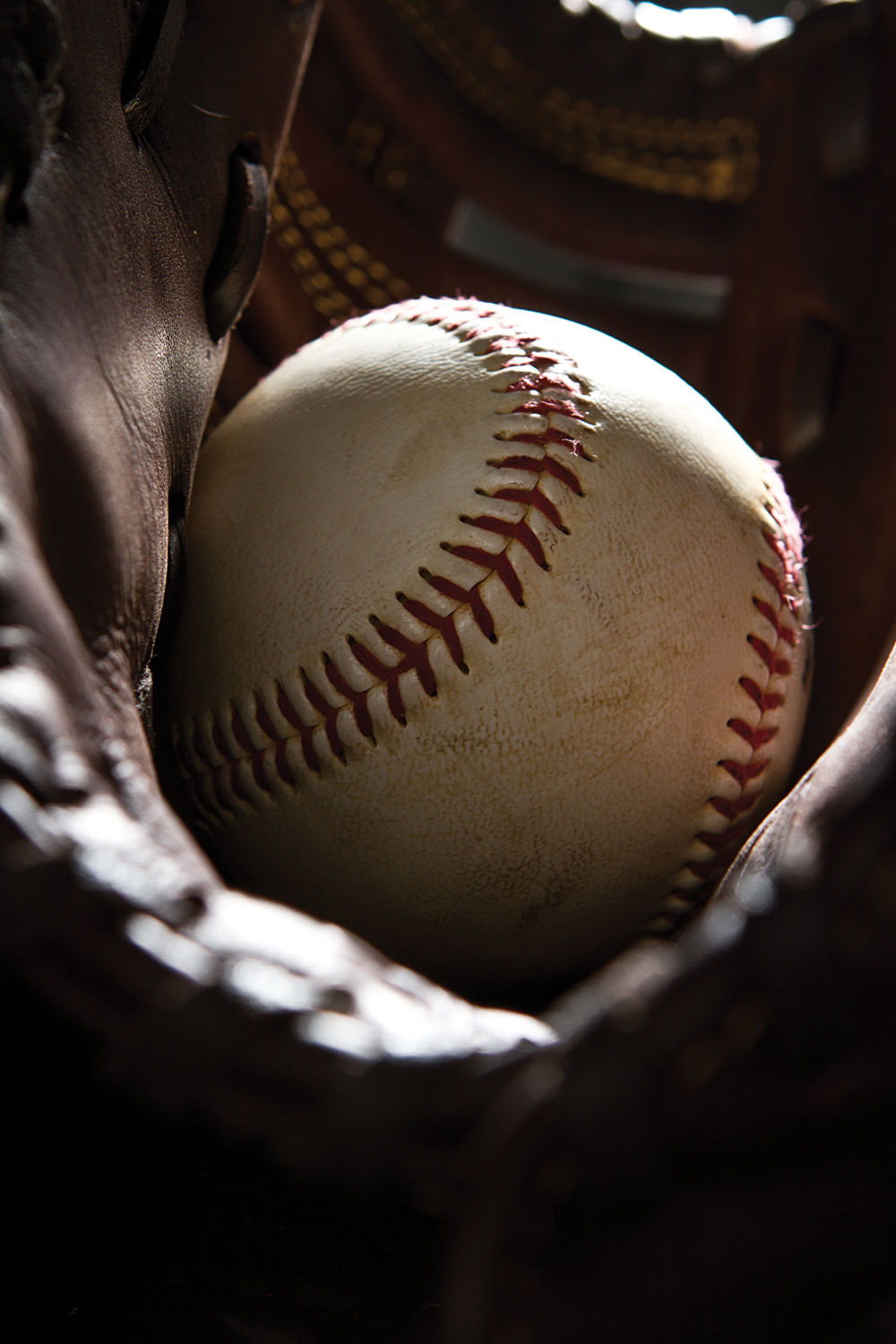 In the 1830s and 40s the first baseballs were created by hand-winding yarn or string around nuts, rocks, bullets or even a sturgeon’s eyeball. The orb would then be covered with a single slab of brown leather or sheepskin and hand-sewn with a “lemon peel” stitch, forming a distinctive X-pattern. There was no standard size or weight. In 1854, the three professional New York teams at the time met and designated a specific weight and circumference, though it still underwent numerous changes throughout the 1860s.

Finally, in 1872 the official measurements became 5oz and 9 inches in circumference, which remains the standard today. At that point, it was also determined that the yarn or string must stretch no more than a mile long. The core (called the pill) is a cork center surrounded by India rubber, the vulcanized latex of tropical plants. The now white aluminum-tanned leather sheath is still hand-sewn, except in the trademark figure-eight pattern. In order to pass muster, a ball must survive MLB’s officially sanctioned testing procedures: being shot from an air cannon at 85 feet-per-second, retaining roundness after 200 hits with 65 pounds of force and not distorting after being squeezed between two anvils.