When the first English settlers arrived in Southampton in 1640, they decided the ideal place for their encampment was an area now known as Olde Town. Just a short stroll to the ocean, on fertile lands with nearby ponds, the settlers began a prosperous tradition of farming. John Kean, the developer responsible for a 50-acre community on what is now some of the most valuable property in the world, is creating a new kind of settlement: 10 homes that at once honor and defy tradition. 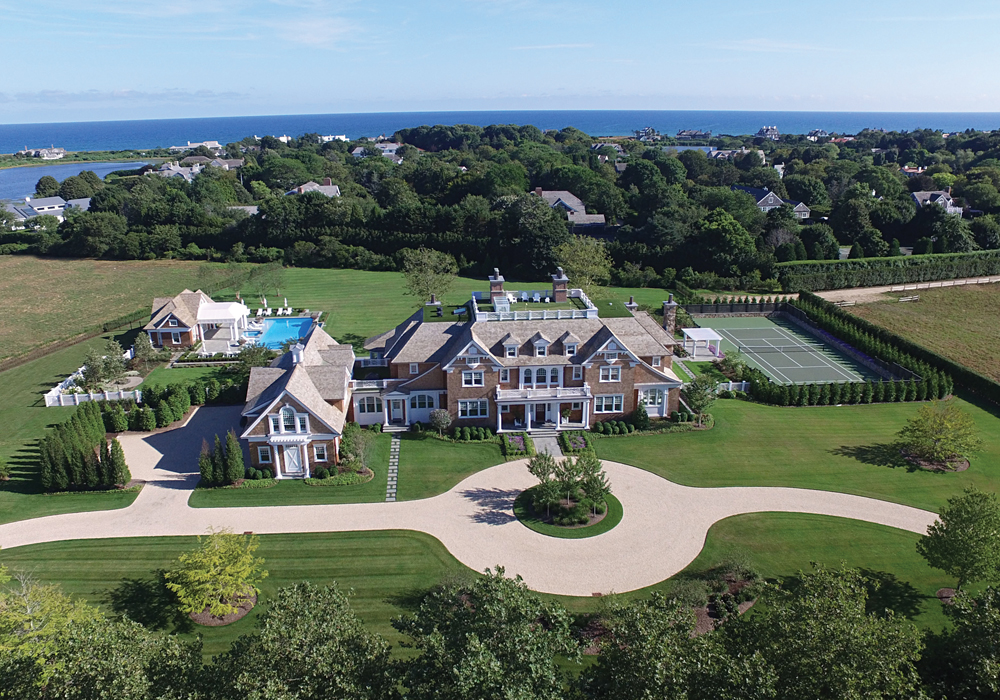 Twin Peaks, an 18,000-square-foot space at 9 Wickapogue Road, is listed at $45 million. And when I met Kean there on a sunny Saturday afternoon, his day was booked solid with pre-approved prospective buyers. Kean hasn’t done spec houses for decades. He usually works closely with clients to help them imagine their dream home. But when he took on this project, he did his homework to figure out whom his client would be. “I’m a custom builder,” said Kean as he walked me through the spectacular 11-bedroom house. “Using 34 years of experience, I know what works and what doesn’t work and what’s going to work in the Hamptons.” 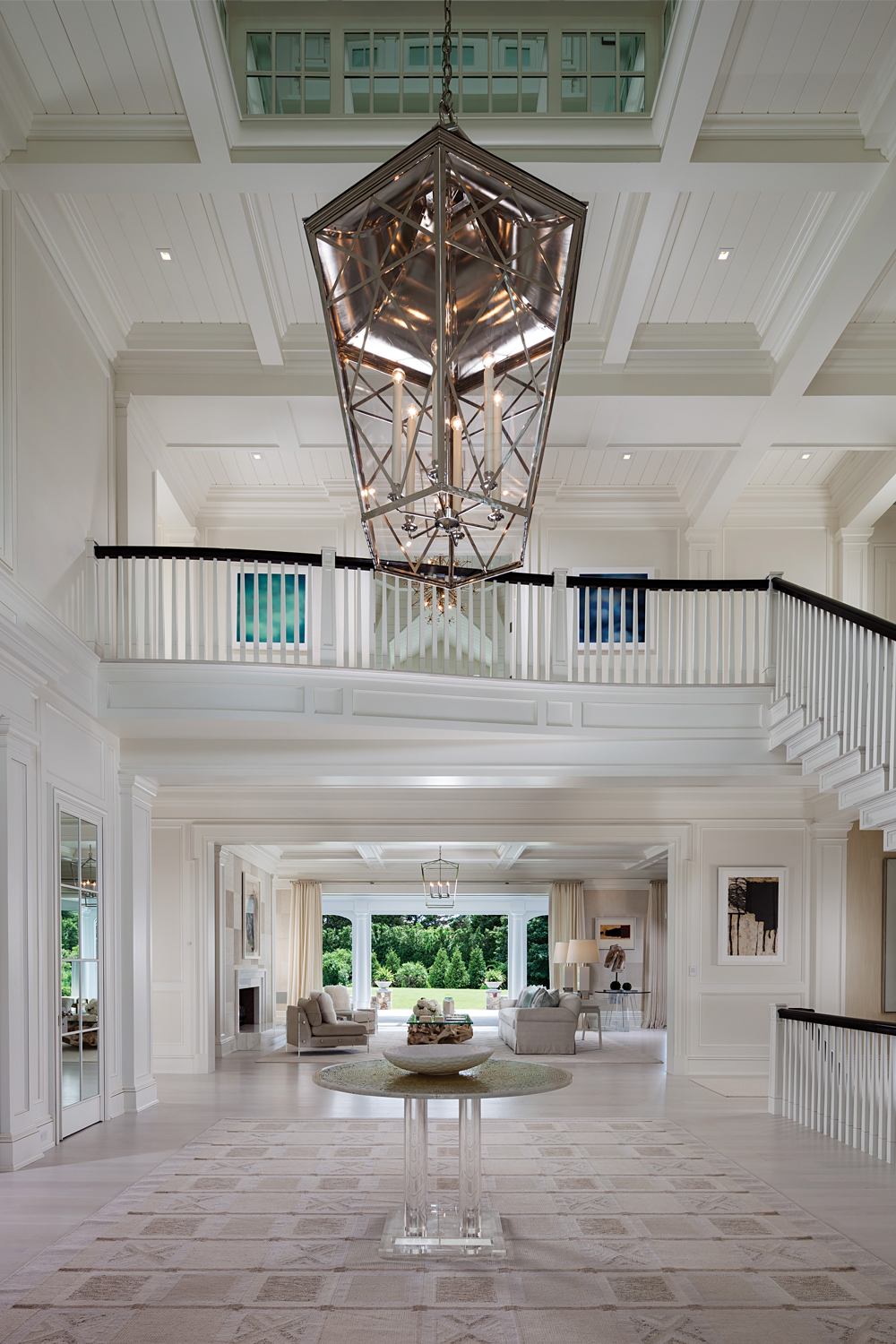 This last part of the equation is crucial, because people are looking for something different in a summer home. Because this is a seasonal spot, the relationship between indoor and outdoor spaces should be at the heart of the design. “When you’re entertaining, the outside and the inside become one. People want to have that outdoor feeling. That’s why you come out here.” As he said this, he pulled out his iPhone and with a few touches the sliding glass doors opened. Even more impressive was when the doors continued to open, the entire back wall virtually vanished. The house is completely electronic and anything from the heat to the doors can be controlled from anywhere.

Stepping out onto the terrace, the view encompasses the outdoor fireplaces, the oversized swimming pool with waterfall and the sunken tennis courts. With a touch of the fingertips, screens drop down to create an enclosed porch protected from bugs. “You close these screens down and then the whole house is open with this massive terrace and all these fireplaces,” said Kean.

Skylights carefully placed throughout the house bring light in, eliminating dark corners. Brightness is a central element of the design. “I studied the Hamptons market for about a year before I started, looking at what worked or didn’t work and realizing what Hamptons buyers want. They want bright, cheery houses.” 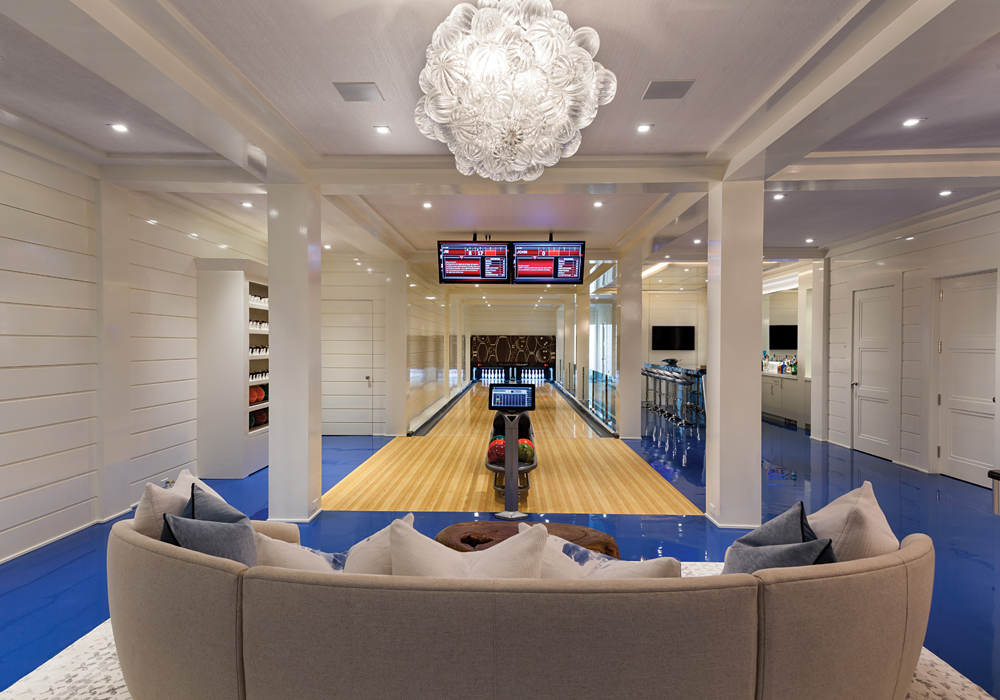 The house is being sold as-is, with carefully curated furniture included (unless the buyer prefers to furnish it themselves). The floors are done in a double-bleached oak. The walls are in shades of whites and creams. Windows encase the property, but Kean knew it was vital to leave wall space. “We designed the house to accommodate art. Particularly people from the city want to have a place to show their art.”

As Kean considered the buyers in the Hamptons market, he found that there are lots of young people. In fact, the first house in the development to sell went to a young family. This younger generation is looking for modern amenities, but they might not want an ultra modern house. Kean sought to strike a balance. “People might not want traditional, but not everybody wants a glass box. We found a happy medium where you get a little contemporary and a little tradition. This is not your grandma’s house.” 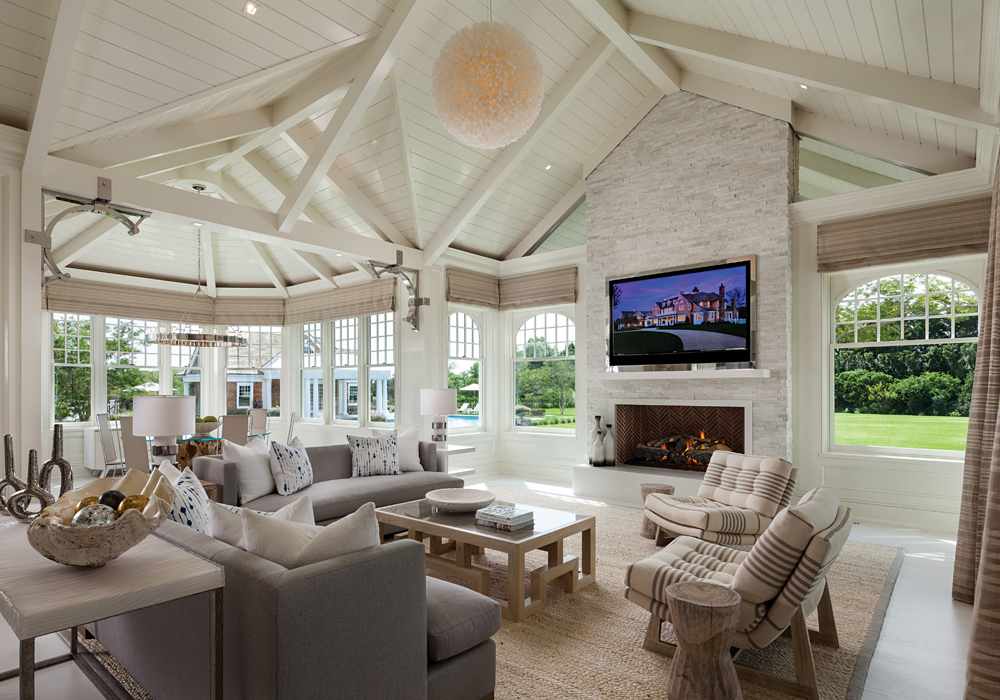 At the same time, it feels right at home in Southampton among the sprawling historic estates. On the outside, it even resembles a weathered coastal mansion. But once through the front door, the sleek, bright spaciousness speaks to a more contemporary and adventurous sensibility. From the ocean-view putting green on the roof to the bowling alleys and movie screening room in the basement, it’s clear that Kean had a lot of fun building this property. “I took the best of everything I learned over 34 years and I put it into this house.”