Inside a crowded elevator, a dapper guide with a husky baritone voice instructed everyone to put on their masks and cease talking because it would upset the other guests. “But, go, look through the McKittrick Hotel, find as you wish,” he added. “And hurry back if you need to.” The doors slid open to a wall of blackness, only scattered shafts of light were visible ahead. A timpani drum braced by 1930s string thundered above. one woman nervously gripped the back of her friend’s shirt. Others skulked ahead waiting for something terrible to happen.

The first room was a psychiatric ward, filled with beds, desks and papers scribbled with notes. But there were no doctors, nurses or patients. I rifled through the drawers, scouring for clues. Another space, sheathed in velvet curtains, was stacked with old maps, animal bones and taxidermist tools. At a desk a man sat studying a dusty book. Across the hall, a war-torn gravesite shimmered in the distance, paving the way to a labyrinth of trees shrouded in silver-blue light.

Every odd prewar set design within this five-story “hotel” was a meticulously crafted work of art. I struggled between moving forward looking for clues and surrendering to my surroundings. 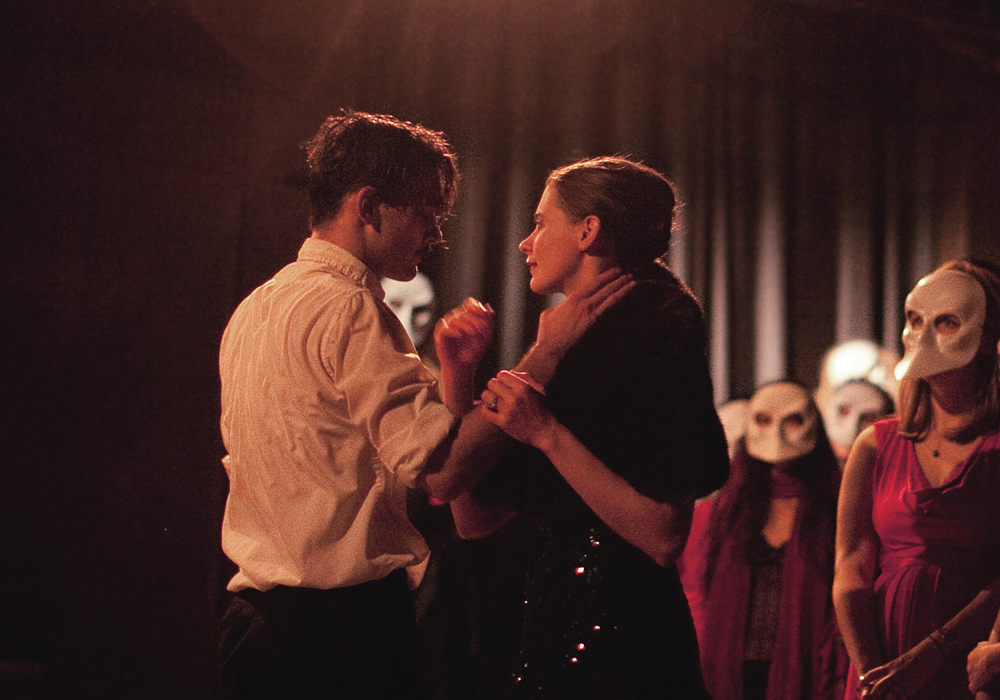 Turning the corner, an unshaven bartender in suspenders stood behind a bar polishing an empty shot glass. There was a thin, old-timey ballad lightly playing. A woman whisked in and sat for a drink. Confronted by the barkeep, she was tossed to the wall. He tried to force a kiss. Their limbs swung about. A pantomimed dance ensued. And then, suddenly, they ran off, swooping down the hallway. The crowd chased after, soaring up two flights of stairs. It appeared as if now we were part of the story, a plot loosely structured on Macbeth.

Upstairs, another man and woman hovered before a bathtub. His hands were covered in blood. His eyes terrorized. Murder was in the air. Quietly, she approached and gently removed his shirt, his pants. Stepping into the tub, he sat in bloody water while she bathed him, cleansing him of his guilt. A ring of onlookers drew nearer; a palpable stillness filled the room. The music softened. Then silence. Everyone pored over every gesture, every breath.

Each successive moment, however abstract, increasingly beguiled the audience. We wanted more. We had to watch. But why? A man methodically taking a shower? A woman caressing herself in wild, choreographed contortions? Two hundred of us, every one, mesmerized by a man that was hanged from the ceiling. What was happening? Where was this going? What were they doing?

We all stood and stared as these tiny narratives unfurled, room after room. We watched and we waited, eager for the next clue. And there in the shadows, we watched each other too.