Clouds lingered overhead, moisture heavy in the air as Adelphi University seniors Esther Leslie and Valerie Rodriquez began sketching on one of the sidewalks at the Garden City campus on Tuesday, Sept. 29. The hours passed and rain held off as the two-blended chalk, and a rendering of one of the all-time favorites and most successful Long Island Pulse covers of the past 10 years took shape.

Leslie and Rodriquez decided for the second year in a row to recreate a Pulse cover during this year’s Adelphi University Chalk Up! event. Every year Adelphi University students and faculty and staff transform the walkways of the campus with images and text in chalk as the kick-off to Ephemeral.

“There was something about this cover that stood out to me,” Leslie said of the cover from March 2012. “The colors are so subtle, you’re drawn to it.” 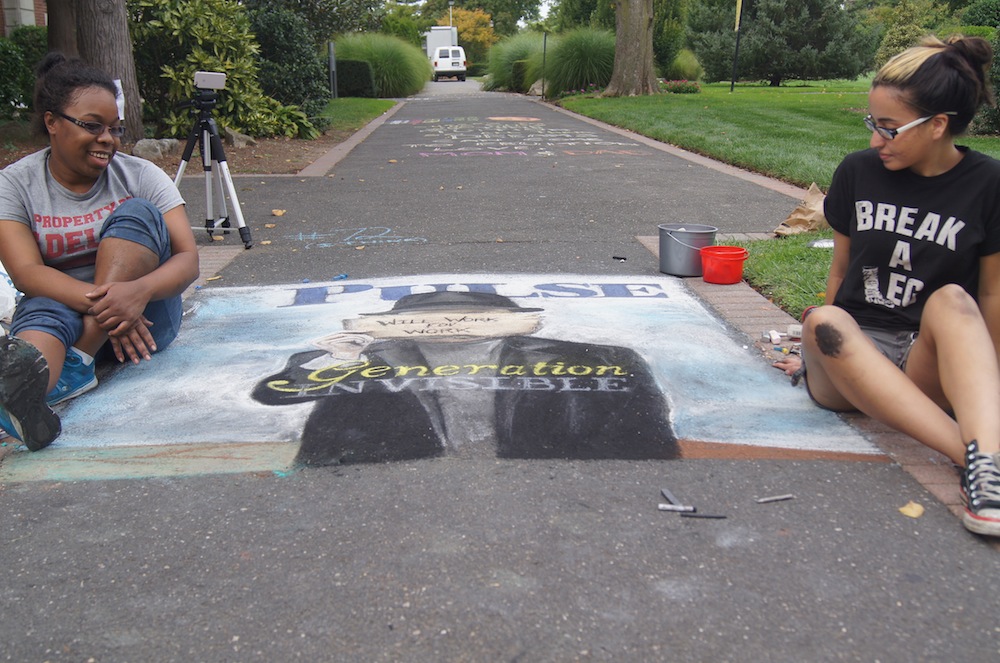 As Chalk Up! came to a close on Tuesday and Leslie and Rodriquez put the final touches on the cover dancers began to gather in the campus center for Ghost Stories the next event in Ephemeral followed by a tour of the exhibit “The Sprits Among Us,” which is on display at the university through October.

And in true Ephemeral fashion the clouds broke just as the two finished.