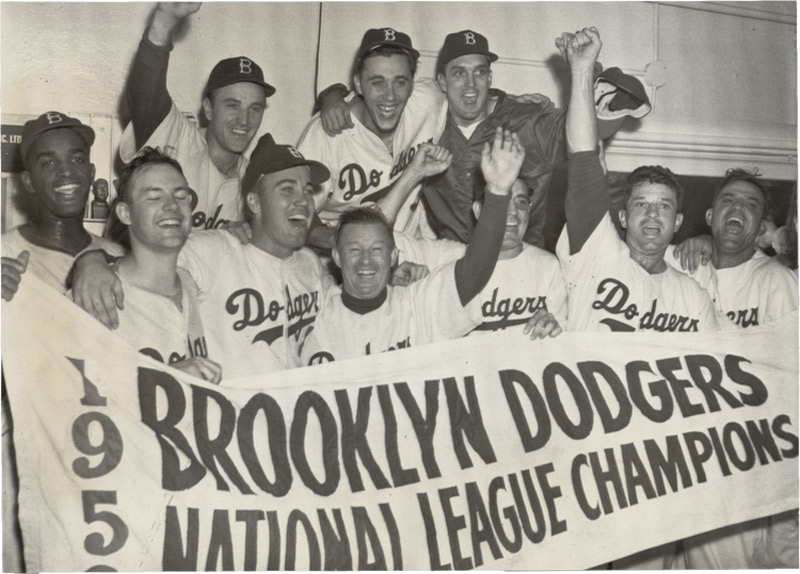 A pennant was just the beginning for the 1955 dodgers credit: flickr creative commons/Simma_Down_Na!!

On Oct. 4 1955, ‘Dem Bums finally got over the hump. After losing four times to the Bronx Bombers (in 1947, ’49, ’52 and ’53) the 1955 Brooklyn Dodgers beat the New York Yankees to claim their first (and only) World Series Championship. For countless, long suffering Dodger fans (then and now) that October was a time to rejoice amid a lifetime of high hopes and constant heartache between the lines at Ebbets Field.

The pivotal moment in Game 7 of the Fall Classic came in the sixth inning. With men on first and second and one out, Yankees catcher Yogi Berra hit a fly ball down the left-field line that looked sure to drop. Left-handed, late-inning defensive replacement Sandy Amoros made a beeline for the ball, extended his glove hand at the last second and made a heroic catch right up against the stands. Not done, he quickly reset his feet and threw a strike to Dodgers shortstop Pee Wee Reese, who was perfectly positioned to relay the throw to Gil Hodges at first, doubling up Gil McDougald and ending the Yankees only threat. Series MVP Johnny Podres took care of the rest: he shut the Yankees out in the final three frames and the trophy finally belonged to Brooklyn.

Stony Brook Baseball Team
Sharing Shea
The Ultimate Baseball Experience
My father grew up within walking distance to Ebbets Field, bleeding Dodger blue throughout the 1940s and ‘50s. My childhood was filled with stories and lessons tied to those teams. Of course, Jackie Robinson was an example of equality, bravery and heroism. Duke Snider was an adopted favorite son of the city, revered and remembered as one of the best outfielders of the era. And in a cautionary tale, Roy Campanella’s storied career was cut short by tragedy when his car hit a patch of ice on Glen Cove Road in the winter of 1958, landing the charismatic and talented catcher in a wheelchair for the rest of his life.

For me, a young shortstop with a decent glove and no stick, there were finer points to be taken from the game itself. Like so many fathers – then, now and always – my dad would tell me time and again that baseball (and life) was a game of inches, timing was everything, and sometimes it was better to be lucky than good. These were big lessons borne of small details. And in October of ‘55, the Brooklyn Dodgers proved them all true.

In his award winning documentary 1955: Seven Days of Fall, director/producer and Huntington native Rory Fielding weaves the Dodgers’ tale of David vs. Goliath through the streets, cable cars, soda shops and everyday life of Brooklyn in the ‘50s. The Dodgers weren’t just Brooklyn’s team, they were Brooklyn boys.

“If there’s a single word to describe the 1955 Brooklyn Dodgers, it’s connection,” said Fielding. “Particularly between fathers and sons and to the Brooklyn community. In the offseason, the players were car salesmen and ironworkers. These icons were just like the fans that adored them. Players shopped in the neighborhood, went to the local barbershop and markets. The community and players were inseparable.” In the six decades since, suburban sprawl may have diluted this dynamic, but it has not watered down the feelings, the memories and the folklore. 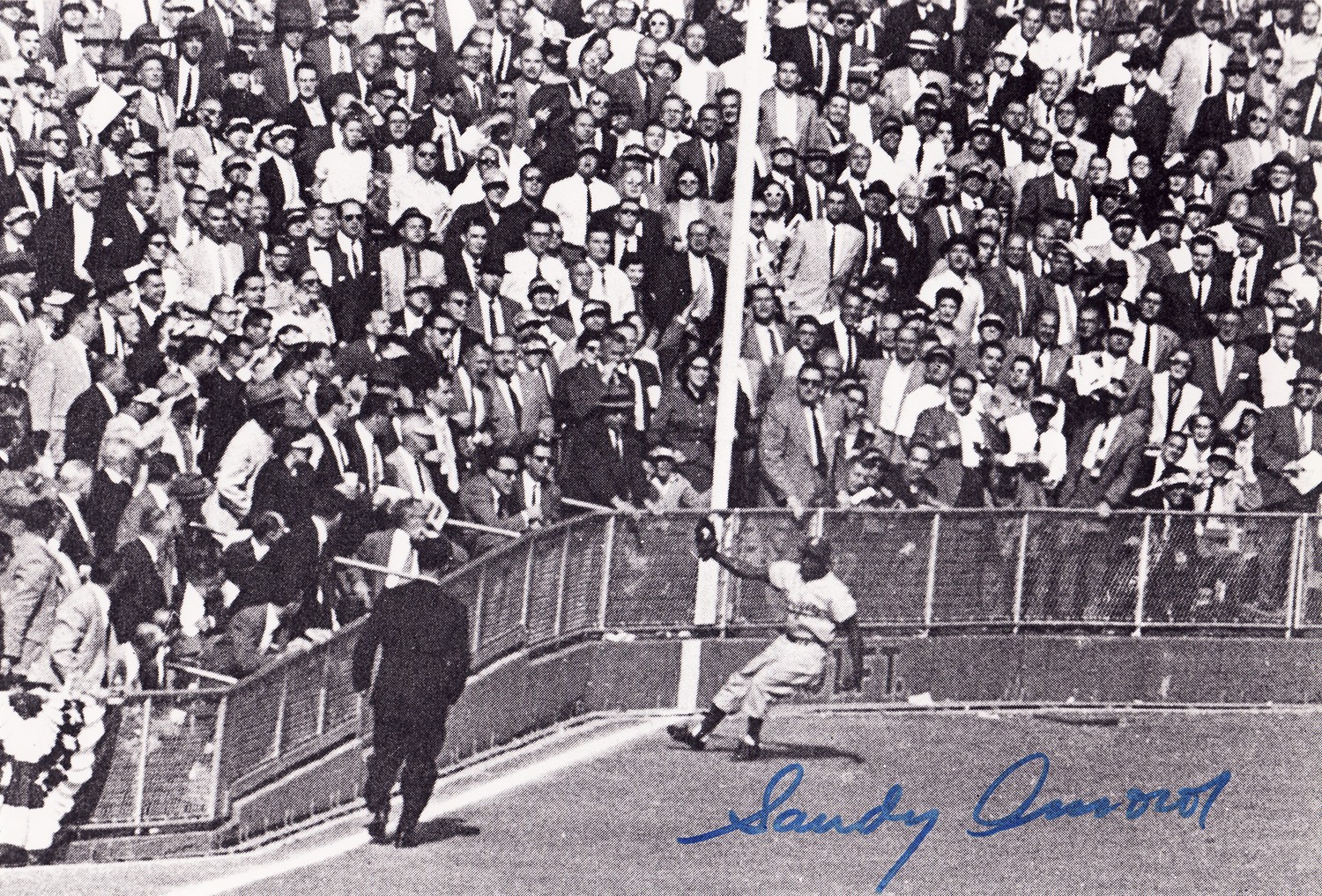 I recently saw 1955: Seven Days of Fall on TV. As I watched the tightly woven narrative full of nostalgia, iconic imagery and suspense (despite the well-known outcome), I happily indulged memories of my father’s lessons, just as he had often indulged memories of his own. Unlike the old days, there’s no more opening the window and shouting down onto Woodruff Avenue. So I just shot him a text:

Me: Just saw a cool doc on the ’55 Dodgers.
Dad: If Amoros was right-handed…
Me: The Dodgers never win the Series.
Dad: And if Pee Wee…
Me: Isn’t facing the infield he never has a shot to double up McDougald.
Dad: Position and timing.
Me: I know, Pop.
Dad: I know you do, son. Xo.