It’s hard for Mac Titmus, Vice President of North Shore Art Guild, not tear up when he talks about the Artists United Against Breast Cancer: Victors of Survival exhibit on display at the Port Jefferson Community Center. He’s worked for two years with President Arlene Thek to make the show, which benefits the The Fortunato Breast Health Center at John T. Mather Hospital, happen. It’s more than that though. It’s personal.

“My mother had a double mastectomy and my wife’s 11 years a survivor so it was natural,” he said. “They both went through Fortunado.”

An artist himself, Titmus knows first hand how therapeutic creating and sharing art can be during life’s darkest moments.

“When you see what you felt is also felt by other people, it somewhat validates your own feelings because most of the time we don’t discuss the things that go on that aren’t pleasant,” Titmus said. “When you bring them out in the open and people listen to them and talk also, you see you’re not alone. That’s a big part of this.” 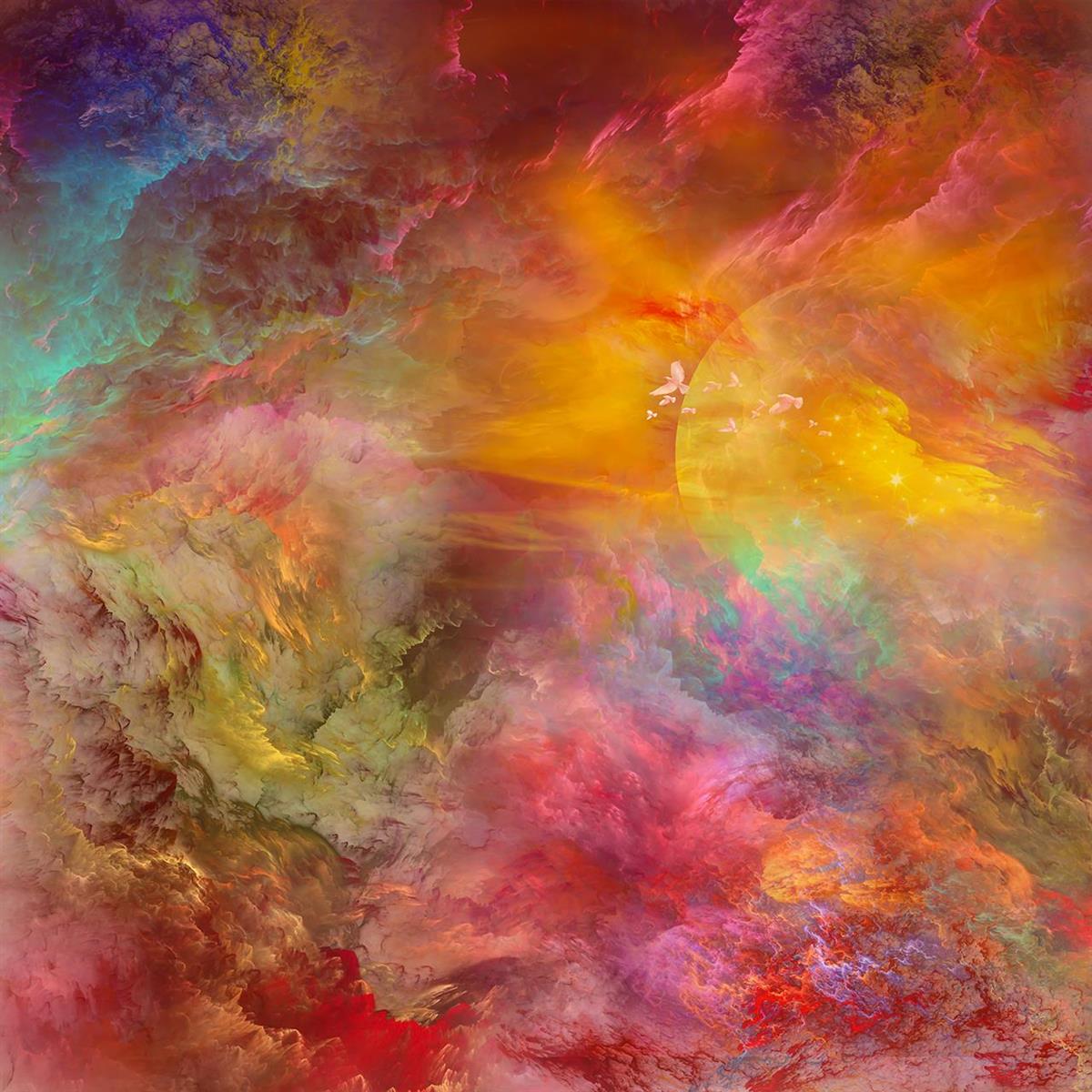 Validate, and also inspire. His piece in the show, “ReBirth,” a digital painting, illustrates the beauty in the struggle and glory of surviving cancer.

“We have people in the show who are going through recovery and it’s good for them to know people have done it, that they can come out on the other side feeling better and that there’s hope,” Titmus said.

And the feeling of community extends to residents of and visitors to Port Jefferson who will have an opportunity to see the exhibit, which will take them on an emotional roller coaster.

“What makes it unique also, important but also unique, is that it’s a very public space,” Thek said. “Families come in here. It opens up avenues of conversation. It starts off with children’s curiosity, but the expressions are so imaginative that it sometimes can be a frightening experience, a scar, or it can be a triumph.” 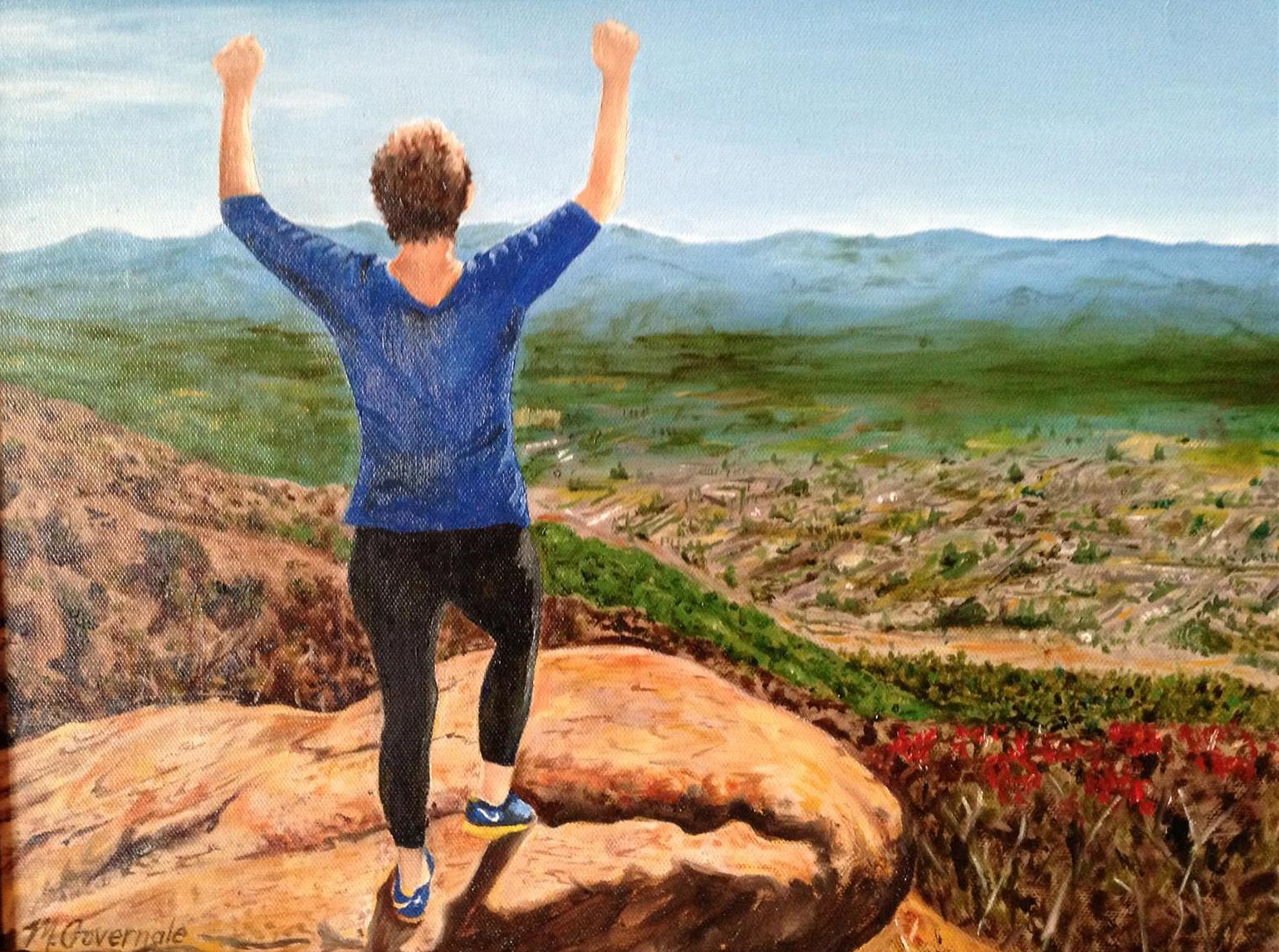 Families can walk past a piece by Bernadette PH De Nyse, in which a women is grabbing her head in anguish. “This is what grandma felt like when she got her diagnosis,” Thek hopes they might say. On the other side of the room hangs “Victory at Ojai,” a painting of and by Margaret Governale at the top of Ojai. It’s a symbol of hope for people or families with loved ones going through treatment. She climbed the California mountain with her daughter after finishing treatment in October 2013. “It felt so good that I was able to go back to some of the things I loved after my treatment. That was a victory for me,” Governale said in her artist statement.

Having the exhibit come to fruition has been a victory for Titmus. His efforts in putting the show together inspired Mather Hospital and the Village of Port Jefferson to “Paint the Town Pink.” On Oct. 1, Port Jefferson Mayor Margot Garant flipped a switch, lighting up the Village Hall tree in pink lights. Mather Hospital, Threatre Three’s marquee, the downtown water fountains and local retainers will also be decked out in pink, and students at Edna Louise Spear Elementary School, Port Jefferson Middle School and Earl L. Vandermeulen High School will raise funds for breast cancer awareness.

For Titmus, who watched two of the women he loves the most in this world battle the disease, to see his idea for an art exhibit turn into a community-wide initiative is difficult to put into words, but he tried.

“It’s kind of overwhelming,” Titmus said, choking up. “It snowballed so far beyond my original idea that it’s hard to grasp.”

If You Go
Artists United Against Breast Cancer: Victors of Survival
When: Open through Oct. 31
Where: Port Jefferson Village Center, 101 East Broadway, Port Jefferson
More Information: 25 percent of all artwork sales plus all other proceeds will go to The Fortunato Breast Health Center at John T. Mather Hospital