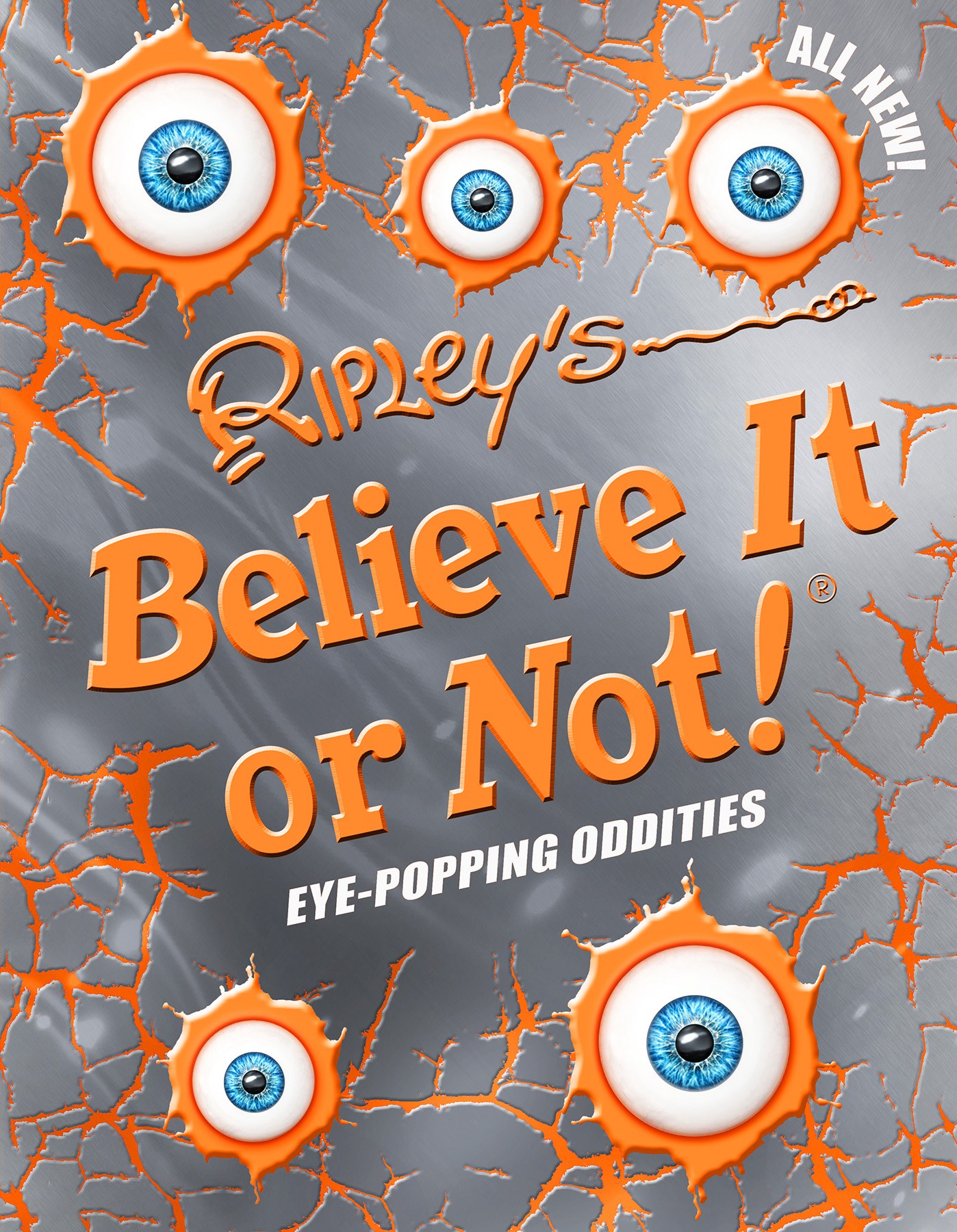 You’ve said that before, a dozen times. Maybe you’ve even heard it today from someone who’s joking with you, poking you, teasing you with something that’s so outrageous you can’t wrap your head around it. But here: you’re no fool, so maybe it’s time to look at the new book, Ripley’s Believe It or Not! Eye-Popping Oddities, where there’s really no kidding allowed.

The world is a very weird place, and it gets weirder all the time. Case in point: the things you’ll find inside Ripley’s Believe It or Not! Eye-Popping Oddities– like, for instance, the strange objects people collect. Someone in Ohio collects bedpans. There are a lot of people who collect ink on their bodies. A man in California collected keys, a girl in Pennsylvania loves nail polish, a woman in New York collects fashion-doll parts to create jewelry. And you’ll be amazed at what can be made from collections of bones…

Everybody loves animals, right? Then how about the four-eyed mouse spotted in Florida? Or a dog who’s learned to be a horse-trainer, or a bird who saved his owner’s life by squawking. Read about the Illinois cow that’s taller than a basketball player, the bat-cave in Texas (no, not Batman’s cave), and find out what you’re really wearing when you don silk clothing.

Did you ever have an idea that seemed like a good one at the time? Bet you’ve never thought about standing in the middle of a fireworks display, lighting a fire on your tongue, tattooing your eyeballs, or putting poisonous spiders in your mouth. Yep, somebody’s thought of those things and you’ll see them in this book.

Here, you’ll read about a 3,200-year-old tree, a boy with a tail, and a secret swimming pool in the middle of the desert, accessible only by “treasure hunt.” Find out about the comedian who played a trick on everybody in Hollywood and see which star was the first to have 100 million Facebook fans. Learn about funky fashion, a lost-leg-turned-lamp, ancient medical devices, things that make you say “eeeuuuuwww,” and the sad stories of the “pinhead” sisters and Julia Pastrana.

And if that don’t make your eyeballs pop, then maybe this will: full-color pictures inside accompany many of the things I mentioned, above, “Ripley’s Believe It or Not! Eye-Popping Oddities.

But really, that shouldn’t come as a surprise: Ripley’s books today are the same quality entertainment they were when you were a kid; in fact, this book reaches back many decades to include old sideshow photographs, biographies, and words about Robert Ripley, the organization’s founder. You can trust, therefore, that what you’ll find here is squirmy, icky, cool, weird, and fascinating, but respectful.

I’m not sure that I’d give this book to a small child, but kids ages 12-and-up could probably handle what’s inside and adults can enjoy it, guilt-free. It’s got variety enough to appeal to every interest, so look for it and have fun because Ripley’s Believe It or Not! Eye-Popping Oddities isn’t just for the kiddoes, you know.