October is National Pizza Month. Here at Pulse, we were under the impression that was every month. No other place in the country appreciates pizza like Long Islanders. In honor of the occasion, I wanted to know: where do you go for the best slice on the Island; for weekly family dinners and late-night meals worth the morning-after guilt, for traditional cheese or new-fangled toppings only a Long Island pizza joint could dream up? As usual, you were the perfect guides. Make room in your stomachs for at least three slices at these eight spots. 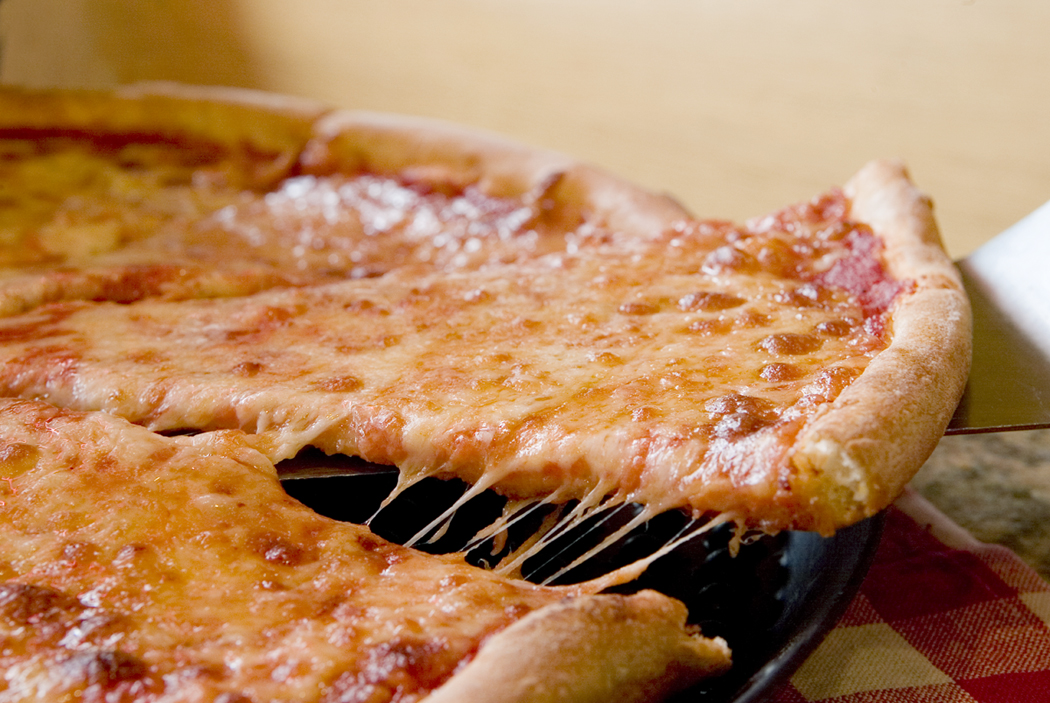 Gino’s is a small family owned and operated business that’s big on taste, quality and service. That’s why owners Gino and Dom have been serving Long Islanders Sicilian and Neapolitan pizza, zeppoles, calzones and rolls since 1976. One taste of the traditional slice with a thin crust cooked to perfection and you’ll become a regular. Go there

It’s not summer in the Hamptons without at least 12 trips to Pizzetteria Brunetti in Westhampton, where there’s no thinking twice before devouring a third slice of Neapolitan pizza. The summer hotspot is open Thursdays through Sundays throughout the winter, and those of you who live and work in the city are in luck: Pizzetteria Brunetti has opened a Manhattan outpost. Go there 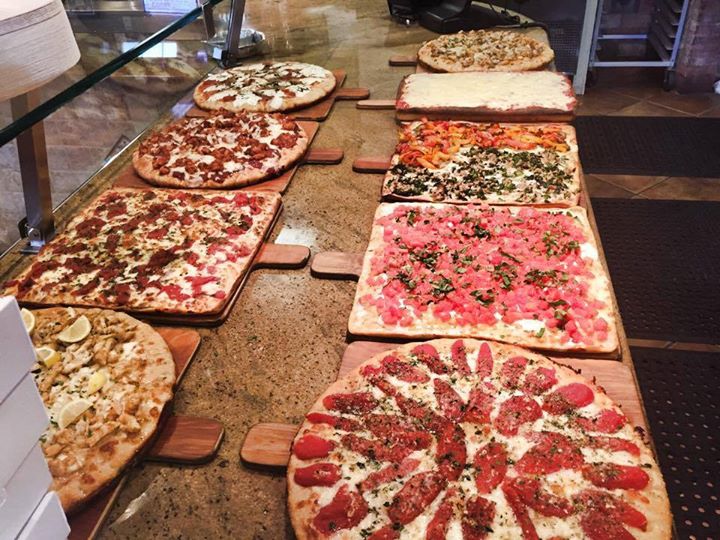 The old-world, Tuscan-style decor is so inviting, you’ll want to sit down even if you intended on getting takeout. Whether you stick to your original plans or not, you can’t go wrong with the brick-oven margarita pizza and a salad. If you’re the kind of person who believes it isn’t pizza night without a glass or two of great red wine, order a bottle from the extensive wine list. Go there

Bono’s regulars swear the crispy, crunchy crust is like no other. The marinara sauce and nearly dozens of topping choices aren’t too bad either. Go there (Deer Park) | Go there (Bayshore) 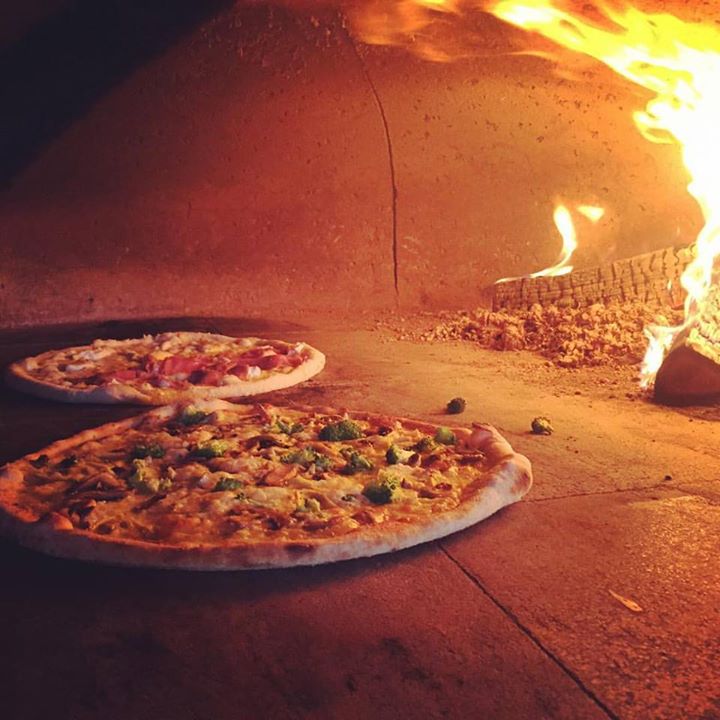 When on the North Fork, make a beeline to 1943 Pizza Bar. The quaint vibe, topping options that include everything from hot cherry peppers to fresh little neck clams and a wine list that features local vintages make it a staple on Long Islanders’ NoFo day trip itineraries. Go there 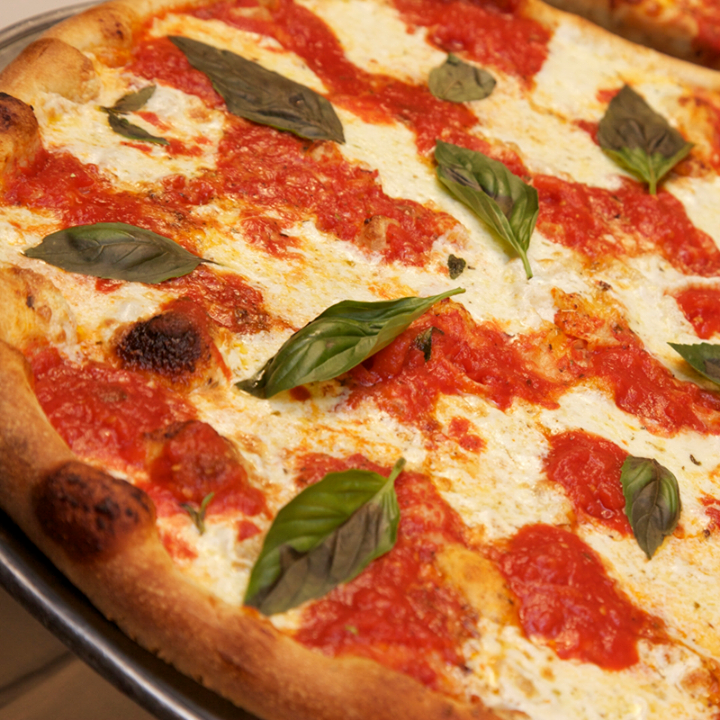 Umberto’s has been serving Long Islanders pizza since 1965

The original Umberto’s in New Hyde Park has grown from the cozy pizzeria Umberto Corteo that younger brothers Joe and Carlo opened in 1965 to a majestic Tuscan architectural two-story restaurant with a full-service cafe and four-star dining room. The tradition of to-die-for Sicilian pizza has remained the same and carried over when Joe and Carlo opened a Wantagh location in 2004. Go there (New Hyde Park) | Go there (Wantagh) 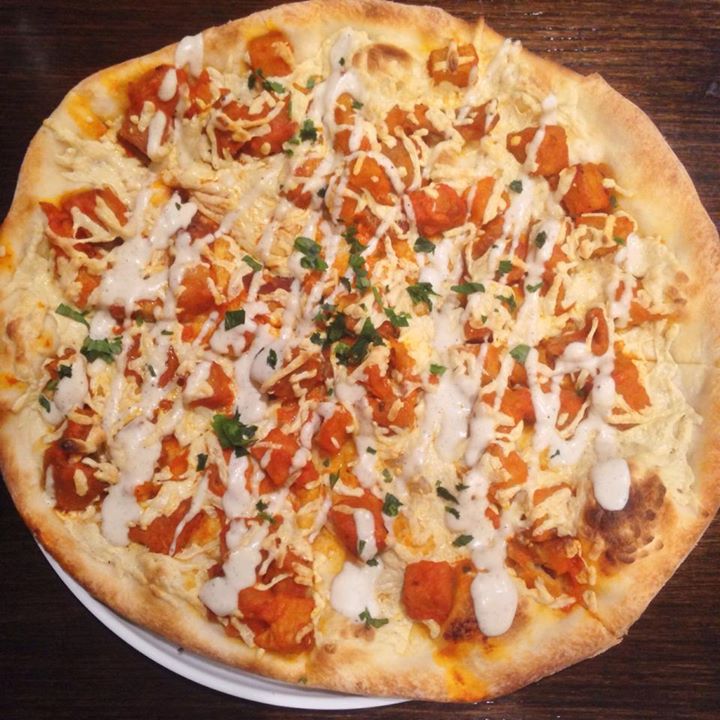 3 Brothers Pizza even has a vegan menu

A joint even your gluten-free and vegan friends will want to frequent. There’s an entire vegan menu with toppings like daiya tapioca mozzarella, cashew-tofu ricotta and soy Parmesan. If that’s a completely different language to you, don’t worry, there’s a regular menu as well. Go there 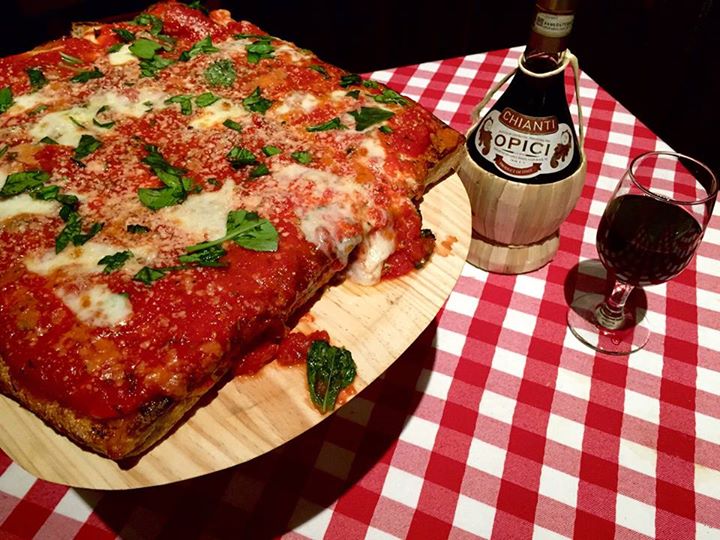 A taste of Sicily in Nassau County

The Blue Moon tradition started more than 50 years ago when Cosimo Montemurro opened a restaurant. Now in the capable hands of his grandson, Raymond Montemurro, the family recipes remain the same, hearty and delicious with a twist. One bite of your first slice and you’ll understand why Blue Moon has stood the test of time. Go there