Collecting art is as personal as it gets. It’s what makes a house a home. Long Island art collectors Susan Steiger and Richard Verchick have several homes filled with their eclectic tastes. In more than 20 years of collecting, the two have amassed about 75 works, which are spread between an East Hampton house and two Manhattan apartments. They have pieces from New York, Africa and Tibet. Steiger, introduced to us via Howard Shapiro of Lawrence Fine Art, gave Long Island Pulse a peek at her collection and how the curating process works.

Long Island Pulse: Why do you collect art?
Susan Steiger: Twenty years ago, I became friendly with Stephen Rosenberg, who runs a gallery in New York, and I would go visit and look at the art. There was one piece I liked, but I really didn’t think of myself as a person who buys art. [Rosenberg] came over to my apartment one evening and brought it with him and said I had to have it. I still have it in the front of my hallway, and I still love it. [The painting is of a tree by artist Richard Ballard.]

When I understood that I could do it, i.e. buy art, it just became a serious habit. Richard and I have become addicted. Of course, we had both taken advanced art courses in college, so we already had an interest and a somewhat educated eye. I had actually bought some Japanese woodblock prints before [my first major purchase], but that was because I had spent time in Japan and developed a taste for it. But I didn’t think that made me a collector until I bought the painting from Stephen’s gallery. 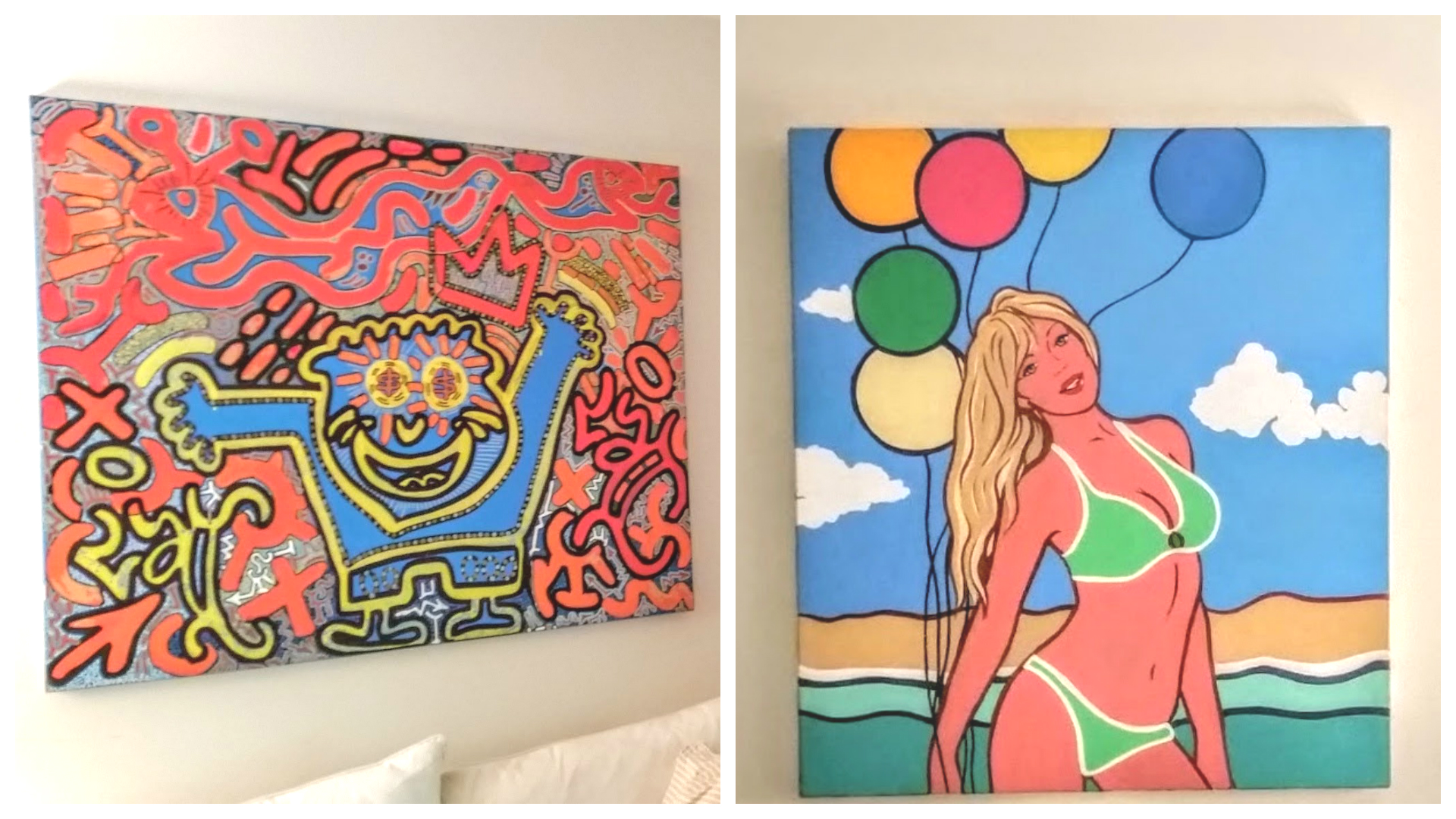 Pulse: What are your criteria for choosing an artwork to add to your collection?
SS: Mostly, Richard and I buy paintings as they go on the wall and don’t clutter up a room. Over the last 15 years, we have filled the walls of our house in East Hampton, which has a cathedral ceiling that we can double up on. I have filled the walls of my apartment, as well. Richard has a lot in his apartment also.

Sometimes I don’t want something that he likes, so he takes it home. The criteria is loose. It is something that speaks to us. It can be abstract or figurative. Mostly all [of the pieces are from] emerging artists who are mostly all still alive, working, and reasonably priced. I do have a number of Japanese woodblock prints, of which I am very fond; and a gold leaf, Japanese, two-panel piece; and a few works by current Japanese artists. We like going to the art fairs because if we see something we like, we can walk around and come back to it and perhaps one or two others and compare [them] before making a decision. Of course, price matters too. We have several paintings by artists who are coming up in the world, so maybe they will have increased value at some time.

Pulse: About how many pieces do you currently own, and what type of media are they?
SS: I think there are at least 50 pieces in the house and another 25 pieces in my apartment. We do have some sculpture pieces: one from a Korean sculptor and a stone piece that we bought in Africa. Don’t have anything in the way of antiques, but we do have a wonderful Tibetan altarpiece and a Chinese low-slung drawer piece. We also have just bought a pop art painting from a woman painter who died recently and another painting by a guy who worked a lot with Keith Haring. 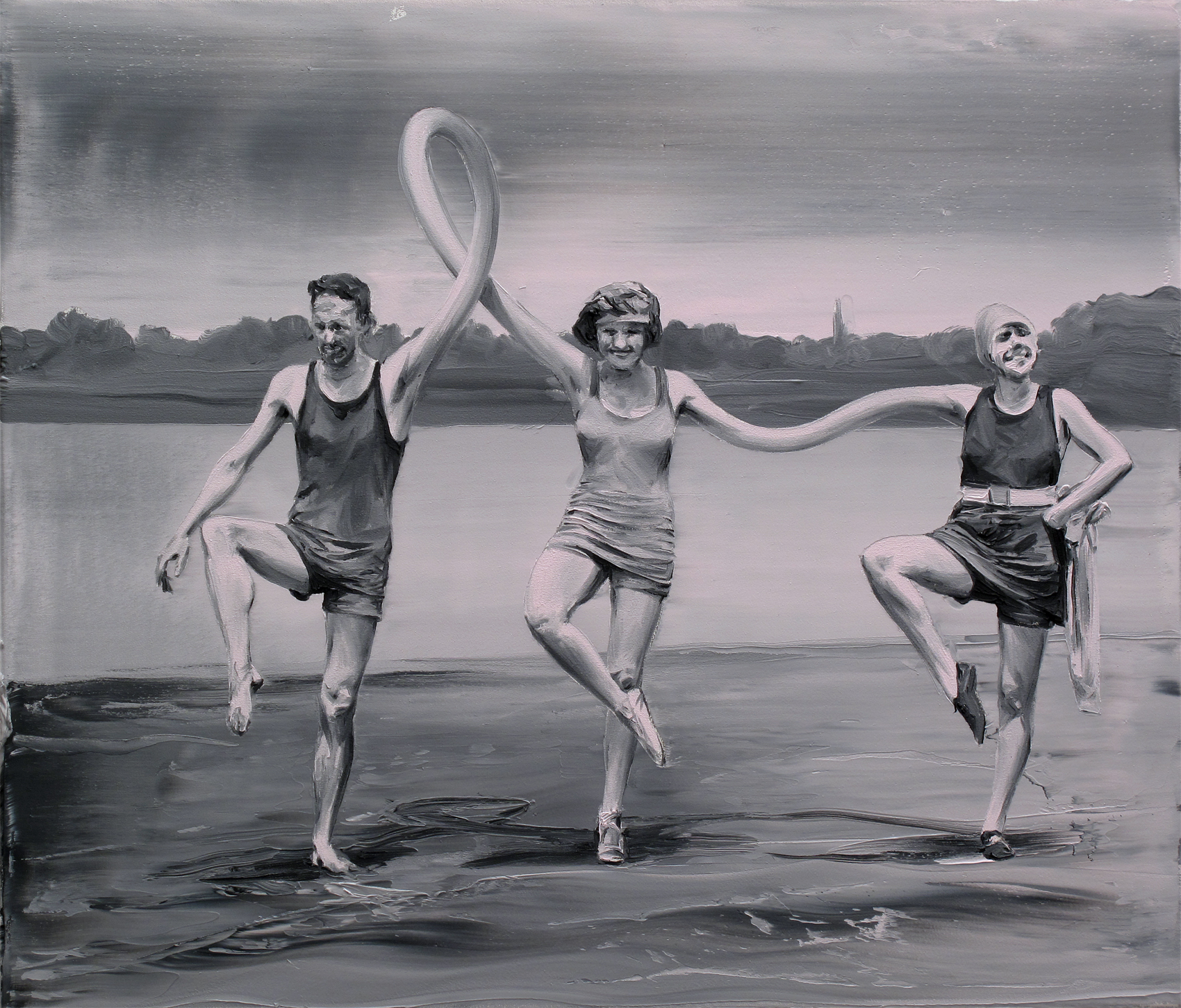 Pulse: Which is your favorite displayed artwork?
SS: Really hard to say. It depends on the time of day. We have two paintings by a Spanish artist named Paco Pomet that I really like, plus a painting by Joanne Greenbaum: a large, very bright, abstract painting that has the place of honor in our living room in the house.

Pulse: Do you have any affiliation to the art world professionally?
SS: No, but we have made friends with gallery people from around the world who we have met at various art fairs.

Pulse: What advice would you give others looking to start a collection?
SS: Buy what speaks to you and what you can afford (or a bit more than you can afford). And don’t worry about whether the art varies a lot. When you buy something, walk it around the house until it tells you where it wants to be hung.