Embrace the fall vibe by experiencing the country, rock and swing sounds of Brooklyn-based band Shotgun Wedding. The five-chamber band, Dennis DelGaudio (guitar/vocals), Wade Preston (piano/vocals), Catherine Porter (vocals), Andy Cichon (bass/vocals) and Chuck Burgi (drums), of classically trained, arena-style, Broadway players and musicians are blazing their own trail with a new genre of music they’ve dubbed “city country.” Don’t stop reading. These are serious musicians, Cichon and Burgi are current Billy Joel Band members, DelGaudio played with Billy Joel at Last Play at Shea, and Joel handpicked Preston for the Broadway smash “Movin’ Out.”  Porter has graced the West End and Broadway stages and toured with rock greats that include Brian May and Guns-N-Roses.

The band’s songs reflect city life with a classic Bakersfield Country vibe shook with rock-n-roll and a dash of swing:

trying to get to work and I’m running late
dropped a dollar in a guitar players beat up case
cause there’s a track fire on the F line one stop before mine
– “City Boy.”

These are musicians who love the sound and story-telling nature of classic country music, but they grew up in the suburbs and aren’t going to pretend to be something they’re not. The band’s music and lyrics capture both the pace and diversity of city life.

Long Island Pulse: Tell me a bit about Shotgun Wedding: How did you guys get started?
Dennis DelGaudio: I formed the band back in 2011. I had this desire to get back to playing some real music and I’ve always been a fan of real classic country music. Wade and I started it without much fan fare and soon there after we got Chuck, we already knew each other from Movin’ Out and then we met Catherine and invited her to join in.

Pulse: Catherine, you’re the newest member of Shotgun Wedding? How did that come about?
Catherine Porter: I did this random gig in Lake George and hit it off with Wade who was also there. He went: you need to come and audition. He hooked me up with Dennis and he sent me seven songs to perform, I was thinking I should charge them but I’m so glad I did the audition, it’s been the best musical experience.

Pulse: How did the mix of city and country sound come about?
DD: We’re all rock and rollers, and real rock and roll has always taken from other music. We wanted to set ourselves a little and have classic country as a foundation, but while country is very guitar driven we have a twist with the piano and it really gives it a unique city feel.

Pulse: How do you get the country/city sound to blend together so seamlessly?
CP: We’re not foraging our own genre, but we kind of are. Most country music is about country life: girls in tight blue jeans, beer, trucks, but we don’t have experiences as Southerns. We can’t write something we don’t know. So, we blend real old school country with city stories because that’s what we know. Musically it has elements of country, jazz, even hip-hop and the city part we talk liberties with. We sound like an authentic country band but with these stories that are not Route 66. 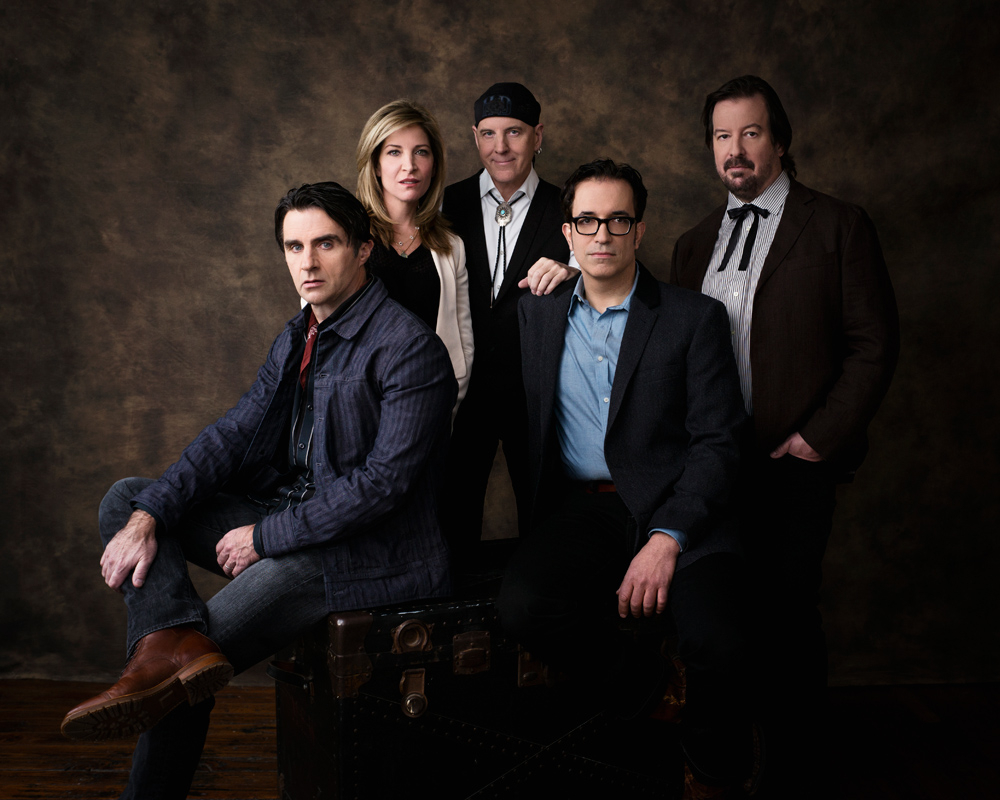 Pulse: We can get the album at shows now, but can we expect a wider distribution?
DD: We’re going to be releasing the record officially in January.

Pulse: What inspires you lyrically?
DD: Sometimes inspiration wakes you up in the middle of the night it just comes to you and other times it’s an exercise. With “Footsteps Away,” Andy and I sat down together, having nothing and then the idea that you live in the city and you can step outside your door and anything and everything is right there came to us. It’s always being aware of your surroundings and your thoughts and your subconscious.

CP: I always think of ideas I love and sometimes I get completely side reeled, staying focused is my challenge. Being in a moving vehicle inspires me for some reason. I think the best ideas just come to you. It’s not specific things.

Pulse: Who are some of your influencers?
DD: The Beetles are everything. When I listen to them I still feel like the 13-year-old kid I was when I started playing guitar, like anything is possible. The Rolling Stones a little bit and then country musicians such as George Jones and Loretta Lynn and then great guitar players. Jim Campilongo is a NYC guitar player and he is one of my favorites, inspires me constantly.

Pulse: What can we expect at Sands Point Preserve?
DD: A kickin’ band, lots of vocal harmonies, a lot of music, a lot of good music. You’ll leave feeling good.

CP: I love them all. I love “City Boy,” it epitomizes the band. It’s a cowboy having a city experience and he meets the girl. It’s just very hooky and memorable, but I love singing all of them.