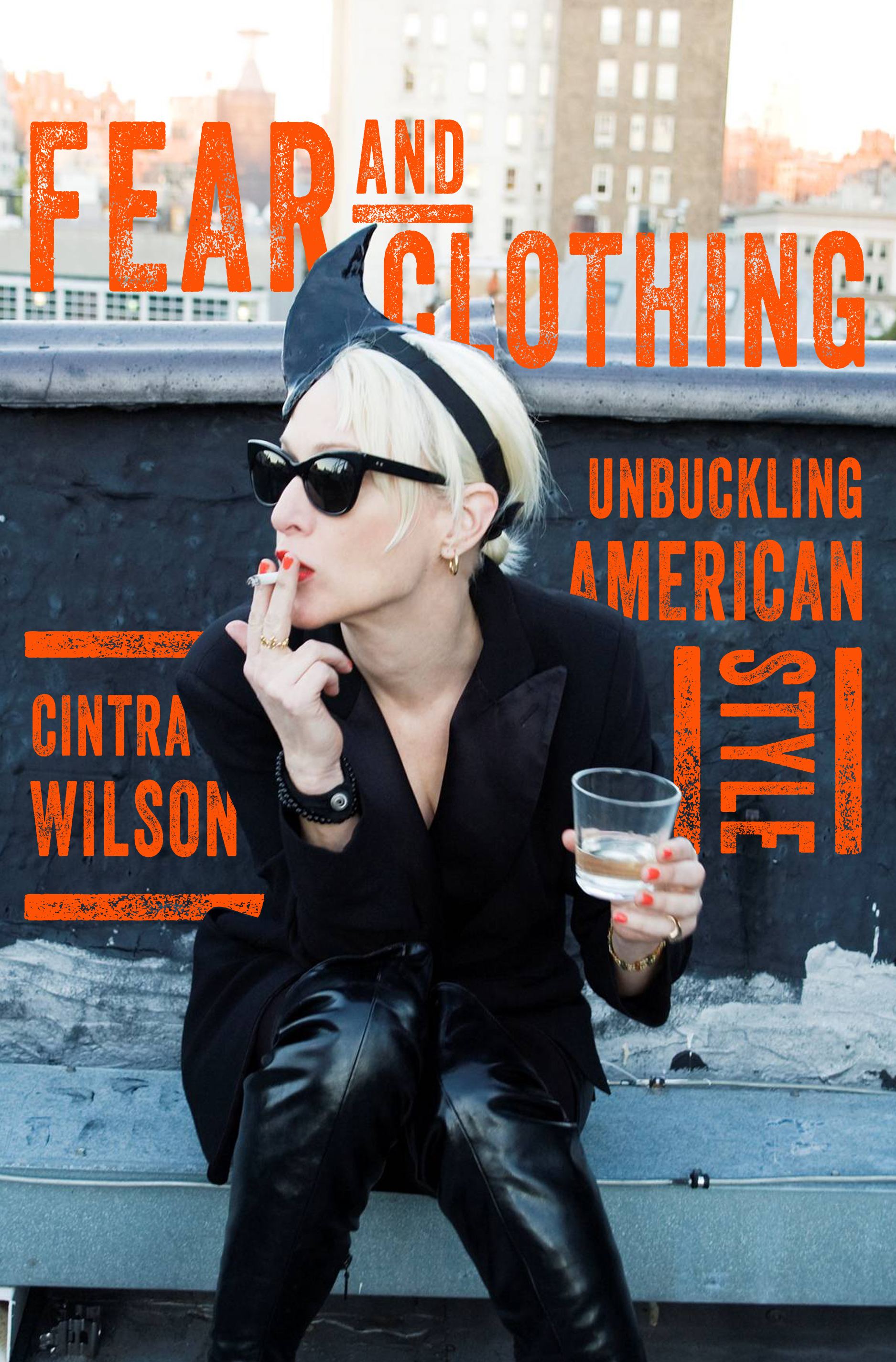 Veronica Lake had her “peek-a-boo.”

Jackie O loved her pearls. Mary Quant made a teeny-weeny mini, perfect for the twiggy body of Twiggy. Kate Moss was waifish, Joan Collins pushed our shoulders out to there, and JLo and Nikki push the envelope every chance they get.

So what’s your style? Dress up, dress down or, as Cintra Wilson says in her new book Fear and Clothing, is fashion dictated by where you live?

Oh, what to wear, what to wear? Deciding, says Cintra Wilson, is a little like “portable feng-shui, right on your body.” Clothes cover, costume, decorate, indicate personality, point at politics, and they speak volumes to fashion-watchers and journalists like Wilson, a freelance fashion critic for the New York Times whose work and an “absorbing curiosity” take her from runway to retail stores.

For this book, she traveled to places around the U.S. – both familiar and new to her – to report about style in various “belts.”

In San Francisco, “The Macramé Belt” where Wilson grew up, she notes that the city is “one of the few places… where a person really can create a fantasy avatar… and live in that costume full-time…” People come to San Francisco, she says, to “change the sex of their clothes, or to change their sex altogether.”

In “The Beltway” of Washington, DC, she noted that conservatism in dress for both men and women is almost mandatory in power-circles. In Utah (“The Chastity Belt”), she attended a major, star-filled film festival, an experience that clashed with observations of the women from the Yearning for Zion ranch.

In “The Frost Belt” (Wyoming), she fell in love with Western wear. In Miami (“The Sand Belt”), she noticed that naked = fashion-forward. She went high-power shopping in “The Star Belt” of Los Angeles, high-hatted in “The Bourbon Belt” of Kentucky, high-brow in “The Futility Belt” of Brooklyn, and she noted “markedly different” body types in “The Butter Belt” of Iowa…

No matter where you live, Wilson says, your closet should be filled with things that are an “expression of who you really are.” Fashion should be a “joyful and important… way to empower yourself.”

And those comments, made early on, are interesting, although there are many instances in this book where author Cintra Wilson seems to ignore them. But more on that in a minute; first, I must say that Fear and Clothing is funny, LOL funny sometimes, in a way that makes you wish you could hang out and people-watch with her.

Which brings me to what made me wince: while humorous, this book can be unkind, too, particularly when examining the fashion sense of people with arguably unsophisticated tastes. Wilson even acknowledges that she’ll be taken to task for writing those barb-filled words, but that self-chiding doesn’t minimize them.

Still, Wilson generally speaks the language of seasoned fashionistas, and it’s good. If you love that, you love wit, and you can overlook the snark, then you might need this book.

For you, Fear and Clothing is worth a peek.