Let’s make it a pizza night. Chances are you can’t count the number of times you’ve uttered that or a similar phrase. Pizza is a take-out staple and yet utterly simple. Dough, sauce, cheese, toppings done. And, yes you can create that magic at home.

From a sweet corn pizza recipe that tastes like summer to a light spicy salami pizza that makes the perfect game day app, these six pizza recipes combine the comforting flavors of home, sensory smell of baked bread, meats roasting and the textural elements of crunch and chew. Umami. Make it a pizza night. 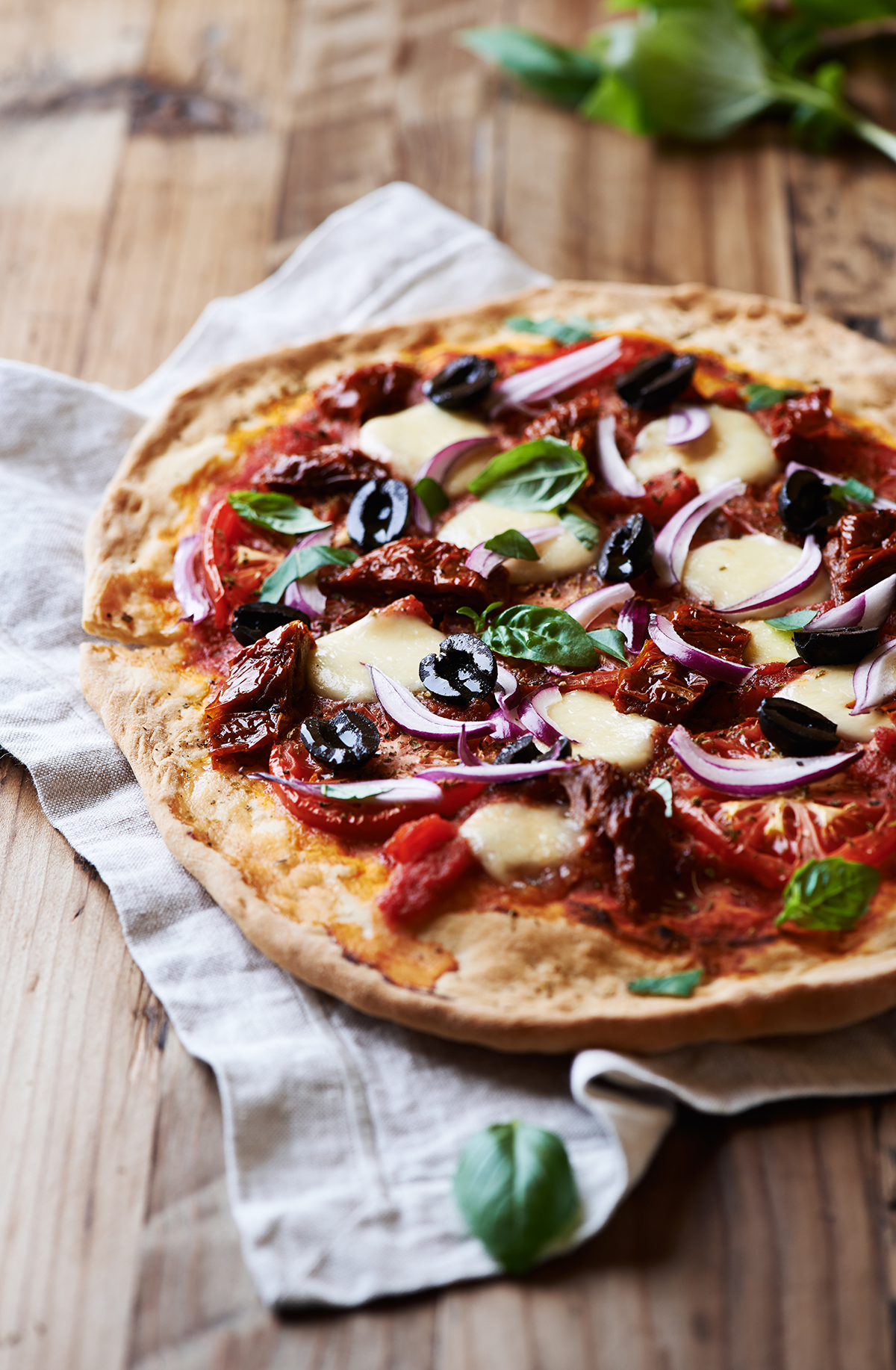 An upgraded version of a traditional Margherita pizza 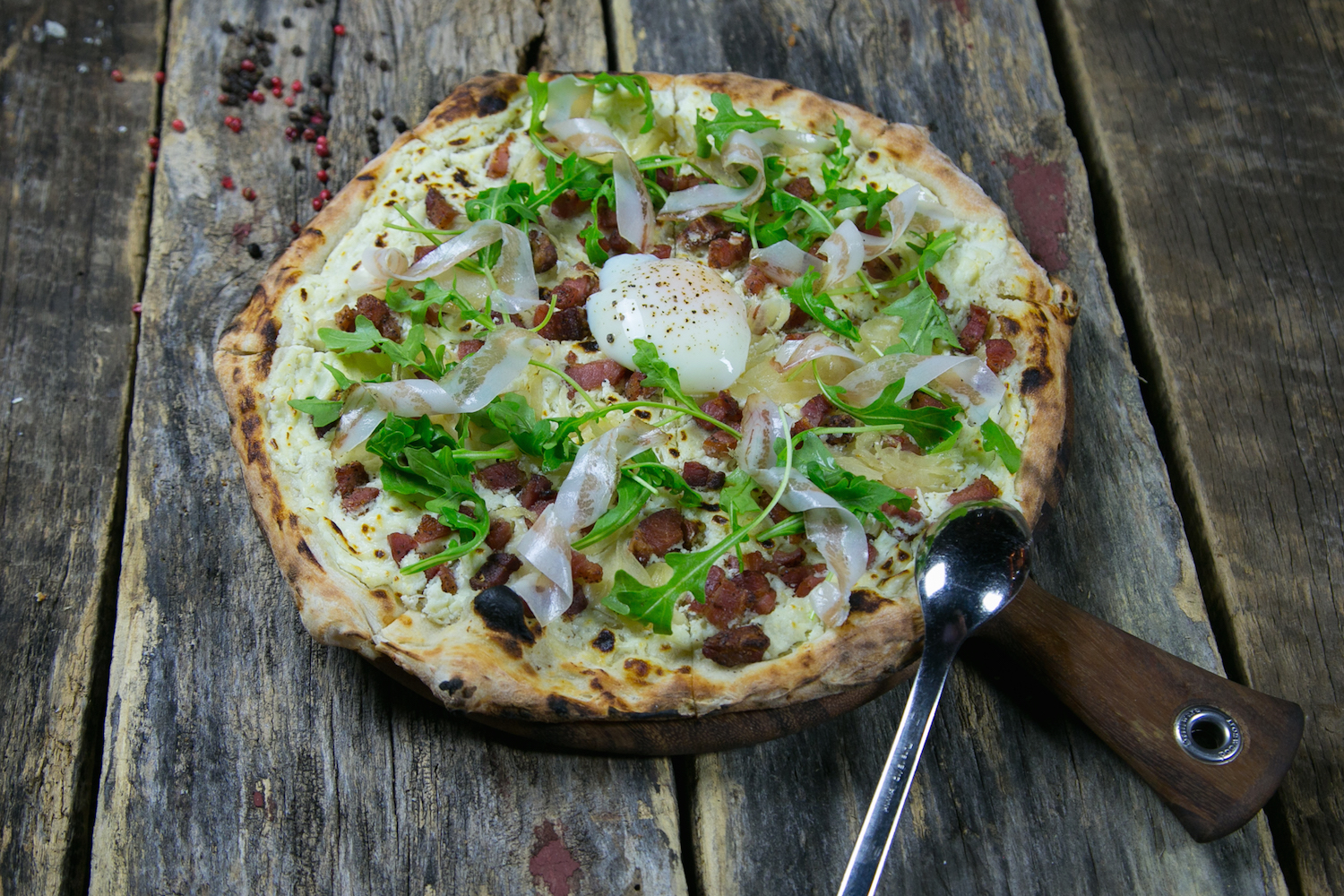 One bite of this Carbonara Pizza by Chef Luciano Suatto of Las Vegas’s Salute Restaurant and you’ll feel like you’re in southern Italy. Made out of ricotta, pancetta and arugula and topped with a slow cooked egg and decadent guanciale, the simple, fresh ingredients blend perfectly for a luscious, delicious taste. You could even eat it for breakfast without feeling too guilty. Get the Recipe. 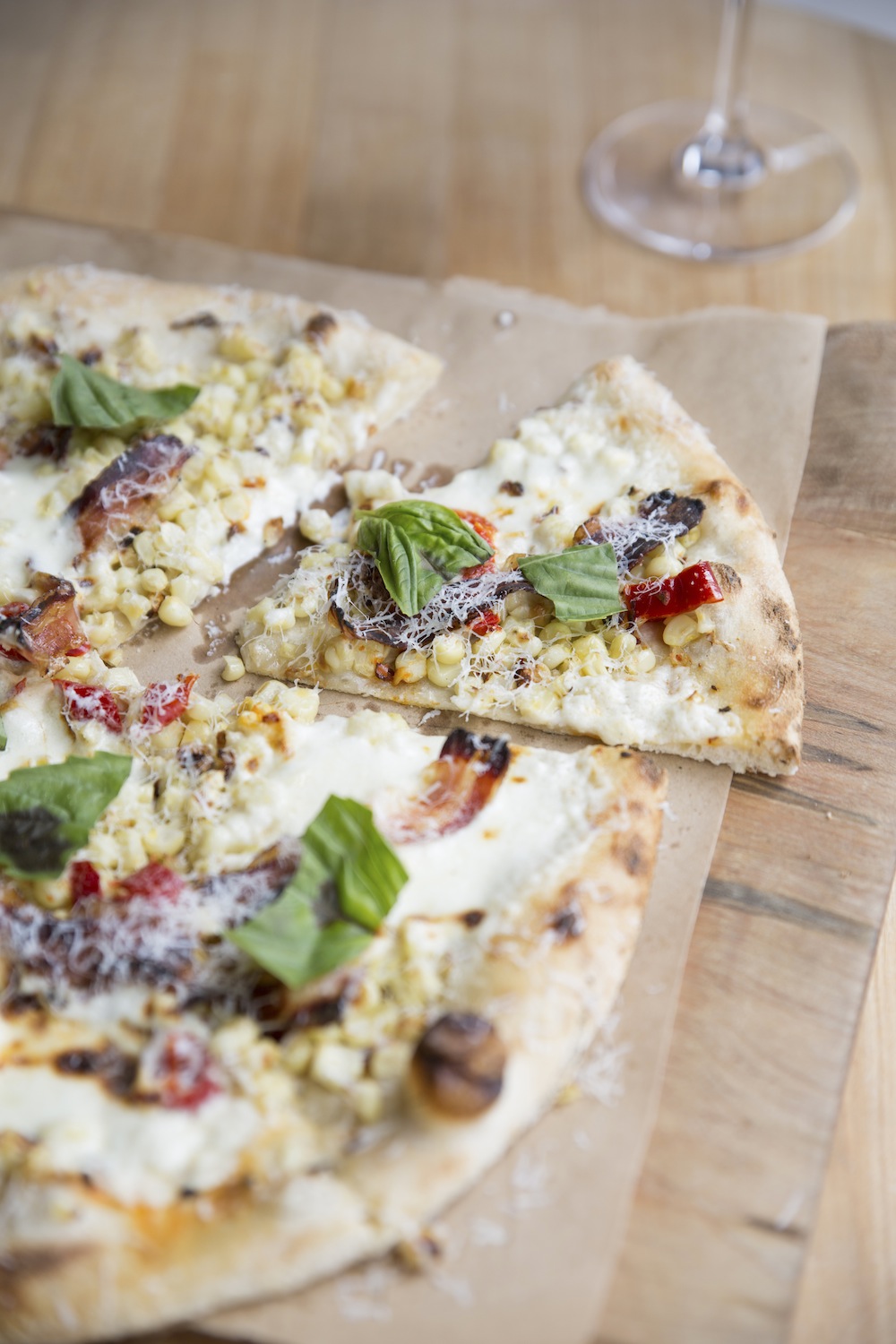 When this sweet corn pizza is baking in the oven you’ll smell summer and once you bite into the crisp dough topped with grilled sweet corn, ricotta, Carmen peppers, pancetta, calabrian chili oil and basil, you’ll be longing for days spent out East at the beach. It’s one of the signature dishes at Indaco in Charleston, SC from executive chef Michael Perez. The ricotta melts into creamy deliciousness and the basil, sweet corn and peppers is a farmers market lover’s dream. Perez has even created a sweet corn pizza recipe for the dough and toppings that is feasible for the home cook. Get the Recipe.

Former Top Chef contestant Spike Mendelsohn has made a name for himself making casual, comfort food gourmet. This recipe for spicy salami pizza is no exception. Full of spices such as chili flakes, cilantro, parsley and even a dash of orange, this pizza will fill your home with mouth-watering smells while it’s cooking and is an easy appetizer that allows nibbling on gooey cheese, topped with salami before a main course. Get the Recipe. 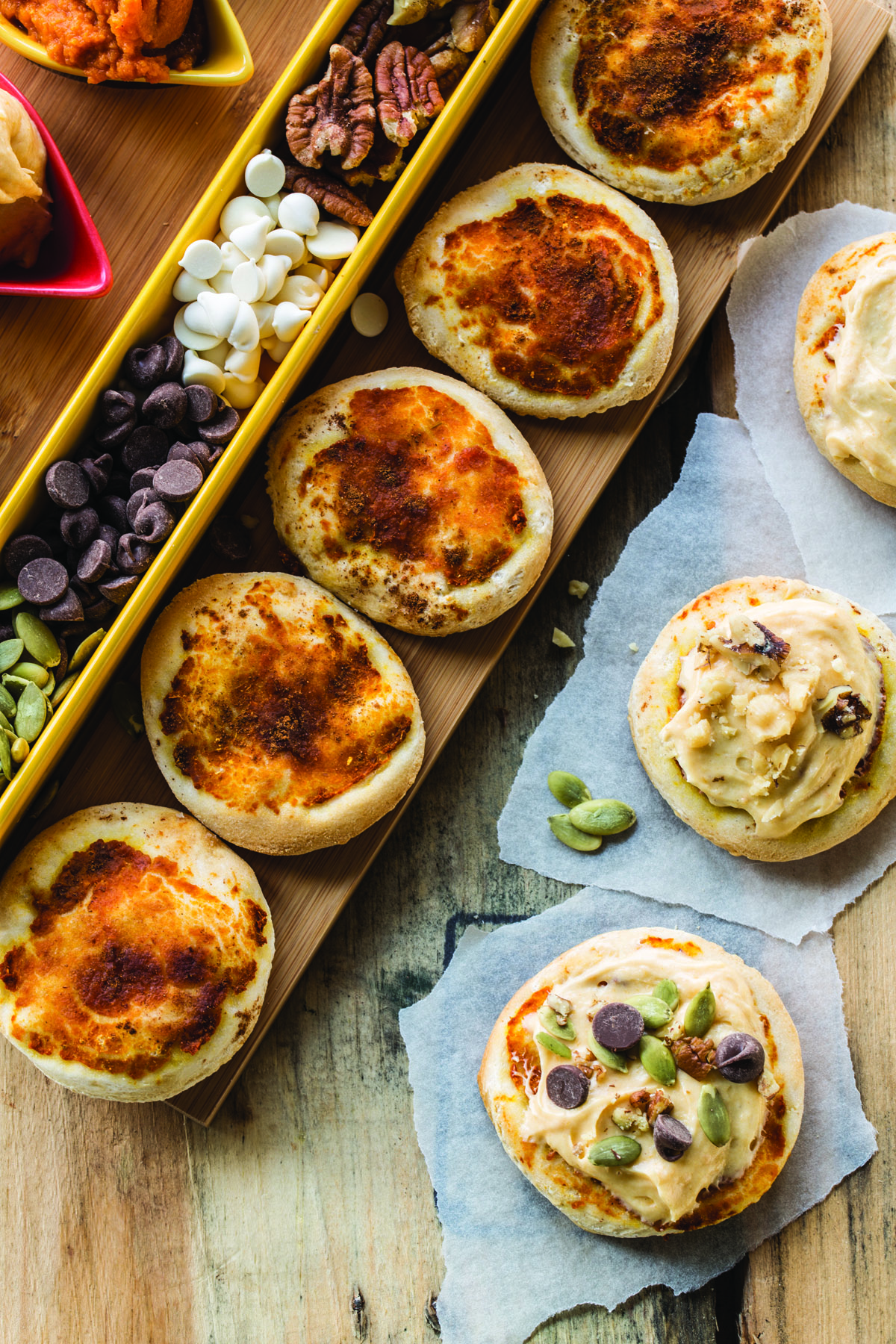 Pumpkin spice lovers rejoice! This is the pizza for you. image: heather staffer

Pumpkin spice lovers rejoice. This is the pizza that will take you from fall through those cold winter nights. Heather Saffer, author of The Dollop Book of Frosting and a winner of Food Network’s “Cupcake Wars,” specializes in creating all-natural healthier gourmet frosting and being that it’s fall a pumpkin spice pizza with pumpkin cream cheese frosting was a must. Decadent and full of your favorite fall flavors make this pizza perfect for a hearty fall brunch or as dessert. Get the Recipe. 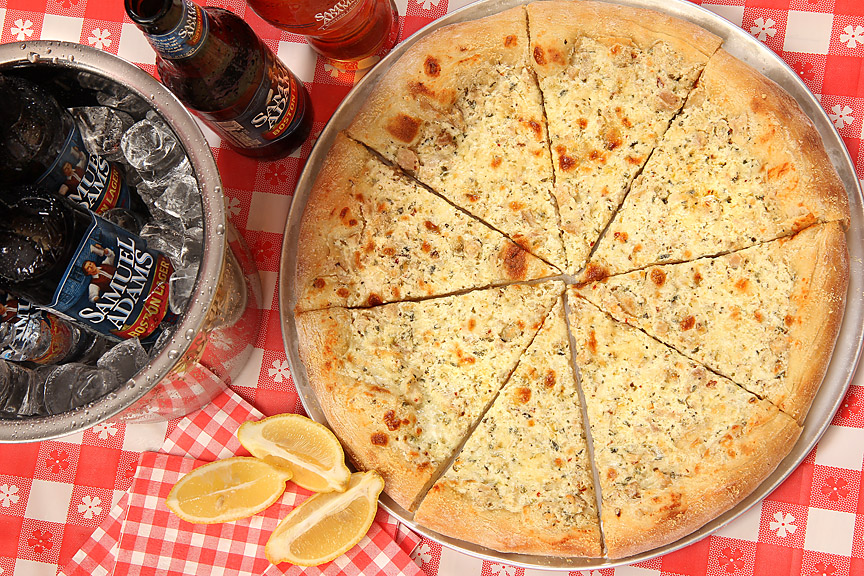 The secret to this pizza is the crust. image: samuel adams

This New England Clam pizza is a much-needed slice of summer on a chilly fall day. Be forewarned though, this recipe is almost as much work as those beachside clambakes you had every Saturday during the summer. The end result is even better. The secret is the crust. Mark Bello made the crust using Samuel Adams Boston Lager for a hearty tasting pizza dough that you’ll want to make again and again. Get the Recipe.

If you’re really not much of a cook head to one of Long Island’s best pizza joints.