In our newest column, we put countless hours of TV watching to good use. What have our favorite TV shows taught us about life? Read on…

Full disclosure: I am unnaturally attached to Dawson’s Creek. Born and raised in Europe, I fancy myself a seemingly native English speaker thanks to, mostly, Kevin Williamson’s ability to interject teenage dialogue with a myriad of words like myriad, in what appeared to be an effort to utilize the English dictionary in its entirety on national TV. (Side note: Reading The Graduate in its original language thrice over and memorizing the lyrics to all Greenday, Backstreet Boys and Britney Spears’ songs have also helped develop my now completely bilingual vocabulary.)

Moving away from my linguistic roots, and as my fingers tremble with excitement at the mere thought of using just the right words to describe the show that has taught me the importance of words, I ask you to bear with me and withhold all judgment as I attempt to share what, exactly, Dawson’s Creek taught me about life:

Always Stop While You’re Ahead

However blasphemous it may be to put this in writing, it is undeniable that the show’s last few seasons were lacking the sort of exciting charm that defined the first few. We moved from discussing teenage angst in a Steven Spielberg infested bedroom to a rather odd mugging encounter (“Downtown Crossing”). Lesson: Spielberg always wins. Never try to out-film the grand Spielberg.

Personal favorite episode: “Detention,” from season one. Below, star-crossed lovers Joey and Dawson share their first kiss while playing truth or dare when stuck in detention (fast forward to 2:40):

In today’s political and social environment, it seems like all one should care about is not to offend “the other” by presenting a variety of perspectives on each issue… no matter how inhumane and overall unrealistic those perspectives are. Mimicking most other shows of the 1990s, Dawson’s Creek had the audacity to depict the confusion that comes alongside racial talks, homosexuality, and any other now politically charged subject with the fluidity and crassness that we demand for in real life. From Jack’s coming out process to Andy’s battle with mental illness and Gail and Mitch’s cheating scandal, political correctness was completely trumped by reality.

The Crying Face Was the Precursor to the Resting Bitch Face

One of the show’s most recognized scenes sees Dawson miserable after letting Joey go:

James van der Beek has had a hard time letting go of the face himself:

Let’s discuss Grams. Although technically the oldest person on the show, with values and beliefs that seemed to be completely ingrained in her soul, Grams turned out to be the most non-judgmental character throughout the entire series. From taking in the town’s only gay boy to dealing with a promiscuous yet fascinating granddaughter, Grams portrayed humility and grace across six seasons. Some of our favorite Grams-isms:

“Everyone deals with death in his own way; some cry, some pray, some get angry at the world, there is no right or wrong.”

“If Jack is gay, he doesn’t need your judgment, young man. The Lord above will be the one to judge him as he will judge all of us. What he needs from you and me and everyone else in this world is love and tolerance. If anything, that boy must feel scared and alone and it will take the understanding of his fellow man to help him through. Let’s save judgment for someone much more experienced than you.”

Running into an old boyfriend: “I thought you were dead.”

There Should be More Than One Michelle Williams in This World 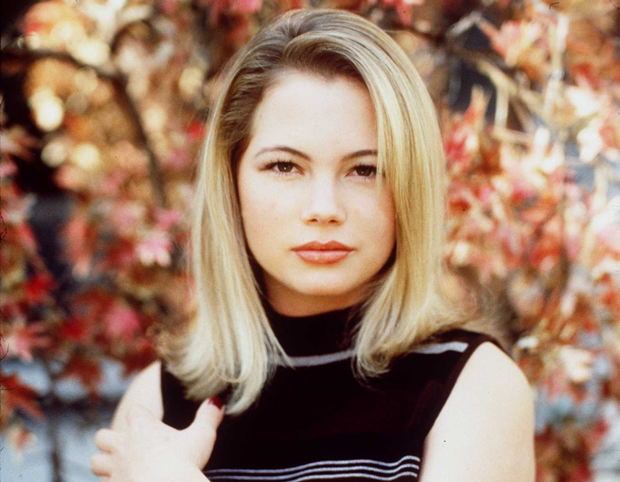 Michelle Williams played Jen Lindley, the quintessential blonde bitch who shakes up the status quo after being shipped off to grandma’s house following her wild antics in New York City. Williams moved on after the show’s wrapping to play some of the biggest roles in cinema (Brokeback Mountain, Blue Valentine, My Week with Marilyn) and has done so with poise and class by camping out in Brooklyn and living a life away from the spotlight with her daughter.

The Importance of Beauty Sleep, How to Use Makeup in a Cat Fight and…

Karaoke is Sexy… And Might Get You Chad Michael Murray

As summed up by Jen in what seemed to be a commentary on the human spirit: “Othello is about a man who is concerned that his wife is cheating on him, so he kills her and then himself.”