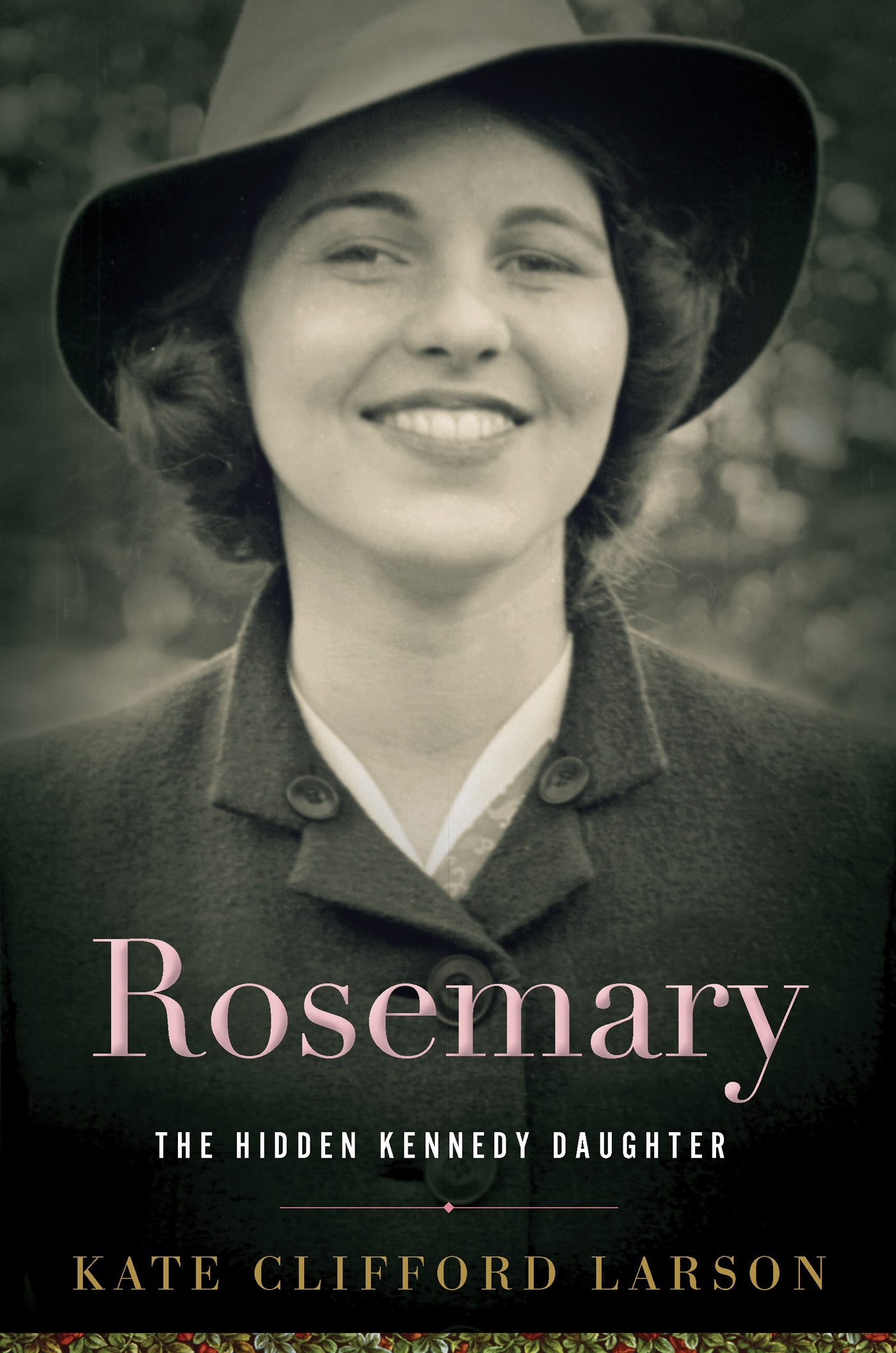 The King has spoken.

And in pretty much every fairy tale, that’s all it takes for a Happy (or not-so-Happy) Ending: he decrees, and it is so. And in the new book Rosemary: The Hidden Kennedy Daughter by Kate Clifford Larson, you’ll see how that affected the oldest girl in what many say was America’s Royal Family.

When Rose Fitzgerald Kennedy went into labor on Sept. 13, 1918, she figured her third baby’s birth would be as uneventful as that of her first two children.

Alas, the doctor was delayed in caring for Boston’s Spanish Flu victims so the nurse, unauthorized to deliver the child, held the baby in place in the birth canal for two excruciating hours.

By the time little Rosemary Kennedy was a year old, it was obvious that something was amiss. Compared to her older brothers, “Rosie” was delayed in all milestones, which her mother blamed on “gender and temperament.” Still, hoping her daughter would catch up, Rose vowed to spend more time with Rosemary.

No matter how much parental attention she had, however, Rosemary would never be a rough-and-tumble Kennedy. As younger siblings were born and quickly overtook her both physically and mentally, it became apparent that she was going to need more than the family could offer. Doctors diagnosed her as “mentally retarded:” she might also have suffered from epilepsy. Inwardly, she struggled; outwardly, she was charming and fun-loving. Many thought she was just “shy.”

Desperate for a cure that would never come, Joseph and Rose Kennedy sent Rosemary to a succession of schools until, in 1938, a good fit was found in Great Britain but World War II intervened. Nineteen-year-old Rosemary was pulled from that school for her safety, and her stateside return sent her into a tailspin.

By 1941, Joseph Kennedy was searching for new methods of treatment for his daughter and had considered lobotomy (a radical brain surgery). Family members recommended against it, but he’d been “assured” it would work and so, sometime in early November 1941, without telling his wife or children, he authorized the surgery…

Stunned. Absolutely stunned. That was me, as I read this sit-still book. Yes, I was aware that Rosemary lived until relatively recently, tucked away in small-town Wisconsin, but the rest?

That story, however, isn’t all that lies inside Rosemary: The Hidden Kennedy Daughter: author Kate Clifford Larson also lays out plenty of history, both of the family as a whole, and of the world. She reaches back to the earliest Kennedy years and, as she pulls us forward, she puts into context each phase of Rosemary’s life, plunging us into the way things were early in the last century. Then, believe it or not, in Larson’s hands, this tragic tale culminates in an oddly happy ending.

I couldn’t get enough of this astounding book and, especially if you like a splash of historical biography in your scandal, you’ll love it, too. Rosemary: The Hidden Kennedy Daughter is a book I can’t speak enough about.