The old cliche goes that every cloud has a silver lining. When it comes to talk about Hurricane Sandy, there are often a lot of intangible silver linings thrown around: it brought us closer together, it showed our resiliency, it reminded us of what was important.

There’s a tangible silver lining to the superstorm, too. Ask anyone who has been to the the Eastern part of Great South Bay and even Moriches Bay. It looks cleaner, and there’s a host of new wildlife to spot.

Hurricane Sandy Then and Now
Why the Dwindling Lobster Population Matters

Along the small, narrow strip between the mainland of Long Island and the ocean are the Barrier Islands. Following Sandy, ocean broke into three new inlets along that strip. Two were filled within days by the Army Corps of Engineers. The final of those inlets, which was by then in the Great South Bay, was part of Fire Island National Seashore, an area governed by National Parks Services. Because the Army Corps of Engineers didn’t  have the purview or ability to close the inlet, the National Parks Service allowed it to stay open, and it remains open to this day.

“That new inlet has done a lot to transform the marine life in the Eastern part of Great South Bay and to a lesser extent, a part of Moriches Bay,” said Christopher J. Gobler, Ph.D, a professor in the School of Marine and Atmospheric Sciences at Stony Brook University.

Let’s start with the characteristics and quality of the water. Before the inlet was formed, Gobler said the Great South Bay had the lowest salinity on the South Shore of Long Island. Now, the Atlantic flushes in and out of the Great South Bay twice a day like all of the other inlets.

“As a consequence, the Eastern part of Great South Bay is now saltier, it’s cooler during the summer, it has lower levels of algae,” Gobler said. “There’s more visibility than there has been before. It also has higher levels of oxygen during the summer. All of those characteristics of things are a net positive for the bay. Some people have called that Sandy’s silver lining, an unintended consequence but one that at least in that part of the bay has had some benefit.”

The nitrogen levels have also dropped drastically, 50 percent to 200 micrograms per liter, which has greatly contributed to that clearer water that’s now optimal for taking a dip. New York State recommends swimming in water only if you can see at least four feet down.

“Before the new inlet formed you couldn’t see that far in the Eastern part of Great South Bay but you can now,” Gobler said. 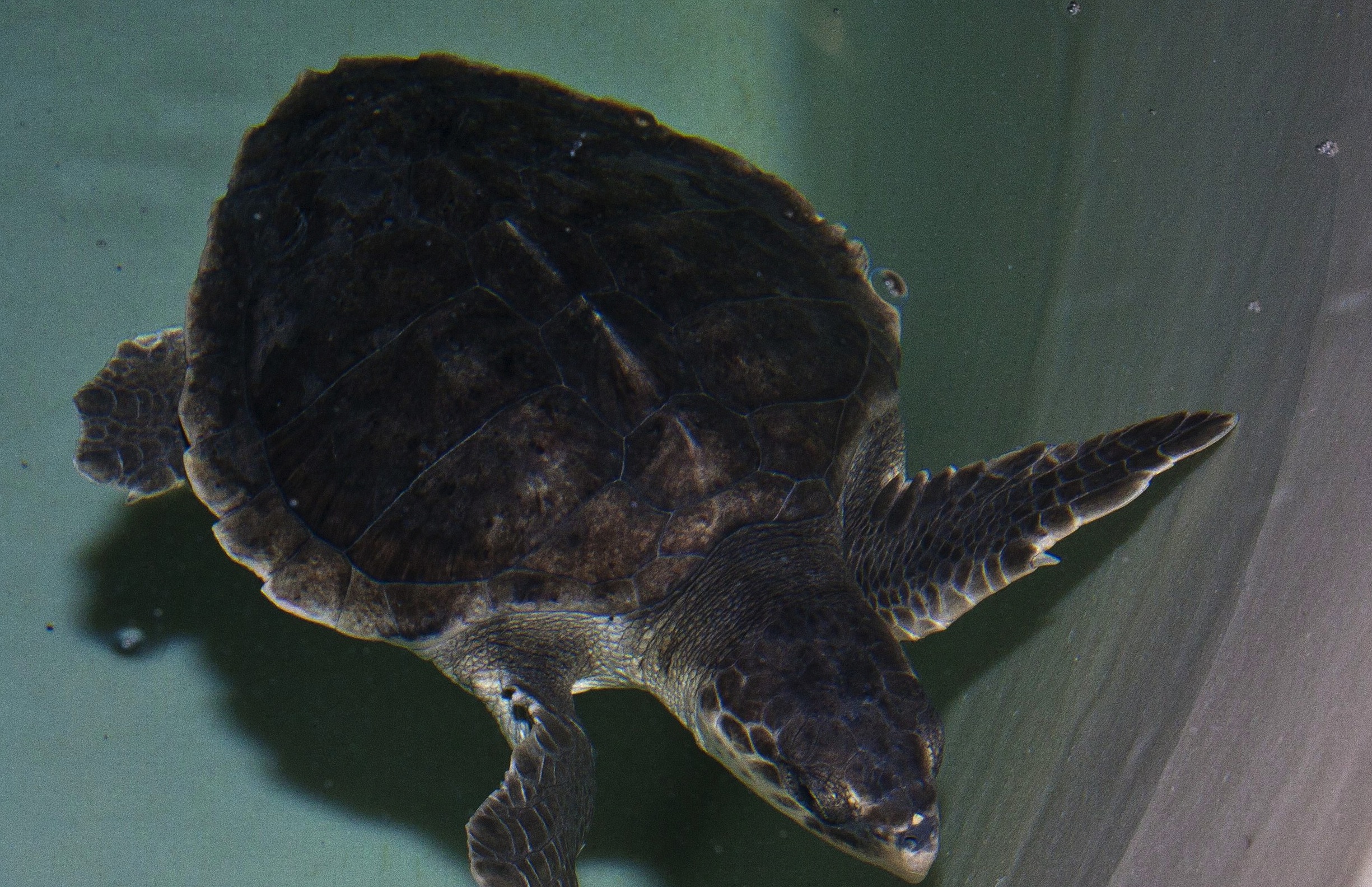 The marine wildlife is loving the clear water, too. Animals once considered ocean-dwellers like herring, fluke and sea turtles, are being spotted in the no-longer-turbid Great South Bay waters. Gobler has done experimental work that shows clam populations is growing more quickly than it did before the inlet formed.

“People on boats specifically go there during the summer because of what they can see there, things like sea turtles, ocean-dwelling fish that get that clear water, something that you could not get there and see in the past,” Gobler said.

To keep the sea turtles around, Gobler stressed the importance of taking care of the waters.

“People with boats don’t want to be discharging their wastewater tanks into the bays and harbors and similarly I think it’s short order that people will be able to upgrade their household waste water systems and make sure they’re not having an ill-effect on the bay,” he said.

Minimizing the use of lawn fertilizer can also help keep nitrogen levels low in the ocean, he said.

But even with human efforts to protect the wildlife and ecosystem, is the inlet here to stay?

“As of now, it does seem somewhat permanent but these sorts of things can last for years, for decades, it’s not 100 percent clear how long it’s going to last,” Gobler said. “There’s no signs of the inlet closing up, I’ll say that.”