The key to good cider punch is good apple cider (Jericho Cider Mill makes a solid local batch). Orange slices add color and citrus while the brandy does the heavy lifting. Stick with American apple brandy (or applejack) and save the Calvados for after-party sipping. *Bourbon will also do in a pinch.

Halve orange and squeeze the juice into a saucepan. Add in the peels. Pour in the apple cider and add the cinnamon stick, cloves and a pinch of salt. Bring to a simmer, remove and let steep for 15 minutes. Strain into a pitcher and add apple brandy. Refrigerate for at least 2 hours. Serve chilled or warmed in mugs. 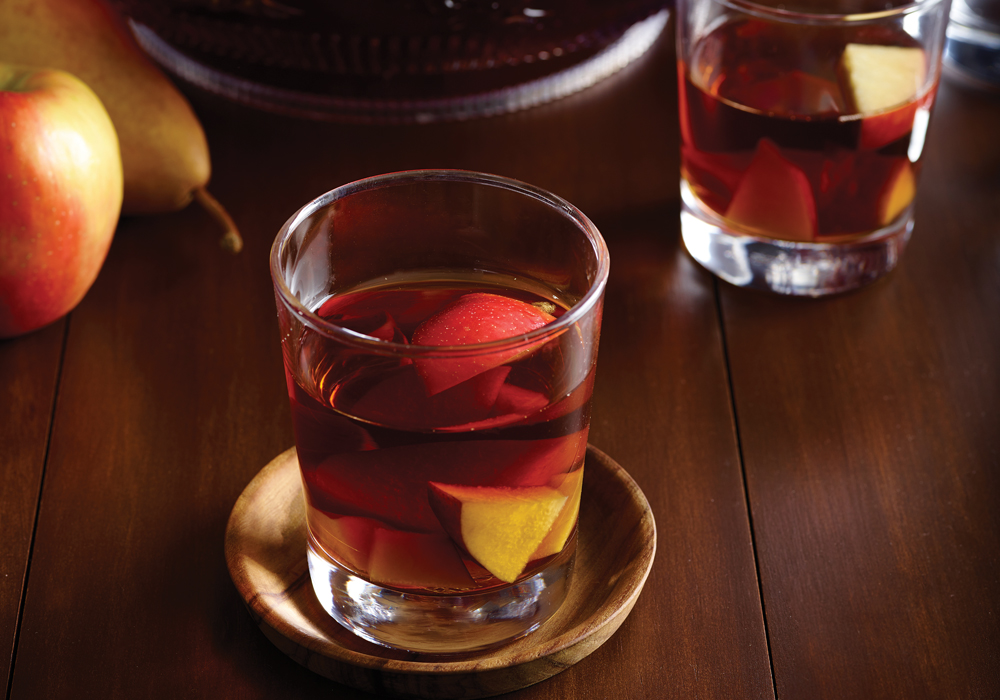 Apples are the obvious harvest-time pickings, but delicious pears are also in season. White wine complements these bright fruits and keeps things fresh and crisp, as does another seasonal fave, sparkling cider. (Try the growing crop of LI purveyors, like Woodside Orchards and Wölffer Estate.) A few ounces of booze are added for good measure along with obligatory autumn spices. 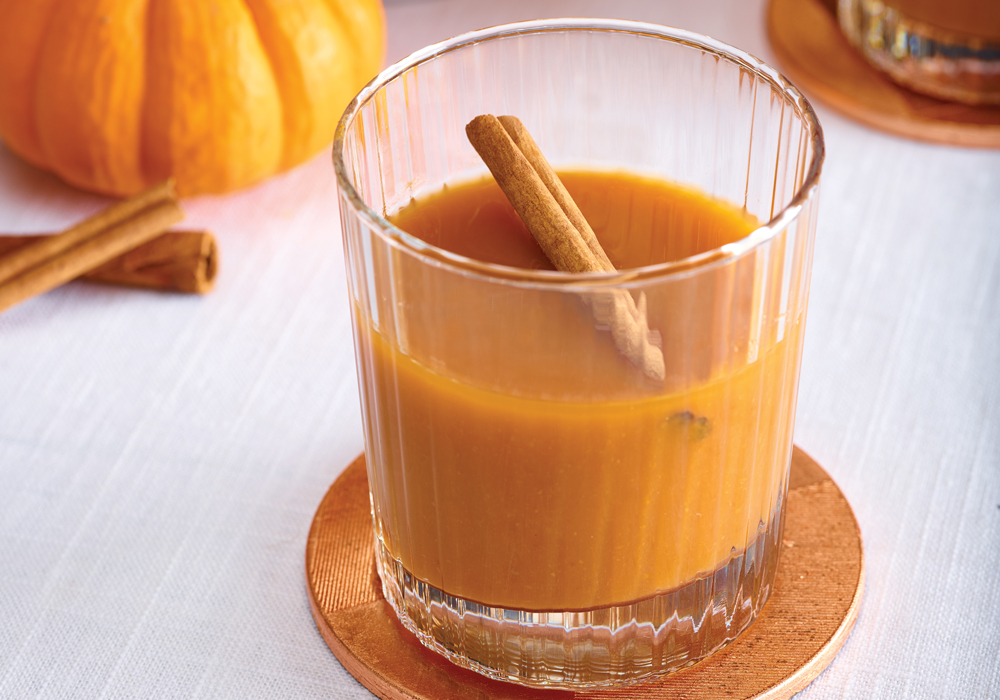 The costumes and ghosts are all packed away for the season, but the pumpkins remain to either languish in supermarket discount aisles or rot. Canned pumpkin purée is fine for this recipe, but nothing says fresh like a homemade batch. Add that with a simple homemade cinnamon-rum infusion and this is one punch that can truly be called handcrafted.

*Homemade purée: Split baking pumpkin in half and remove seeds and stringy fibers. Sprinkle kosher salt on the inside flesh and lay halves on a parchment paper-lined baking sheet, flesh-side down. Heat oven to 400 degrees. Roast for 30 to 45 minutes until the flesh is easily pierced with a knife. Remove and let cool. Scoop the roasted flesh into a food processor and blend until smooth.

**Cinnamon infused rum: Pour dark rum into a large mouth container and add 3 cinnamon sticks. Place in a dark area for about 2-3 days. Give it a gentle shake each day. Once cinnamon flavor is strong enough, remove the sticks.