Purchasing a supercar is not rationally motivated. We’re all fantasists when it comes to these things, imagining our favorite pedigreed Italian sports car will harness brute force to match its beauty. The truth is laid bare however, when behind the wheel of a car like the Chevrolet Corvette Z06. It’s a performance-oriented beast that reveals all those other exotics as just pretenders with six-figure price tags.

The latest beefed-up ’Vette from Bowling Green, Kentucky, was at my disposal in the deserts of Palm Springs. It was the odd man out in terms of looks, up against fellow riders in some raucous European contemporaries. Though the Z06 is stylish—thanks to the Corvette’s contemporary exterior refresh and aerodynamic tweaking—it’s far from subtle. The air-vents were enlarged and fenders were widened two-inches in the front, three in the rear. And the extra carbon fiber highlights throughout the exterior fit like battle armor. It’s clear this car is prepared to attack the track, not cruise around town.

Carbon fiber touches and Z06 badging follow suit on the interior. Up front in the form-fitting cockpit, a touch of leather with contrast stitching and microfiber seat inserts is all the decoration allowed. The driver-bias orientation of the car’s hot seat meant that everything I needed was either in front of me or nestled neatly within the dashboard, surrounding the eight-inch, multifunction infotainment screen. It packs navigation, radio functions and Chevrolet MyLink, which connects the car to weather and music streaming services—a handy feature for keeping eyes road-focused and ready when lights change from red to green. 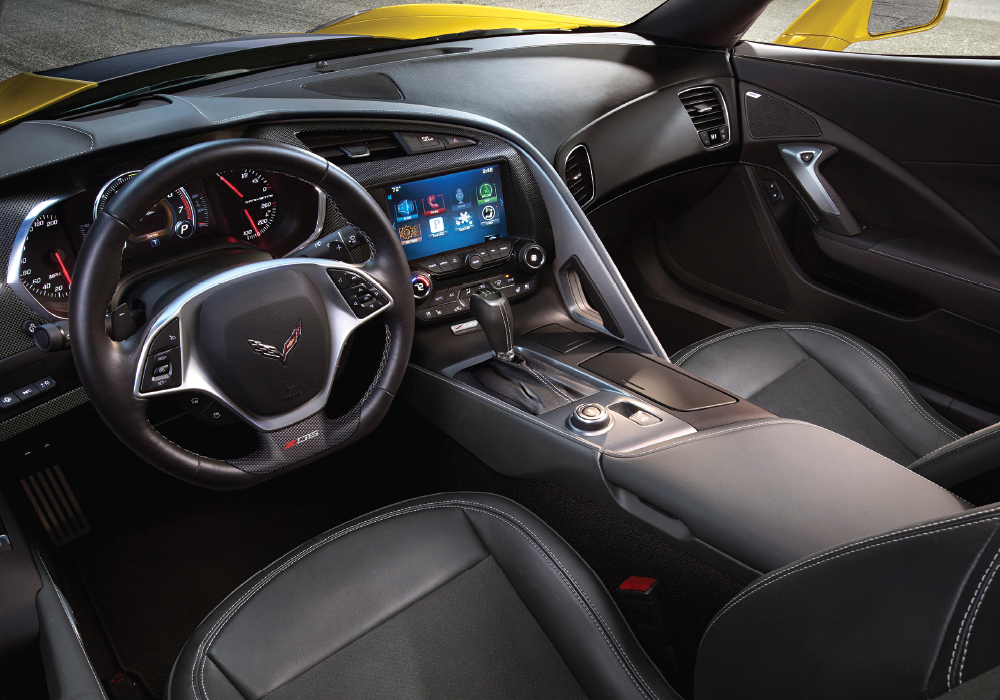 Comfortable cruising comes from a turn of a dial

A push of the start button fires the supercharged 6.2-liter V8 housed under the vented hood. Though also available in a seven-speed manual, the Z06 in my care was mated with an eight-speed, paddle-shift automatic. Taking the low-slung coupe out of town, it’s best to be civil. Comfortable cruising comes from a turn of a dial that sets the drive mode to “touring.” This makes the street-legal racecar behave, taming the engine’s response to throttle inputs and softening the ride. It also allowed me to cruise with the exhaust valves shut on the four inline pipes, keeping the engine’s bark muffled. This is a far cry from the most nail-biting setting, “track,” that turns off any and all driving assists. But in touring mode the car’s docile as long as it’s not prodded. Once we were well and clear of civilization however, I prod.

Soon in front of me was a twisty mountain ascent that became a one-lane road at the top and I certainly didn’t want to be stuck behind a sightseer. I twisted the drive mode select into “sport” and the Z06 pounced. With a punch to the gut, the Corvette unleashed its 650 horsepower (and just as much pound-feet of torque) to the rear wheels, sending us screaming forward. Passing slower cars through repeated bends, I spied on the windshield how much G-force the car was pulling via projected heads-up-display. The meter bounced between one full lateral-g from both sides as I felt them shove me like a boxer’s heavy bag. The Corvette’s low center of gravity and performance-tuned suspension adheres it to the tarmac at high speeds, pulling through turns with a precision often thought unattainable by American-made sports cars. My lux European friends? All behind me.

The dart across a long ranch-flanked road was where the Z06 tempted me to cut loose. The four pipes behind me were no longer restricted and each let out a bass-heavy cacophony flavored by that supercharger whine. Ultimately, I backed down before the car did. The track-built limit is beyond what these uneven back roads could allow. At the end of the journey, I compared my trip against the built-in Performance Data Recorder, which overlays the telemetry of the drive over captured footage, making it a point to keep the incriminating triple digit speeds to myself. 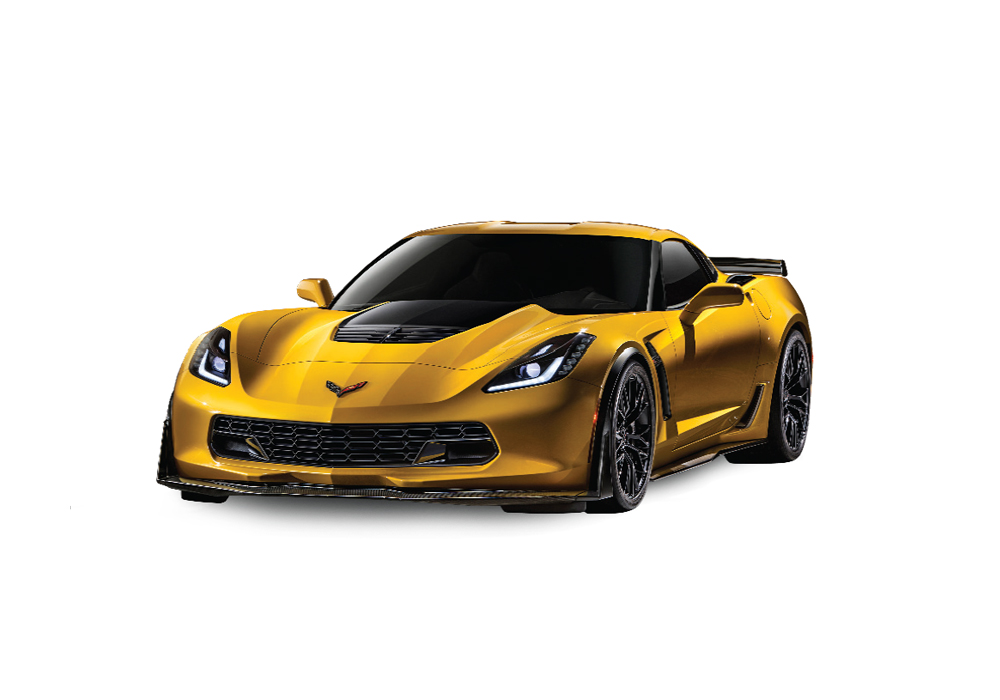 My lux European friends? All behind me

The Corvette Z06 eschews much of the luxurious pretense other supercars are garnished with, boldly declaring its purpose—to be the fastest around the track. It’s not charming or practical, it’s fast, loud and scary, which is what every true supercar should be.