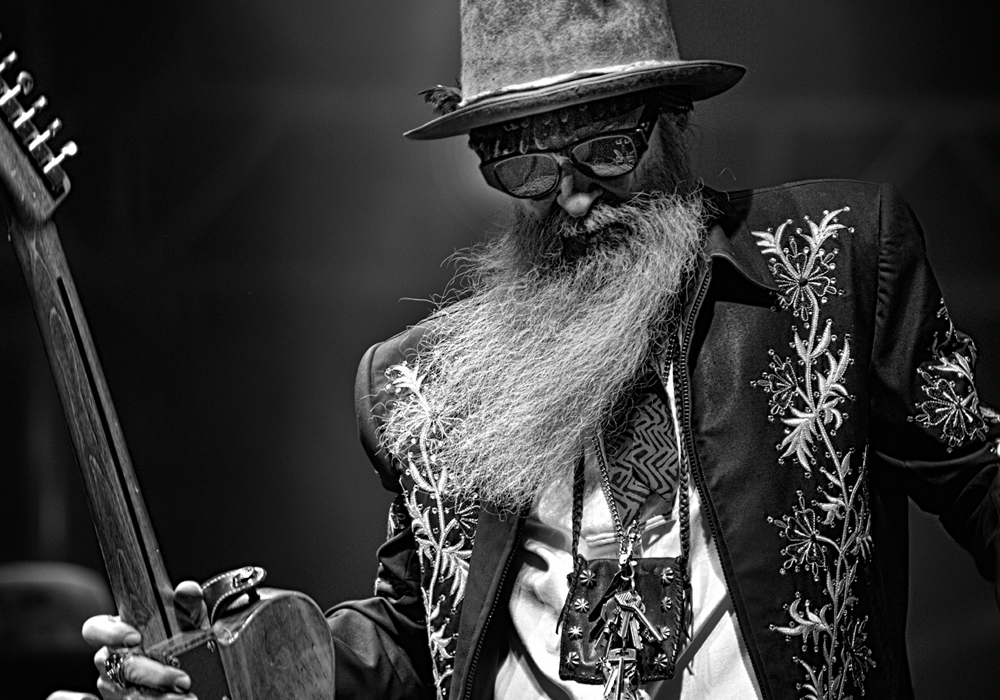 This blues beard “just got paid” strumming to a different tune on his solo breakthrough. image: rodney bursiel

It’s been 44 years since the release of ZZ Top’s First Album, the Texas threesome’s debut record. The trio—bassist Dusty Hill and drummer Frank Beard led by guitarist/vocalist Billy Gibbons—have defied rock ‘n’ roll by staying together, making albums and touring consistently throughout the decades. But frontman Gibbons surprised us most of all with a double-whammy of a headline this year: he was laying tracks for a solo project and it would be a jazz record.

The final composition, Perfectamundo, drops this month. When Gibbons first announced the move, there were only vague references about him taking a turn towards jazz. Gibbons remained tight lipped about it while in the studio these months and the final work led to another two-fisted surprise: Gibbons, a teen protégé of Tito Puente (1), pressed an album with heavy Afro-Cuban sounds (2), replete with bilingual vocals and a motley crew of world musicians backing the blues rocker.

Gibbons took time to speak with Pulse and divulged a few more surprises about the process, upcoming projects and other influences.

Long Island Pulse: Why a solo album now?
Billy Gibbons: It was catalyzed by an invitation to the Havana Jazz Festival. I certainly wanted to attend but it got me thinking that it would be appropriate to come up with something fitting, something lively that would be compatible and somewhat removed from the ZZ Top sphere.

Pulse: How did writing Perfectamundo differ from a ZZ Top album?
BG: We thought about the rhythmic structure first and built things around that as opposed to dealing with the melody first.

Pulse: What can fans expect from the upcoming solo tour?
BG: We’ve got a great band along for the ride: Austin buddy Mike Flanigan and Martin “G.G.” Guigui who both do that B3 [Hammond organ] thing, Alex “Guitarzza” Garza on percussion (he raps, too), two wonderful drummers Melanie DiLorenzo and SoZo and yours truly bringing those blues licks to an Afro-Cuban context. 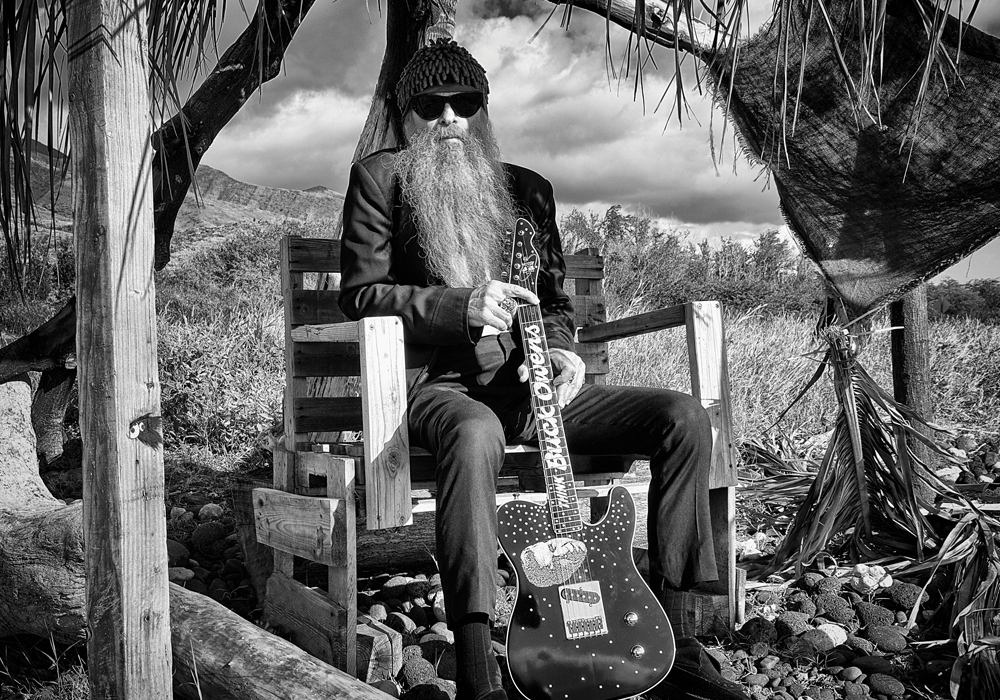 Pulse: Do you think there are more solo releases in your future?
BG: Our plan is to have no plan. We’ll of course keep the ZZ train on track and when an idea or project comes along that looks appealing, there’s no reason not to jump in and see where things take us. It’s a wild ride and we have no intention of getting off any time soon.

Pulse: The Tito Puente connection surprised most of us, who are some of your other heroes?
BG: B.B. King—a beautiful man whose mastery is truly astonishing. He sings with two voices: his own and Lucille’s. That’s a winning combination. Of course, Muddy Waters came along and everything changed. Come on! The hero of the Houston ghetto: Lightnin’ Hopkins, with his mysterious sonic language that we somehow all understood. Lots more, if you have the time: Jimmy Reed, Freddy King, Albert King, Howlin’ Wolf.

Pulse: What do you attribute to ZZ Top’s longevity?
BG: Two words: fine times. We enjoy keeping on keepin’ on. It’s been a great ride and it continues, full speed, today.

Billy Gibbon’s new album will be released Nov 6 via Concord Records. Hear Gibbons and his BFGs in Manhattan when they play Town Hall on the 17th.