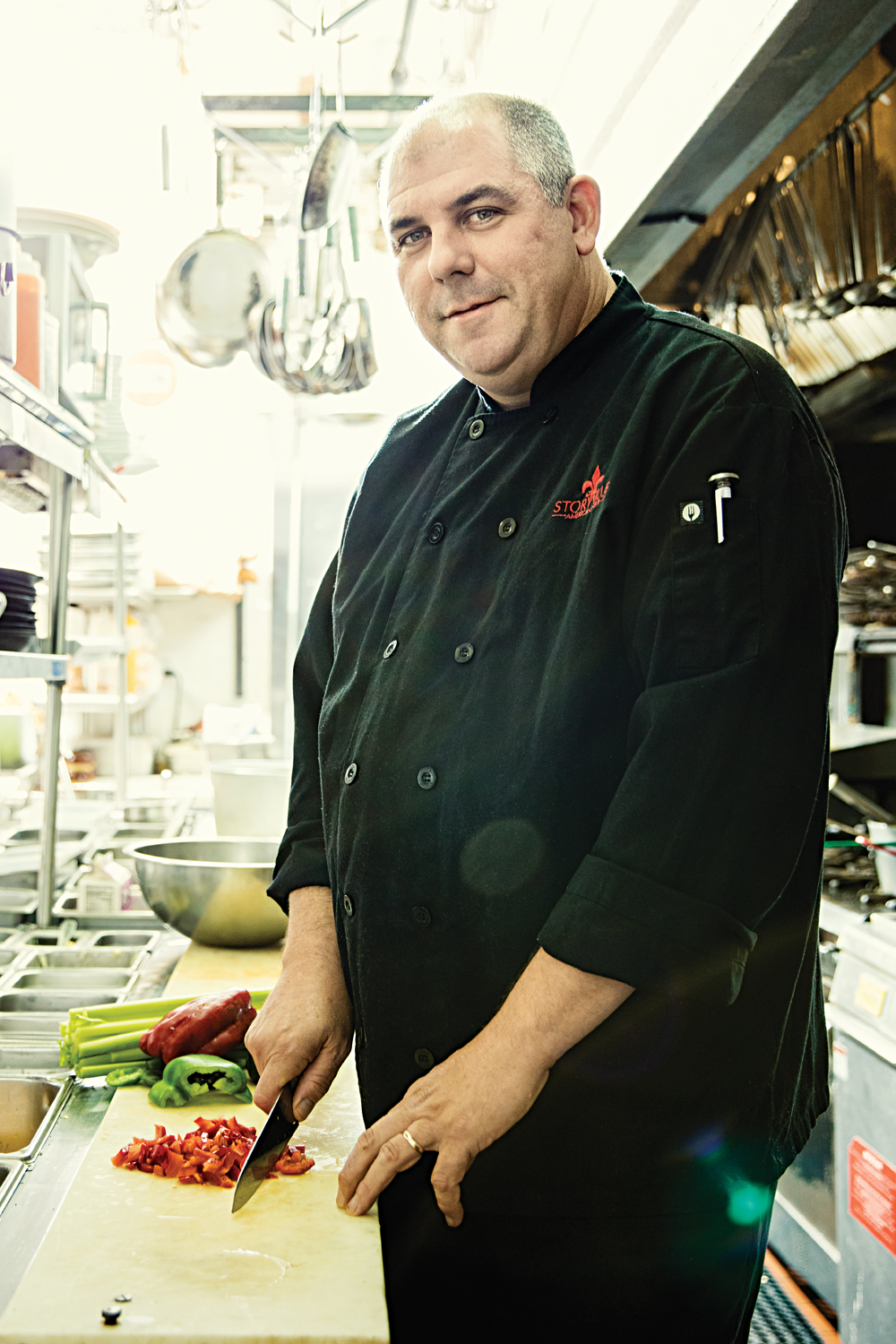 Executive chef Brian Finn got his first taste of New Orleans on a road trip in 1989. As part of a move to San Diego, Finn and his wife packed everything they owned into a van and took two months off to explore the country. What was originally planned as a three-day stay in NOLA eventually extended to a full week. They were entranced. “After we checked in, we walked down to the Mississippi and on the way we picked up a bottle of wine, a baguette and cheese,” said Finn. “We were sitting on the riverwalk watching the sunset, with a guy blowing a saxophone a couple yards away, and I just remember thinking, ‘Oh man, what great city!’”

Twenty-six years later, that fascination with the Big Easy hasn’t worn off. When Storyville American Table opened in Huntington in 2013, Finn and co-owner Tom Curry realized a dream decades in the making. Back when the duo worked at the Rose & Thistle (Curry was the owner, Finn the chef), the friends agreed that what Long Island really needed was a New Orleans-inspired restaurant. “We kind of looked at it demographically and thought ‘Wow, there’s nothing like this around here.’ It’s a concept you can really build on and do a lot of different cuisines based out of that same theme,” Finn said.

Finn describes the cuisine at Storyville American Table as bona fide New Orleans, occasionally tweaked for New York tastes. He and Curry make a point of visiting NOLA at least once a year, meeting with local chefs to research recipes and source ingredients from local purveyors. The restaurant makes its own sausage and pickles, barbecue is smoked in-house and seafood is shipped from Louisiana. Of course, the Cajun and Creole staples are present: jambalaya, étouffée and po’ boys all make appearances. But the eclectic cultures of the bayou are fodder for so much more. “We can do French cuisine. We can do Caribbean. We can do all this because it’s rooted in that same melting pot of people.”

Finn’s favorite dish on the menu, the BBQ shrimp, exemplifies Storyville’s quest for authenticity. Served head-on in a sauce of black pepper, Worcestershire and butter, the classic is borrowed from legendary restaurant Pascal’s Manale. On one of his annual trips, Finn met with the owner and chef of the 100-year-old establishment and managed to snag the famous recipe. It’s just one example of how he shares the hidden gems of NOLA with the uninitiated. “We had a cab driver tell us one time that New Orleans has a thousand restaurants and three recipes. That tends to be the common perception, but it’s so much more than that,” said Finn. “We’re trying to educate people a little too. We try to bring the real, authentic type of recipes to our cooking here.”