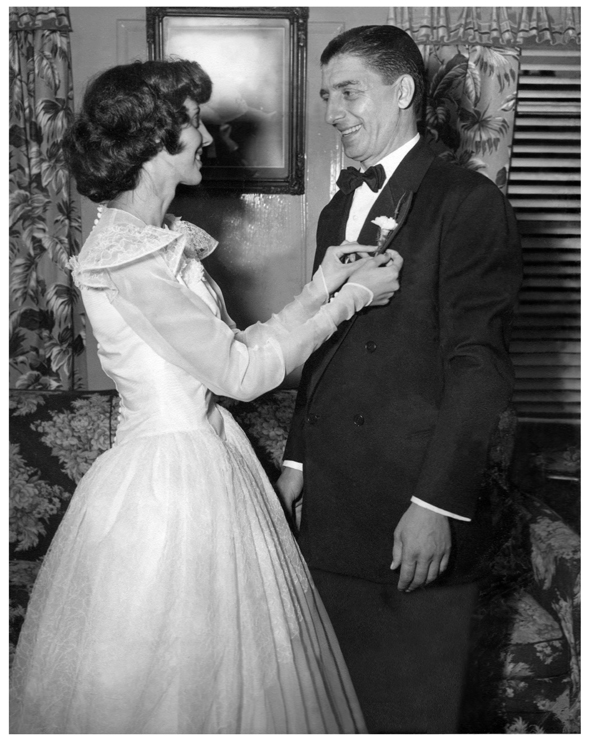 Sue Fischetti of Massapequa never thought she’d see her 63-year-old wedding photo again after it washed away in Hurricane Sandy, let alone have it look as good as new. This month, Roslyn Heights photographer Xiomaro will present Fischetti with the photo, which shows her in her bridal grown pinning a boutonnière on her proud father, Charlie. 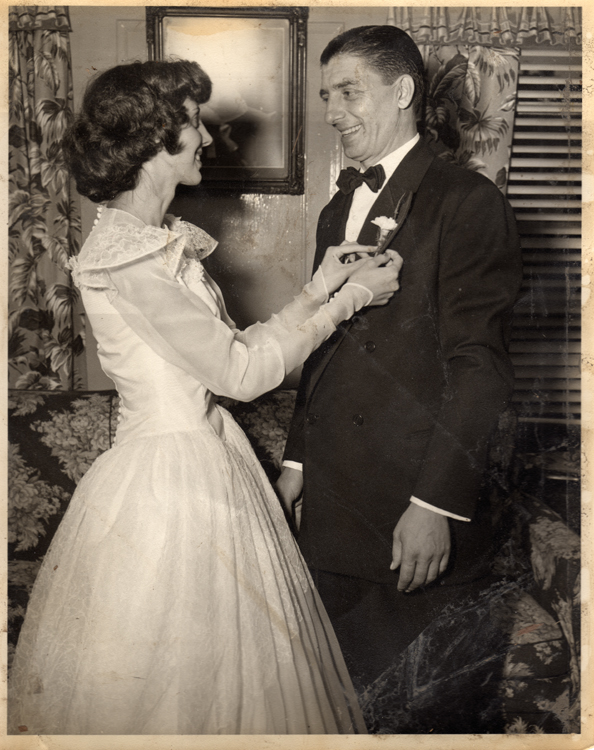 The violence of the storm tore the photo out of the original wedding album. Neighbor Leah Welsh found the photo and saved it for two years before realizing it belonged to Fischetti and returned it to her.

The photo looked like it had been through well, a superstorm. Xiomaro, who has photographed historic homes such as Theodore Roosevelt’s in Sagamore Hill, heard Fischetti’s story while watching NBC News last November. He offered to restore the photo at no charge.

“I appreciate both public and personal history,” Xiomaro said. “Just a few weeks before, I had restored two badly damaged photos of my great grandparents that were recently discovered in Spain. The result was very satisfying to my family and even to strangers who saw the photo and read the story on my blog, so I could connect with Mrs. Fischetti’s plight and desire to preserve this important document of personal history for herself and her family.” 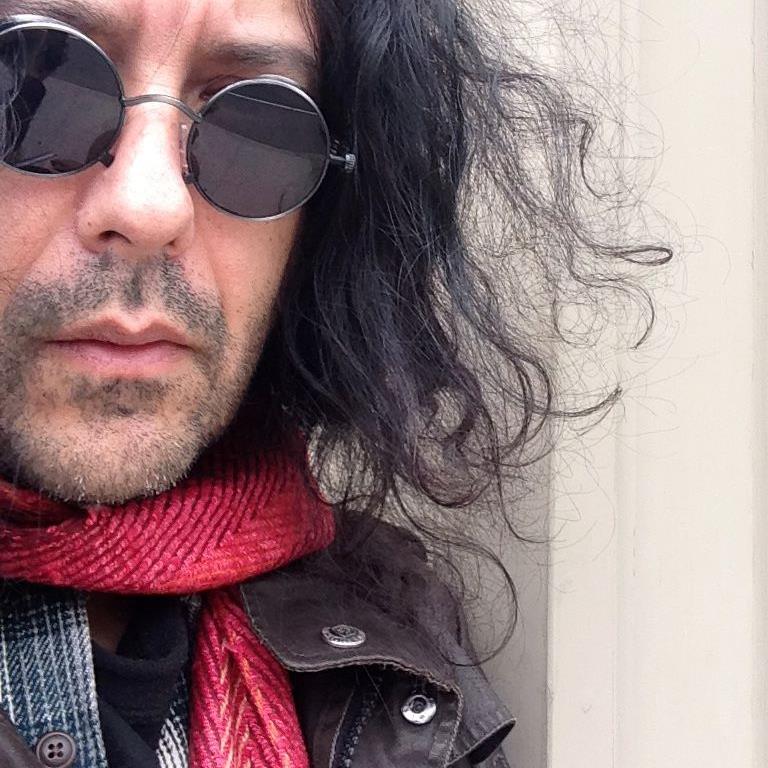 After removing surface dirt, Xiomaro created a high-resolution scan of the photo, placed a grid over the image and then began the methodical process of digitally restoring each square. Dozens of test prints using different papers were made from the digital file until a final photo was created that approximates what it might have looked like when it was brand new in 1949.

“Not only is the damage gone, but the photo has a lot more snap and crispness to it – it no longer has that faded appearance from age,” he said. “I am very pleased with the outcome.”