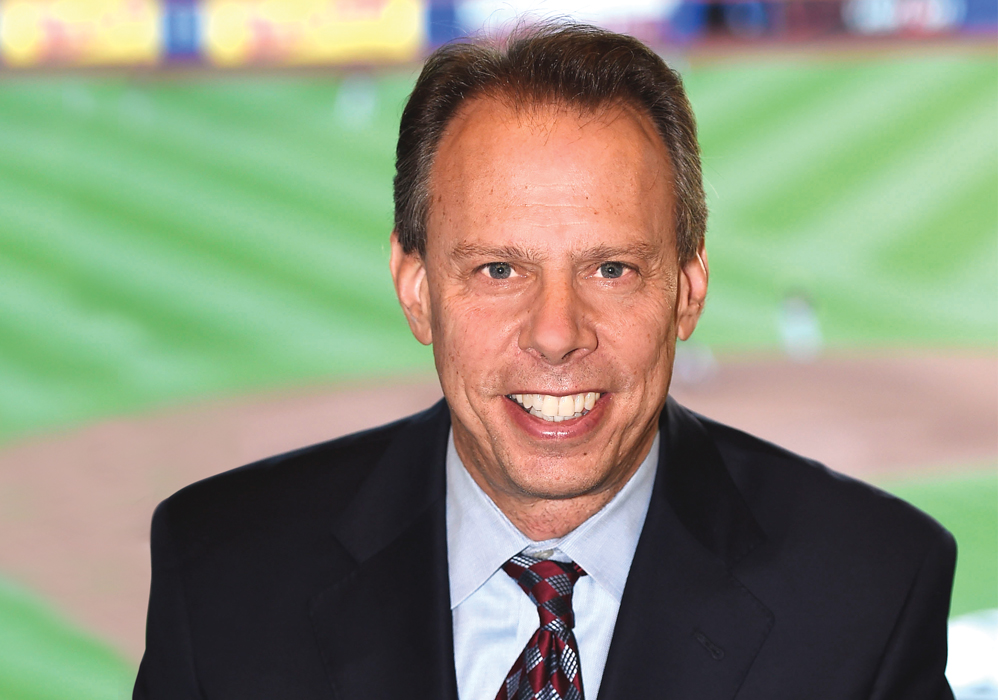 It is every announcer’s dream to make a call that lives on forever. For Mets and Islanders broadcaster Howie Rose, it just so happened that wish came true working for the New York Rangers, a team he’s followed since he was a boy.

Rose, who grew up in Queens in the 70s, knew early on what his career path would be. “Some of my earliest memories of watching television include watching an old game show named Beat the Clock,” Rose said. Even during his teenage years, Rose would bring his tape recorder to Rangers games and practice play-by-play. “I was really turned on to the whole concept of broadcasting and as I got into sports in general, I knew that that’s what I wanted to do.”

In 1975, Rose broke into the broadcasting industry with Sports Phone—an antiquated phone system where fans called in to get score updates.

“It was exciting just to know that people could hear you. To know that your message was being received by the public was a huge thrill, even though you were on the telephone and on tape.”

Rose became the host of Mets Extra in 1987, the team’s pre- and post-game show, yet he continued to aspire to call the play-by-play even though he lacked the prerequisite experience of calling minor league games. “I regret not working in the minors, because I think it hampered my development as a play-by-play guy—especially for baseball.” But after years of waiting, Rose finally became an on-air announcer for the Mets in 1996.

“I think it came organically,” said Rose, whose straightforward style of broadcasting, combined with his clear love for the team, quickly made him a fan favorite.

“It helps to have a background with a team and knowing that team’s past.”

In 1995, Rose became a television broadcaster for the NY Islanders. Over the past 20 years, he has witnessed many of their highs and lows but the lowest point came when they announced their move to Brooklyn. “I hated the thought of it and I still do,” Rose said. “They belong on Long Island and I think it was botched up by everyone who had a say in it. Long Island lost something that they will not be able to bring back and it’s a crime.”

Rose believes in the team’s significance to our community, which he said separates them from other New York franchises. “It was great that the Islanders were defined as a team that represented a more finite segment of the [New York] population. They brought bedroom communities on Long Island together in a way that nothing else did. That’s lost now.”

Despite broadcasting thousands of games, and making countless calls, Rose’s most famous call does not involve the two teams he’s worked with the longest. It occurred during Game 7 of the 1994 Eastern Conference Finals between the New York Rangers and New Jersey Devils. At 4:24 into the second overtime, Stéphane Matteau scored on a dramatic wrap-around goal, sending the Rangers to the Stanley Cup Finals and Rose into hysterics: Matteau! Matteau! Matteau! And the Rangers have one more hill to climb, baby!

When it comes to getting ready for his broadcasts, Rose acknowledged that his preparation for hockey and baseball are quite different, especially since one is on TV and the other is on radio. “From a creative standpoint, doing television can never be as fulfilling or satisfying as doing radio calls, because if you’re doing radio, you’re describing every last detail—if you’re doing it well. On television, you’re more of a narrator.”

Rose has come a long way since Sports Phone and admitted he is largely fulfilled professionally. He does hope that someday he has the opportunity to do a long-interview format show, similar to the one that Larry King used to do on CNN. For now however, he is very happy doing his thing. “On radio you are, as Bob Murphy used to say, painting the word picture. You have the greatest responsibility in broadcasting to be able to take that blank canvas and bring it to life. I like to think that hopefully my best call is still to come.”