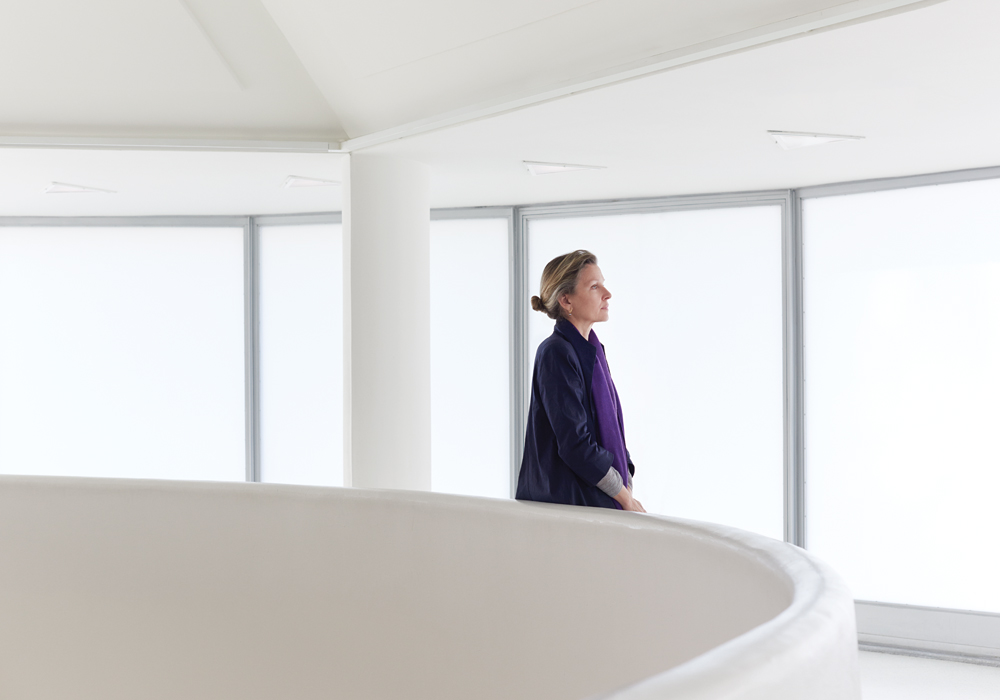 Jennifer Blessing is not a spoiler. She’d rather let each image speak for itself. image: ungano + agriodimas

Here’s a double rarity. Photo-Poetics: An Anthology, starting this month at The Guggenheim Museum, presents the chance to see real photographs and videos (not Instagrams) that are detailed, lushly-toned and meticulously printed by some of the top international artists in the field. It’s also a group show of ten artists, nine of whom are women. The Guggenheim’s senior curator of photography, Jennifer Blessing, described herself as an ambassador for all artists, but admitted, “I definitely feel there’s unfairness in the market vis-à-vis photography and vis-à-vis female producers.”

In conceiving the show, Blessing thought about how the medium has evolved and how pictures have become a proxy for speech. “You have these very beautiful crystal clear, detailed, rich images with gorgeous printing and work that often incorporated other photographs. The way to contemplate them is a lot like reading.” The exhibition is filled with photographs of poetic texts, videos about reading and pictures of books on shelves, carpets and wood floors, all emphasized by textures and saturated with color.

Words, texts and/or modern media are a threaded framework running either physically or thematically throughout the images. In Claudia Angelmaier’s Betty (2008), the image is a scan of a postcard of a painting that looks like a photograph. The picture is taken from the blank side of the postcard, the text playing across the surface and framing the piece. Erica Baum’s photos depict faces peeking out of books. Combining the essence of language, music and iconography, Anne Collier’s images of album covers display words and simultaneously hint at sounds. Lisa Oppenheim’s The Sun is Always Setting Somewhere Else (2006) comments on social media with a political subtext. They’re based on snapshots posted on Flickr by U.S. troops in Iraq and Afghanistan.

Blessing has been curating at the Guggenheim since 1989 and was appointed first curator of photography in 2006. She has long been drawn to the intersection of the technological world and the inner space. “I remember in high school becoming very interested in the Impressionists and specifically Manet… [the paintings] I was most drawn to were portraits. And that connects with my later interest in photography.”

Though it’s a group exhibition, Blessing has designed it as ten solo shows, giving each artist a room, hoping that the viewer will make connections between the works. She’s there to facilitate a sophisticated visual experience, but tries not to reveal too much, allowing the audience to interpret. “I worry about spoilers. It can take away that wonderful kind of gradual dawning of realization and comprehension.”