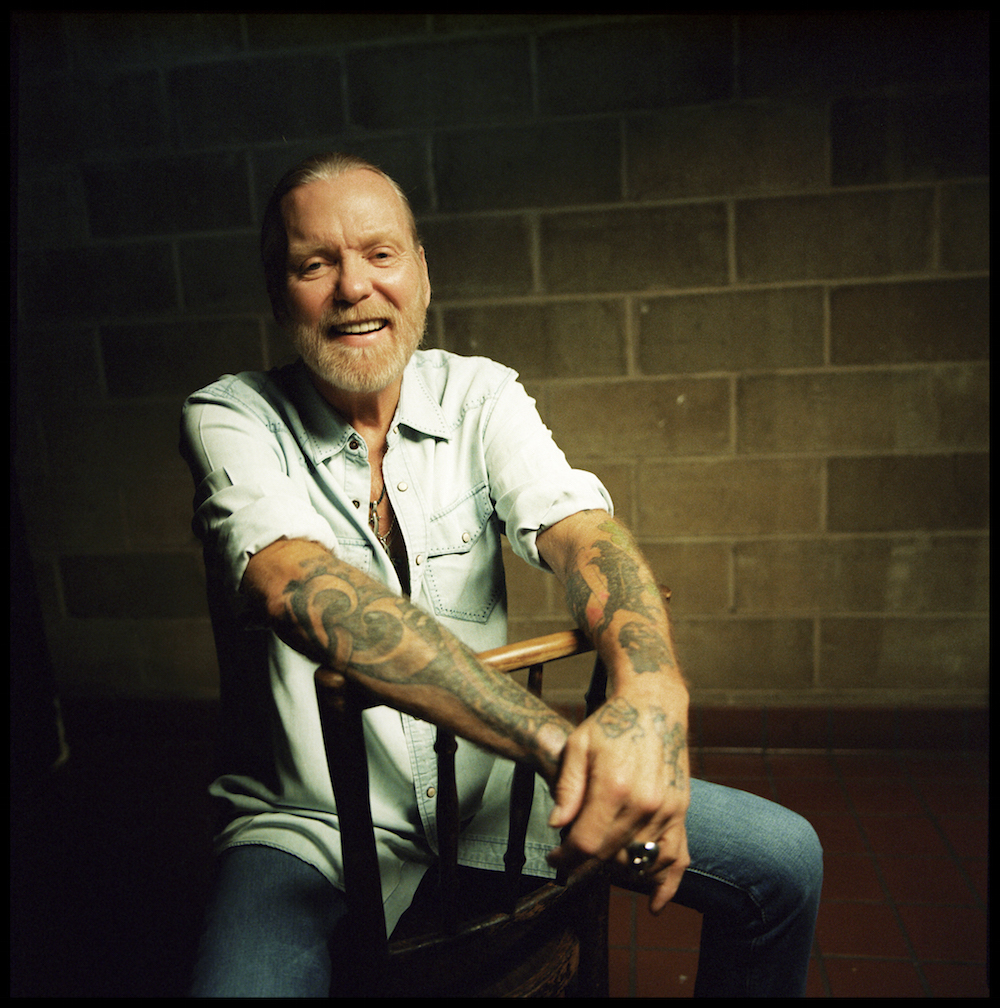 Gregg Allman’s new album, Gregg Allman Live: Back to Macon, GA January 14, 2014, is of a concert he performed at the Grand Opera House in Macon, Georgia. He will be playing the City Winery in Manhattan on Nov. 1, 2, 4, 5 and 6. Allman’s current solo tour included a stop earlier this year billed as the “Laid Back Festival” at Jones Beach featuring among others Jaimoe’s Jasssz Band with Jaimoe, one of the two drummers and an original founding member of the Allman Brothers Band, jamming with Allman. In the fall of 2014, the Allman Brothers Band ended one of the most enduring live touring runs in rock history. Allman had been very busy leading up to the group’s conclusion. He published his memoir My Cross to Bear, an unflinching and brutally honest account of his life in music with painful details of loss and addiction. Allman recently spoke about his new album, his brother Duane and future plans.

Long Island Pulse: Your guitarist Scott Sharrard is so versatile, given that with the Allman Brothers Band there were traditionally two guitarists (Duane and Dickey, Warren and Derek) out front. His playing fits so well with you and is original but also displays a respect for the original recordings and past live lineups.
Gregg Allman: I know all about guitar players. I’ve played with the best and I will tell you that Scott Sharrard is the perfect player for my band. Scott understands that you’re not getting paid by the note; he doesn’t play just for the sake of playing like so many guys do nowadays. Scott never steps on the vocals, and he lets the music breathe. Less is more sometimes, man, and that is Scott’s approach.

Pulse: Are there any plans to release any recordings from the first incarnation of the Allman Brothers Band that is in the vaults or recently discovered?
GA: Well, that huge At Fillmore East box set came out last year, and it contained every damn note we played that weekend! They’re working on another box set for the Idlewild South album, so people will enjoy that, but the Brothers weren’t like the Grateful Dead; we just don’t have a big ol’ vault full of live shows from the early days that we can put out on a regular basis.

Pulse: Your new CD/DVD is an obvious tribute to Macon and what the town meant to your formative musical years with the Allman Brothers Band. You seemed incredibly inspired at this show. It’s also a great mix of old, new, solo and group work. How satisfying was the show and the CD and DVD?
GA: I was pretty sure we had played a solid show, but you’re never sure until you listen back to it. I waited a few weeks, then I sat down with my headphones on, and what I heard just blew me away, man; we smoked it that night. 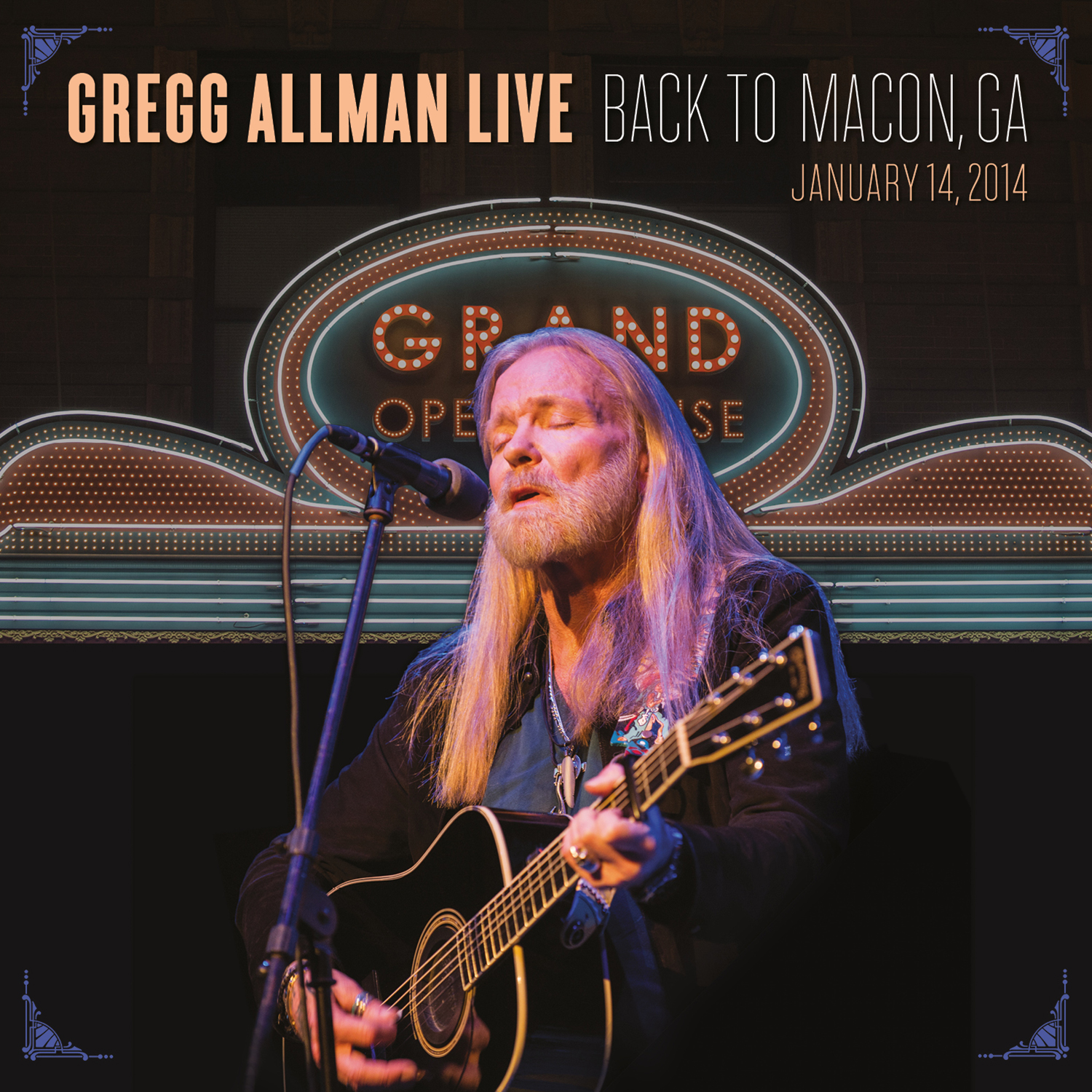 Pulse: Do you have any plans to work on a solo studio album?
GA: I certainly do; I’m working on writing some songs right now. I’m planning to go into the studio down in Muscle Shoals with Don Was around the end of the year. Don has worked with the Stones, Bonnie Raitt and everyone in between. He’s a major talent, and I can’t wait to see what we come up with together.

Pulse: When the Allman Brothers Band did their 40th anniversary run at the Beacon, Eric Clapton played with the group. What was that like and how did it feel playing the Derek & the Dominoes materials? Can you remember when Duane was playing with the Dominoes? Did he talk to you at all about what that was like?
GA: Playing those songs with Mr. Clapton was very, very special and one of the true highlights of that Beacon run, which we dedicated to my brother. I mean, we just tore it up doing those Dominos songs. Yeah, I stayed in Miami for a few days while my brother worked on Layla; I watched it go down. We were all so proud of Duane for what he did on that album, and even though he didn’t brag about it, I know he was proud of it, too. My brother knew he did some of his best playing on the Layla album.

Pulse: Are there any people you would like to play with or record or write with who you haven’t worked with yet?
GA: Sam Smith. He’s got such a soulful voice I could listen to him all day long. Now that’s one guy I would just love to record with; he can just flat-out sing.

Pulse: It appears that you still like touring and playing live. Will there be any future residencies in New York like the Beacon shows for you as a solo artist?
GA: I’m going to keep playing as long as I can; I’m feeling good and have no plans to stop anytime soon. I loved the tradition of the Beacon run with the Brothers; it became like a rite of passage in New York, but it ended with the Brothers. That being said, if we can find the right venue, I can see doing a run of a shows in the City. I’ve done it with the Brothers, and so doing it with my band would be very cool.

Pulse: How did the Laid Back Festival come about?
GA: The Laid Back Festival is something I’ve wanted to do for a long time. With the Brothers, we had Wanee and the Peach fest, so we started talking about doing one of my own. Michael Lehman, my manager, made a deal with Live Nation to set up Laid Back at Jones Beach, and I couldn’t be more excited. We got some old friends to come play – the Doobies, Bruce Hornsby, Jaimoe and his band – plus some younger folks like Lara Johnston, who can really sing. There was great food and drinks as well, so people came out and made a day of it. I couldn’t be prouder, and I can’t wait to see what we can do next year.