John Mayer heard the calling, and rang the bell loud and clear.

Many in the jam band universe were confused, even angry when the surviving members of the Grateful Dead decided to continue their musical journey before the ink was even dry on the “Fare Thee Well” contracts from Chicago this past summer. The addition of the pop-centric Mayer to the newly formed Dead & Company was even more perplexing. Fans wondered where the music was going, and why it was still going at all. But Mayer, along with three of the core four: guitarist/vocalist Bob Weir, drummers Bill Kreutzmann and Mickey Hart, as well as jam band fixtures Jeff Chimenti on keys and Oteil Burbridge on bass, obliterated any and all doubts at Madison Square Garden this past weekend.

Last night’s second of two shows came from—and gave back to—all of the intensity and magic that defines the Grateful Dead experience when it’s clicking. What seems like an odd fit on paper could not have been more organic. Mayer has figured out intuitively that the best way to serve Jerry Garcia’s legacy is to serve the songs and the sound. Like Garcia was before him, Mayer is first and foremost a disciple of the blues, folk, and early rock and roll. He’s working from the same palette, only with his own reference point —and the chemistry is a sight and sound to behold. 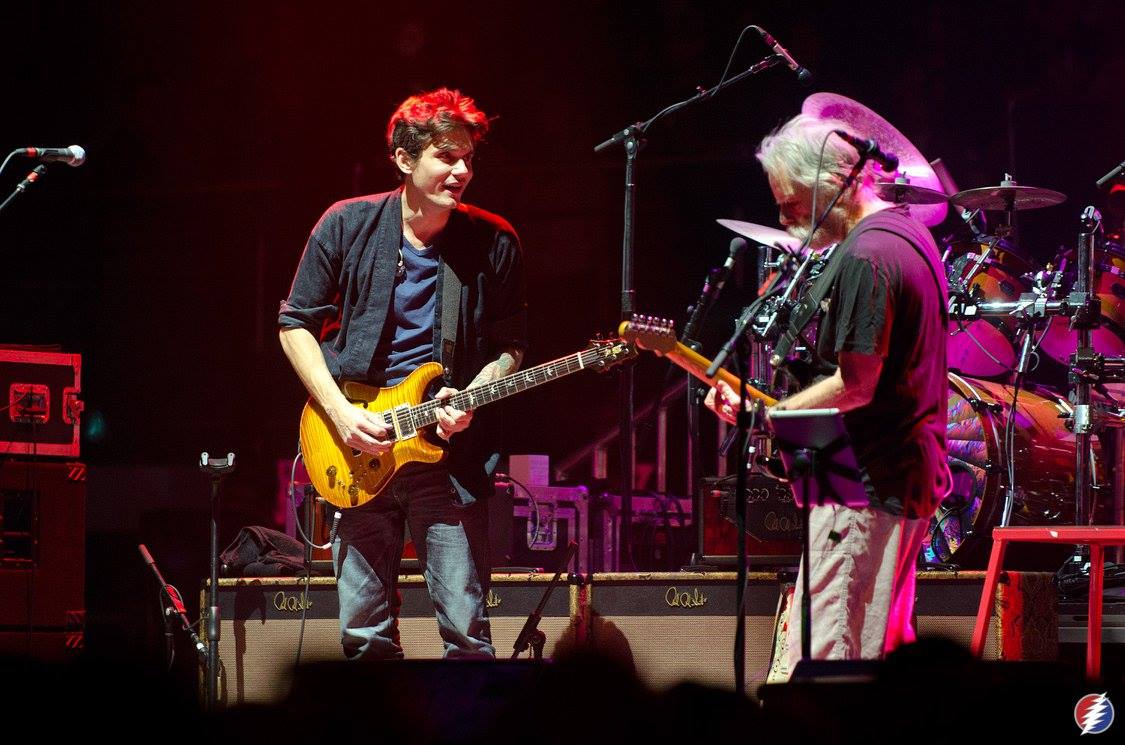 What seems like an odd fit on paper could not have been more organic. image: katie friesema

Though he’s known for writing mega hits and inviting tabloid fodder, the simple truth is that Mayer is a woodshedder, a virtuoso, both student and master, comfortable and fluid in all styles and modes. He’s also decades younger than anyone from the original Grateful Dead, and his exuberance is a legitimate shot in the arm to the entire scene. Mayer hit all of Jerry’s marks with timing and precision, but kept his own sound and style while doing it. While Weir (sporting a Garcia T-shirt), growled and snarled on vocals, Mayer tore through early solos on “Samson and Delilah” and “Minglewood Blues.” And Mayer’s own soulful baritone gave fresh perspective to songs like “Friend of the Devil,” “Sugaree” and “Bertha,” during which Mayer truly made his bones. When the entire ensemble got lost in the middle jam, Mayer threw his head back in laughter, then plowed ahead with fervor and trust—that’s the Grateful Dead at its best.

When the tunes and the band called for it, Mayer proved he was more than willing to stretch time and space in true Dead fashion as well. He led the way into the deep end on the longer explorations of “Crazy Fingers” and “Uncle John’s Band” and he, along with Oteil and Chimenti, got into some expansive, articulate, triangular mind melding as they adventurously threw paint up against the endless canvas of “Dark Star.”

Oh yeah, the rest of the Grateful Dead was on hand as well (sans Phil Lesh, who was playing with his own band at the Capitol Theater in Port Chester). Behind his trippy kit, Kreutzmann was supercharged all night, and he and Hart found the longest, widest grooves during “Drums” and “Space.” De facto leader Weir, whose notorious inconsistency has been no small part of the Grateful Dead charm for half a century, was on point all night. Additional kudos to Weir for curating this lineup. He’s the one who took the guy who wrote “Wonderland” and put him at the wheel of “the bus to Never-ever land.” Again, in true Dead fashion, it was a risk borne of inspiration, with surprisingly beautiful results. 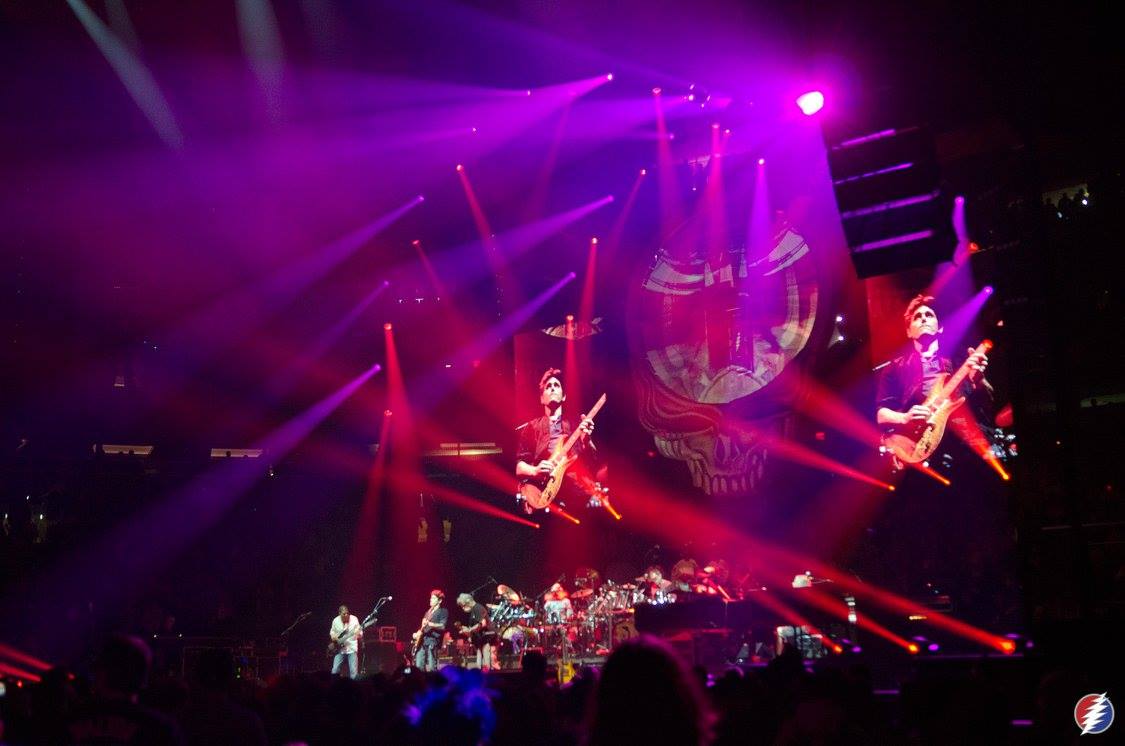 When the tunes and the band called for it, Mayer proved he was more than willing to stretch time and space in true Dead fashion. image: katie friesema

As a whole, Dead & Company made a deft nod to the Grateful Dead’s headiest work in the early nineties by veering into a late reprise of “Playin’ in the Band,” after starting the song two nights earlier in Albany. Such excursions are signature moments that speak to the band’s big picture approach, and their self-awareness as the longest, strangest and greatest American adventure in live music.

After the house lights came up and the band took their collective bow, one by one they trickled off stage, waving and smiling with both hands. All of them except Mayer, who lingered a few seconds longer. Alone, he grabbed his guitar off the stand, cradled it close and took it with him into the darkness. Probably headed back to the woodshed for more practice.