On the shores of Shelter Island, a man’s eyes are drawn to the sand beneath his feet as he pushes his new boat into the sea for the first time. Within his sight is something he’s never before seen on the beach: a white quartz arrowhead. Just like Alice’s white rabbit, the unusual stone led the intrigued man into a wonderland he never anticipated. 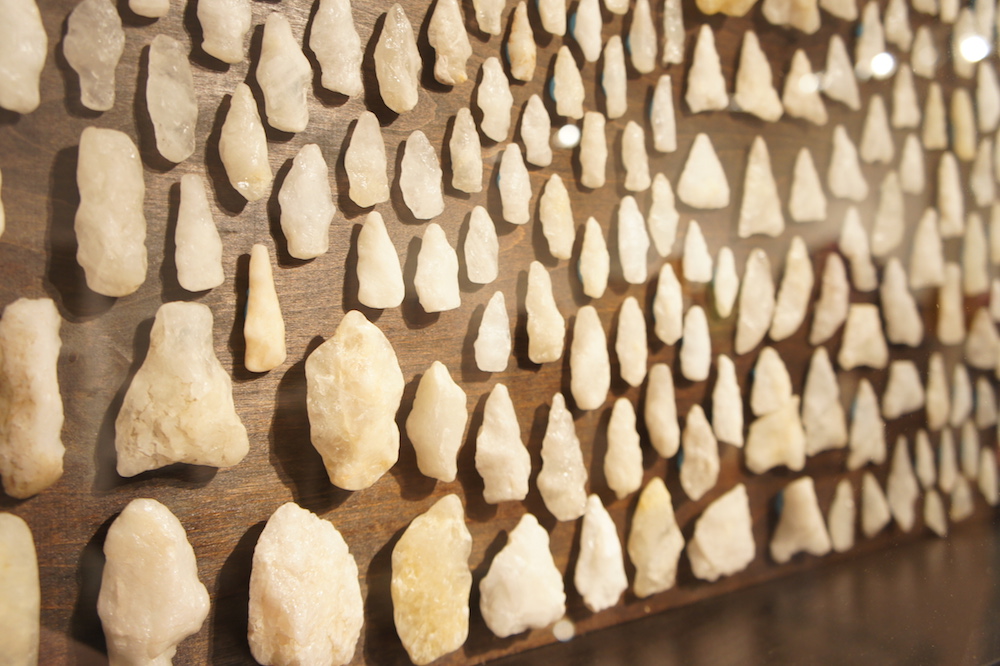 “[It]’s a strange, creative odyssey that I fell into absolutely by chance,” artist John Pagliaro said as he recalled the vivid encounter. He remembers appreciating the craftsmanship of the Native American artifact he found back in 2009.

“What struck me was the human aspect of this object…I just sort of thought, ‘How is this thing still here? How is it present? How is it intact? What’s the backstory? What was the person’s life who made it like?’” 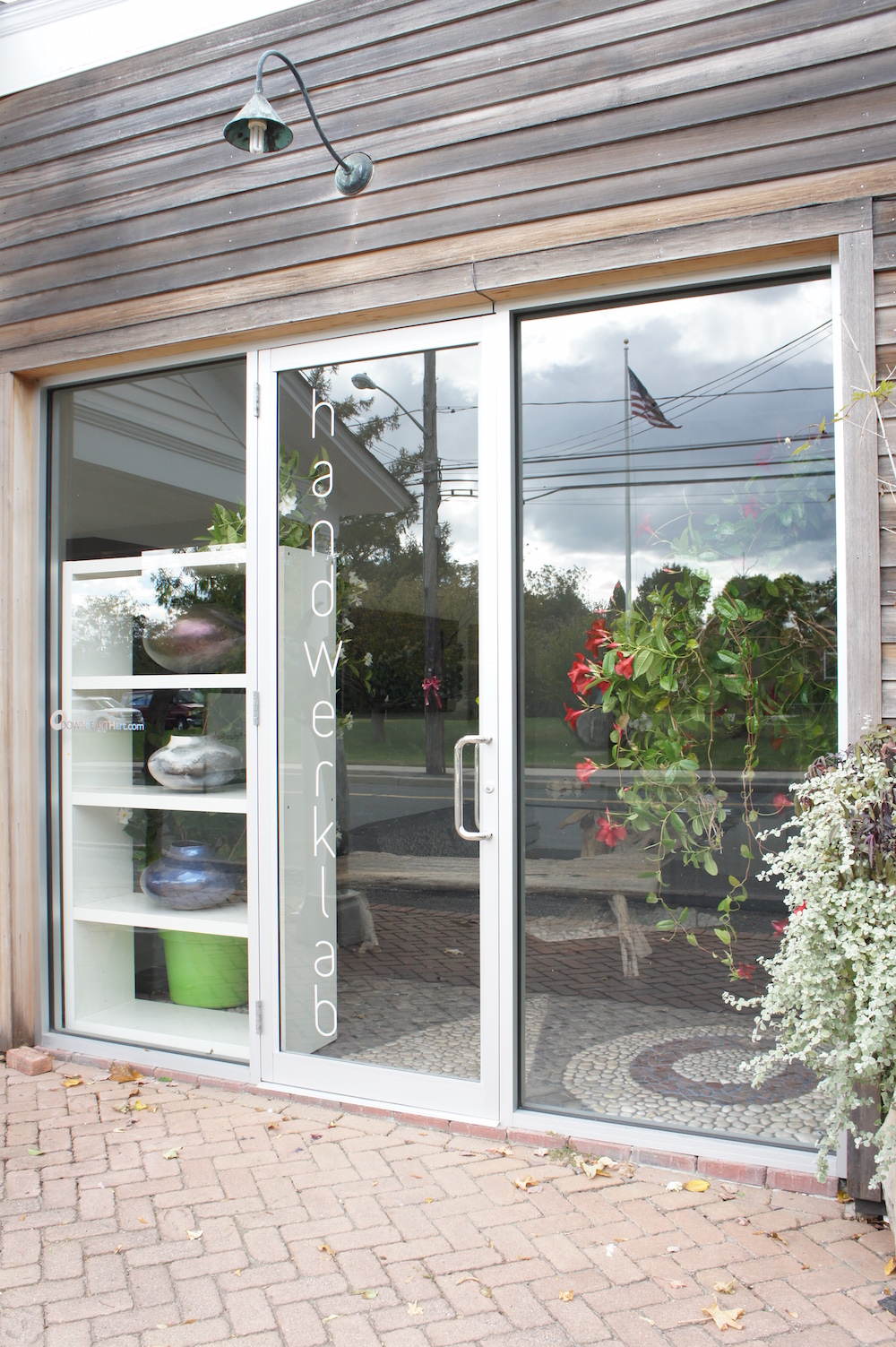 Pagliaro, a Shelter Island resident for 15 years, decided to learn all that he could about Long Island’s indigenous people and the handmade rock points. He started to actively seek (merely by eye) tide-tossed arrowheads on his almost-daily beach visits, and within the past six years, has amassed a collection of about 750 of them.

“I wanted to find every arrowhead that could possibly exist,” he said. “At the same time, I was kind of availing myself of the vast archaeological study that goes behind the objects.” 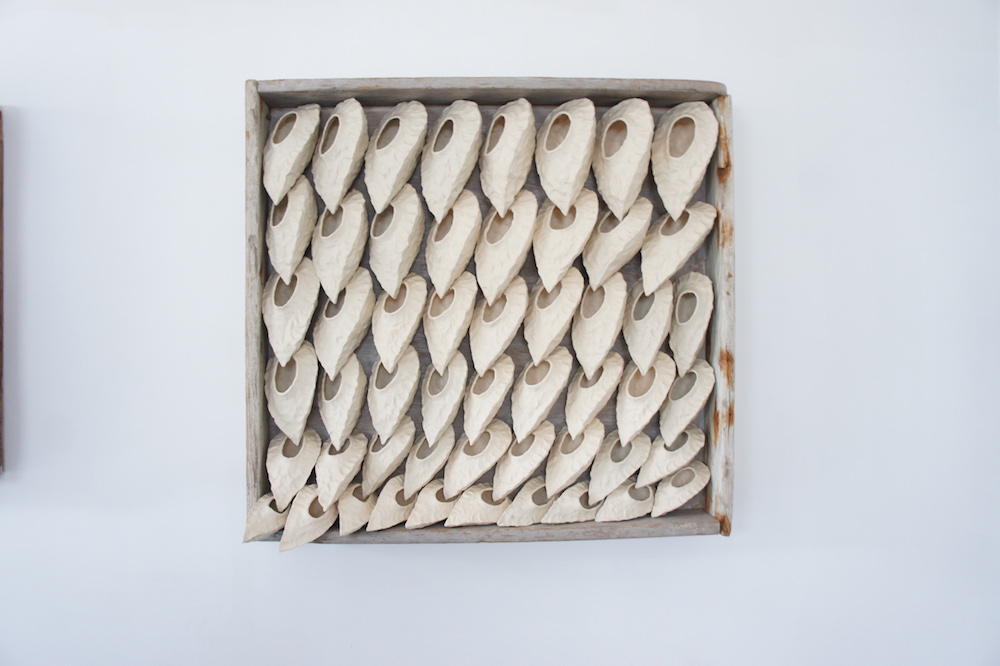 John Pagliaro said at least four of the arrowheads he found are about 10,000 years old and of the Paleolithic era. image: rachel kalina

Through independent research, database sites like Lithics.net and an Instagram network of arrow enthusiasts (archaeologists, collectors and amateurs), Pagliaro came to some striking conclusions. While the majority of the arrowheads are between 2,500-4,500 years old, at least four rare ones, he said, are about 10,000 years old and of the Paleolithic era. 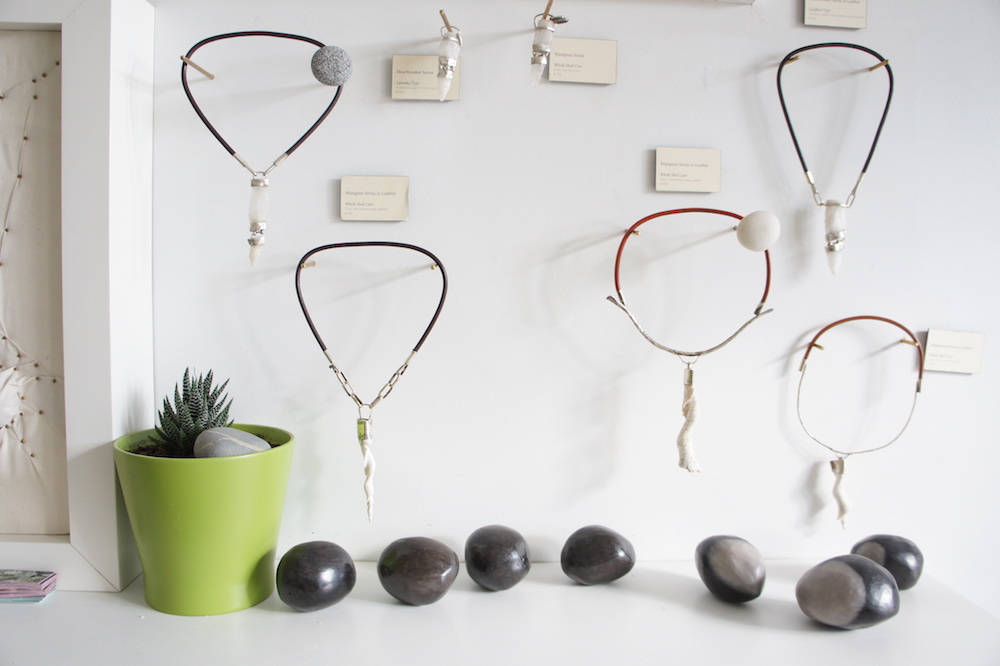 “For a very long time, a lot of archaeologists were in agreement that early presence on Long Island was 3,500-4,500 years ago,” Pagliaro explains, “This [evidence] is far beyond that.” Unlike previous researchers, Pagliaro believes not only were Paleolithic Native Americans on Long Island, but they also had a very entrenched culture here.

Pagliaro’s every-growing arrowhead collection quickly attracted patrons, who continue to want to buy pieces of it. 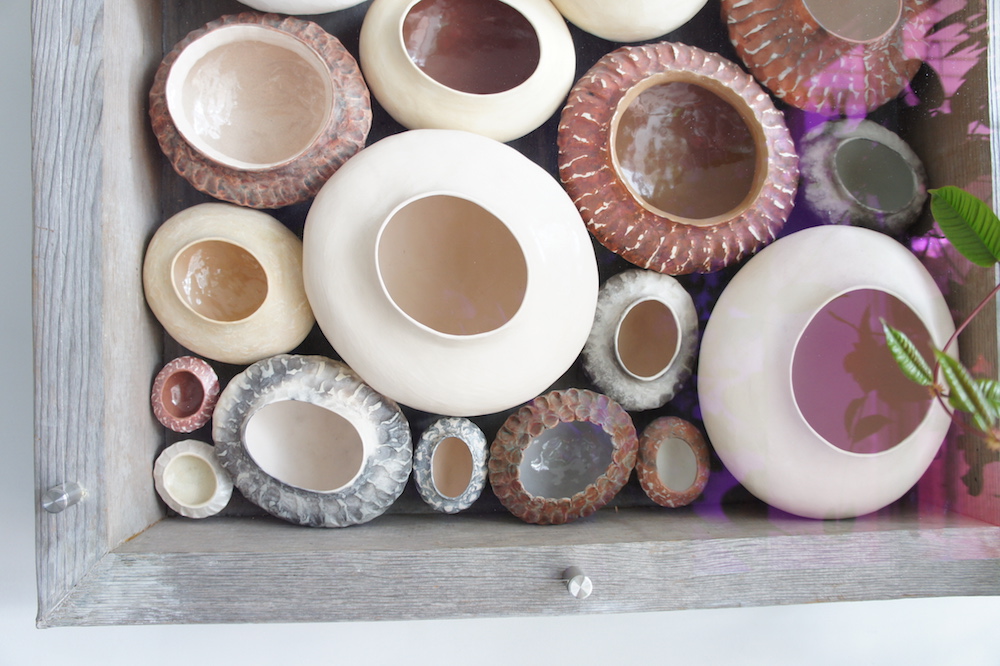 Stone, wood, clay: All of these materials are varied, but when employed by Pagliaro (a self-proclaimed “restless creative spirit”), they exhibit a common theme of natural resource. image: rachel kalina

“That idea of owning a cultural artifact from a place that you’re visiting or that you live is so enticing,” Pagliaro said.

Not wanting to break up the priceless specimen record, Pagliaro settled for a compromise. He takes broken arrowheads, nicknamed “heartbreakers,” and uses ancient silversmithing techniques to turn them into wearable artworks. Some of the impressive pendants move and sway in a manner similar to the waves that brought them to the forefront of Shelter Island’s sands.

Of the necklaces he creates, Pagliaro said, “I’ve always been making art that operated on the basis of the shared human experience, the collective subconscious…to try to tap into something that’s so fundamentally human—that continuity that goes across time.” 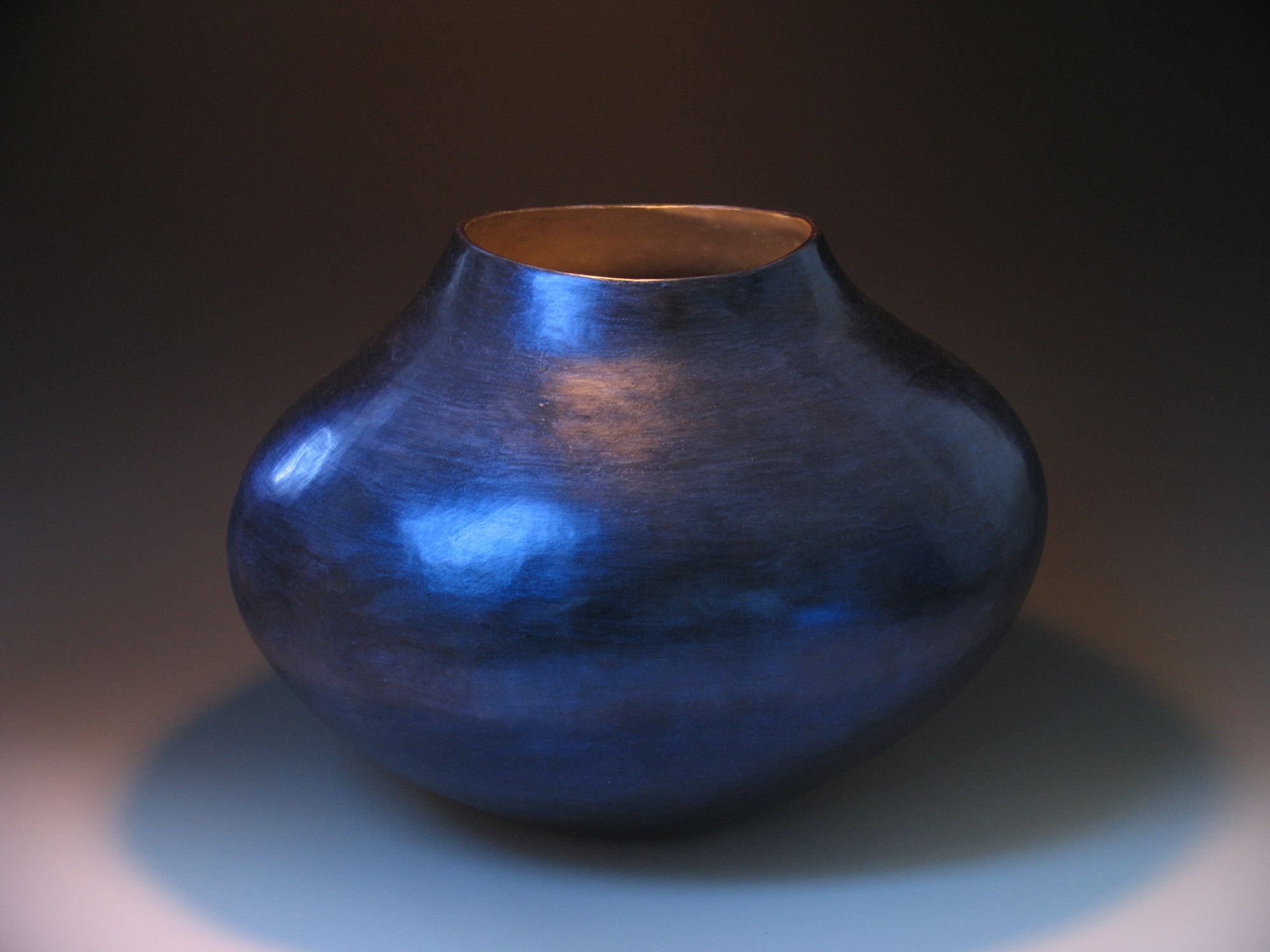 Pottery, Pagliaro notes, offers another art form that transcends time. An admiration for clay was instilled in Pagliaro when he took ceramics classes at age 6. An undergraduate degree in sculpture and a master’s in ceramics refined Pagliaro’s skills throughout the years.

“Ceramic always has that element of fragility,” he said, “It needs to be nurtured. It can always perish.”

Pagliaro’s small iridescent, painted and natural ceramic pots appear in hand hewn shadowboxes around his Shelter Island gallery/studio, Handwerklab. Larger pots are also on the artist’s showroom table, which he created from a beach-found, twisted, wood base and anchored to a foundation of smooth rocks. One shadowbox, titled “Azuero” and filled with pearlescent clay pots in hues from green to purple, was crafted from an antique wooden beam. A favorite artwork of Pagliaro’s, it was made as a direct response to his visiting the beautiful Panamanian peninsula for which it was named.

“Since I’m an expressionist, I want to hit people in some core place where it’s not an intellectual process—that they can just get by ‘Boom!’—like it hits you parasympathetically, just gets you in the gut,” Pagliaro said of what he aims to affect with “Azuero.”

Stone, wood, clay: All of these materials are varied, but when employed by Pagliaro (a self-proclaimed “restless creative spirit”), they exhibit a common theme of natural resource. Whether he’s collecting ancient rocks or weathered wood from his surroundings, or actually using the earth’s clay to create, Pagliaro’s artistic roots spring from the same spot.

“I’m never trying to imitate nature, but certainly there’s no greater force behind my creativity than nature and my relationship to the outdoors,” he said. “My art absolutely reflects my love of living on Shelter Island and my love of this place. If does nothing else, I hope it does that.”

Pagliaro’s next project will be to write a book about his arrowhead collection and research findings. He intends to share the fascinating story that has unfolded for him. The artist’s pots, shadowboxes and arrowhead jewelry are sold at Handwerklab Art Gallery and via Down2EarthArt.com. They’re exhibited at fairs including. Hamptons Market Art + Design and the New York Ceramics and Glass Fair. Keep up with the latest creations on Instagram by following @handwerklab.