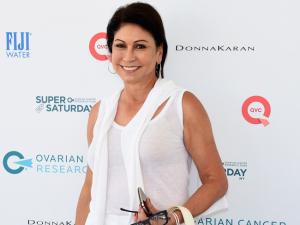 Caroline Hirsch has watched the comedy industry change profoundly since she first established Carolines on Broadway in 1982. The advent of the Internet and audiences’ embrace of female personalities is creating a comedic resurgence of sorts.  Both of those aspects will be on display when the New York Comedy Festival (November 10-15) takes place this month, highlighting acts both established and new.

In advance of the festival, I spoke with the comedic mastermind about all things funny and got a behind-the-scenes look at what to expect from this year’s shows.

Long Island Pulse: Tell us about opening Carolines on Broadway.
Caroline Hirsch: It was 33 years ago. I was in retail before that and some friends wanted to open a cabaret and they said, Why don’t you become a partner with us? And that’s how I got involved. A year later, we hired Jay Leno and Jerry Seinfeld and drifted to comedy.

Pulse: How has comedy changed since then?
CH: It’s much, much bigger and broader now. Many more females, many more people doing comedy. You have to understand that during this period there were different cable channels that came along and specialized in comedies and helped it along and [people] watched stand up comedy on cable.

Pulse: You went on to establish the New York Comedy Festival. How did that come about?
CH: The festival came about as I was celebrating [Carolines on Broadway]’s 20th anniversary and we did it at Carnegie Hall. I asked some of the comedians that graduated from Carolines to come back and be part of the celebration so it was such a great evening that I thought we should be doing more of this.

Pulse: What can we expect at this year’s festival?
CH: There might be some surprises at the Judd Apatow show because he’s claiming some of his friends might join him on stage. It’s also the first time we’re working with Trevor Noah and we’re excited about that since he’s taking over The Daily Show.

Pulse: It seems like this past year has been a great one for women in comedy. Do you agree?
CH: Yes. Comedy is not something easy. It’s not something that’s very feminine. It’s not any of that. It’s hard. You have to stay in there and, like I always say, they either get killed or die. Pretty aggressive explanations for comedy.

[However], we just continue to say they’re female. The humor is probably as raunchy and as topical as the men’s. But it’s good. I noticed a lot of young women are very involved in comedy as writers and producers and that’s changed over the years. There are more comedians, both male and female–the proportion is the same but there’s more of both.

Pulse: The comedy scene in New York seems to be different, sometimes harder, from to the rest of the country. Is that true?
CH: It’s the hardest town to make it in because it has the most sophisticated audiences. People go out to Los Angeles because of pilot season and whatnot but you really need to be able to make it in New York. Sure, comedians come from all over the country. They start in other places and then feel like they have to move to New York to make it. New York is where it’s happening. Los Angeles is kind of a sidebar to New York. That’s how I feel.

Pulse: You’re known for spotting talent. How do you go about that?
CH: Because I’ve been doing it for so long, it’s natural. I watch people come through Carolines, an opening or a middle act, so I’m watching them grow. It has become easier in the past few years, because they can just take a video and email it to me and I’m able to see a lot more people.

Pulse: Speaking of videos… It seems like the Internet has profoundly affected the industry. What do you think comes next?
CH: I don’t know what the next stage is after the Internet. But comedy has worked so well online because you’re able to get these short clips of it and short jokes of it and that’s why it has been so popular online more than anything else. [Also], the political comedy works so well on social media so I think that’s why it’s so much more popular today. You’re able to hit many more people with it. The Internet has been able to make a lot of comedians into brands.

Pulse: I have to ask you this: What makes you laugh?
CH: Original stuff. The thing that makes people laugh is when you hear something you relate to. It’s like a community of thoughts, when you’re sitting in the audience and we all laugh because ‘Oh yeah, that has happened to me.’ That’s what I love.