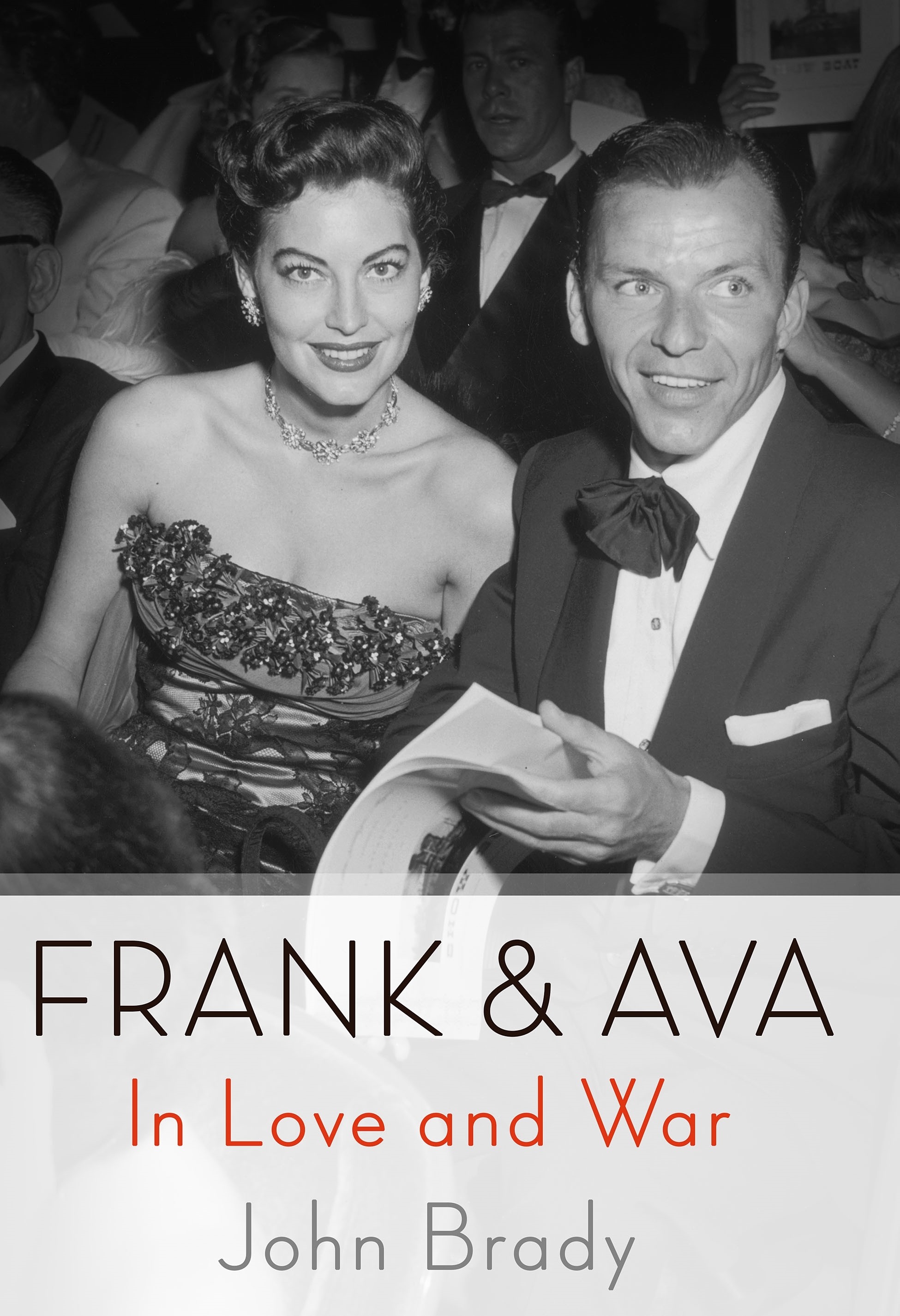 Whatever does she see in him?

That may be something you wonder while glancing at the tabloids at the grocery store. What is it about him that she likes, or vice versa? Either way, the answer eludes you but, as in the new book Frank & Ava by John Brady, full explanations could be an impossible dream.

When 18-year-old Ava Gardner stepped off the Manhattan-to-Los-Angeles train one summer day in 1941, she was green as spring grass: her entire knowledge of Hollywood had come from fan-mags. She didn’t even smoke or drink; she was just a good girl from North Carolina, a beauty whose new career was launched by a portrait in a photography-studio window.

Before she left New York for Hollywood, Gardner had “playfully” said she was going to marry the “biggest movie star in the world” and, unbelievably, six months later, she became Mrs. Mickey Rooney. That marriage lasted less than a year, as did her second marriage to bandleader Artie Shaw.

When Frank Sinatra arrived in California in 1943, his star had been shining for quite some time: the singer “was everywhere,” and was the “highest-paid concert performer in the country,” having become famous with Tommy Dorsey, and then solo. He’d also acted in some “modestly successful films” but that summer, Hollywood shouted so he moved his wife and family west.

It was an innocent time and Tinseltown still had a small-town feel; Sinatra worked at RKO at first, but Gardner ran into him on the MGM lot (and elsewhere) now and again and again, and by early 1947, they’d kindled something and were “dating” one another. He was still married.

She continued to sleep around, as did he, while he worked to gain a divorce so he could marry Gardner in late 1951.

They fought on the way to the altar; the battle continued after “I Do.” Still, when his career briefly faltered, she supported him and paid the bills.

Years later, long after semi-amicable split, he returned the favor by paying for her funeral.

Can’t live with him, can’t live without him? No doubt, you’ve heard that before so keep it in mind as you read Frank & Ava because nothing has ever been more apt.

This is a love story, but not always. A tale of scandal, but more. Author John Brady allows just enough cattiness to make this bio humorous, but yet, I also saw resigned sadness in these pages, and that was a surprise.

The other eyebrow-raiser, even in these tell-all times, was the long, overly long list of sleep-arounds that Brady offers, which lends this story a feel of sameness from page to page. That sometimes made me lose focus; the oft-occurring gossipy tidbits he dropped kept me coming back for more.

While I ultimately got a lot out of it, I think Frank & Ava will resonate best with older readers or major fans of Old Hollywood. If that’s you, and you don’t mind a little repetition, then it’s a book you should see yourself reading.