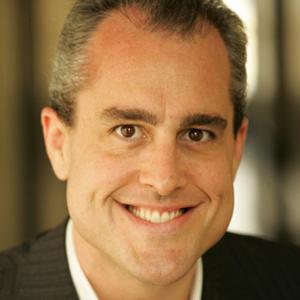 Jericho native Seth Blum is a man of many worlds. There is no box that would fit the multi-faceted, exorbitantly talented actor, musician, teacher and activist. Through the years you may have caught him performing with his rock/blues jam band, Six Each; perhaps he stopped you on the subway as he collected signatures for his New York City mayoral candidacy; maybe he was your math teacher in high school; it’s most likely that you have heard about his show stopping turns in off-off Broadway’s Bayside! The Musical and Full House! The Musical! (the latter of which, starring Perez Hilton, is currently garnering rave reviews as it runs at Theatre 80). He recently chatted with Long Island Pulse over coffee at Jericho’s Starbucks as he contemplated everything from saving the day in Jericho High School’s production of Bye Bye Birdie, to his development of math apps for students, to finding Mr. Belding and Uncle Joey in the least likely of places. 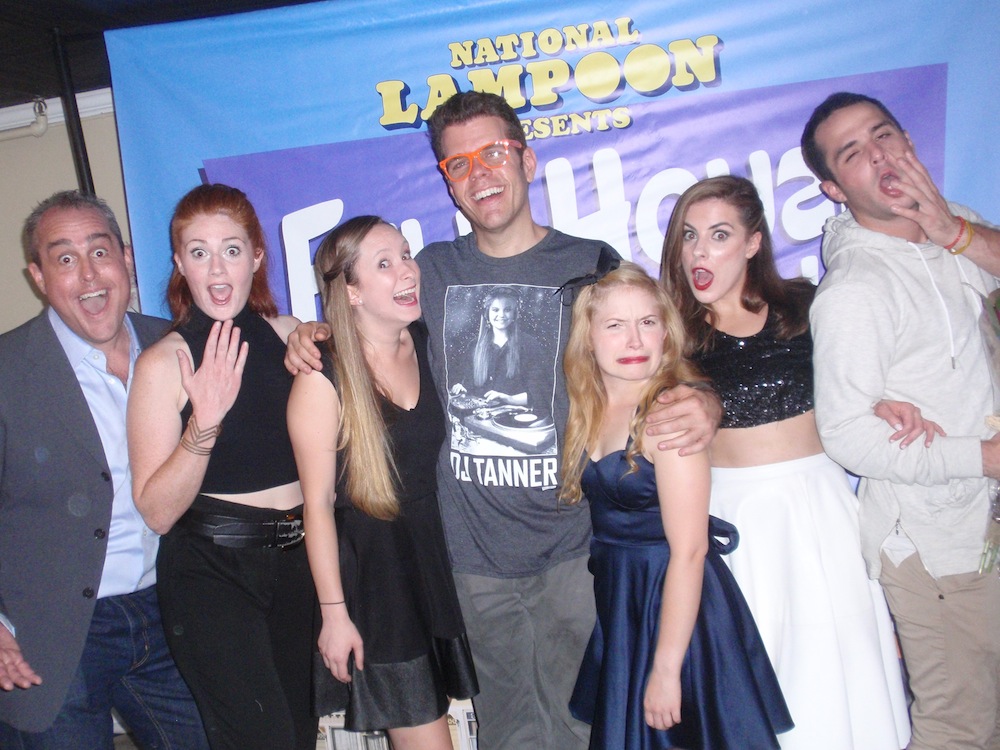 The cast at the opening night of Full House: The Musical

Long Island Pulse What is your earliest memory of yourself as a performer?
Seth Blum: The biggest thing was at a bar mitzvah. All of a sudden everyone started chanting my name to sing. I don’t know how it started, but I sang at the bar mitzvah, and then every bar mitzvah I went to they wanted me to sing. I sang Michael Jackson songs. When I was at Jericho Middle School and High School I was the president of the Student Council, so I was certainly popular in that way. I was always in the shows every year, no matter what. The football coach would want me out there on the field because I was a big guy, and I was like, “Sorry, I got rehearsal.” I did the stats for football, for all the teams, though. I loved doing the stats.

Pulse: Which shows from Jericho recall the fondest memories for you?
Seth Blum: The high school was doing Bye Bye Birdie while I was still in middle school. Three weeks before the show was about to open, the guy who played Albert Peterson got an attitude and quit. So Mr. Brescia, who is one of the people in my life who was a mentor, called me over on the baseball field, and said, “Seth, you think you can play this role and learn it in three weeks?” I said, “Absolutely!” And here I come, a middle school student stepping into high school, looking up at all these seniors. But I did it! In 10th grade we did Little Shop of Horrors and I played Seymour. In 11th grade we did How to Succeed in Business Without Really Trying. I played J. Pierrepont Finch, and then as a senior, just for me, they did Fiddler on the Roof so that I could play Tevye. What a high school experience I had! It was great. 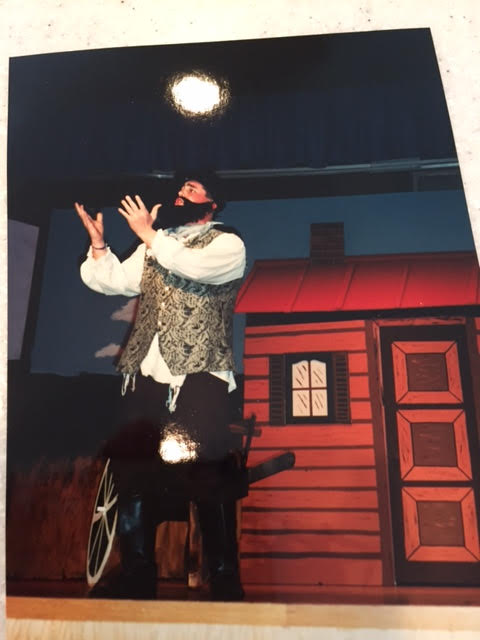 Pulse: Tell us about the ensuing artistic journey beyond Jericho, which landed you at Theatre 80 playing Uncle Joey, Kimmy Gibler and others in Full House! The Musical!
Seth Blum: At Binghamton University I was in an all-male acapella group where I honed my skills as a singer and a harmonizer. I did theater there too and then transferred to Northern Arizona University in Flagstaff where I continued to do theater. I graduated and didn’t know what to do with my life. I always wanted to be a teacher, and I had thought math could be done better, so I went to go be a teacher. I went through a marriage and divorce. The divorce was the catalyst to get in better shape and also get back into my love of acting, which I had given up while I was teaching. Since 2010 I’ve been in 10 productions.

Pulse: And somewhere in there you also ran for mayor of New York. No stones were left unturned!
Seth Blum: It was 2005, and it was all about the curriculum. I created the Education Party. When Bloomberg got into office in 2000 and got rid of the Board of Education, I was really excited. I thought that education needed a central control, and not this board where nothing was getting done. But then he started to implement curriculums and increased testing, and I thought, “No, that’s not the way.” Bloomberg was never an educator, never taught any classes, doesn’t know anything about education; he’s a businessman. Obviously, he’s going to run it like a business. So that’s when I started thinking education is not capitalism, education is communism at its best. He hired a school chancellor, Joel Klein, who was a lawyer and a businessman also with no background in education. That drove me crazy. I had created my own curriculum, and my students were doing project based, individualized work, and I wanted to get it out there. [Running] ended up being a learning experience.

Pulse: How did you first hook up with Bob and Tobly McSmith, the hysterical masterminds behind the raunchy Bayside! The Musical! and Full House! The Musical!?
Seth Blum: I knew I was ready to get out of teaching. I had gotten my administrative certification, so I was looking for a job as a principal and I couldn’t find one. Then I saw Bayside! The Musical! and I thought, “That looks perfect for me. A principal. Belding.” I found a principal job on the stage instead. Isn’t that amazing? When I auditioned, they asked me to sing a song that would make them laugh. My mother said, “Why don’t you sing that song that you sang at your bar mitzvah?” I did “Mean Green Mother From Outer Space” from Little Shop of Horrors. It was funny and made them laugh. I did my best Tori at the time. [Blum played the short-lived character in the Saved by the Bell parody to great acclaim.] 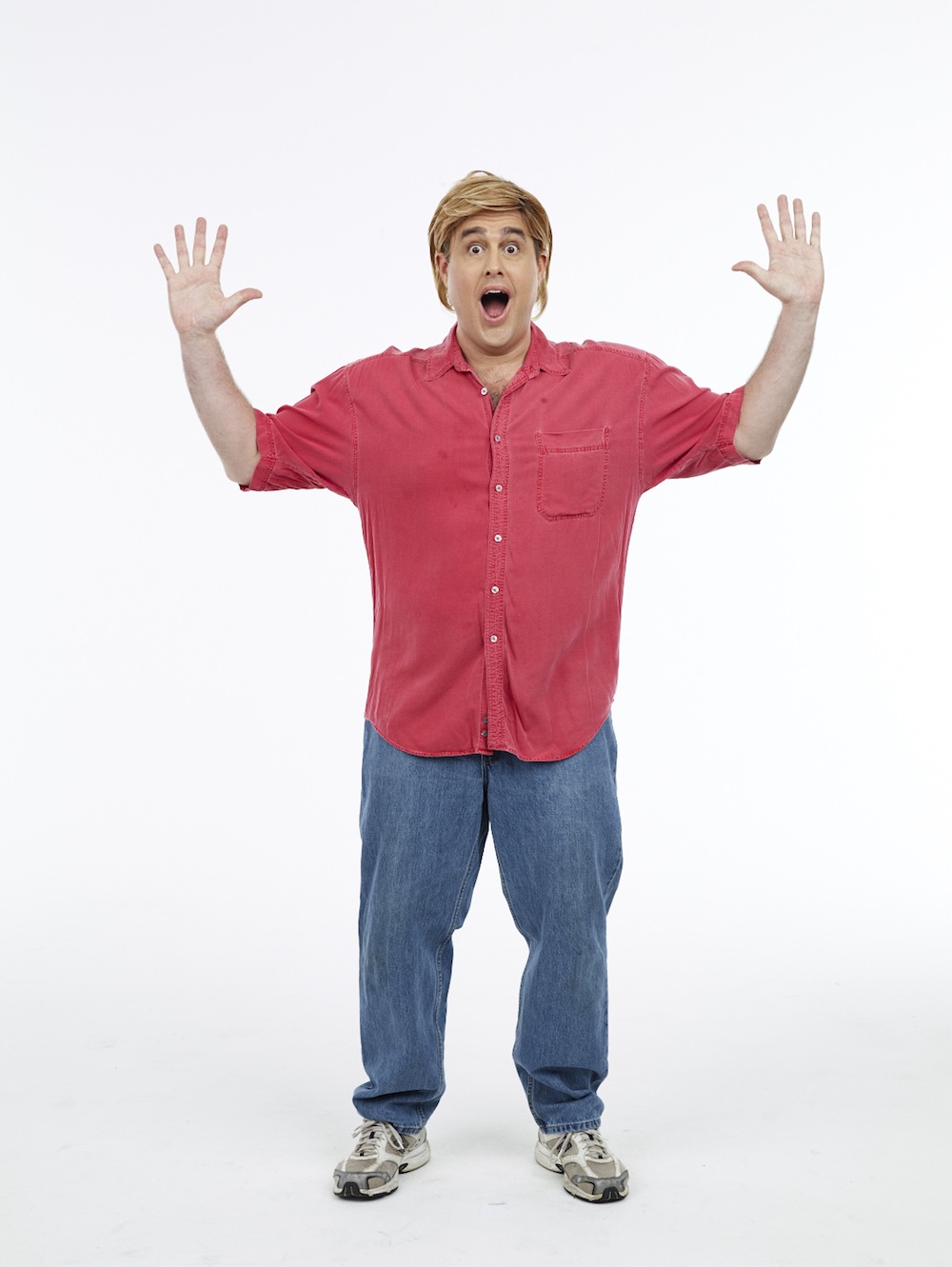 Pulse: “Tori” was the name on everyone’s lips as they left Bayside. There are even hints of Tori in Kimmy Gibler. How much of these characters come from your own imagination?
Seth Blum: Tori was fun, I was given the freedom to do a lot with her. My biggest problem was Mr. Belding. His laugh and his, “Hey, hey!” are iconic. I struggled with that. I didn’t want to let people down, but there’s a difference between imitating and parodying. You can see it now as I play Uncle Joey. I’m parodying. What was Dave Coulier directed to do as an actor? Was he told to be a good comedian, or a bad comedian? The family didn’t like his comedy on Full House. They were annoyed, so his character had to be an annoying comedian. So what was Seth Blum told? He has to be an even worse comedian. I had the idea that my character’s version of comedy would be rhyming. “Oh, a table. It better be stable!” And that’s comedy to him…that’s not comedy, it’s just rhyming. The challenge is that you don’t want people to say that you’re nothing like Mr. Belding or Uncle Joey.

Pulse: What were you most surprised to learn about Perez Hilton, who plays Danny Tanner?
Seth Blum: I didn’t know much about him to begin with. I wasn’t huge in the blogging community, so even when they said he was going to be in it, I was like, “Who’s that again?” So I had to learn about him. He’s a father, a family man, a sweet guy. Whereas people expect this crazy, eccentric person, and I suppose he was back in the day, but he had a transition. He’s funny.

Pulse: How did your band choose the name Six Each?
Seth Blum: It was a joke with my friend. How many pizzas should we order? Six. Each. Twelve pizzas. Each. 24 pizzas. Each. Math. I’m stupid like that. We’re going to play more on Long Island soon. I’m excited.

Pulse: Speaking of numbers, tell us about your Math apps and why you decided to develop them.
Seth Blum: I used to look at the textbooks and think they were horrible and miserable. I understood them, but who wants to be doing problems one through twenty? Where are these problems coming from? The textbooks don’t make any sense. I knew that when I was 16. I think I was meant to change the Math curriculum. Textbooks aren’t going to be here in 10, 20 years. It’s all going to be tablet based. Math Trip is a journey. You choose four numbers and I take you from Algebra City to Calculus Island. I always knew it could be fun and different, depending on how it’s taught to you. I’m going to prove that.

Pulse: What do you see yourself doing in 10 years?
Seth Blum: I’d love to be on the Broadway stage, acting, singing and dancing. I did a film in a few years ago called I Hate Tom Petty, it was great, but theater is my love. But what I really want to be doing is traveling the world on a yacht, building schools. I had tried to open my own school in New York City called the High School for Math and Business. I love the stock market; I invested heavily in biotech stocks for the past 15 years. I want to be a part of something like curing cancer. I really want to be helping the world, whether I am focused on building schools, education, health, poverty or climate. Once Math Trip, my Math app, takes off, I can do anything. I want to buy Theatre 80. I’ll put on shows. I want to play Dan in Next to Normal. A Math person singing and playing guitar should show you that you can do whatever you want.