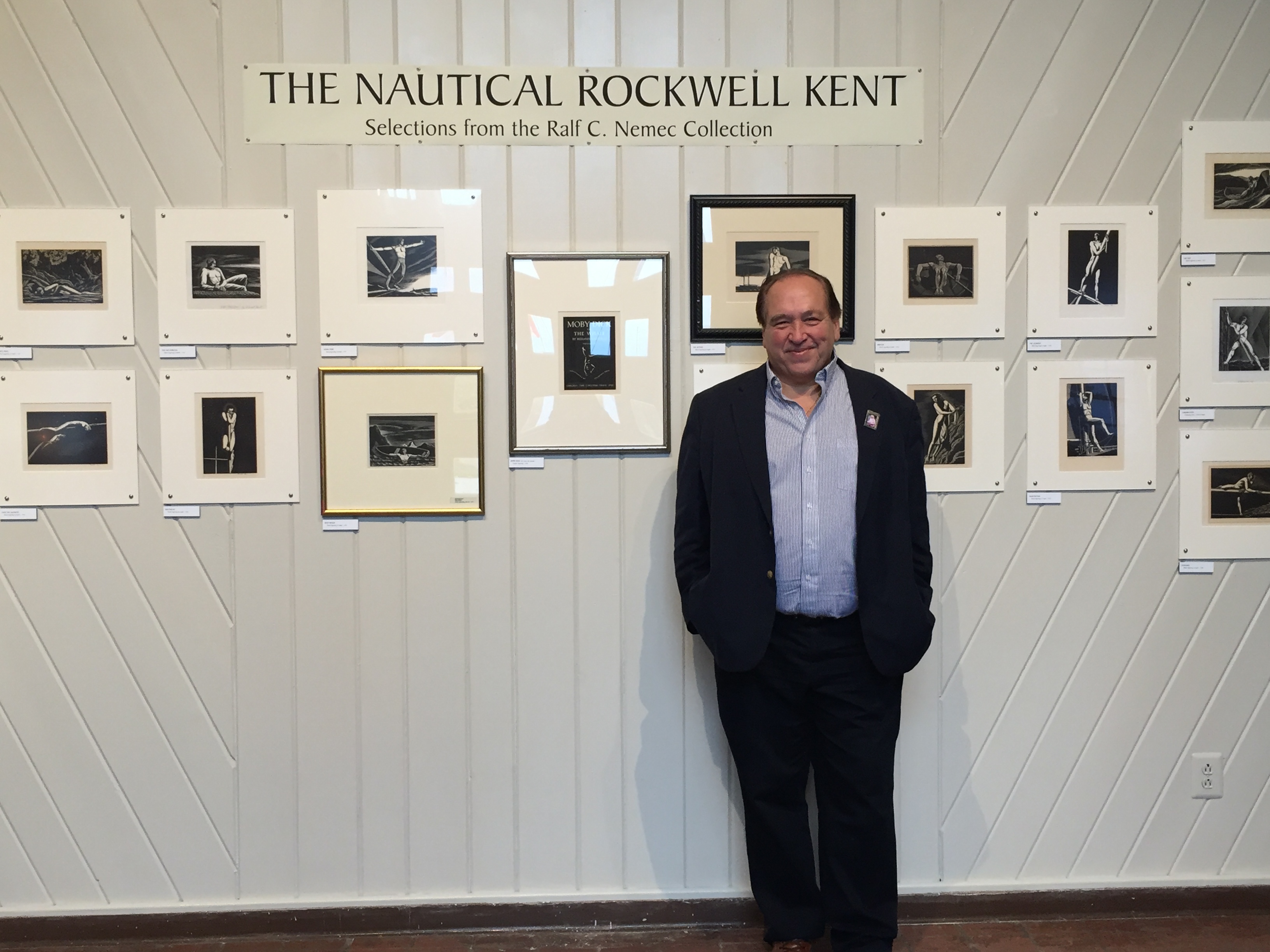 Ralf C. Nemec has the largest collection of Rockwell Kent’s work, which is on display at Long Island Maritime Museum

Rockwell Kent’s illustrations helped make Moby Dick come alive. He began painting under William Merritt Chase at Shinnecock Hills High School in the early part of the 20th century and his work is now being exhibited on Long Island for the first time in The Nautical Rockwell Kent Exhibit at Long Island Maritime Museum.

“I think because he’s a native son people should be able to see his work,” said Ralf C. Nemec, a lifelong Long Islander whose private collection was used for the exhibit. “A lot of great artists have come to New York and made their name in New York. Andy Warhol for one, but he was from Pennsylvania. Rockwell Kent was a New Yorker.” 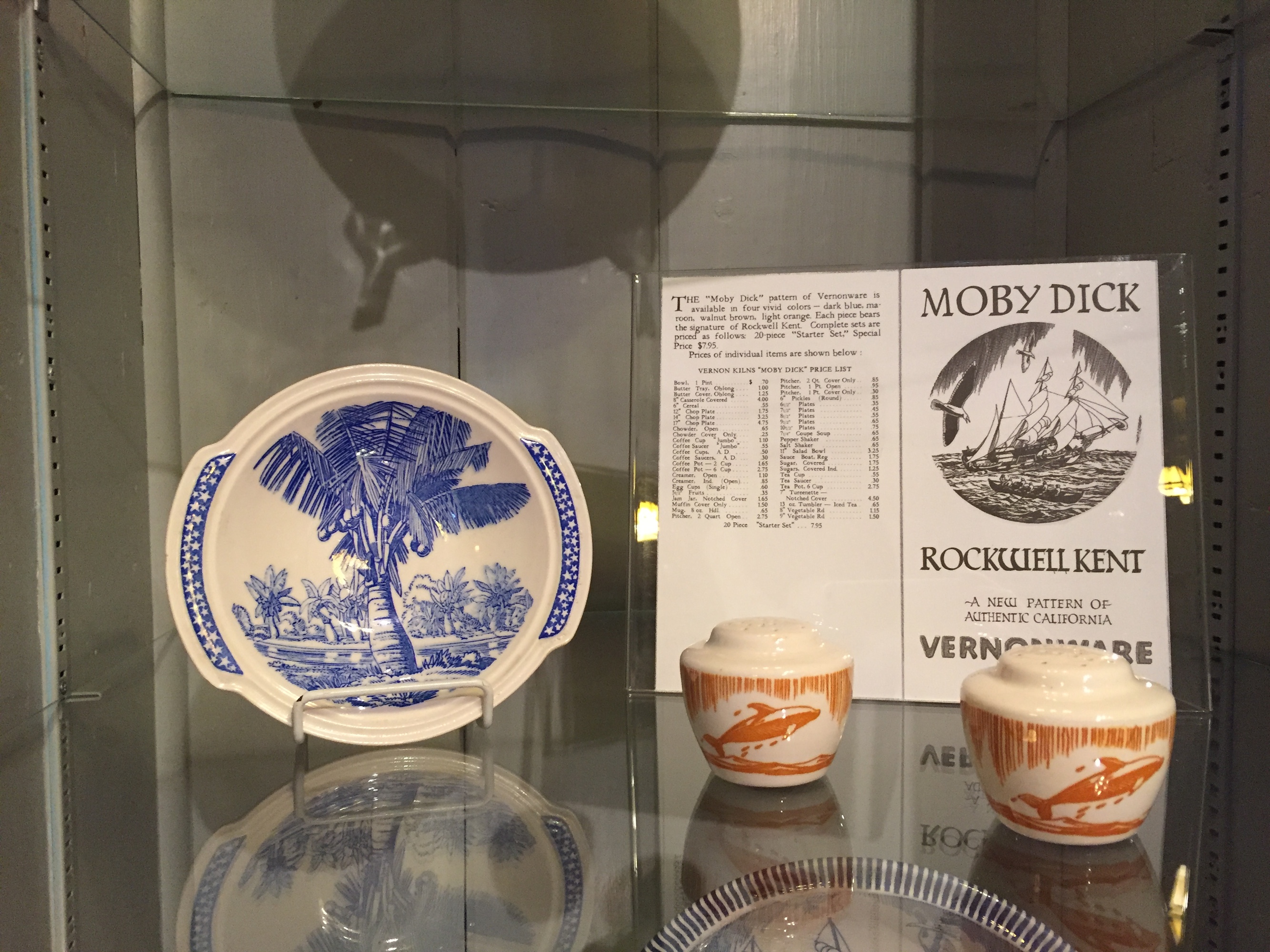 The Moby Dick dinnerware items are a popular part of the exhibit.

A New Yorker whose most famous work helped turn Moby Dick into a must-read nearly a century after it was published. When Lakeside Press of Chicago released a three-volume limited edition of the previously obscure 1851 Herman Melville novel with Kent’s chilling black-and-white depictions, it flew off the shelves. Random House’s trade edition, which also included his drawings, was a hit as well and today no one graduates high school without reading it.

“I think [the images] just capture the author’s vision, they say a picture is worth a thousand words. To describe Ahab and then to see Ahab as Rockwell Kent depicted him, you get it,” Nemec said.

Images from Moby Dick on china are displayed in a trophy case. There’s also a series of dinnerware called “Our America,” which features illustrations of iconic American spots like downtown Manhattan. His landscapes and seascapes continue to inspire a nation for their beauty and intricate details.

“Every one of those little waves, every one of those stars, those were tiny individual lines that were carved into a block of wood and you make one skip and you’re back to square one,” Nemec said of Kent’s prints. 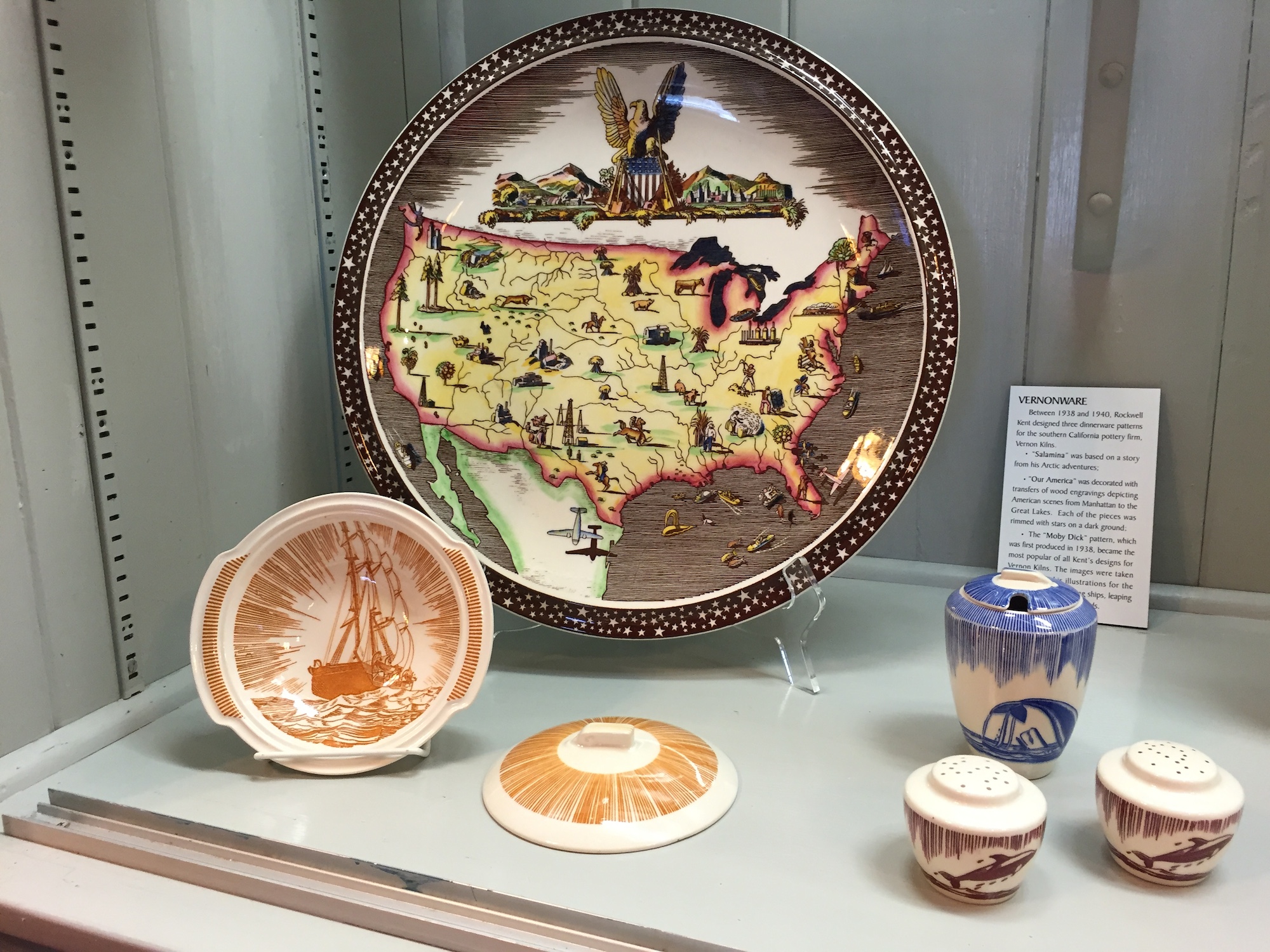 Perhaps no one has been drawn to Kent more than Nemec, who feels a strong connection to him because of his Long Island ties. Having the chance to show the art to others, especially those in his community, is an opportunity he relishes.

“It’s great. It’s an honor, a privilege, a delight,” he said. “A lot of people have things hanging on their wall, my wall decorations turned into a world-class collection and something people are interested in seeing. It’s quite humbling but it certainly makes my heart swell with joy that something that I did for myself pretty much is giving other people pleasure.”