Candles are so romantic.

Their light softens everything in the room, making shadows that add a little mystery while the flame’s twinkle hints of promises. Nothing sets a mood better than a candle with just the right scent–unless it’s a candle that you need to survive, as you’ll see in the new book Lights Out by Ted Koppel.

Flip a switch, there’s illumination. Turn a faucet, there’s water. Click, and you’ve done your banking. We’ve become so used to the instantaneousness of these things that we barely give thought to having them. Flip, turn, click, done.

And that, says Koppel, is a big problem.

What we don’t know or, more likely, don’t think much about is that our electrical grid and the nation’s internet infrastructure are both unsecure and extremely vulnerable to attacks by a nation, group, or individual willing to risk what he says is basically an “act of war.” We’re in this situation because profit has preference over preparedness, because we haven’t been thoroughly warned of the facts, and because some government officials don’t believe cyberattack is possible. 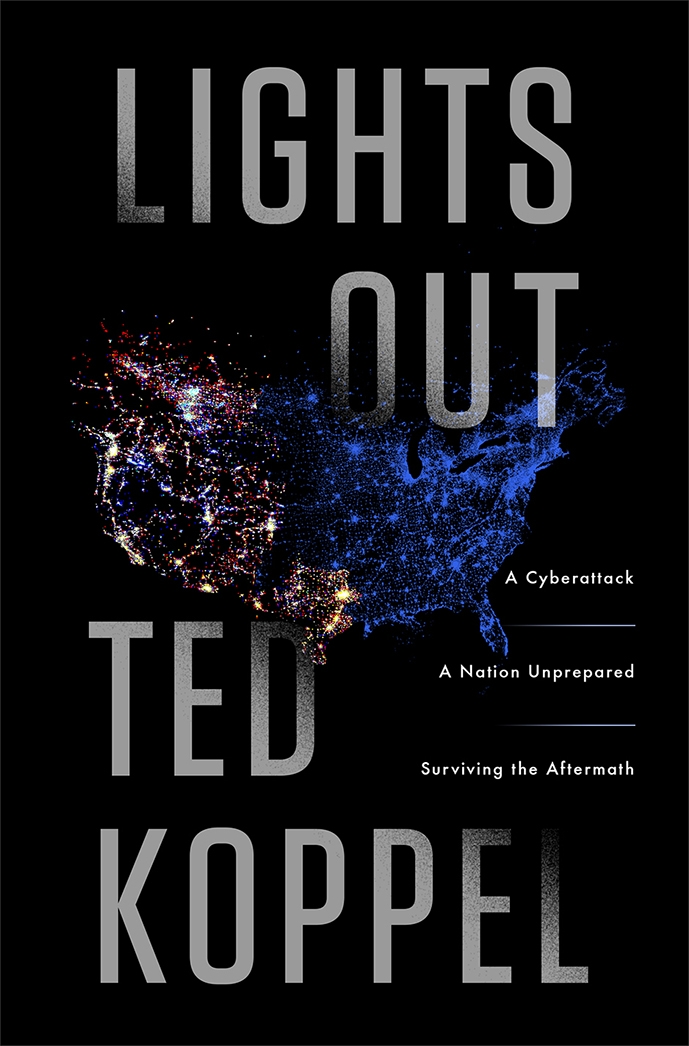 But it is, says Koppel; in fact, it’s already happened. He cites the Sony breach of a year ago, and a power loss in California in which a break-in occurred that affected a large portion of the state. The former example, he says, served as a warning of what hackers were capable of doing; the latter should be considered as the same.

It would be easy to think that the government, with its alphabet-soup of agencies, would step in, should half the country (including a major city) endure cyberattack, but Koppel says that may not be the case. Generally speaking, we are woefully underprepared, he discovered through interviews with current and former officials, and his findings note a lot of buck-passing. Government officials did learn from disasters like Hurricane Katrina and 9/11 – just not enough.

The solution–and if there is one, it may only be temporary–is surprisingly easy, as Koppel lays it out. Survival in a when-not-if scenario is possible, and it’s found by looking in Wyoming and Utah…

Oh, my. Next time there’s a power outage in my area, I might hyperventilate a little bit. The outage might be accidental, but I’ll have Lights Out on my mind.

Yes, it’s the stuff that post-Apocalyptic novels are made of, but this is obviously no fictional tale. Author Ted Koppel, in fact, says “This book reflects the assessment of those in the military and intelligence communities and the academic, industrial, and civic authorities who brought” him to his conclusions. Though they might sometimes seem overwrought or even a bit Chicken Little-ish, those conclusions are backed up with sobering facts, as well as pre-answers to naysayers.

My eyes were opened, my hair was raised, and I finished this make-you-think report wishing there could be classroom-like reading assignments for Congress and Senate. If you like lights, heat, and internet, I think you’ll like Lights Out too. For sure, no thriller can hold a candle to it.