Let’s face it, a man’s head can get cold and ball caps just aren’t smart (or warm) enough to match office-appropriate collared shirts and pants. But there are cozy, classic head-topping looks that can complement professional attire or business cas’ for men who are old enough to know the difference. 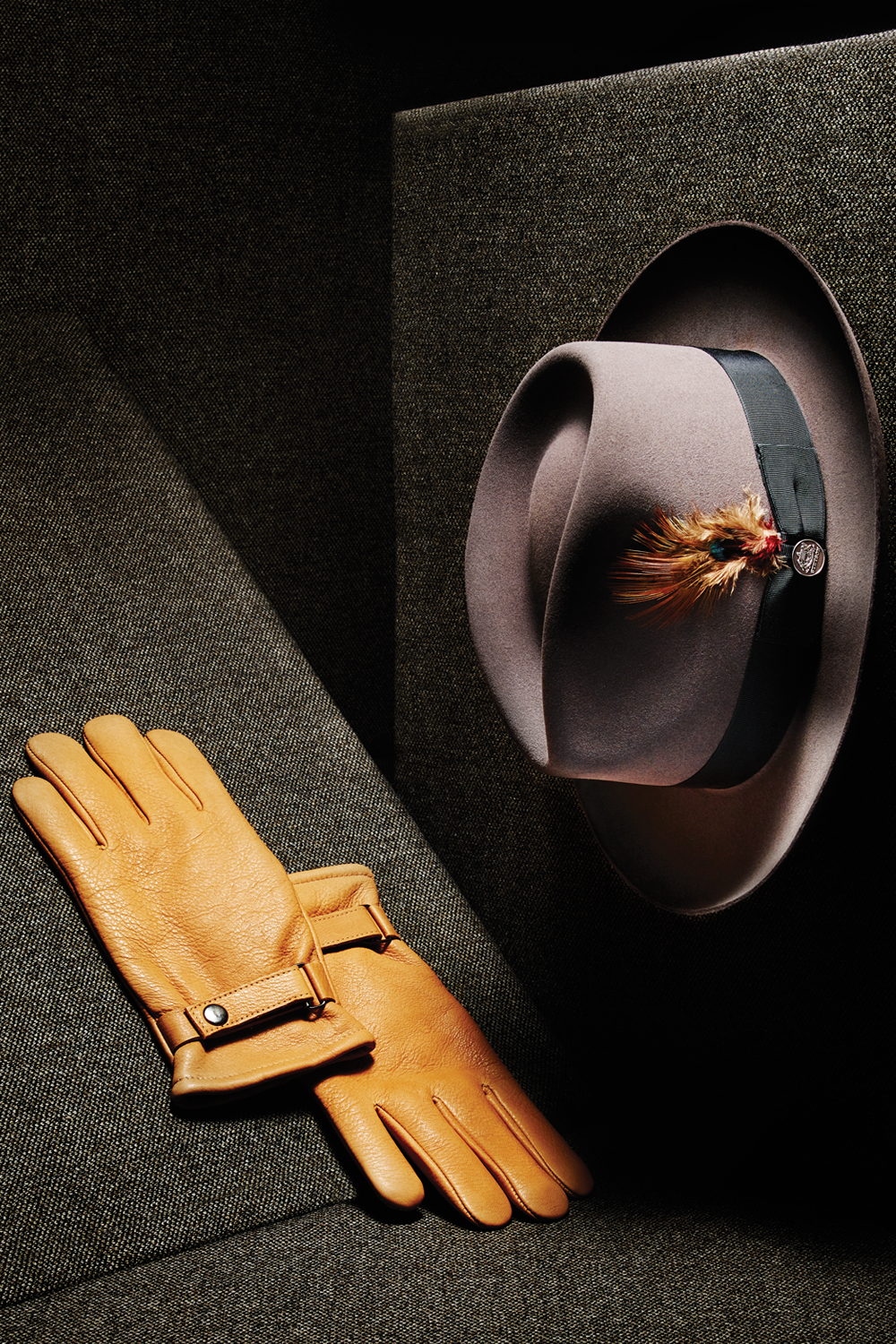 Stetson may be synonymous with hats built for horse wranglers, but they’ve excelled at durable yet elegant styles since John B. Stetson crafted his first Boss of the Plains topper in 1865. The Chatham, $190 at store.stetsonhat.com, is a serious fedora made from the supple, enduring material that’s been used since the beginning: fur felt. The simple black band keeps the look sharp and sophisticated, especially when paired with California-created hand warmers by Tough Gloves American Classics, $79. Made from American deerskin and lined with 40mm Thinsulate, they’re rugged and fashionable, ready for both rodeos and evenings at the opera. 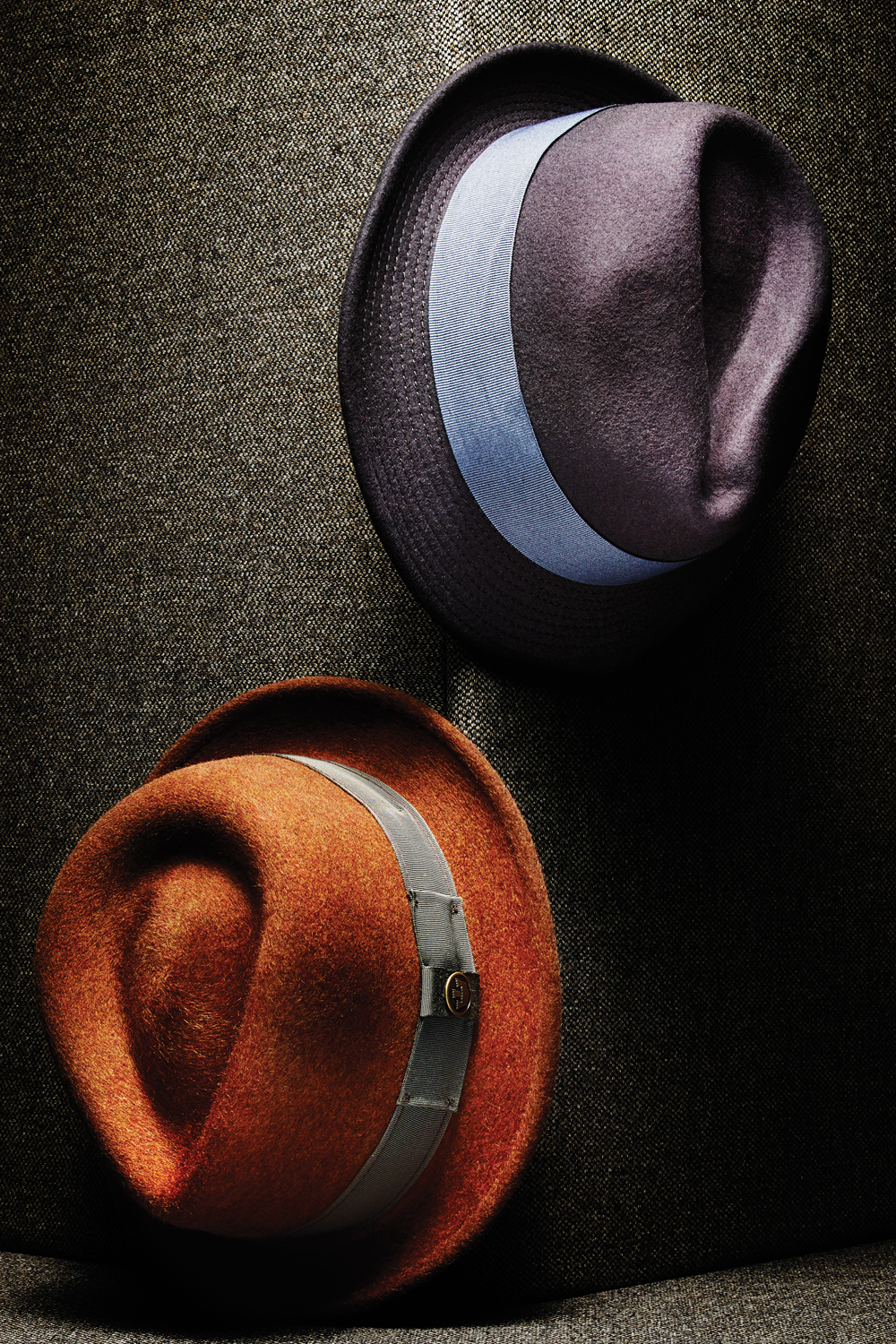 This dark gray-hued trilby sports a down-turned brim for style points, yet maintains sophisticated British charm. Made of 100% Italian wool, the hat will keep in the warmth. The Paul Smith-designed topper, $175, also features an inner band made of khaki for a secure yet comfortable fit that won’t chafe foreheads. paulsmith.co.uk

In 1921, the namesake siblings of Goorin Bros. inherited the original 1895 company from paterfamilias Cassel Goorin. 120 years later, the fourth generation of this family of milliners is still producing modern headwear with traditional tailoring and aesthetics. Their Mortimer trilby (think fedora, but with a shorter brim) is made of meticulously hand-brushed wool that’s like fur felt to the touch. The rust color is a natural match for fall attire. $140, store.goorin.com 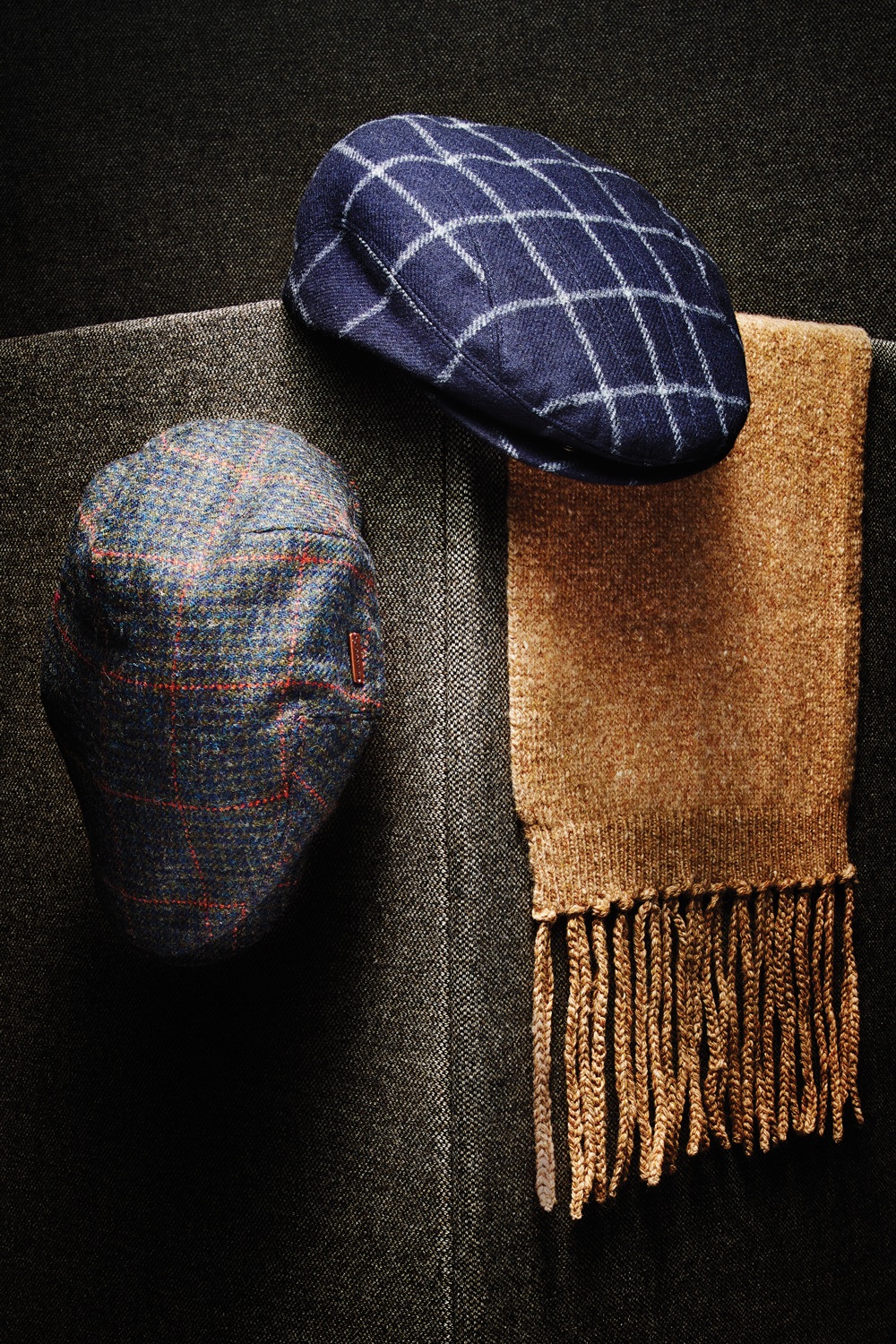 Known colloquially as a newsboy, driver, golfer, Irish or flat cap, these have been a staple headwear of the working-class for centuries. But the design has been seeing serious upward mobility. This gray and navy plaid herringbone number from Mr. Kim is labeled as a “newsboy” cap and named Jimmy, $175 at barneys.com.

Kangol has been the topper of choice for American celebrities since the dawn of hip-hop, but not many realize that a Polish veteran started the brand in post-WWI Britain. The British Peebles, $145, pays homage to the company’s heritage with traditional patterns and updated color schemes. Shown here in charcoal and orange Hebdon Check, one of its seven plaid arrays, the hat looks positively smashing. kangolstore.com

Complement either with the speckled knit fringe scarf from Maison Margiela, $595. It’s made from 100% camel hair which, given the price tag, is as soft and cozy as can be expected. barneys.com