“Have you ever been Santa before?” is not a question generally asked during an interview. Except maybe for a psych evaluation. Or of course, if that someone is actually interviewing to be Santa. Which is exactly what I was doing. The question came from Berk Wright, the Santa Central Lead (which I had a sneaking suspicion was code for “head elf”). The interview started normally enough. “How did you first hear about our company?”

The Noerr Programs Corporation is a national digital-event imaging and marketing company that happens to specialize in the hiring and employing of Santas. They’ve literally trademarked the phrase “Create Holiday Magic!” and even hold a Santa University for four days at their headquarters in Colorado to train new and returning Kris Kringles. Each year, Noerr deploys more than 300 professional Santas in almost 200 regional US shopping centers, including some of Long Island’s biggest, like the Smith Haven and Walt Whitman malls.

It was the director of marketing for the Walt Whitman Shops who gave me the contact information for The Santa Wrangler. (Actual name: Ruth Rosenquist.) I sent in a headshot with a short resume and after a brief phone call I received this email: “Because you have exhibited a strong desire to pursue your calling as Santa at Walt Whitman Shops, The Noerr Programs would like to set up a phone interview.”

“Are you willing to travel?” was Berk’s second question. 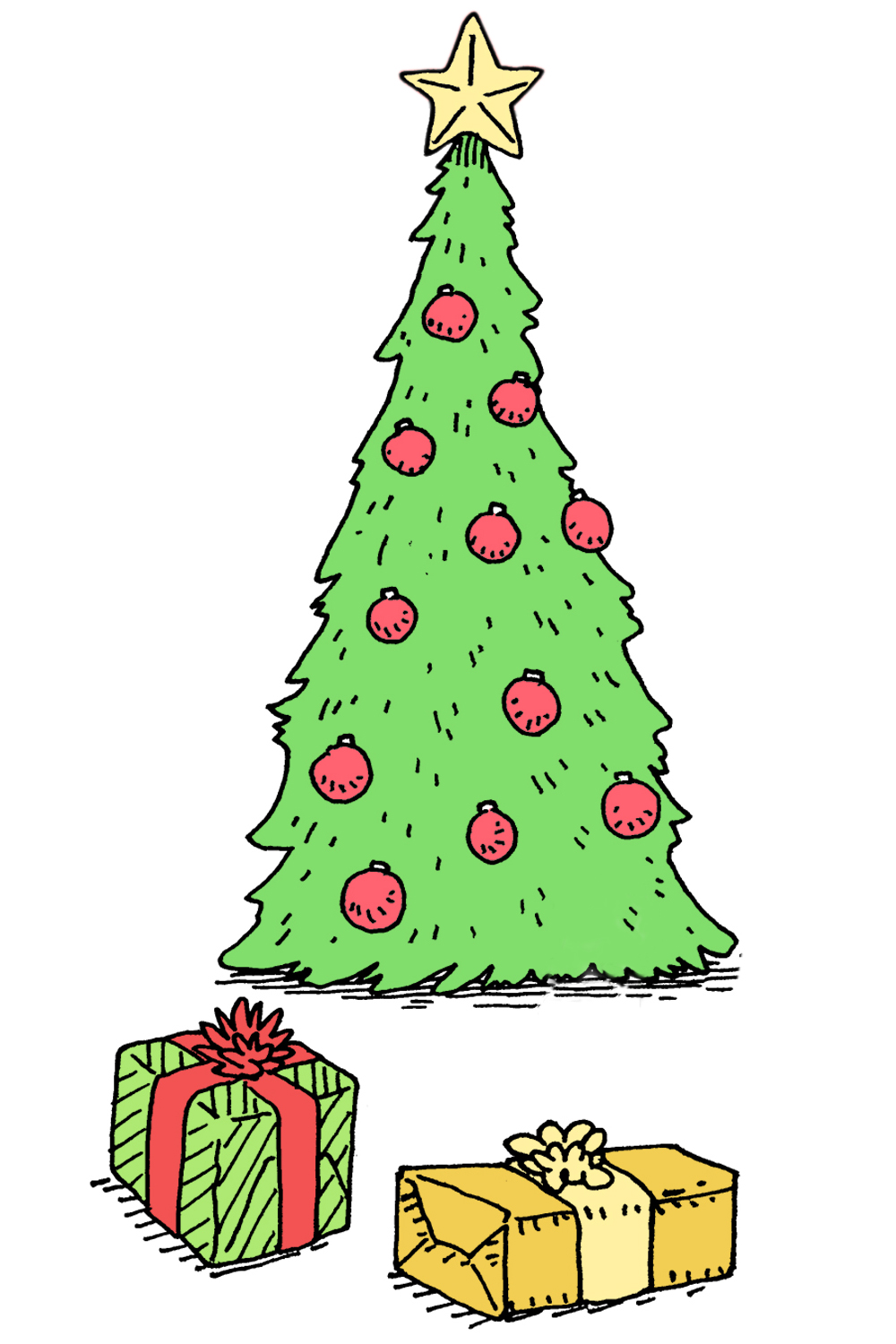 For anyone actively seeking to become Santa, the answer seems an obvious, “Yes.” The real Santa has to fly around the world in one night, right?

Surely anyone looking to don the red suit should be willing to do a little traveling.

I later found out that’s truer than I thought. “We have a Santa in Burlington Mall [Massachusetts] that’s been with us his whole career, over 20 years, and he’s actually from Colorado,” Berk informed me.

Berk asked about my prior Father Christmas-ing experience. This would not be my first Santa rodeo. There is a Dooley family tradition that when a man reaches the age of 18, he is taken to the garage, given a beer and passed the beard and red suit.

He then plays St. Nick for not only our family Christmas party, but for others as well.

Santa is also near and dear to my father, who happened to be our town’s parks and recreation director. His passion found outlet in the form of parades and special holiday events, for which I volunteered.

Yes, I’ve elf-ed, I’ve Frosty-ed, I have even done some Rudolphing, but I never was Santa for the big parade.

Though last year I did get to don the suit once more for my nephews. Berk and Ruth were both impressed and excited upon hearing this and immediately wanted to also set up an interview with my dad. At this point, I suspected that they might be actual elves.

The interview continued from there with the boilerplate Santa questions: Are you comfortable sitting long hours? What would you do to ensure that all children have a magical experience? Can you smile all day and be jolly? All questions aimed at informing Berk whether or not the interviewee understands what it means to be Santa: it truly is all about the children.

So the last question threw me a little: “Are you good with pets?”

“Yes,” again seemed like the natural response. The real Santa has to work with eight flying reindeer. I assume he asked in case Santa had to meet a child with a service animal. Elf Berk clarified. “We do pet night and you may see many types of animals: a spider, snake, dog, cat…we’ve had llamas, we’ve had kangaroos, we’ve even had a baby possum.” A kangaroo?

“Oh it was just a baby kangaroo,”

assured elf Berk. I guess if it came to blows, Santa would be fighting way below his weight class. 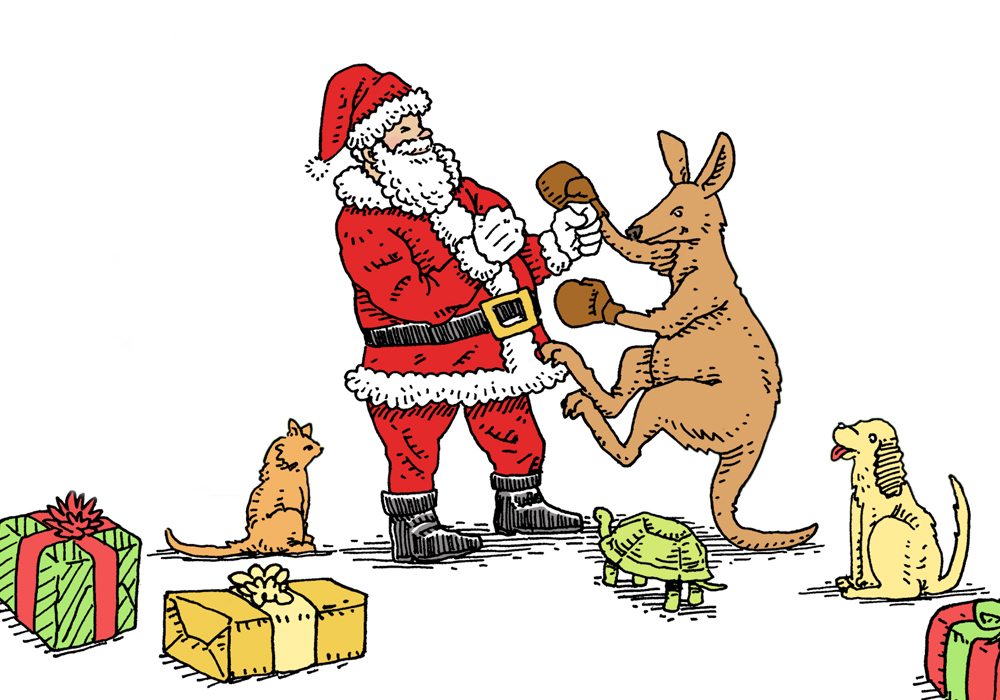 Just when I started to rethink this whole Father Christmas business, the interview was over and Berk the elf sounded enthusiastic. “Well Casey, it sounds like you’re a natural and I’d be very close to offering you a position…” There’s a “but” lingering. “We will keep your file on record just in case that beard fills in.”

That would take a Christmas miracle. It is the one non-negotiable: the iconic white beard. “The first place everybody always goes to is the natural beard,” elf Berk said about the search for Santas.But it turns out,

facial hair can only get someone so far.

After he recounted a particularly amusing beard-stalking story, the elf confided a sad truth. “It didn’t take long at all, probably less than a week of working, to realize that he did not have the Santa heart. And over the years, the beard might be the trigger to at least talk to them, but if they don’t have the Santa heart, they can’t do it.”

The heart of Santa—it’s an elusive thing to define and even rarer to possess. Some describe it as a twinkle in the eye, a kindness or simply a jolly demeanor. It’s rather ephemeral and much like Justice Stewart’s remark on what is or is not obscenity, “I know it when I see it,” seems to be the only honest test.

It was clear that I fell short of the full package. To understand where I may be lacking, I’d have to talk to the Man in Red myself. Because sometimes, even at Christmas, seeing is believing.

As I walked towards the holiday tree at the central court in Smith Haven Mall, I caught a glimpse of Ol’ Saint Nick. I was immediately struck with one thought:

The elf was right. That is one beautiful set of whiskers.

I met Santa’s helper, Vicki the elf, and was seated center stage in front of Father Christmas. “So, how did you get into Santa-ing?” I asked.

“Oh, well, it was one snowy evening up in the North Pole and the elves and I were already hard at work making toys and…” Elf Vicki gave Santa a gentle shoulder tap. “You can answer out of character, Santa. I think he wants to know the real story.”

Old St. Nick hesitated—after 10 years, it must be hard to break character. “Oh, well, I guess it all started with the beard. I have a naturally white beard.” (Yeah, rub it in.) “There were kids in my neighborhood who would just think that I was Santa. So some of the parents asked me to be Santa for their Christmas parties. It started with just a few neighbors but word got around and I was doing houses down the block. I guess it snowballed from there.” Eventually he was asked to visit the local elementary school. He chose to arrive in a fire truck. It didn’t take long ’til he caught the eye of someone from Noerrs.

The whole time we’re talking, I noticed that Santa had an uncharacteristically subdued voice—a personality trait he’s worked hard to master. “I try not to be too loud, I talk calmly and softly so it’s a close, comfortable conversation,” he said.

He also always keeps his hands showing. “Never tuck your hands behind your back or hidden in your lap. They’re always out in front and moving.” The idea being to keep the appearance of an active Santa, one ready to receive and return children. And also, as it turns out, many adults. “Adults are just as happy to see Santa as the kids are. A lot of times they just want someone to talk to.”

Most visits with the big guy are quick, joyful occasions: kids laugh or become awestruck; some cry, some are scared. But those moments can also be very profound. Like the 65-year-old woman who started crying because it was the first time she ever had the chance to sit on Santa’s lap. Or in this Santa’s case, a mysterious letter.

“It’s a good story, but it’s sad,” Santa sighed as he recounted how a strange man hastily handed him an envelope and vanished. It wasn’t a regular “Dear Santa.” It was heavy, well-sealed and carried a military address. The first lines read:

“I don’t know if you’re the real Santa or not. I don’t even know if he really exists. But I need you to.” The letter was from a father who lost his son in Iraq. All he wanted was to have Santa watch over his son, wherever he may be, and make sure he was happy.

Turns out it’s not all ho-ho-hoing and rosy cheeks.

“It can be emotional.”

I asked what else is tough for Santa. “Smiling all day,” he said, adding, “Greatest job I’ve had,” with no hint of irony.

After I thanked him for his time and got ready to leave, I asked elf Vicki how I could get back in touch with Santa if I needed to. “Oh, his real name is Frank,” she smiled. “And you can just call me. He doesn’t have a cellphone.” I shot her a look. “The real Santa wouldn’t have a cell phone, would he?”