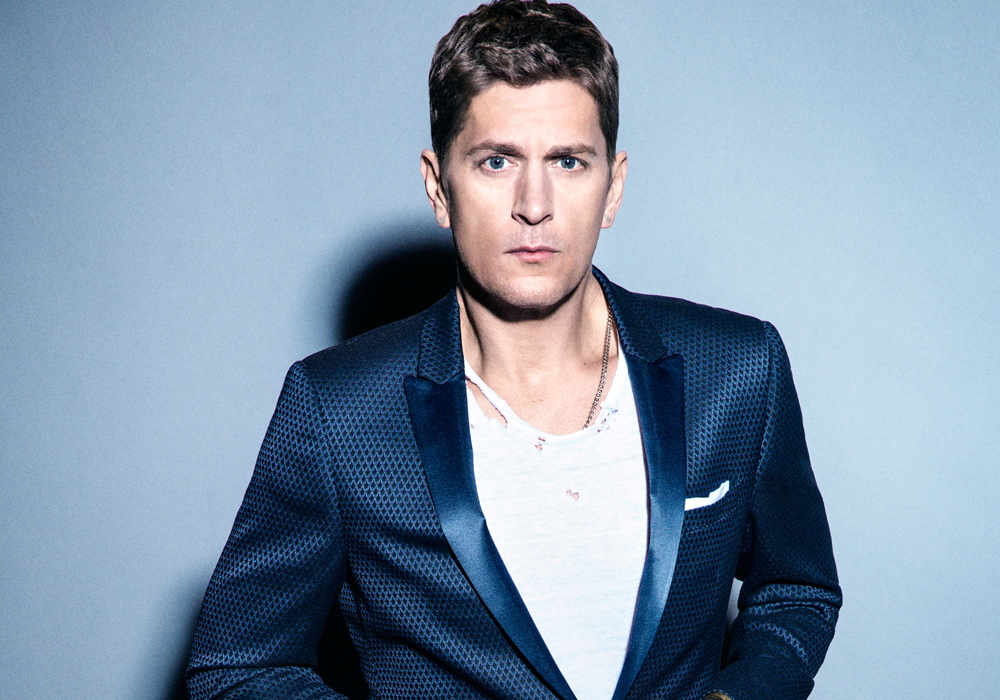 This smooth frontman will croon his way to the Huntington’s Paramount Theatre on Dec 8. image: ben watts

During the late 90s, few bands were as successful at melding rock and pop with the chart-glowing results Matchbox Twenty enjoyed. Racking up hit singles like “Push,” “3 AM,” “Bent,” “If You’re Gone” and “Unwell” the band came to define that era of popular music. Their singer, Rob Thomas, also carved out a successful solo career, returning this time with The Great Unknown, his third full-length album. Celebrated for his velvety croon and charming stage presence, Thomas is perhaps best known for his vocal work on Santana’s three-time Grammy hit “Smooth.” Recently, he spoke with Pulse during a rehearsal break on his current tour.

Long Island Pulse: How would you describe The Great Unknown?
Rob Thomas: It’s kind of a logical conclusion from the first solo record [2005’s …Something to Be]. It kind of sounds like the same guy that wrote “Lonely No More” is the guy that would have written this record. I get a chance to step out. When I do stuff with Matchbox, it’s decided by everybody voting what they like. It’s not up to me. When I do this, I can do certain songs that maybe wouldn’t fit into whatever it is that Matchbox does. I always think that Matchbox is the kind of band that would play with Tom Petty or the Stones, and my solo stuff is the kind of stuff I would play with Bruno Mars or Duran Duran.

Pulse: Favorite songs?
RT: I think the title track. And there’s a song at the end called “Pieces” that I feel pretty close to. It kind of changes on a
daily basis.

Pulse: Do you prefer writing on your own?
RT: I like them both. Writing on my own is something that I do because I have melodies that come into my head, so I sit down and write them out. I think when you write a song, there are two things…there’s inspiration and then there’s craft. And I don’t think you can teach someone inspiration, but you can teach them how to be a better songwriter if they write songs. I think learning the craft is something you really get when you work with other people—and seeing how they do what you do differently and the same. Kind of glomming off. And I’ve been really lucky to sit in a room with Willie Nelson and Mick Jagger…and even Ryan Tedder [of OneRepublic] to see what they do, and learn from that.

Pulse: Looking back at your career, which co-written song has been the most rewarding?
RT: It had to be “Smooth,” me and Itaal [Shur] wrote that. And that kind of brought me out of “faceless guy that is singing in a band” into “Rob Thomas the songwriter.” And it got me a really great, lifelong friendship with Carlos Santana.

Pulse: Did you know right away that it was a special song?
RT: No. My wife did. The minute I played it for her, she told me it was going to be a big song. I just wanted to work with Carlos. I didn’t think it was going to be a hit until I was living in SoHo and I was walking down the street on West Broadway, and I heard it in the distance. I turned around and there’s a convertible car full of hot girls blaring “Smooth.” And I was like, “Ah…I think we’re on to something!”

Pulse: Any plans for Matchbox Twenty?
RT: We’re trying to figure that out right now. We’re still very much a band and we’re still going to be playing. I just had dinner with Paul [Doucette] from Matchbox last weekend and he very nicely was saying he didn’t want to bet against the success of this record, so they don’t want to make too many concrete plans. Other than the fact that next year, we are going to observe something for our 20th anniversary, because it’s kind of a big milestone.