Last year, CUVs took the spotlight in our Clash of the Crossovers [December 2015]. The baby brother to bigger, broader sporty utility vehicles had its moment and is holding its place. The little-cars-that-could continue to be a hot segment of auto sales, appealing to buyers who need do-it-all transportation. But that doesn’t mean big brother is out of the game.

Instead of going for mass appeal, SUVs are getting nasty. Earlier this year we covered Land Rover’s latest, the Range Rover Sport SVR, which also happened to be the company’s most powerful car ever built. It is but one of a segment that is heating up.

We corralled the top entry from this year plus two to look forward to in 2016 (that are taking reservations now). They’ll be plowing El Niño snow banks and ripping quarter-miles with style come cold weather season.

The first ever SUV to grace the lineup of the legendary feline brand is a thing of beauty worth waiting for. And you will have to—though the reviews are in and the photos have been snapped, buyers will have to wait until next spring to purchase one of these lionesses. The people-hauler wears undeniably sporty lines evoking the brand’s racing heritage. It’s a brawnier looking F-type on lifts. The S model comes equipped with a powerful 380hp supercharged V6 engine. It’s clad in a custom body-kit with sports bumpers and satin chrome accents on the grille and side power vents. Red brake calipers show this is a Jaguar that means business. Starting at $56,700 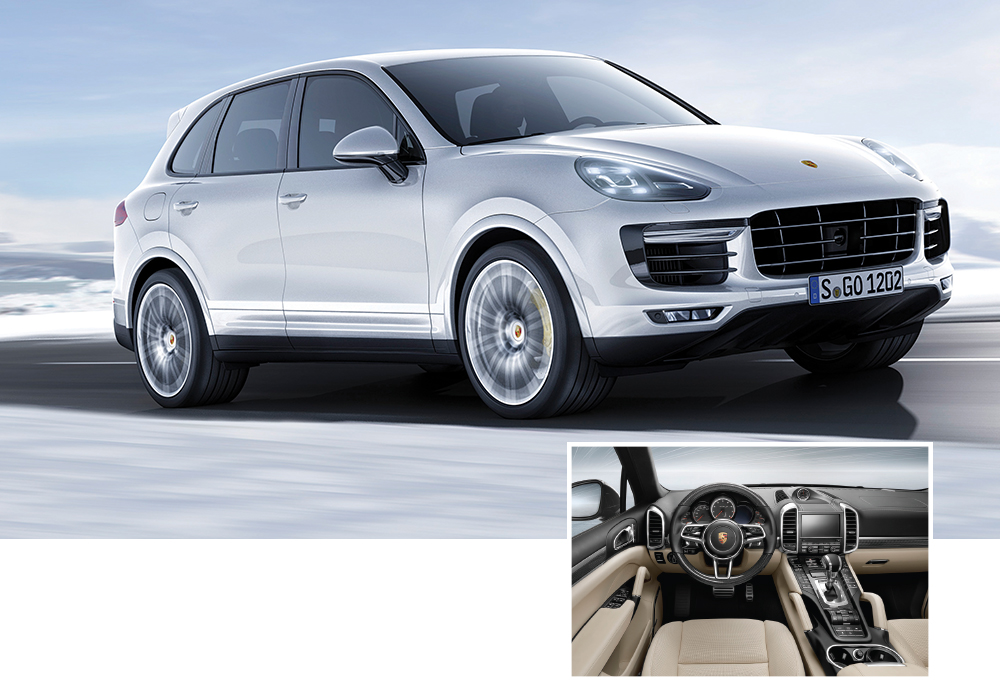 Porsche’s best-selling Cayenne helped save the flagging company from financial ruin in the early 2000s. This year, the latest Turbo S version is aiding its rep as a one of the fastest SUVs around. What’s new? A bump in horsepower for starters. The workhorse utility vehicle received an extra 20 ponies, jumping it from an already absurd 550hp to 570hp. It clocks in at a blistering 3.8 seconds from 0 to 60—that’s fast for a sports car, for an SUV it’s obscene. And rail-to-rail handling is on point, without any of the body roll typical of top-heavy SUVs.

When the Turbo S was first introduced in the late 2000s, I wasn’t much sold on its “sporty” look. Yes it had a spoiler and dual exhaust, but they seemed like afterthoughts tacked onto a regular (albeit well-performing) boxy SUV. It’s evolved since then into a streamlined and sexy beast. The new larger front fascia with expanded air intake evokes the car’s powerful and athletic nature. And those dual split exhausts sound just this side of heaven. Starting at $157,300 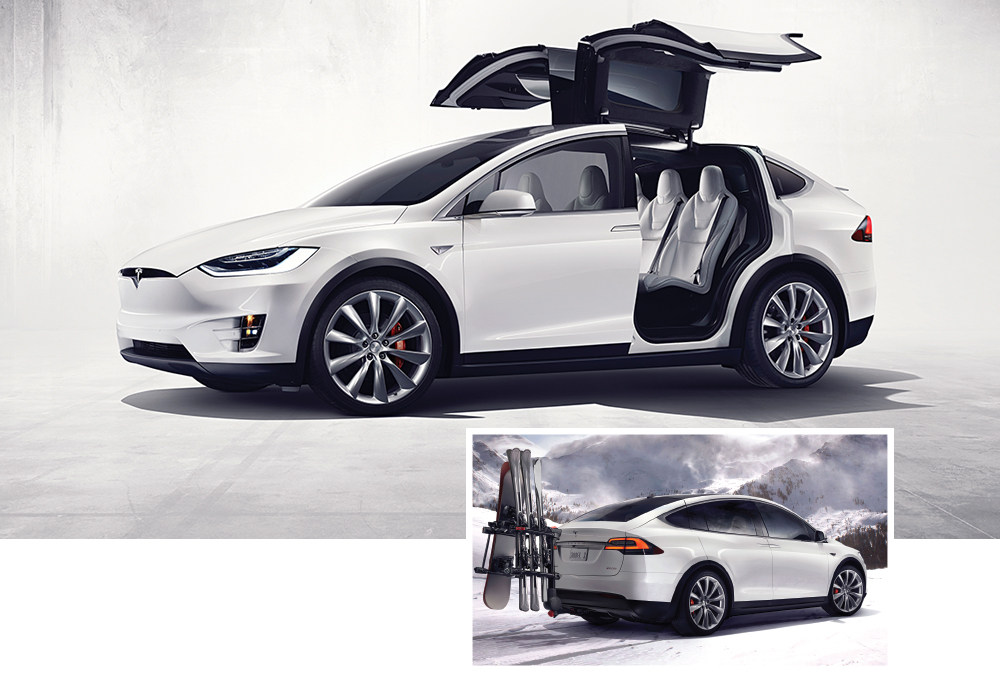 Tesla has reinvented the SUV. First off, they added vertical lift doors. Forget the fact that “falcon wings” look suave as hell, they also solve a problem long plaguing utility vehicles: mainly that their size and multiple seats make them hard to access. A person could jump through this one. And it is so sleek and aerodynamically efficient that it bests the next closest car on the market by 20% drag co-efficiency. Its sweet curves are a study in form following function. Standard on the P90D, the all-wheel, 250-mile range electric engine will rocket the car to 60mph in 3.8 seconds (the same as the Porsche Turbo S). With the Ludicrous Speed package? An otherworldly 3.2 seconds. Starting at $130,000 (est.)