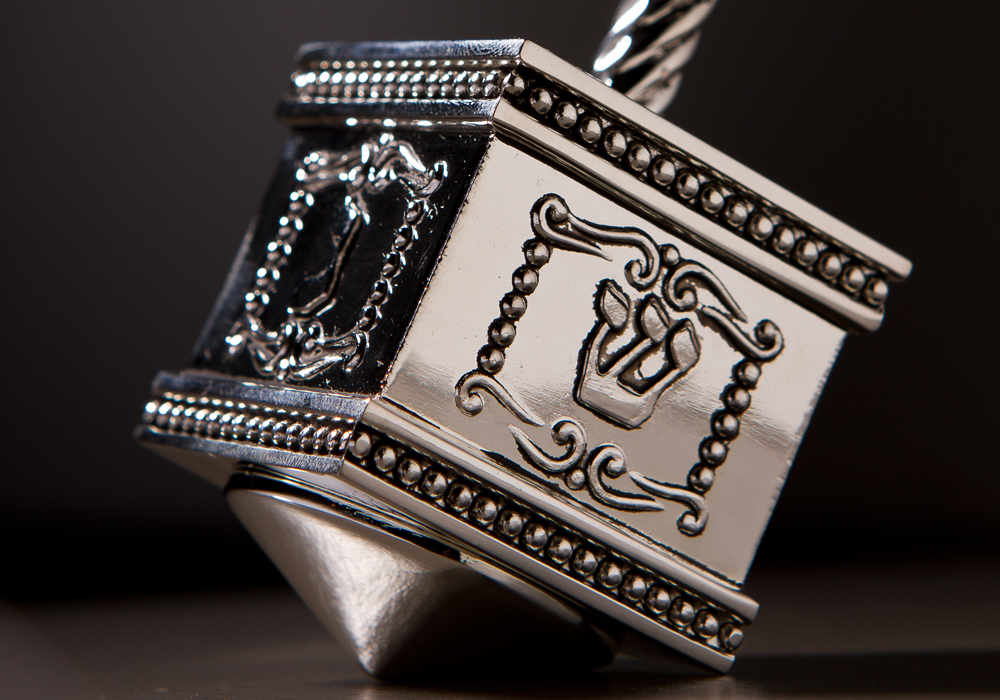 Translated to “to turn around” in Yiddish, the dreidel is a stylized spinning top customarily played with during the Jewish holiday of Hanukkah. Dreidels are embellished with the Hebrew letters nun, gimmel, hey and shin, an acronym for the phrase “Nes gadol hayah sham.” It means “a great miracle happened there,” referring to the miracle of slow-burning oil that occurred in Israel on Hanukkah. Other theories abound. The letters might symbolize the kingdoms that attempted to bring down the Holy Land in Jewish history: Nebuchadnezzar (Babylon), Haman (Persia), Gog (Greece) and Seir (Rome). They could also denote a gematria, scriptural interpretations based on every Hebrew letter having a numerical value. The letters on the dreidel equal 358, representing the Messiah. During the 2nd century BCE, King Antiochus’ Grecian armies banned any study of the Torah in the Holy Land forcing Jews to study in secret. When troops patrolled the city, illegally worshipping faithful subverted suspicion by engaging in a game of spin the dreidel.