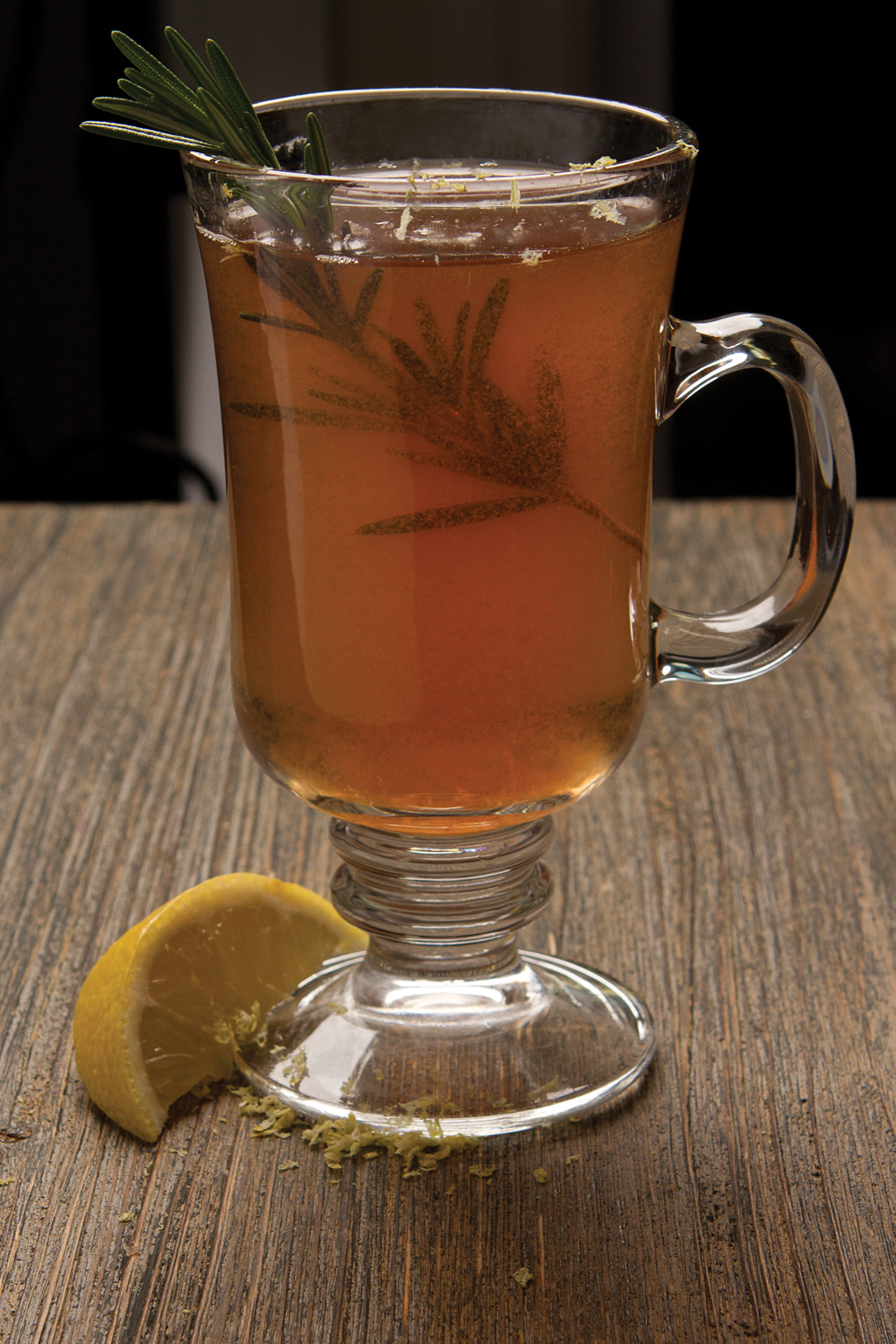 The hot toddy is the quintessential cold-weather warmer. Its origins pre-date the very notion of a cocktail—it dates back centuries. Thus recipes vary, but it has been successfully field-tested. The basic form is simple: alcohol, sweetener, hot water and lemon. Occasionally a spice is added (nutmeg or clove). The drink came to prominence in Scotland via India by way of the East India Trading Company. (“Toddy” was a term for the sap of an Indian coconut tree distilled into liquor called arrack.)

But coming of age as it did in Scotland, whiskey became the traditional liquor of choice for the mix. As with all pre-18th century liquids that contained alcohol, this one was considered a curative for the common cold, adding to its appeal as a winter sipper. And as with all things British, tea was eventually added. This version comes courtesy of Anfora in Manhattan.

Combine Scotch, syrup and cranberry juice in a mug and stir. Pour in hot water and garnish with the rosemary sprig and lemon zest.