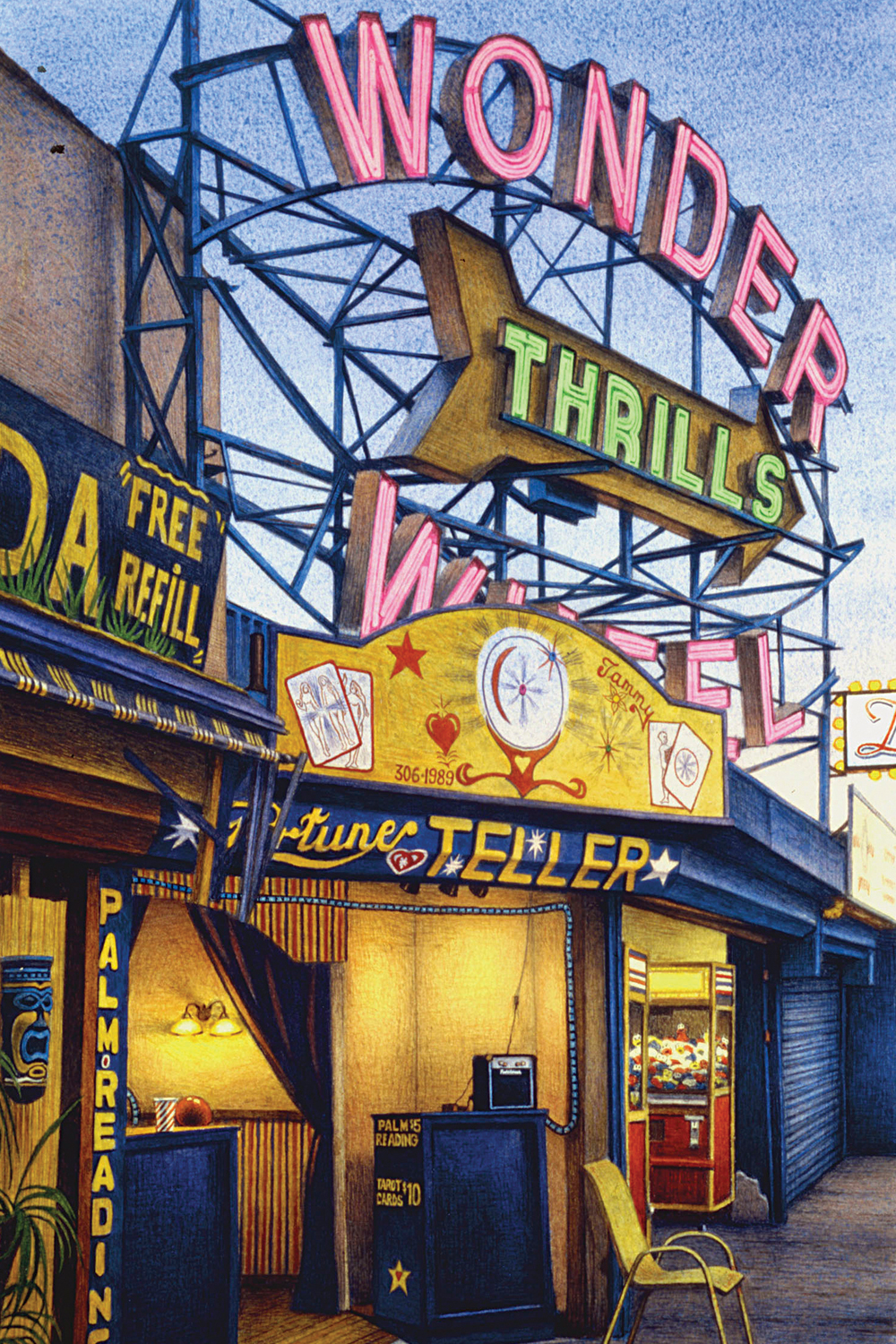 Since the 1800s, Coney Island has captivated the masses as a beachside vacation spot. Known for its carnival-themed amusement parks that attracted millions of visitors each year, the area reached its peak of popularity in the first half of the 20th century. After WWII, the community was neglected and decades of urban blight ensued.

In recent years, with the return of minor league baseball’s Brooklyn Cyclones and the opening of their new “vintage” ballpark, the location has seen a major economic resurgence. The Brooklyn Museum will celebrate this legendary site in its various states when Coney Island: Visions of an American Dreamland, 1861-2008 opens in late November. The exhibition features 140 paintings, drawings, photographs, prints, posters and artifacts that tell the story of one of America’s great neighborhoods.

“The modern American mass-culture industry was born at Coney Island, and the constant novelty of the resort made it a seductively liberating subject for artists,” said Dr. Robin Jaffee Frank, exhibition curator. “What these artists saw from 1861 to 2008 at Coney Island, and the varied ways in which they chose to portray it, mirrored the aspirations and disappointments of the era and the country. Taken together, these tableaux of wonder and menace, hope and despair, dreams and nightmares become metaphors for the collective soul of a nation.” 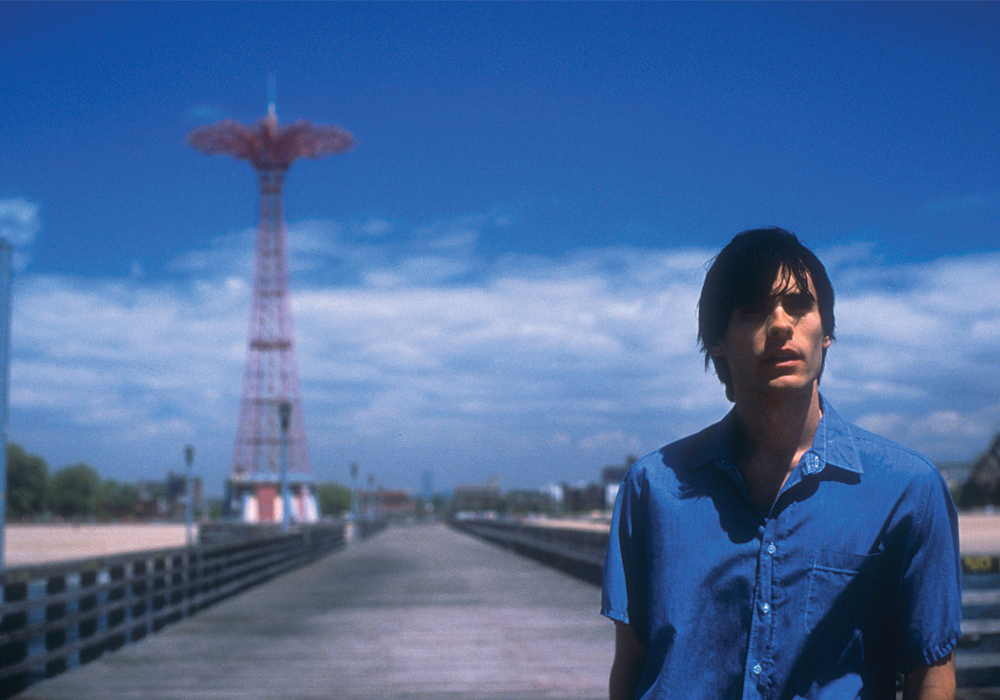 Coney Island has historically been crowded and eccentric, and perhaps no American artist portrays this swarm of weirdness better than Red Grooms. “Weegee,” 1940 (acrylic on paper, 1998-99) is his “class photo” of the Coney Island masses. By manipulating depth perception, he packs thousands of beachgoers into a giant portrait, situating them along the beach and boardwalk. The piece seems to define the communal chaos of the town at its core.

Around the turn of the 20th century, Barnum and Bailey’s depicted Coney Island as “The Greatest Show on Earth.” In an original 1898 advertising poster, cops, clowns, sailors, swimmers, boxers and bathing beauties all collide in a bursting collage of fun and freedom. The impressionistic details of the figures, the vintage carnival fonts and the vibrant colors create a playful mosaic. Taken in the context of the time period, it’s everything Coney Island represented: sand and sun, carnie craziness, spontaneous escapism and a unique brand of American hope. 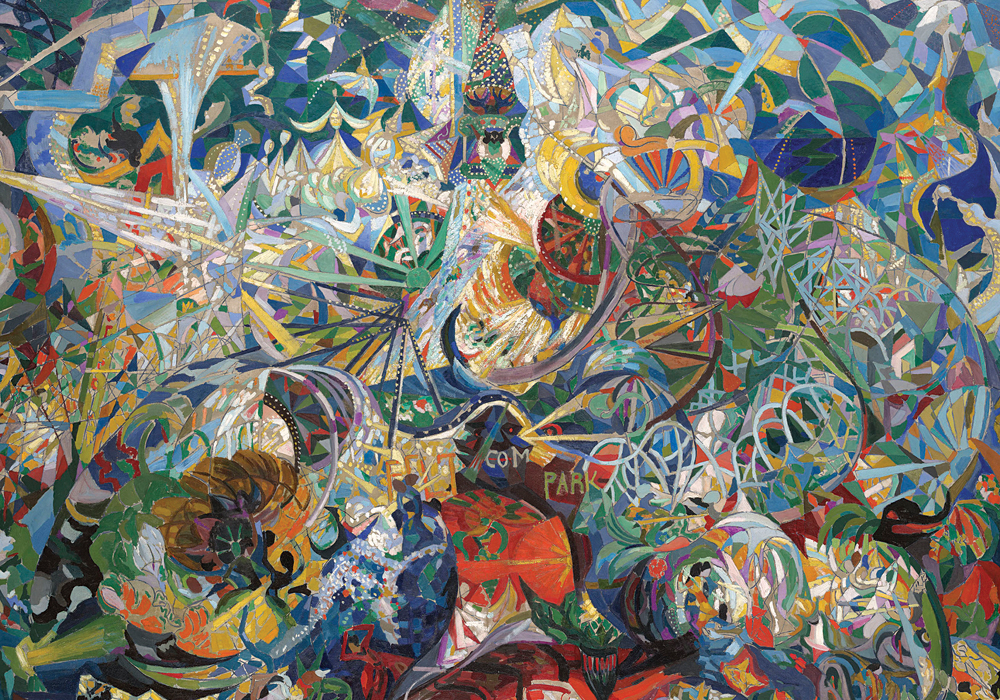 Joseph Stella’s “Battle of Lights, Coney Island, Mardi Gras” (1913-14) was the initial spark of inspiration behind the traveling show. It is an abstraction that incorporates a circus motif with wild, rich color. There’s a discordance of lights, a luminescent Ferris wheel and a rollercoaster and some twirling dancers. As translucent sky blues swirl feverishly with thick reds and yellows, the canvas explodes like the fireworks over the boardwalk. It articulates the timeless, magical feeling when the beer is ice cold, the hot dogs are crunchy and a briny breeze is coming off the ocean. 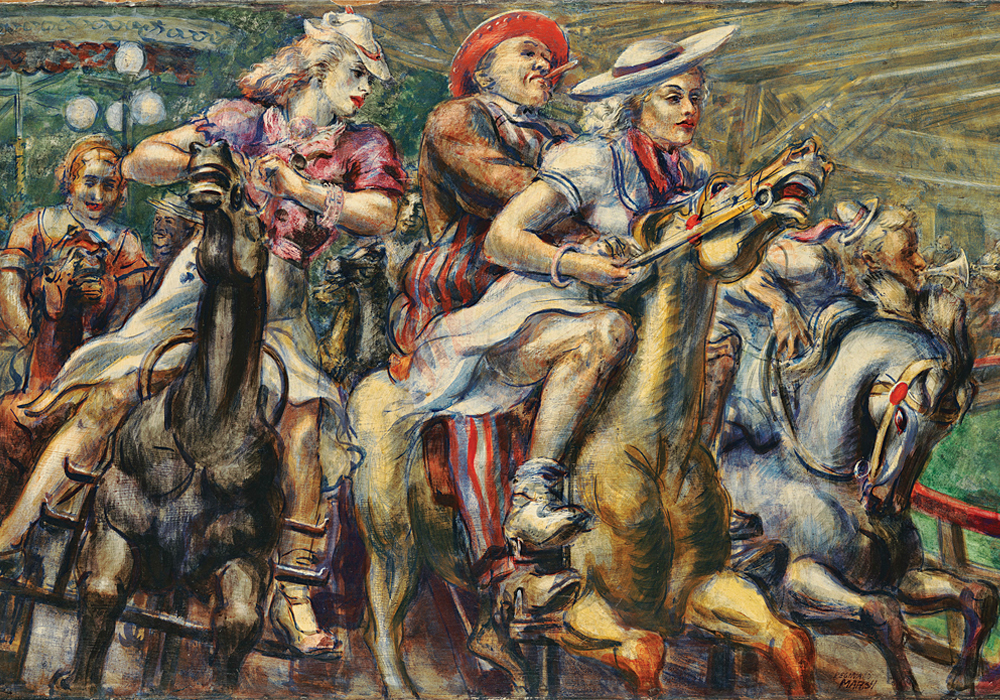 “Coney Island is not only a strip of sand in Brooklyn, but also a singular place in the American imagination,” said Dr. Frank. “The paintings, banners, posters, photographs, architectural artifacts, carousel animals and film clips in the exhibition speak to who we were as a society, who we are and who we want to be.”

Stepping outside the fray of the big top with this sense of introspection in mind, some works convey a more intimate, contemplative side of the Coney Island experience, something that surfaces when the massive tides of visitors and freaks depart. The still shot from Darren Aronofsky’s film Requiem for a Dream (2000) exemplifies this more isolated perspective. In the foreground, a young Jared Leto stares blankly off camera. Behind him, the barren boardwalk goes on forever and the Parachute Jump stands tall and haunting in the distance. Juxtaposed against this solitude, the bright blues and dead gray browns are saturated, even psychedelic.

Coney Island: Visions of an American Dreamland, 1861-2008 is on view at the Brooklyn Museum Nov 20 – March 13. Learn more at brooklynmuseum.org.