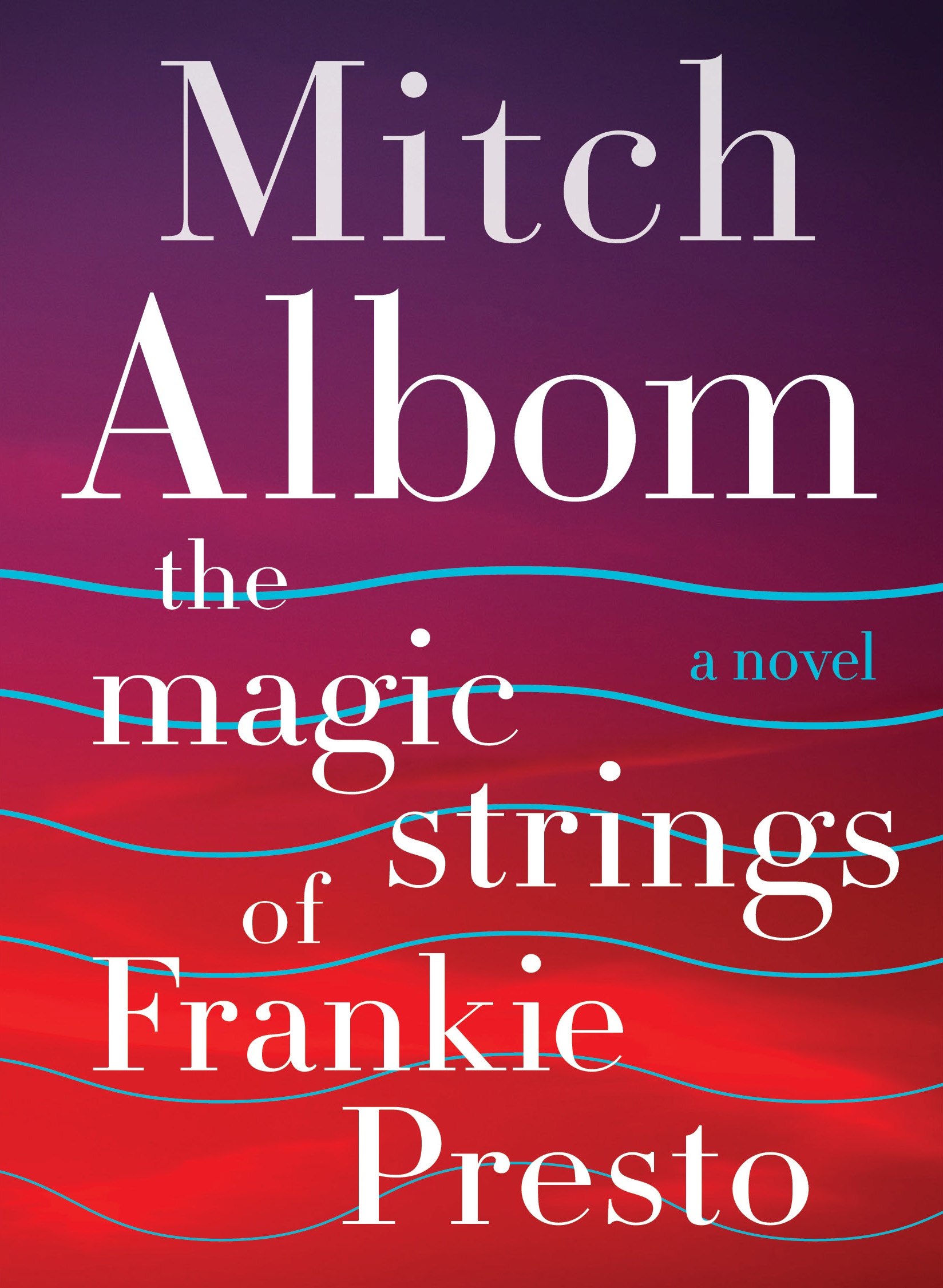 The first song you ever heard was that of your mother’s heartbeat.

It sustained you for nine months, until you were born and could hear lullabies and music boxes. Later, you progressed to cartoon theme songs, pop tunes, romantic ballads, party music, and golden oldies. If, in fact, your life had a playlist, it would be long and varied, and in the new book The Magic Strings of Frankie Presto by Mitch Albom, it would be what sustains you.

As the mourners file in, each person expresses some surprise that Frankie Presto is dead. Most of them lost track of him years ago, after his rock & roll career, after his last album release. Some had known him as a teacher, but he was mostly an enigma.

Frankie had worked with Elvis, they claimed, and had stood in for The King once when Elvis was in the Army. Others whispered that Frankie was a serial womanizer. It was said that he tried out for KISS, that he’d started Lyle Lovett’s career, that he’d played with many famous bands. Some of the rumors were just that: rumors. Other stories were tinged with truth.

But Music? Music knew what really happened. Music stayed with Frankie from his first breath on the floor of an ancient monastery in Spain, to his death on a stage. Music was there while Frankie took his guitar lessons in war-torn Villareal. It was with him when his Papa was taken away, when Frankie’s teacher sent the boy to London, and when Frankie made his way to America to find an aunt who said they were not related. Music knew what was in Frankie’s soul: his obsession with acoustic guitar, his longing for his father, and his love for a girl he met climbing trees in a graveyard.

And Music knew the legacy that Frankie’s father had bequeathed him: six guitar strings that sometimes glowed. Were they lifesaving strings? Frankie never knew, but as the strings broke one after another at important times in his life, he only hoped he’d have one left when he really, really needed it…

Music as a sentient being? As a narrator? Admittedly, that’s rather odd but it works in The Magic Strings of Frankie Presto.

But “magic” isn’t merely part of the title here. Author Mitch Albom spins a fantastical Forrest-Gump-ish story with a dash of frustration from his main character, who always seems to be searching for something unidentifiable. That distinct longing almost becomes a character in itself which, added to the somewhat offhand hints that Music offers, creates a melancholy feel to this book that’s surprisingly addictive. As the tale is pushed forward by fictional interviews with those at Frankie’s funeral, it’s easy to get swept into the story along with them.

Talent-as-narrator might take some getting used to but, within a few pages, you’ll be as delighted with this sparkling book as I was. Start it, stick with it, and you’ll find The Magic Strings of Frankie Presto to be a book of note.