I feel your eyes upon me
How should I act today?
To feel so unsure always
Give up or now keep on this way
From “Repulsion” by Dinosaur Jr. 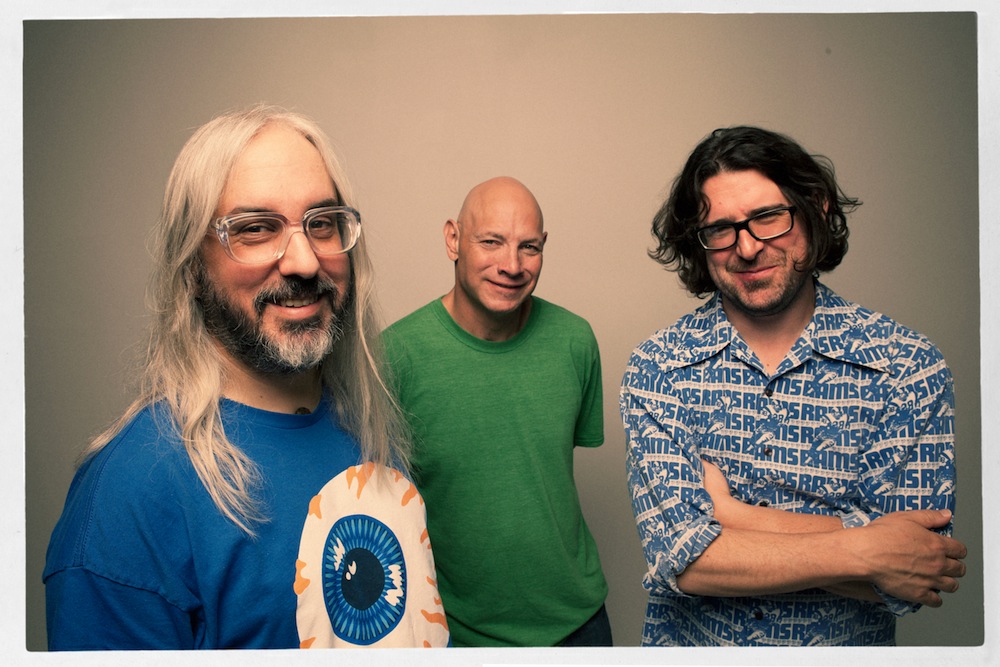 Get ready for the Marshall amps! Seminal 80s indie band Dinosaur Jr. is playing seven shows at NYC’s Bowery Ballroom in honor of its 30th anniversary. To celebrate the occasion the trio—lead vocalist/guitarist J Mascis, bassist Lou Barlow and drummer Murph—will perform debut album, Dinosaur, in its entirety each night from December 3rd to the 9th. The group that influenced everyone from the Pixies and Nirvana to Henry Rollins, Radiohead and shoegaze bands, will then perform a set of songs spanning the rest of their catalog accompanied by some “special guests.”

Hailing from western Massachusetts, the trio was influenced by the music of Husker Du, Birthday Party, Dream Syndicate, Neil Young and Black Flag. And the godfathers of indie rock were part of the 80s post-punk scene that paved the way for the success of 90s grunge/alt-rock groups like Nirvana. J Mascis’ nonchalant vocal twang accompanied by guitar solos, aggressive bass playing and drumming attracted the skater community, among others.

Both Mascis and Barlow have recently released solo records, but the trio hasn’t released a record since 2012’s I Bet on Sky. According to Barlow, fans can expect a new Dinosaur Jr. album some time next year. Barlow discussed Dino’s beginnings, the debut record, the band’s 30th anniversary and the celebratory shows.

Long Island Pulse: What’s one of your favorite songs off of the Dinosaur album to perform live?
Lou Barlow: The original recording of ‘Forget the Swan’ is one of my first attempts at singing in a studio and it’s not an easy listen for me. The song itself is fantastic so I have a real sense of finally doing it right whenever we play it live.

Pulse: Tell us something we might not know about that debut record…
LB: People seem to think I wrote the songs I sang but J wrote the whole record—even the bass lines I play! I had just graduated high school and worked at a supermarket, J was in his freshman year at the University of Massachusetts and Murph was delivering pizzas.

Pulse: Why did you name the band Dinosaur?
LB: J called it Dinosaur, why? Why not. It’s a great name… It seemed to reference his taste for vintage gear, the flourishes of classic rock he mixed in with our then current influences (Black Flag, Minutemen, Sonic Youth, Dream Syndicate, Husker Du). And classic rock bands were derisively referred to as dinosaurs back then.

Pulse: Dino’s 30th anniversary means a lot to your fans, but what does it mean to you and the band? What kinds of memories come up when you perform that debut record?
LB: It reminds me most of how playful and ambitious J’s initial vision of the band was. The two records that followed were heavier and more cohesive but emotionally fraught. I’m relieved that 90 percent of the songs are still very familiar to us and it’s nice to play the songs with more confidence than we had when we recorded it, for Murph and I especially. 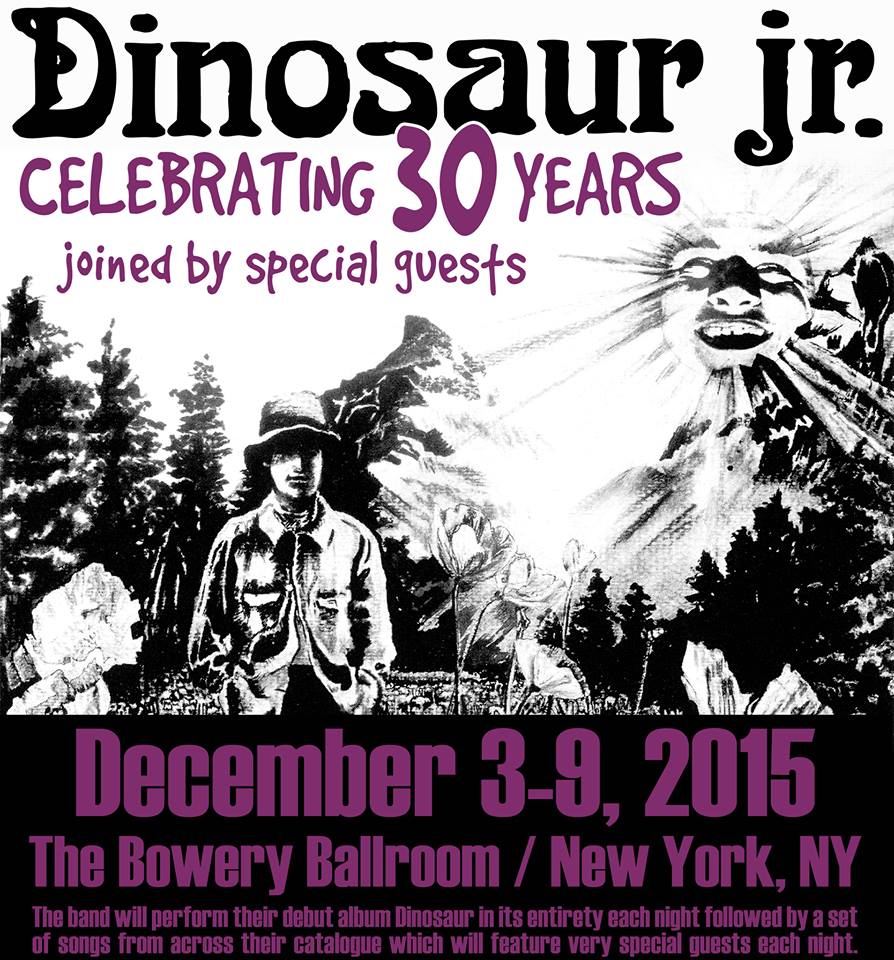 Pulse: Why did you choose New York’s Bowery Ballroom for the 30th anniversary shows (versus a venue in Massachusetts)? Are you surprised by the demand for more shows?
LB: New York is the place to play for us. We were never celebrated locally (Western Massachusetts) and Boston couldn’t really support us for seven nights in a row. NYC was the first place we built a meaningful following. We regularly drove our parents’ station wagons, heavy with gear, down to CBGBs back in the day. There is no better place for us to do this. And, yes, we were surprised by the demand but then again, NYC never lets us down…

Pulse: What special guests may show up during your seven-day celebration at the Bowery Ballroom? (Anyone from Sonic Youth, for example?)
LB: Sonic Youth is a good guess. I’m not at liberty to divulge anyone. But, in general, it’s the usual suspects, peers, a few proto indie rockers that influenced us—and some comedians.

Pulse: How do you think the band’s sound has evolved from the debut record?
LB: In many ways it’s much simpler. Is that evolution? J’s tone evolved into a carefully curated crunch. I think we found our sound a year or so after the first record and what we do now is even simpler than that.