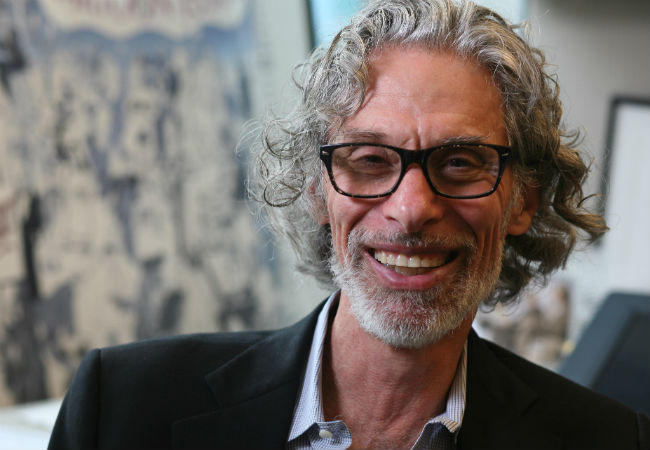 The country’s top cartoon editor chats about a new documentary exploring the work involved in the production of the New Yorker. image: burnsfilmcenter.org

What does it take to be a cartoonist? What does it take to secure the most coveted job by all cartoonists in the nation, at one of the country’s most respected magazines? Very Semi-Serious, a new HBO-produced documentary by Leah Wolchok, attempts to answer that question by delving into the behind-the-scenes life at the New Yorker and focusing on Bob Mankoff’s role as the magazine’s cartoon editor.

I chatted with Mankoff about all things cartoon, his memoir and more.

Long Island Pulse: Your memoir, How About Never—Is Never Good for You?: My Life in Cartoons, was released last year. After all these years in the industry, what compelled you to write your story at that moment in time?
Bob Mankoff: I wanted to write a memoir while I still had memories to memoir with.

Pulse: Was it a much different approach, to write your story, compared to the drawings and cartoons that you’re used to?
BM: Well, it’s a book, I had to learn to write. The book has a lot of cartoons in it, but it is written, it’s about my life, my background, growing up and becoming a New York cartoonist. I’m a pretty good talker but you can’t really talk a memoir. You think you can, and maybe some people can… you record it. But I had to sort of find a way to write in a conversational way and also use the images in a real integrated way. I had a database of about 80,000 New Yorker cartoons, so I could sort of tell the story almost like a narration of a TV show.

Pulse: That’s a good way of putting it. Let’s talk about the new documentary. I’m an avid New Yorker reader and have always wondered about the difference between the essence of a cartoon and the essence of a written piece. After watching the documentary, a line stuck out at me and I realized that, at their cores, the written word and the cartoon attempt to achieve the same thing. What you say in the film is, “Cartoons either make the strange familiar or the familiar strange.”
BM: Yeah, they do that. The point of the cartoon is to be somewhat amusing and funny, to create this combination of things that you don’t usually think of together. It often happens that the point you’re making has to happen fairly quickly, to ignite that explosion of laughter. I think what comes across is that, while a cartoon looks like a single panel cartoon, there’s a lot of work that goes into it because that are a lot of ideas generated that don’t work out for each idea that does work out.

Pulse: Do you think that the cartoons you publish cater to a New York-based audience, or are they universal truths?
BM: They are not just for New Yorkers and they’re not universal. They are somewhere on that XO planet. Most of the circulation of the magazine is not in New York. There are about a million subscribers, defined by sort of sophisticated, whimsical, intelligent, observational kind of views of the fat guy falling down.

Pulse: Working in the industry myself, I experience firsthand how the Internet has changed journalism. As the audience’s attention span grows shorter, the way writers write has also shifted. I’m starting to think that the cartoon is the exact format we’re striving for: it’s funny and quick and gets to the point yet always tells you something deeper.
BM: Yes, absolutely. I think they are an ideal medium and even better if they’re framed as “5 Cartoons You Must See Now.”

Pulse: Do you find that the Internet has affected how you do your job and the kinds of drawings that come in?
BM: Yeah, everything is affected by everything else. I think at the center it’s still basically the same. It’s me, David Remnick [editor-in-chief at the New Yorker], and other people looking at the cartoons and deciding which ones we like and publishing them. Whether they come in by email or carrier pigeon or, sometime in the future, hologram… I think it’ll pretty much be the same.

Pulse: What would you be if you weren’t a cartoonist?
BM: Jail, jail! Really, I’m a thug. [Laughs]. I don’t know, I would probably end up being a psychology professor, an academic.

Very Semi-Serious premieres on HBO on December 7 at 9pm