“Ghost of the Future!” Scrooge exclaimed, “I fear you more than any spectre I have seen. But as I know your purpose is to do me good, and as I hope to live to be another man from what I was, I am prepared to bear you company and do it with a thankful heart. Will you not speak to me?”
From Charles Dickens’ “A Christmas Carol” 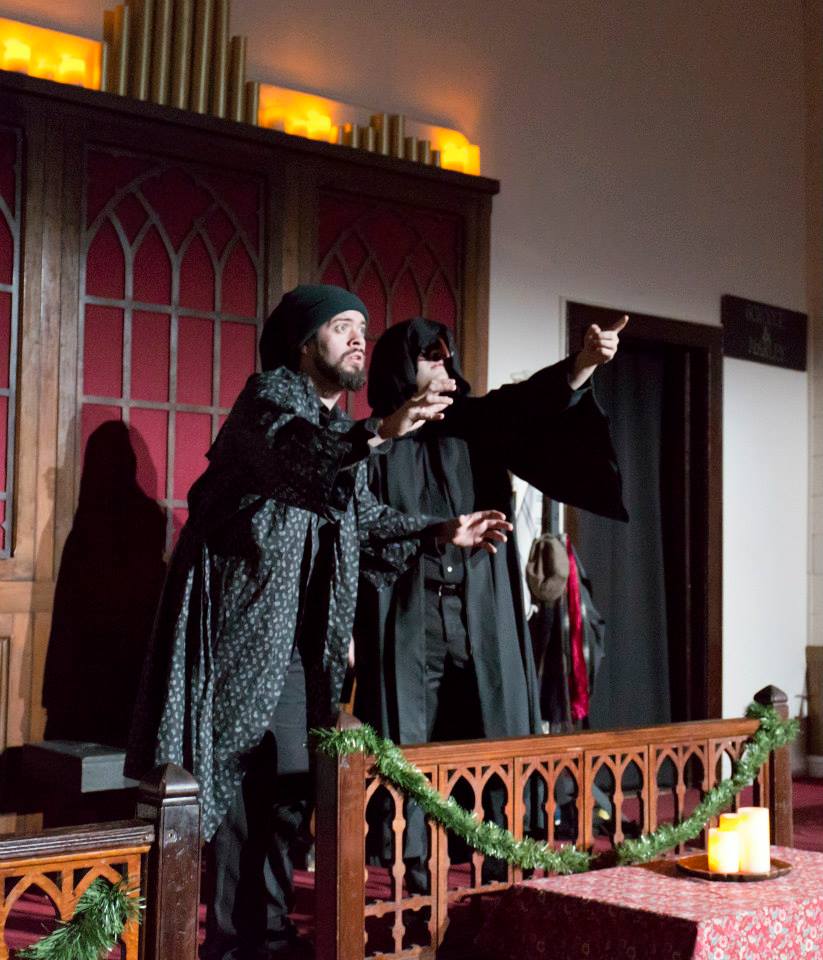 Scrooge and the Ghost of Christmas Future. image: chris leonard

Get in the holiday spirit by immersing yourself in Charle Dickens’ beloved classic. The Long Island Theatre Collective’s modern adaption of A Christmas Carol includes touches of humor and some local color. As Founder/Artistic Director Ian Sullivan recounts: “This production is absolutely Long Island specific. All of the actors in the show are from Long Island and there are some references to the Island itself. There’s even a reference to the fact that the Cratchit family lives ‘off Sunrise Highway.’”

Last year, all three performances of the play sold out. LITC hopes to bring the community together again for the second annual presentation, which takes place December 18-20 in the beautiful chapel at Bellmore Presbyterian Church. The show times are: December 18th at 8pm; December 19th at both 2pm and 8pm; December 20th at 2pm. Tickets range from $12 to $20.

And let’s not forget the pre-show festivities where audience members are invited to indulge in a cup of hot cocoa, buy raffle tickets for gift baskets and enjoy some carols sung by the cast and the Holy Trinity Select Choir.

Long Island Pulse:  What makes LITC’s Christmas Carol production different from other ones—Broadway and film?
Ian Sullivan: Our production is unlike any that you have ever seen. Much of the spectacle is stripped away and what remains is the beautiful story and characters. The story was adapted with LITC actors in mind so there are many moments that are specifically crafted to highlight the various talents of the cast. There are also hilarious moments of anachronism that bring the audience directly into the world of here and now.

Pulse: What makes the chapel location so perfect for this production?
IS: The Chapel at Bellmore Presbyterian Church is such a beautiful space. It is a turn of the century chapel that creates the perfect ambiance for this timeless story. The energy inside of the space compliments the play and brings the audience into another world. Once you walk into the chapel you feel a sense of great peace, and I think it’s an amazing place to be this time of year.

Pulse: Do you get a lot of locals and other New Yorkers each year?
IS: We absolutely get tons of locals each year. This is such a beloved classic and the Long Island audience really responds to it. Last year, my fourth grade teacher came to see the show. I hadn’t seen her since I was in the fifth grade.  Many of the teachers from Holy Trinity also come to support their students and the alumni involved in the production.  This is a play about community coming together and it is so rewarding to see our community coming together in celebration of the season and in celebration of great art.

On a personal note, I love this story. I grew up with it, I watch The Muppet Christmas Carol every single year for inspiration. It’s such an honor and a pleasure to work with my best friends in bringing this to life. 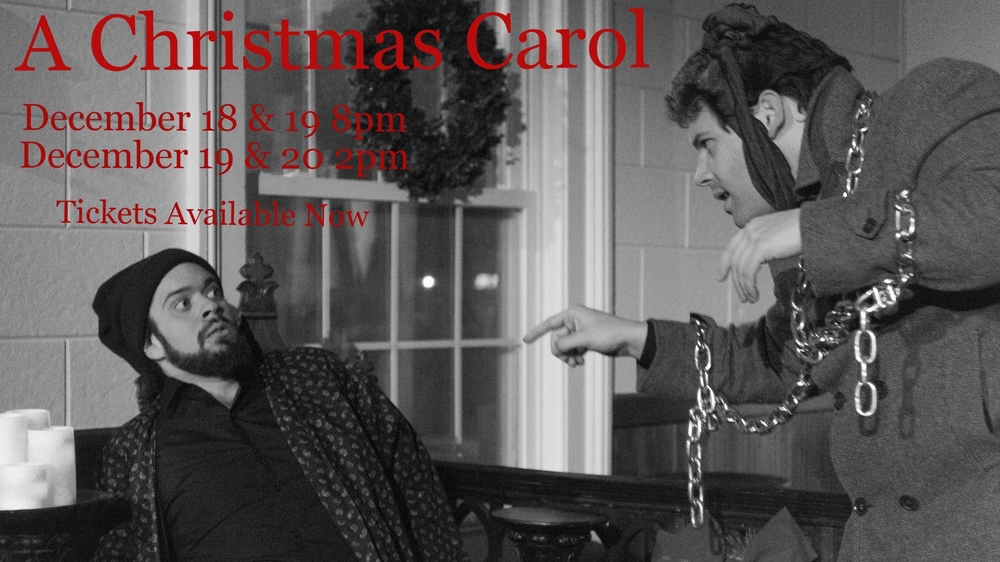 Pulse: Why does this story still resonate so much—culturally, politically, ethically?
IS: I think this play resonates with audiences now more than ever before because we live in a world where work and business are worshipped. So few people make time for their friends and family. So many young people put off marriage, kids and personal relationships to chase their careers. This production highlights the fact that those personal relationships are the thing that sustains us when all else falls away. All of Scrooge’s money and success only serve to weigh him down. It’s not until he learns to care for the other people is his life that his chains are lifted.