You might think there is no way the classic story in the film Miracle on 34th Street could be any better…but try adding music and breaking the fourth wall, and you have a truly unique and magical experience. Miracle on 34th Street, The Musical, with direction by Richard T. Dolce, is now running at the John W. Engeman Theater in Northport, and it’s a holiday treat both reminiscent of the timeless tale and original in its production.

Based on the film of the same name and written by Meredith Wilson (best known for The Music Man), the musical features Kris Kringle, a white-bearded fellow, claiming to be the real Santa Claus. He brings a miracle to the 34th Street Macy’s flagship store and all of New York City and convinces a divorced, derisive single mother, her subdued daughter and the entire state of New York that Santa Claus is no myth. R. H. Macy, the department store head who is thrilled by the business Kringle generates, is portrayed by Broadway regular Bill Nolte. 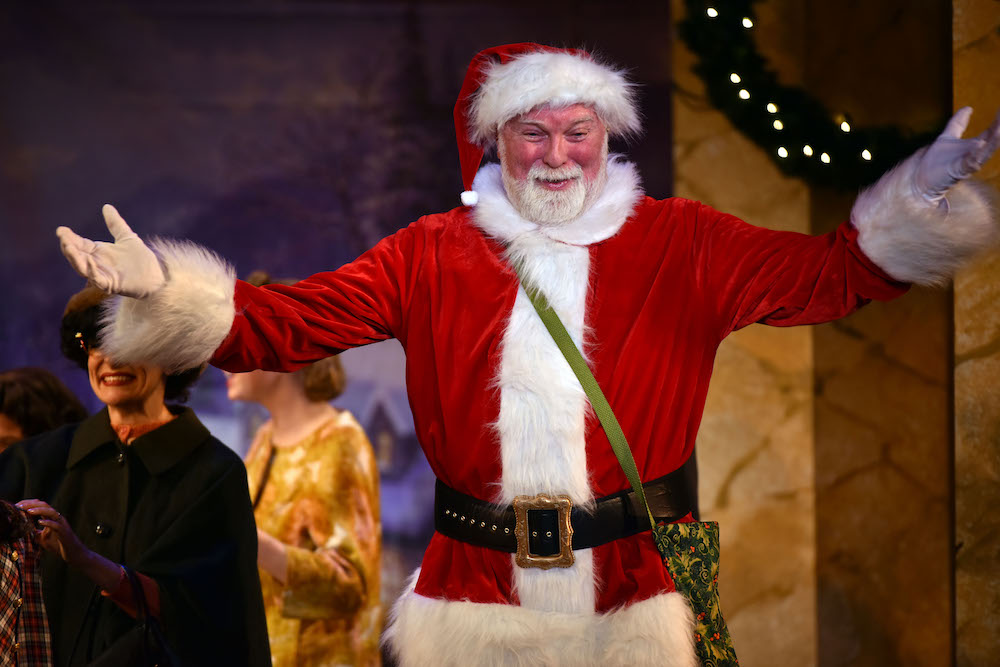 “It’s really nice to be home for the holidays with this special show, especially with these talented kids at the Engeman,” said Nolte, who is performing on Northport’s stage for the first time. “It’s thrilling to watch them perform. They’re really into it, and they’ve become a real family. Now I’m in the holiday spirit!”

Nolte, who has been featured in 11 Broadway shows including Cats, The Producers and La Cage aux Folles, describes R.H. Macy as initially being the grouch of Christmas. The seasoned performer shows his chops in “That Man Over There is Santa Claus,” a courtroom number “which is kind of a riot, because everyone gets involved, even the kids and the judge,” he said. Nolte also takes to the stage in “My State, My Kansas,” a barbershop quartet seduction of the judge by three politicians. “We’re just trying to get the judge to see our way and to get him to give St. Nicholas a break,” he said. “The show is not really deep but that’s what you need in theater around Christmas time.”

Musicals are old hat for Nolte. He credits The Producers as being one of his most memorable Broadway experiences, as he closed out its run at the St. James Theatre in the role of Franz Liebkind. When he made his debut in Cats in 1985 as Old Deuteronomy, he remembers it being a frightening time because of the AIDS epidemic, but after trying to make it in New York for nine years, it was also his big break. Miracle on 34th Street is special to him as well, as it brings him back to Long Island, where he spent the holidays for over 30 years with his husband’s family in West Hempstead. 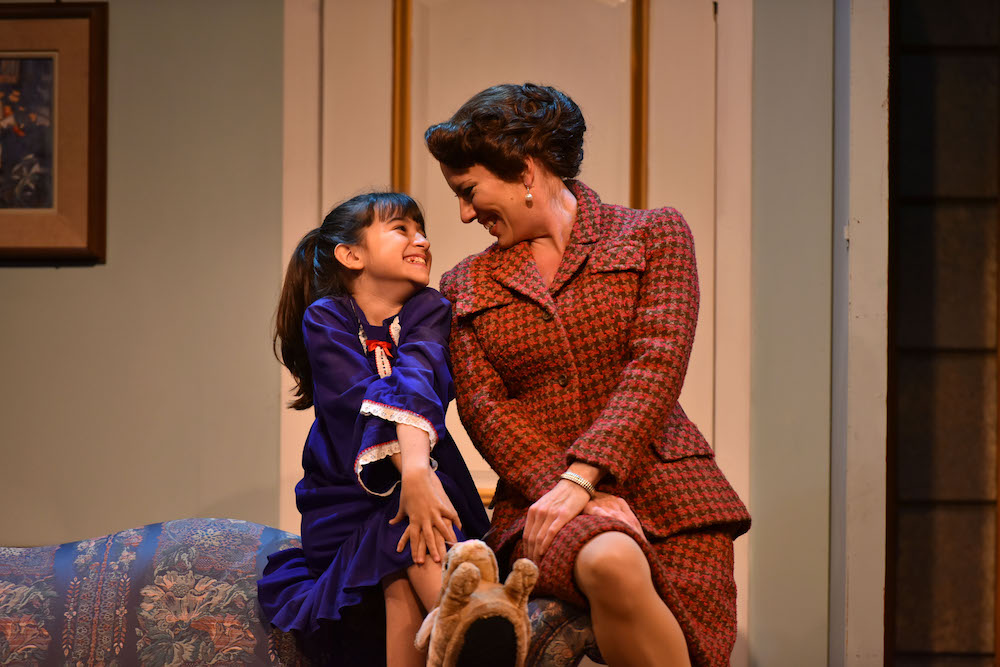 Nolte says holiday audiences are some of the best that exist. “They want to be there because they want a warm, fuzzy Christmas memory. They’re not coming to dissect,” he says, considering the houses to which he’s currently playing. “The Engeman is so intimate too, so there’s that feeling of warmth in being so close. I think the audiences will only improve as we get closer to the holidays.”

Though Miracle on 34th Street is only at the John W. Engeman Theater through Jan. 3, the musical will resonate for years to come, just as the film did when it was released in 1947. When asked to consider why the story withstands the test of time, Nolte considers it carefully. “I don’t know if it’s nostalgia for the 50s or 60s when things were calmer and not so crazy, and not so caught up in the Internet,” he says. “It’s just a more innocent time, things have gotten so crazy. It’s nice to go back to whether or not you believe in Santa Claus, rather than talk about ISIS. It’s also that time of year when it’s nice to get your mind off of other things and escape.”