Holiday flicks have become just as much a part of our traditions as gift giving, egg nog and tree decorating. Every family has an all-time favorite, one they sit down and watch together year after year, perhaps with a mug of peppermint hot chocolate in one hand and a cookie in the other. With Santa Claus (or is that Santa Clause?) coming to town in a couple short days, I spent a ton of time watching Netflix and cable TV to bring you the 10 holiday movies guaranteed to bring you good tidings and joy.

Related Content: When to Catch Holiday Movies on TV 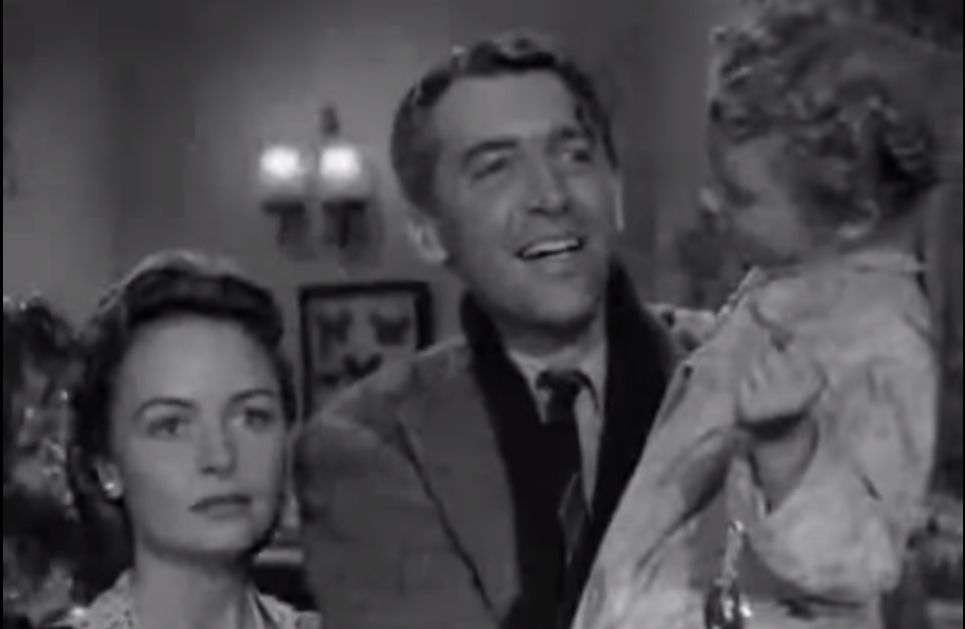 It’s a Wonderful Life isn’t just a favorite movie for Christmastime. It’s one of the most critically acclaimed flicks ever. Nominated for five Academy Awards including Best Picture, the American Film Institute hailed It’s a Wonderful Life as the 11th best movie of all time and the most inspirational American film ever made. We’re not sure who steals the final scene, the adorable Zuzu Bailey when she says, “Look, Daddy. Teacher says, every time a bell rings an angel gets his wings,“ or George Bailey (the richest man in town) when he responds, “That’s right. That’s right. Attaboy, Clarence.” Either way, this is one flick not to be missed each year. Rest assured, if you haven’t gotten around to seeing It’s a Wonderful Life this year, catch it Christmas Eve on NBC. 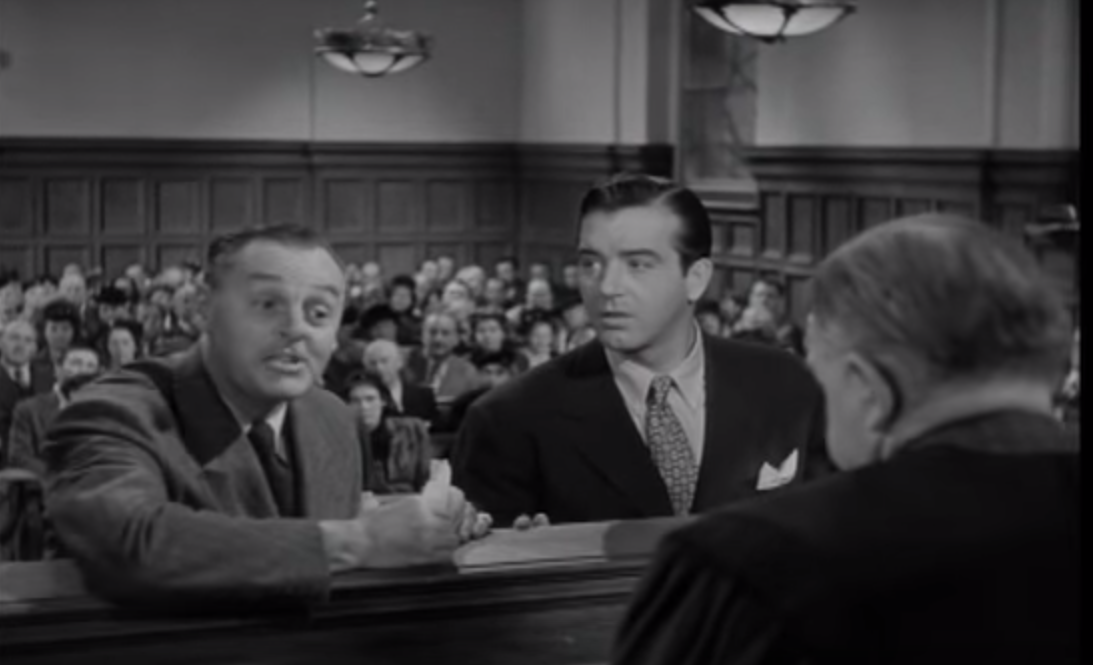 Drunk Santa! After Santa partied a little too hard the day before Thanksgiving (happens to the best of us), a man named Kris Kringle serves as his stand-in during the Macy’s Thanksgiving Day Parade. He’s such a hit, he becomes a mainstay in the department chain’s flagship shop in midtown Manhattan, but when he says he’s the real-deal Santa, chaos ensues in the form of a court case. A three-time Academy Award honoree, including a Best Actor in a Supporting Role win for Edmund Gwenn, Miracle on 34th Street has stood the test of time, even spawning a remake in 1994. 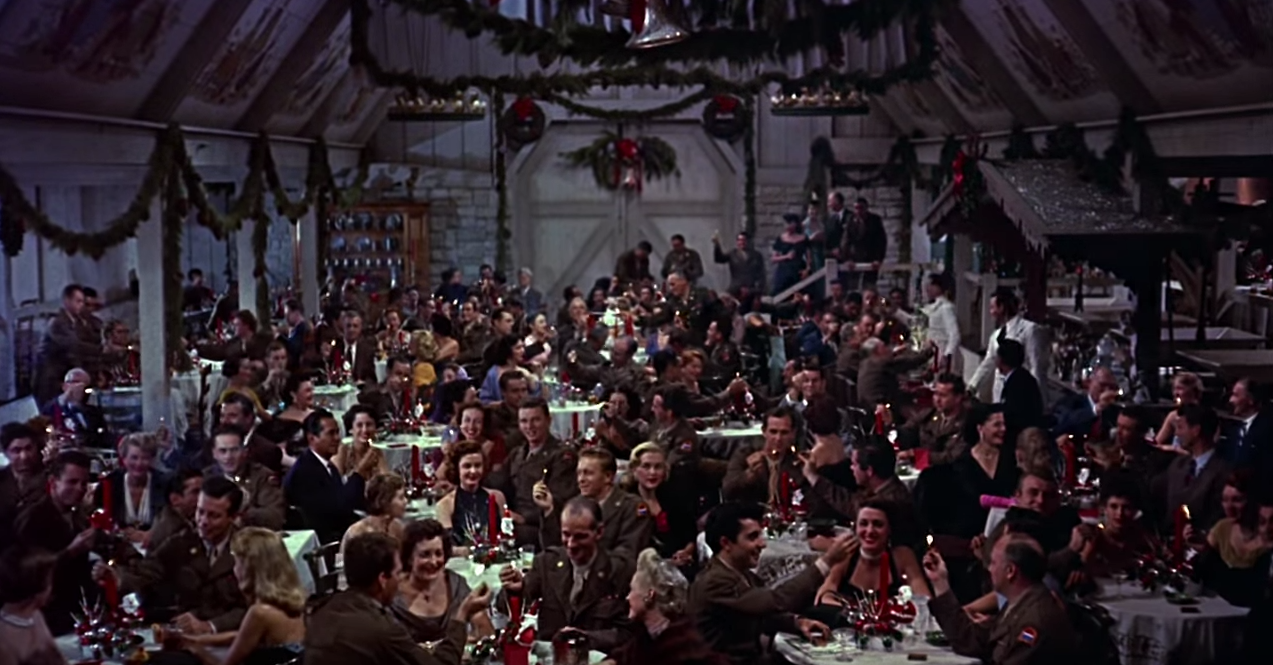 Some people are Team It’s a Wonderful Life, others are Team Miracle on 34th Street and others are all about White Christmas. Frankly, I’m not sure why you can’t love all three. It’s the holidays, after all, and it’s all about indulging. Heat up a cup of hot cocoa and settle in for a long winter’s night of song and dance with Bing Crosby & Co. in the follow-up to 1942’s Holiday Inn. 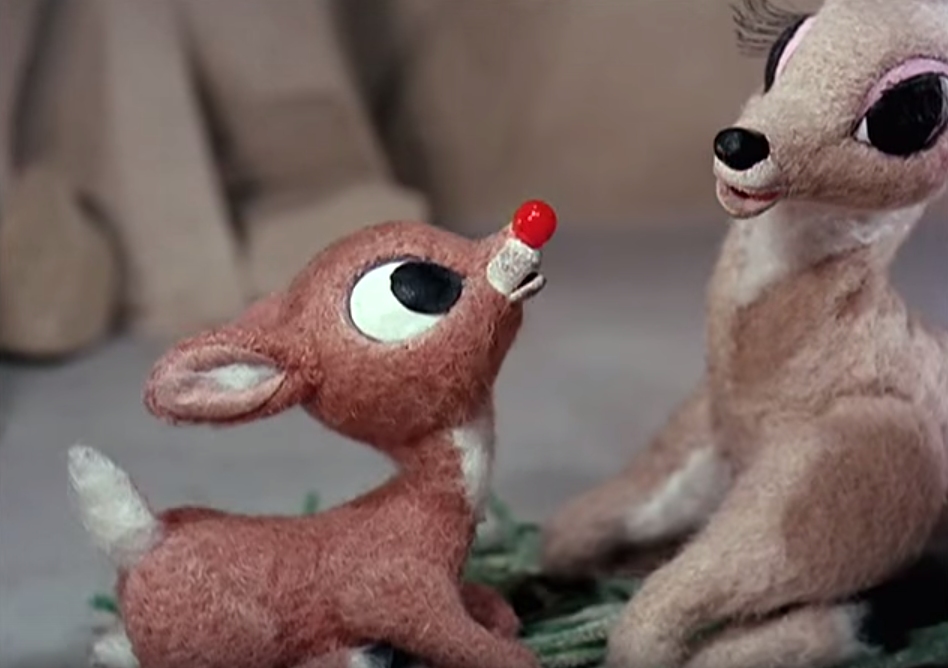 You’ve been watching this one every year since seemingly forever. Now 51-years-old, the Larry Roemer directed stop action animation film is the longest running Christmas TV special in history. This flick does more than put us in the holiday spirit. It reminds us about the importance of acceptance, not to judge a book by its cover (or shiny red nose), to beware of abominable snowmen and that elves can grow up to be whatever they want to be, even a dentist. 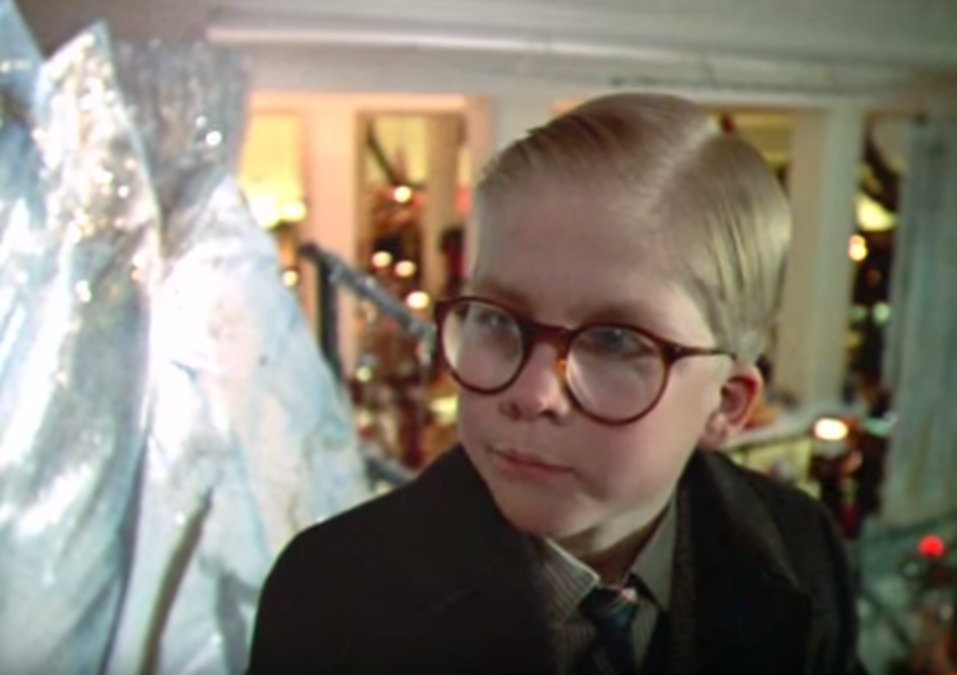 All poor Ralphie Parker (Peter Billingsley), a 9-year-old kid just trying to get by in 1940s Indiana, wants for Christmas is a Red Ryder B.B. gun. Unfortunately for Ralphie, his parents, teacher and Santa are all worried he’ll shoot his eye out. Enter his Old Man, who gets it for him anyway. He doesn’t quite shoot his eye out, but he does break his glasses and then lies to his mom about how he broke said glasses. He was probably on the naughty list the next year right underneath Old Man.

If you’re yanking your hair out thinking your family is dysfunctional, keep in mind that Clark Griswold (Chevy Chase) couldn’t even light the Christmas tree without electrocuting the family cat. Poor guy (the cat, not Clark). All the bickering will either make you feel right at home or thankful for what you’ve got. Either way, the Griswolds bring the laughs. 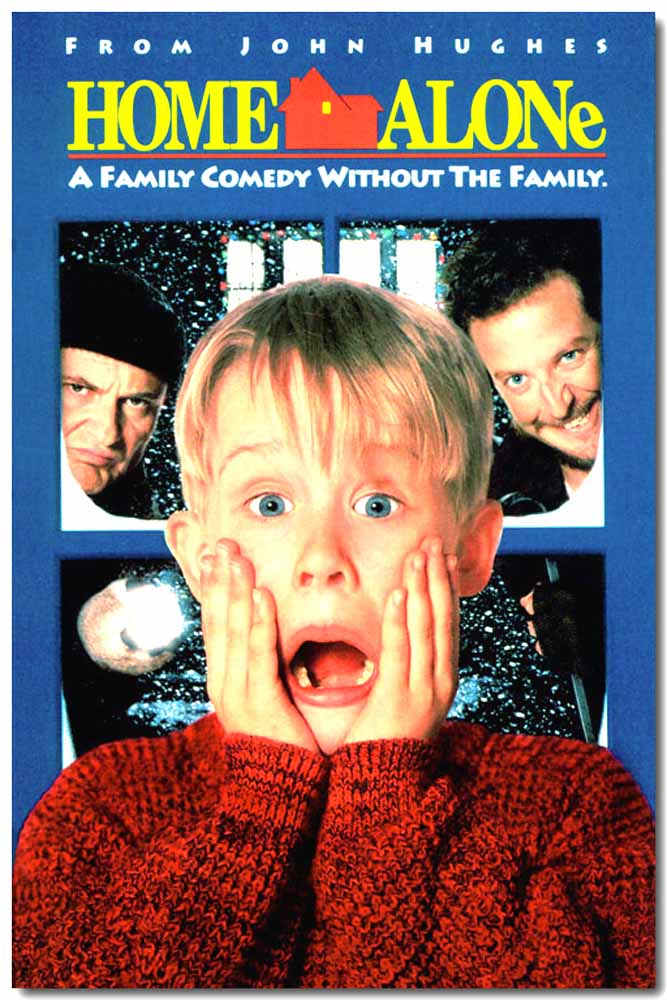 Every kid who grew up in the 90s and their parents have seen Home Alone more times than they can count. At one time, the movie starring Macaulay Culkin before he became bff with Michael Jackson and started smoking weed, was the highest-grossing comedy of all time (Hangover took its crown in 2009). Kevin (Culkin) wishes his family would just go away after he’s sent to the attic for fighting with his brother, but he learned the all-important lesson to be careful what you wish for when they accidentally fly to Paris without him and burglars Harry (Joe Pesci) and Marv (Daniel Stern) crash his personal house party. 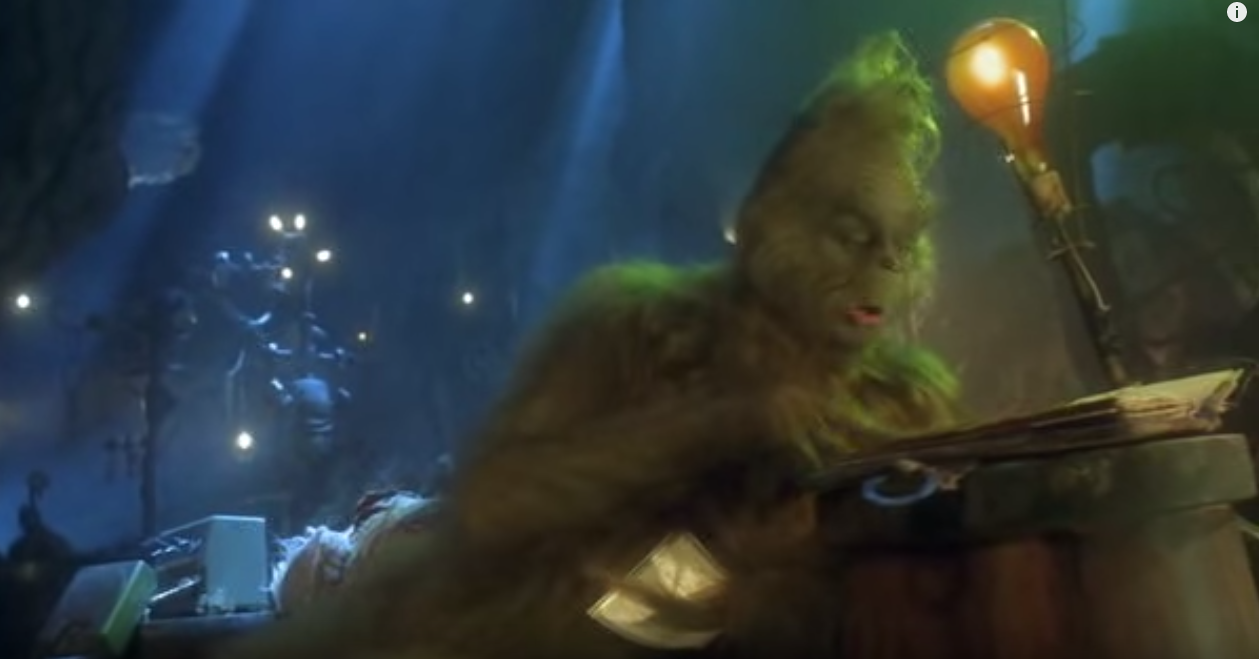 image: how the grinch stole christmas

How the Grinch Stole Christmas (2000)

He’s a mean, green, carol-hating machine. Whether you can totally relate to the Grinch, hilariously portrayed by Jim Carrey in the live-action adaptation of the Dr. Seuss classic, or are more Team Whoville, your heart will grow three sizes every time you see the ending.

When those text messages from your relatives about last-minute travel plan changes and whether or not you’ll be serving gluten-free options get more frequent by the minute, watch Elf. Saturday Night Live alum Will Ferrell delivers laugh after laugh as Buddy, a human raised as an elf who learns his true identity and heads to New York City to look for his biological family. His cranky birth father, Walter (James Caan), will make your folks seem mild.

What are your favorite holiday movies? Tell us in the comments section or on Facebook and Twitter.