Dresses were tiny in the 1800s. So tiny that they don’t even fit on today’s mannequins. This the Cow Neck Peninsula Historical Society found out first hand.

“Most of the old dresses were too small to fit on mannequins so we had to get plastic torsos that could be molded and pulled in,” Joan DeMeo Lager, Curatorial Administrator of the Cow Neck Peninsula Historical Society said. 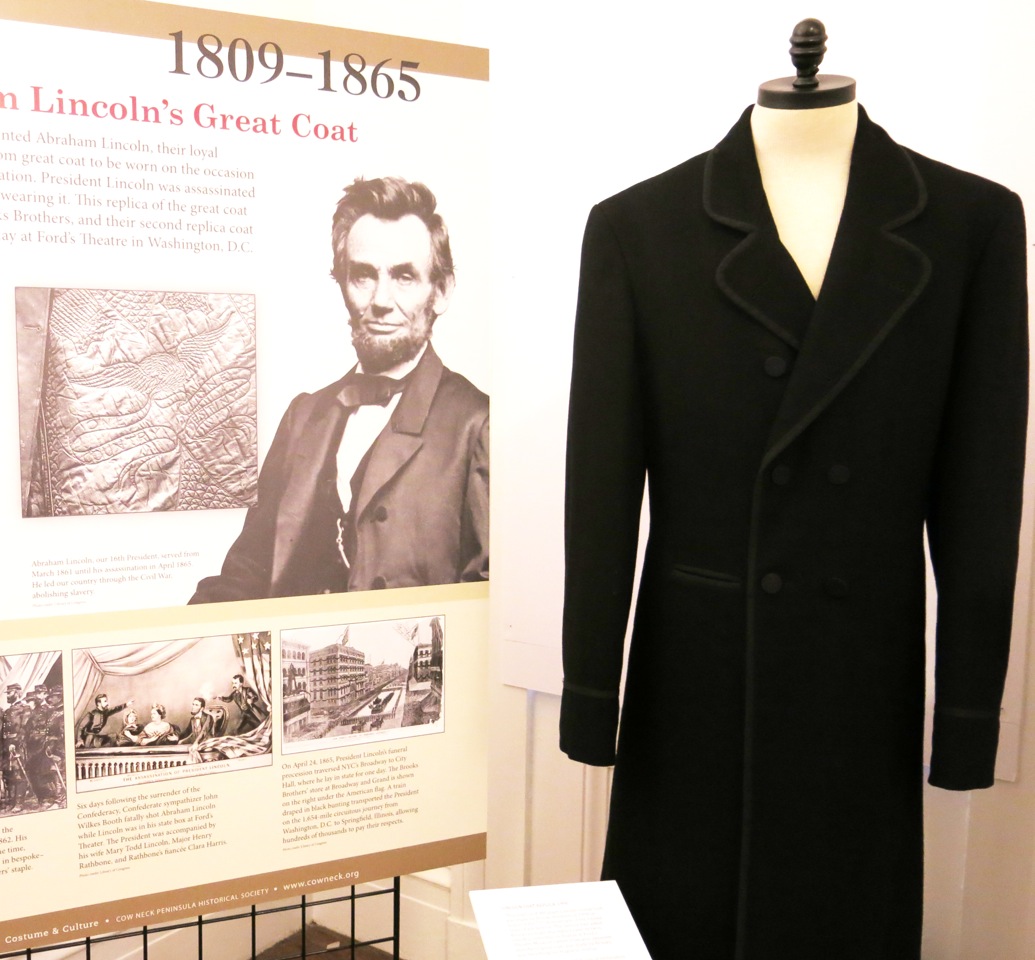 Lager helped put together the historical society’s latest exhibition, Costume and Culture, which features more than 65 historical garments. On display through February, the exhibit is an intensely local exposition of life over a couple of hundreds of years. Told through the articles of clothing our grandparents, great-grandparents and great great-grandparents used to wear.

There’s a New York State Cavalry uniform, a John Philip Sousa’s Parade Coat, even a replica of the coat Brooks Brothers made for Abraham Lincoln. The items themselves are worth visiting the Sands-Willets House for alone, but it’s the window into America’s cultural and political history that will have you wishing you could spend hours exploring. The Brooks Brothers collection (the company is helping to sponsor the exhibit) shows the relationship between founder Henry Sands Brooks and the Sands Family, which once owned the house the historical society calls home today. 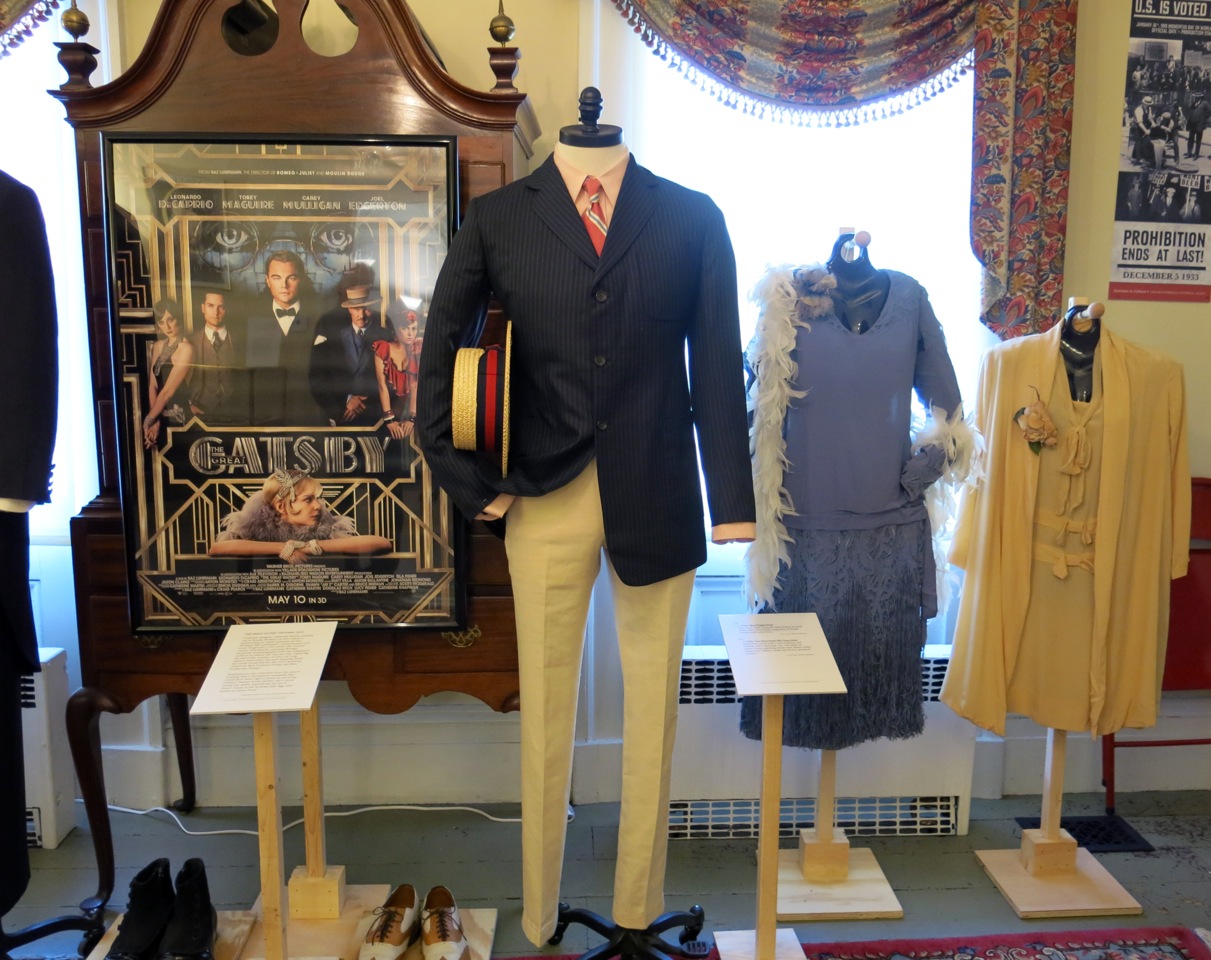 As important as the men were, though, the exhibit pays homage to the role of women and women’s fashion in the evolution of America.

“The shirtwaist blouse was something that came from here, that it became the official day uniform of every women,” Lager said. “The European women loved them so much but they didn’t want to be see wearing ready made clothing so they ripped the tags out.” 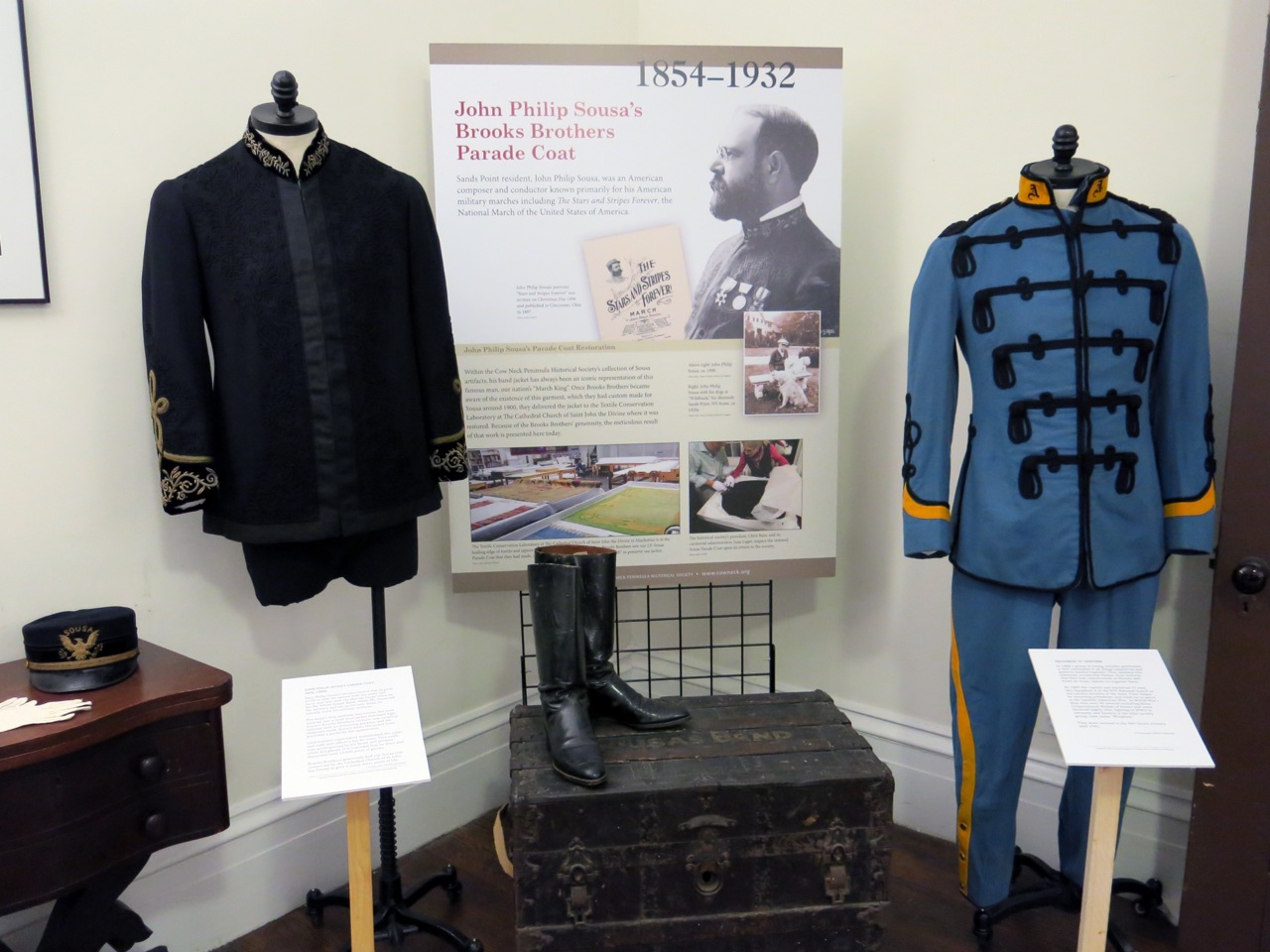 Jazz age lovers will adore the selection of dresses from the 1920s, including a couple of Brooks Brothers costumes from the 2013 movie, The Great Gatsby. And one planning a wedding should appreciate the wedding dresses and how much the style has changed. There are even early sports and leisure uniforms, that if we’re being honest most of us live in today on the weekends. 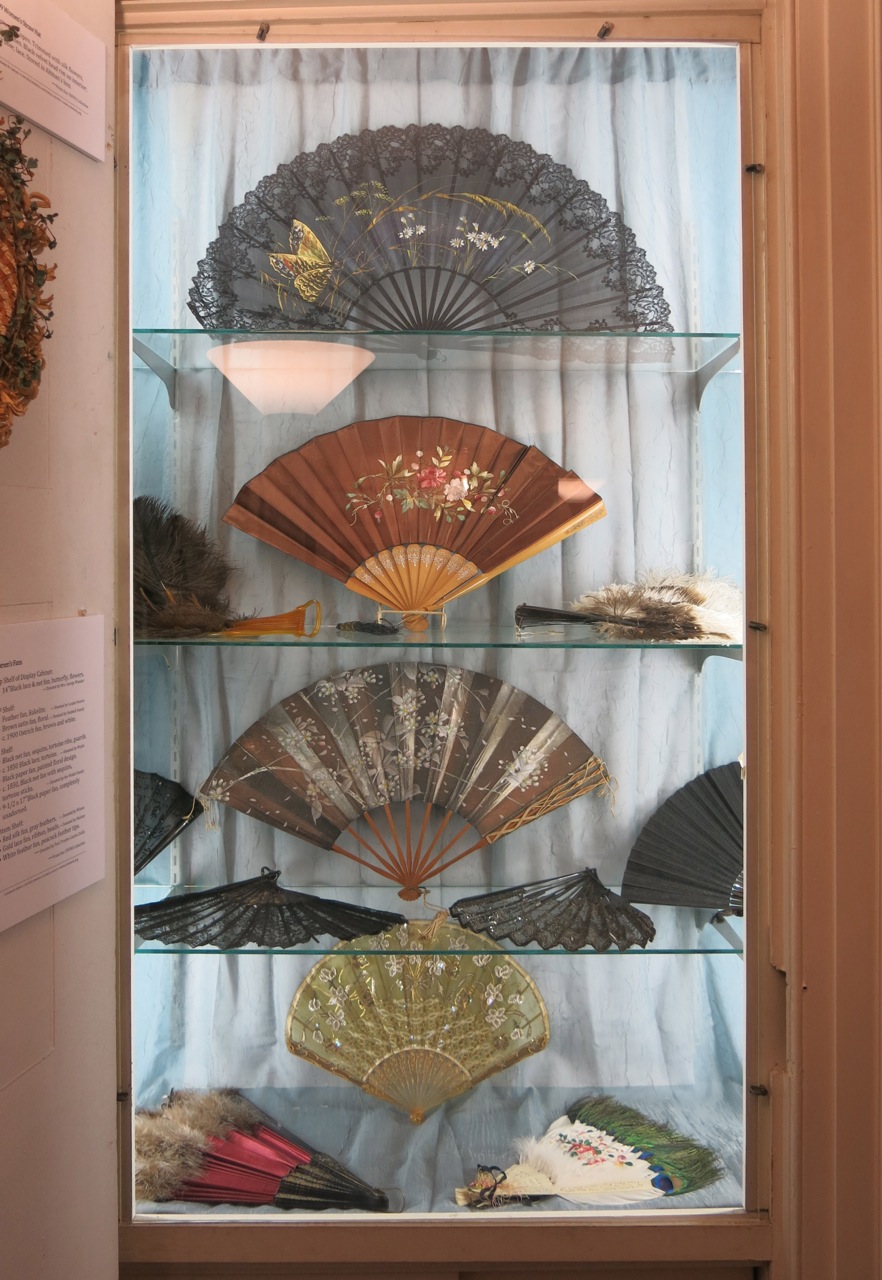 And right alongside each of the displays are explanations of the technological changes that allowed the clothing, rubber soles for instance are an American invention, and how those changes resulted in more women working outside the home. As much as fashion is on display, so are the parts of our past such as the Triangle Shirtwaist fire of 1911 that led to the early days of workers’ rights and women’s suffrage.

“I wasn’t aware of what we did for the clothing industry and its effects,” Lager said.

If You Go:
Costume & Culture: Our Heritage, Our Fashion
When: Docent led tours Saturdays at 12:30pm or Sundays at 1:30pm, through Feb. 6 or explore on your own on Saturdays from 1:30pm-4pm.
Where: Cow Neck Peninsula Historical Society, 336 Port Washington Blvd, Port Washington, NY 11050
More Information & Tickets: Tickets my be purchased at the tour but you must arrive at least 10 minutes early. cowneck.org