President Obama: So now that you’re a quasi-retired man of leisure…
Jerry Seinfeld: I work a lot.
Obama: Do you?
Seinfeld: Yeah.
Obama: Are you still doing standup?
Seinfeld: (smirks) Are you still making speeches?

Jerry Seinfeld began the new season of his quirky online talk show, Comedians in Cars Getting Coffee, with an unexpected guest: President Barack Obama. While the President doesn’t fall under the category of ‘comedian’ or comedic actor, Seinfeld did reference Obama’s smooth comic delivery at 2015’s White House Correspondents Dinner as a means of qualifying the commander-in-chief for the show.

On CICGC, Seinfeld often chooses a car that fits the guest’s personality. He chose a 1963 Silver Blue Corvette Stingray for Obama: “The coolest Corvette, with just the right stance,” said Seinfeld. “The idea behind this car is just confidence.” As the pair rides around the White House grounds, we learn Obama was a fan of this Split Window Coupe from a young age. When they hop into the President’s bulletproof Cadillac, aka the Beast, the two discuss car accoutrements, shows about nothing and the outcome of losing one’s anonymity.

The coffee break takes place in a fluorescent-lit White House staff dining area. And the conversation topics range from underwear and favorite snack to dealing with world leaders and adjusting to the privilege and responsibilities that come with being the leader of the free world.

Obama realizes a childhood dream when he gets behind the wheel of the Stingray at the end. But the security guard rejects him when he tries to take the car off the grounds at Seinfeld’s request: “Just say, ‘I’m the president,’ and you’re going to have a quick coffee.”

Another childhood dream was realized when Seinfeld landed the interview with Obama: “Growing up in the 60s my kid dream was always to be an astronaut, and doing a comedy show with President Obama in and around the White House felt like going into space,” Seinfeld said in a statement. “Being President and just a cool guy to hang out with at the same time made the experience my own personal moonwalk. It was an unforgettable day.”

Future guests for the seventh season of CICGC include Steve Martin, Will Ferrell and Gary Shandling.

Seinfeld wasn’t lying when he told the President he was still doing standup. Inspired by his friend Billy Joel, who has been playing monthly gigs at MSG since 2014, the New York-based comedian signed up for a monthly residency at his favorite theater in New York, The Beacon Theatre. He credits his Long Island roots for giving him perspective: “A career kind of comes out of that culture you grew up in,” Seinfeld told ABC 7. “And I feel like New York and Long Island is kind of what gave me the perspective to do what I do.”

Below are the 2016 dates for “Jerry Seinfeld: The Homestand” at The Beacon Theatre: 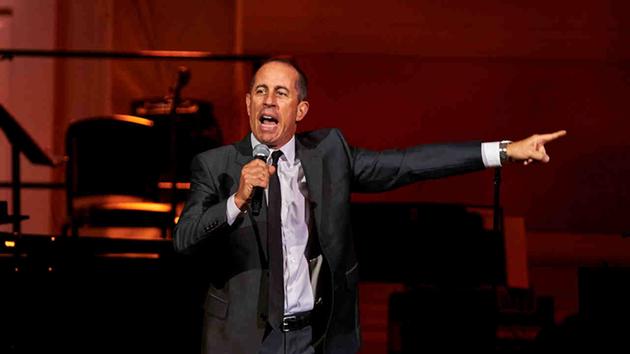