You settle into the perfect seat, a container of delicious overly buttered popcorn in hand, the lights dim and the latest Blockbuster begins. Where are you? Twenty, even five years ago the answer was obvious: a movie theater. Today, that’s no longer the only answer.

The reports of the death of cinema may not be greatly exaggerated. Despite an expected banner 2015, how we watch and interact with movies is changing and while no one can predict the demise of cinema with certainty, there is no doubt that the role of movie theaters in society is changing.

Ford has spent more than 20 years in media production and storytelling and now, as the CEO of a VR production company, he believes the way we tell stories is fundamentally changing.

“We’ll see more dine and theater to try to capture the audience that is staying home and that’s the last gasp, the movies will become like opera,” Ford said. “They will always exist but like opera they will dwindle for the masses.” 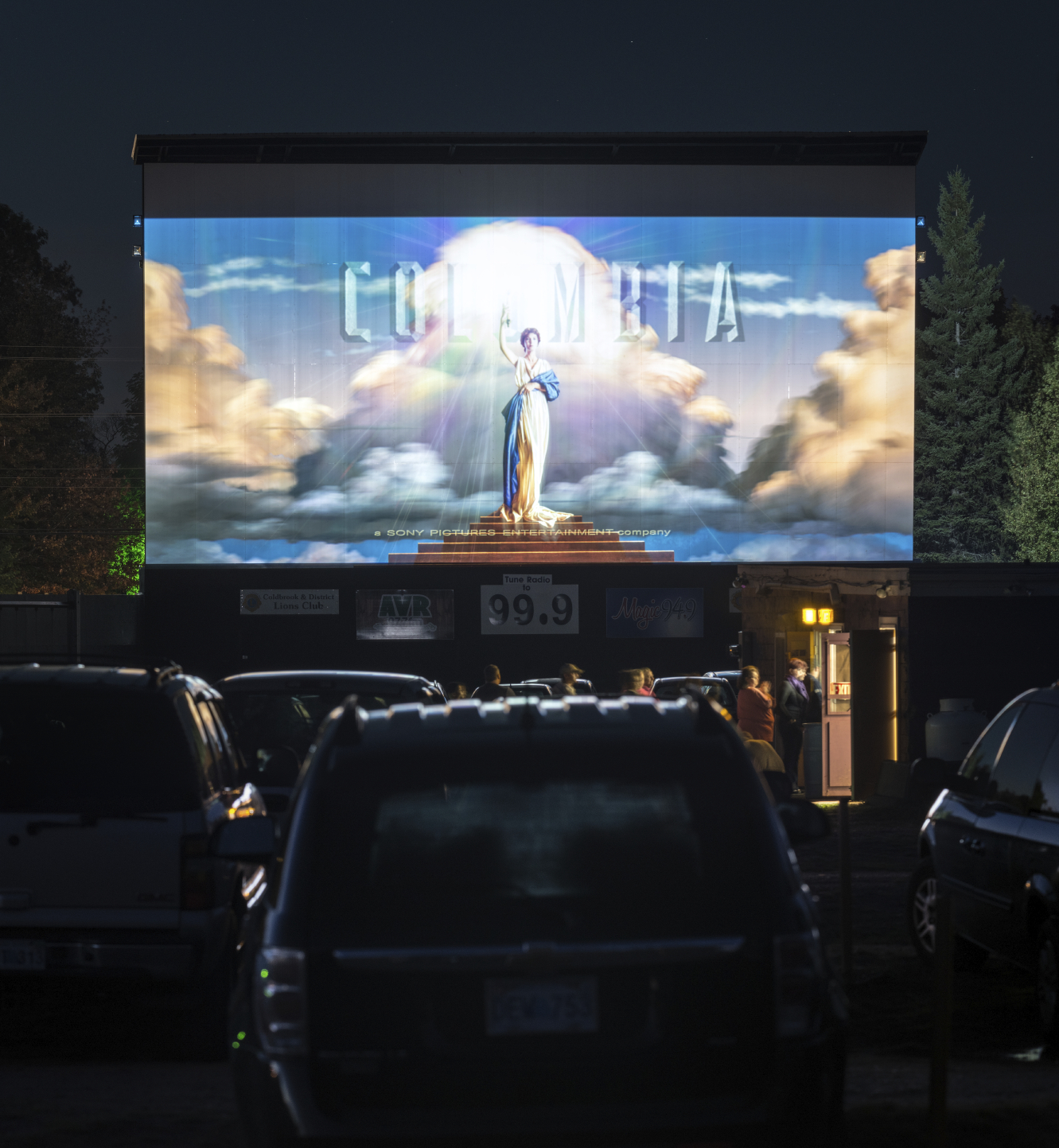 Drive in movie attendees wait in line for their snacks and drinks at the concession stand. image: istockphoto.com/shaunl

We’re already seeing it. In the past decade we’ve seen movie theaters try to lure people in with Dolby, IMAX, 3D, reclining seats, the ability to have dinner and even order alcohol. There have been mixed results. In 2014, the number of admissions or tickets sold was 1.27 billion, a decline of 6 percent from 2013 in the US and Canada. And despite a banner 2015, with ticket sales up 5 percent from 2014, no one is celebrating.

“It’s been very hard for the standard model of people taking time out of their busy lives at night to see the movies,” Erika Howard of the Gold Coast Film Festival said. “That model has been threatened, smaller houses have been threatened and even the larger chains are experiencing it.” 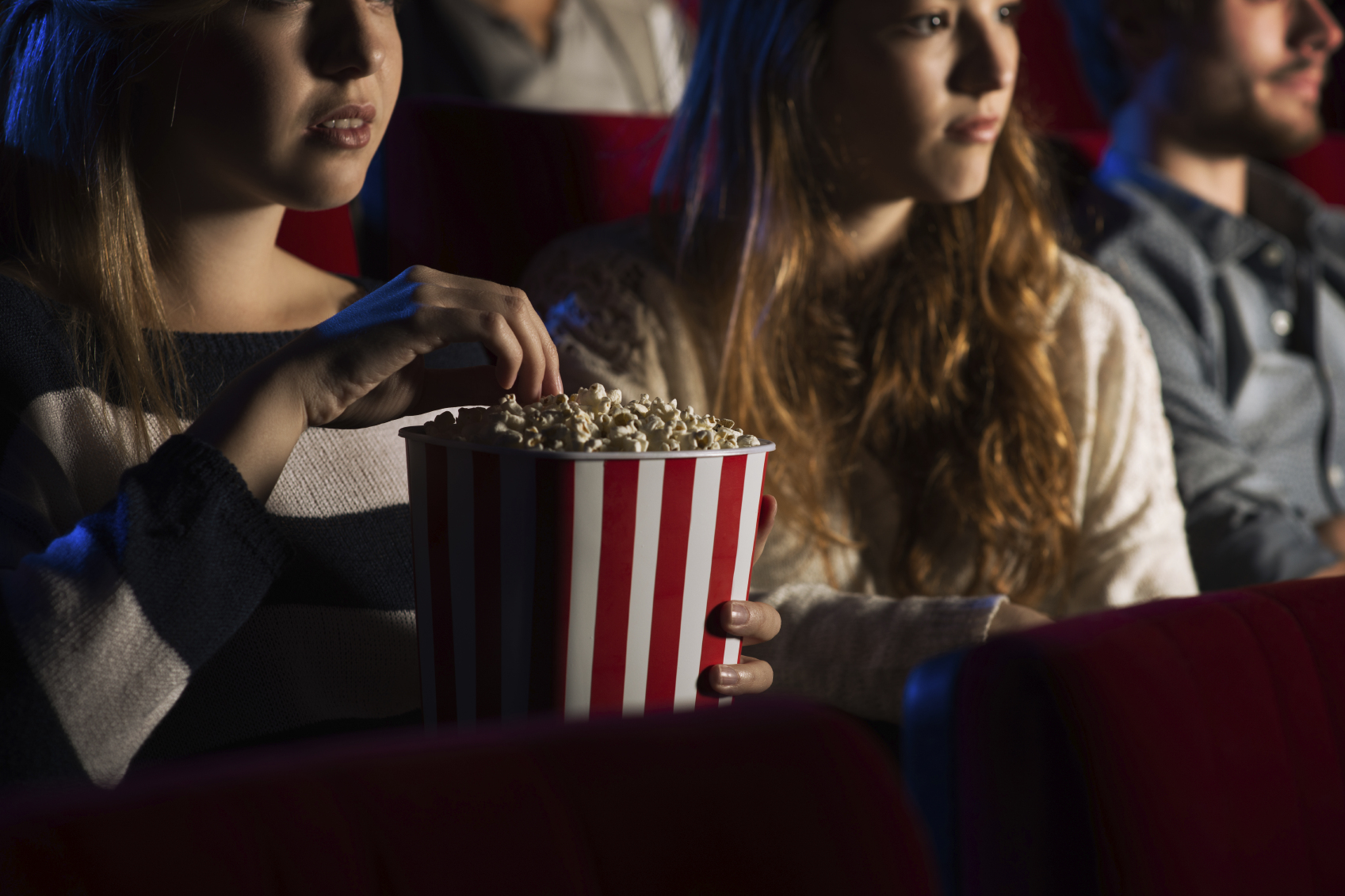 Movie theaters faltering or failing is not to say that movies themselves are going away. Movie screens increased in the late 1990s and early 2000s before growth went flat. Most of the movie screens we’ve lost have been drive-ins. In 1994, there were 859 drive-in screens. In 2014, the last year for which data is available, there were 656. Much like how we consume news changed dramatically with the advent of the Internet, smart phones and tablets, so too is how we consume movies.

Once upon a time, theaters enjoyed at least a three-month period between when a movie was released on the big screen and when it reached audiences at home. You had to go to the movie theater to see the latest Blockbuster if you wanted to be able to keep up with the water cooler conversation. That changed as bootleg versions began to make their way online and then, in 2014, major studios decided they would get in on it. Sony Pictures’s The Interview and The Weinstein Company’s Snowpiercer were each released online instead of exclusively in theaters. They both did better than expected, with The Interview making $40 million online between Dec. 24, 2014 and Jan. 18, 2015. In 2015, Netflix got in on the game. Beasts of No Nation, the latest film from Cary Fukunaga, who directed the cult hit True Detective, is part of a the new distribution model called date and day release when a film is released in the theater and video on demand (VOD) on the same day. 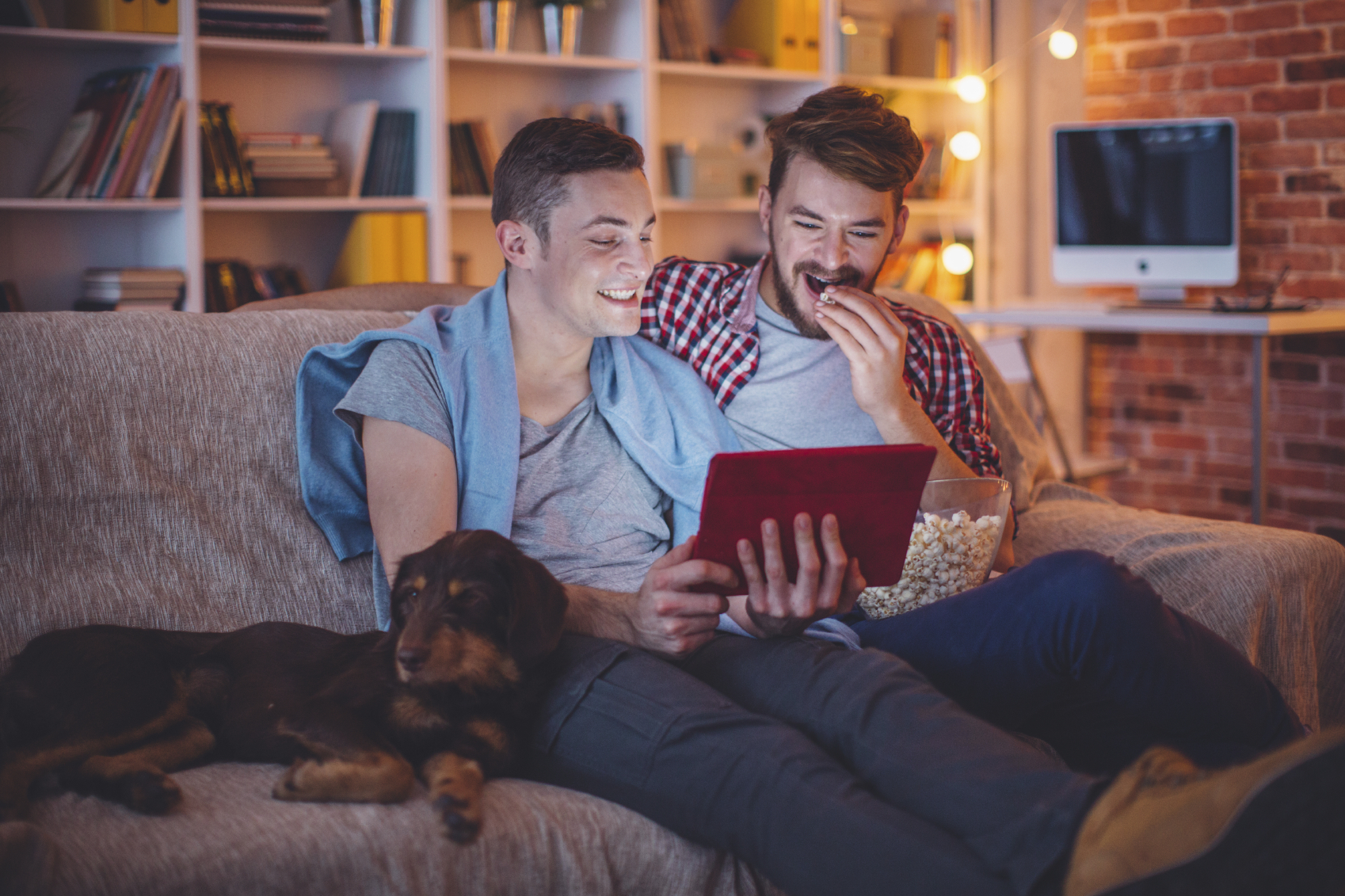 Once upon a time theaters enjoyed at least a three-month period between when a movie was released on the big screen and when it reached audiences at home. image: istockphoto.com/svetikd

But while technology is changing how we consume media, it’s also changing how we tell stories. Do you remember the last movie you saw that wasn’t based on a book or wasn’t a sequel? Jurassic World, Avengers: Age of Ultron, Furious 7, The Hunger Games Mockingjay–Part 2, Cinderella, Missions: Impossible-Rouge Nation, those are just a few of the films that lead the box office in 2015.

“You’ll see certain larger studios have so many sequels and have so much dependent on a formula that was successful in the past instead of experimenting with different films,” Howard said. “We might be seeing the mark of death of original stories, if it’s not based on a book, Broadway show, the studio funding it doesn’t think the public will buy into it.” 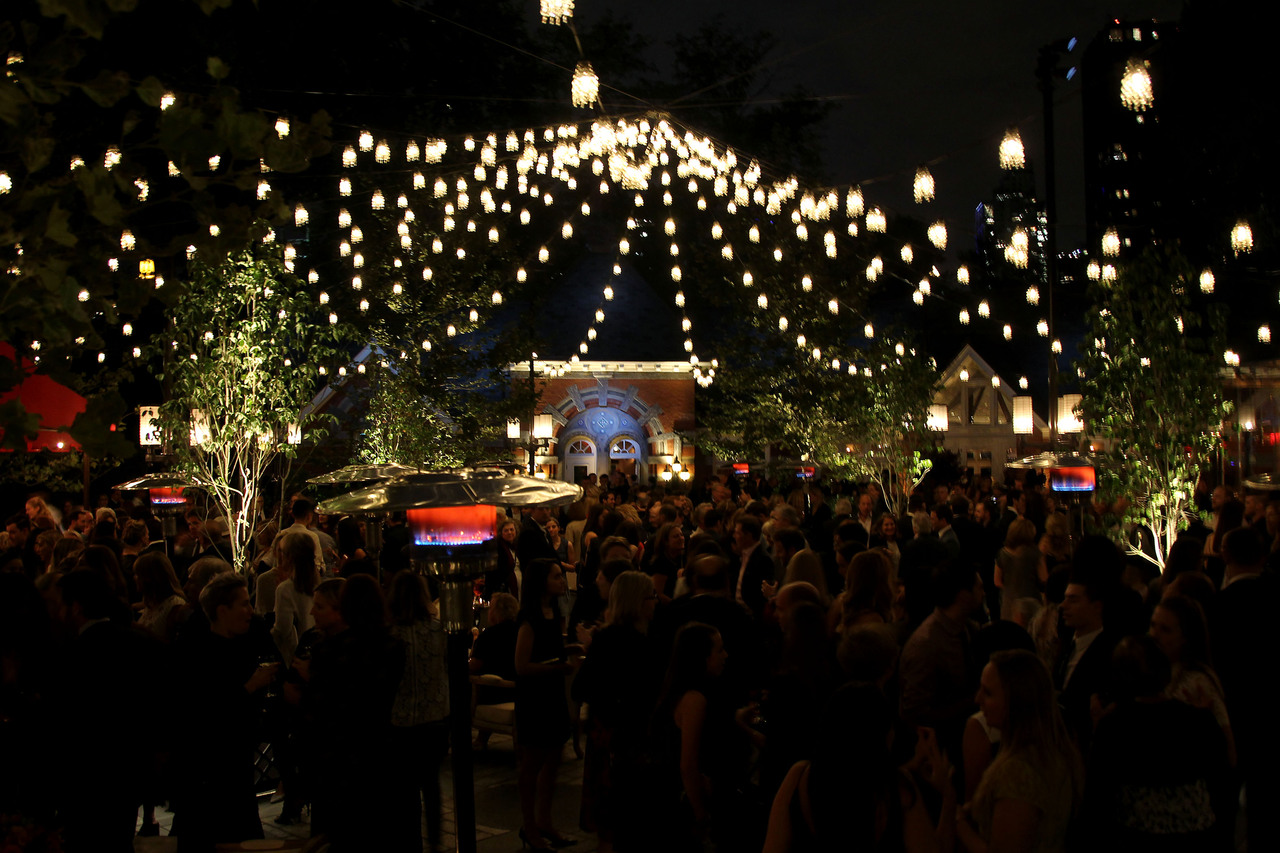 But, while original stories may not be making it into a big movie theater near you, they are making it into the film festivals and indie houses. Cinema Arts Center in Huntington remains the place to see foreign and indie films and other sorts of films you wouldn’t see in mainstream cinema. And film festivals such as Sundance and Tribeca have not only embraced the changes to technology but are on the cutting edge of it, experimenting with simultaneous releases of premieres to video on demand, full-fledged digital distribution, and interactive and transmedia film space.

“Storytelling is very participatory and I love movies but if you look at virtual reality there are no regulators, the audience member is the camera and that alters completely how we tell stories,” Ford said.

Since 2013, the Tribeca Film Festival has presented transmedia projects in a Storyscapes program, an interactive, web-based or cross-platform approach to story creation that encourages audience participation. For instance, the 2014 Choose Your Own Documentary by Nathan Penlington, Fernando R. Gutierrez De Jesus, Nick Watson and Sam Smail tells the story of Nathan Penlington’s discovery of a diary tucked away in a 1980s Choose Your Own Adventure book and his attempts to unravel it. Part comedy stand-up, part documentary, the audience played a vital role in the story. There were 1,566 possible versions and multiple endings, meaning every performance was different and the audience voted on the path the documentary took. 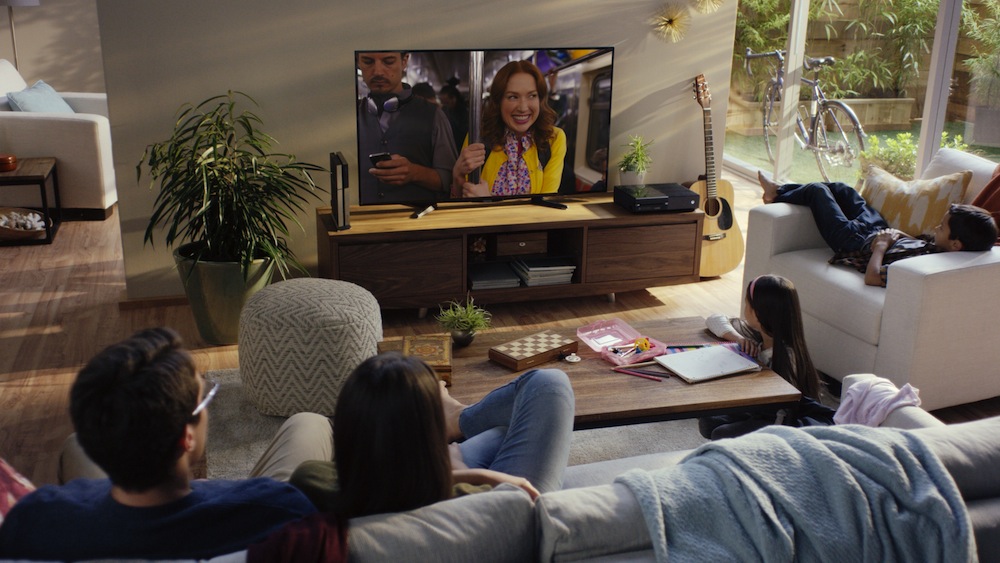 You settle into the perfect seat, a container of delicious overly buttered popcorn in hand, the lights dim and the latest blockbuster begins. Where are you? image: netflix

“My guess is in 2016 or 2017 Netflix or Amazon will announce virtual reality projects,” Ford said.

If that does come about it will likely be even more of an uphill battle to get people out to cinema.

“The way in which we watch films has changed tremendously,” Howard said. “To build a successful screening you’re not just seeing a film, you’re getting an experience and I think films will have to do that through transmedia specific for the Internet and interactive with the narrative.”

Still, there’s something to be said about sitting in that darkened theater with that container of overly buttered popcorn having the same emotions as the rest of the audience.

“Films are meant to be watched in community where you’re with other people such as in Beasts of the Sudden Wild in which Hushpuppy is saying goodbye to his dad,” Howard said. “That’s a universal moment, that people from all different walks of life experience the same beautiful moment.”