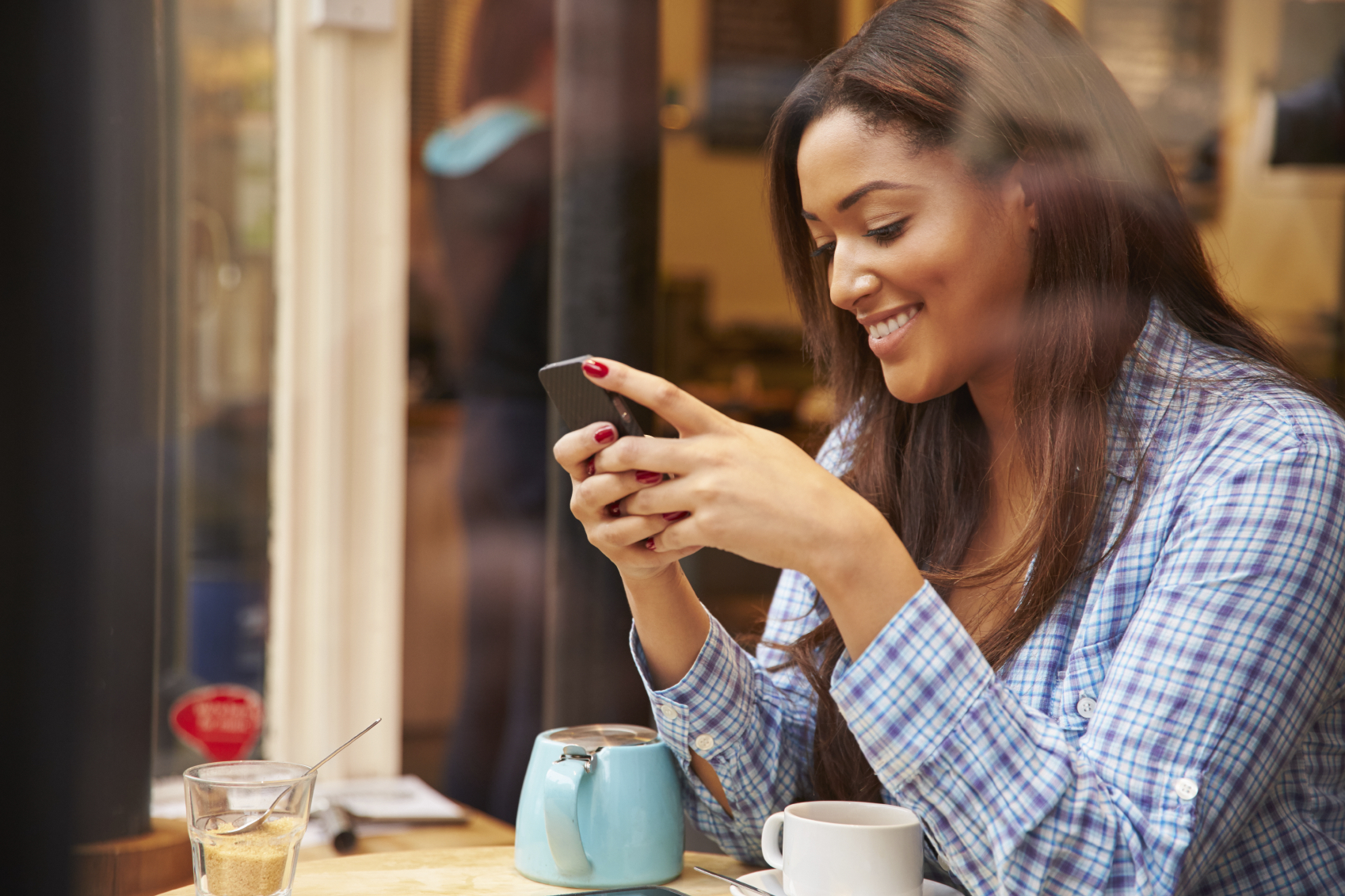 A look at society and a time when imagination and dreams were life’s greatest joys. image: monkeybusinessimages

I’ve always felt an affinity for Peter Pan. As a very young child, I envied his ability to fly and had an inkling that I too was a member of the Lost Boys in Neverland. I felt a connection to a land out of time and out of place, in which words gave rise to games and kingdoms that rendered daily life uniquely memorable.

As I grew older, my instinctive connection to the Pan took on a variety of forms: for a time, I believed I myself could fly (my happy thought? Flying itself). When the power of gravity proved to be unbeatable, I started believing that what I perceived to be dreams were actually mere glimpses of my adventures in Neverland. Eventually, feeling defeated by all the supposed adventures I forgot about once awake, I gave up on those Neverland-based exploits and opted for a more realistic embrace of all that is Peter Pan: I vowed to never grow up. Reality and the power of time passing ultimately set in and, accepting my inability to stay a kid forever, I pledged to, at least, forever think like one by always using my imagination. “Dream ginormous dreams,” I would tell myself, “And promise not to stop dreaming until those dreams become your reality.”

Related Content
The Most Instagram-Worthy Desserts in the Hamptons

In a today that has erased physical distances and has allowed us to become whoever we wish to be (at least while hiding behind a screen), it seems like I could stop dreaming. As a human race, we have created the tools necessary for all dreams to become realities: flying drones, instant communication, self-published and self-defined writers and directors, the concoction of human life in laboratories–we can do it all. Tell the world your dream, sit tight for a few months and someone will most likely have made it a reality. 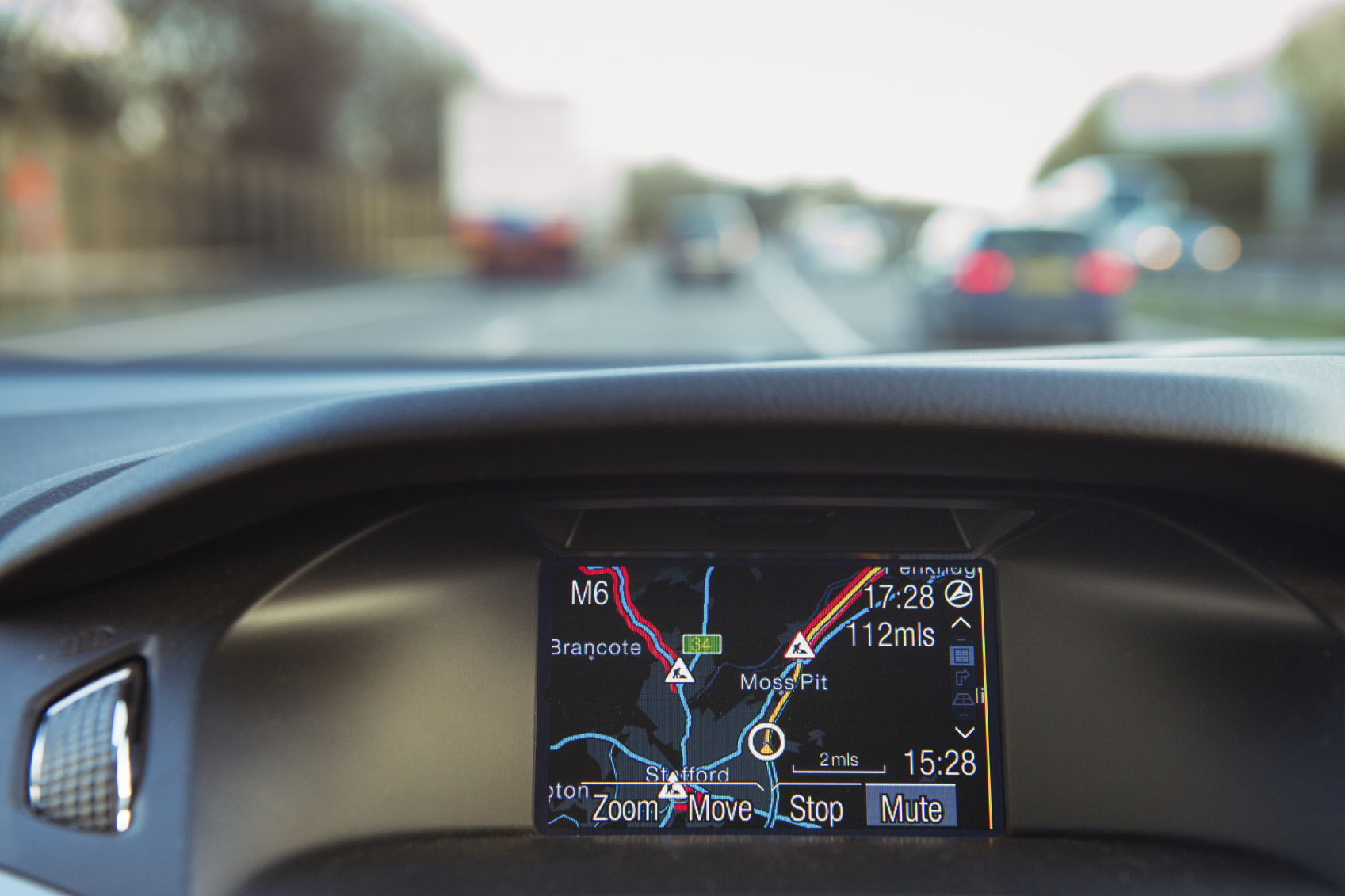 Technology has undoubtedly led to countless positive changes but at what cost? image: george glerk

But, as the laws of balance suggest, this power must come at a cost. What was the price tag? The loss of that very thing that initially ignited our thirst for turning dreams into reality: imagination. During our quest for finding more, we lost what we already had: the romance involved in living and dreaming. In short, we have killed Peter Pan.

This isn’t a plead for a collective return to the ways of the past. This is, rather, an ode to the lifestyles that were. In a society that sees immediacy, quantity and physicality as the pillars and emblems of a distorted perfection that we don’t even perceive as being distorted anymore, we lost our ability to feel, to really feel, those exact sentiments that propelled us to conquering the technological advancements that we now hold so dear… And this is my love letter to those exact sentiments.

Although technology has undoubtedly led to countless positive changes (reduced risk to human life, more efficient ways of transportation, redefined modes of communication), it seems to have taken away our ability to think, because things (whether Google, Siri or your car’s GPS) can now do all the thinking for us. Who needs imagination when outlandishly and superficially unbelievable things can take our breath away at every moment?

And, by losing our ability to think, we have come to see the world in black and white. Gray, after all, requires lots of imagination. This black and white world also comes at a price:

No longer do we describe food through carefully selected and thought-out adjectives: our pasta dish isn’t sweet, salty, tangy, refreshing or boasting a smell that takes us back to our trip to Italy. Instead, that pasta dish is a photo associated to a few stars that function as mathematical ratings (these days, consuming a meal doesn’t count unless posting a photo about it). 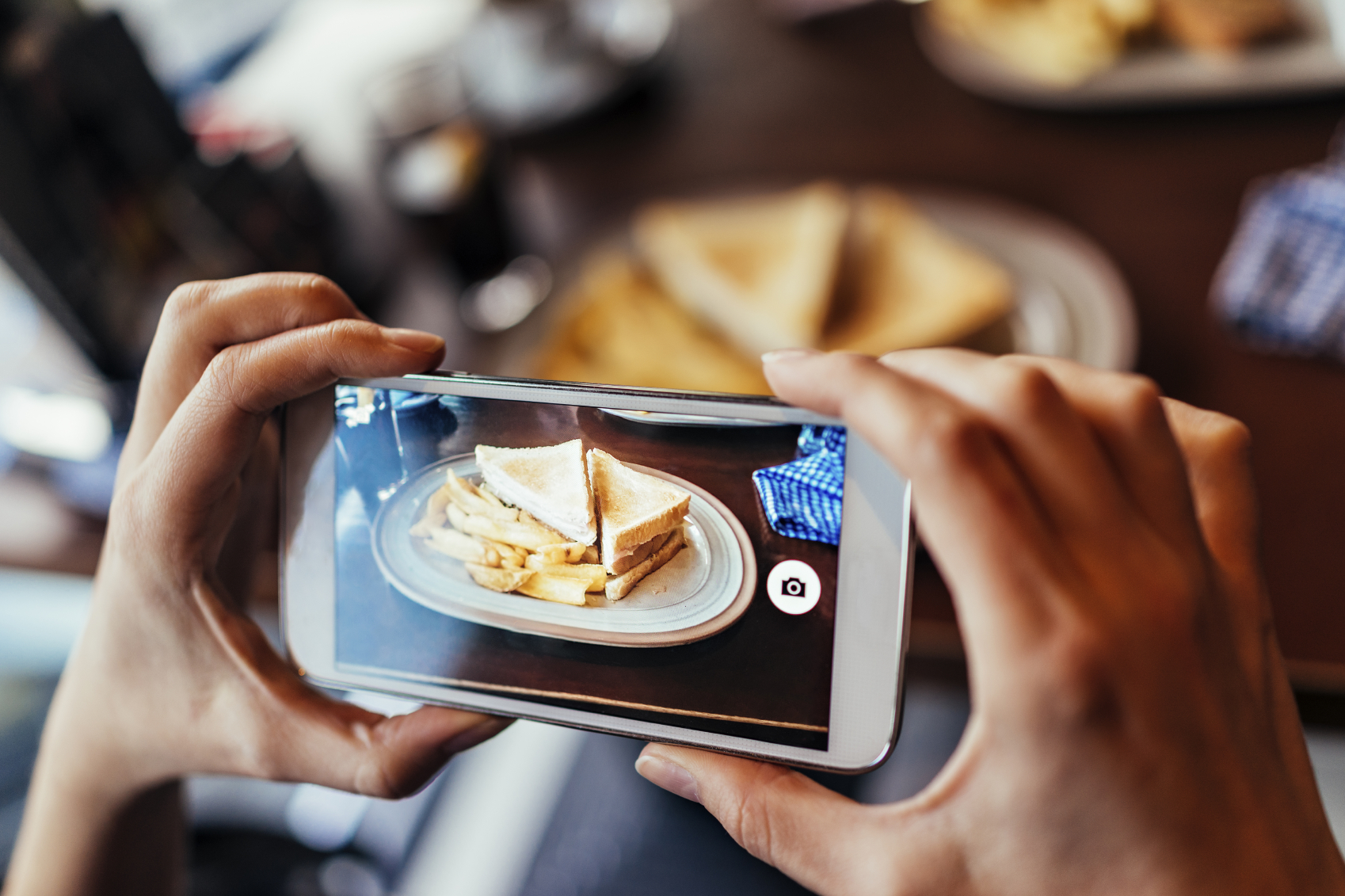 No longer do we describe food through carefully selected and thought-out adjectives. image: geber86

No longer do we binge on emotions without worry. The excitement, sadness, nostalgia and uncertainty associated to the beginning stages of love are a thing of the past. Who needs small talk and “getting to know you” conversations when where are you from? What do you do? How old are you? What color is your hair? How about your eyes and how tall are you? are inquiries covered by a scientific-looking questionnaire found on yet another screen and dating site? “Don’t fret the small stuff,” JSwipe’s and OKCupid’s creators tell us, “We’ll fret the small stuff for you.” My question: isn’t the importance you place on the small stuff positively correlated to the final results that you are asked to fret about?

No longer do we feel the need to have meaningful conversations about violence, health, friendship, love and the environment, because words have lost their meaning and power in a world devoid of dreams and imagination. And the few times that conversations are had, they are stripped down to meaningless rationalizations that are detached from the inflections of speech and body movements that used to be an integral part of your overall argument (we are, once again, hiding behind objects).

As adults, we used to inspire, propel and excite the children around us. Now, we shove them on the couch with the latest iPhone hoping to guide them towards the most stimulating parts of life, only to find ourselves sitting right next to them with that same apparatus in our hands, doing what we wish for them not to do: watching others live their lives while we let ours pass by. I used to dream of being Peter Pan and now, not only have I forgotten about him, but I have forgotten what dreaming is. 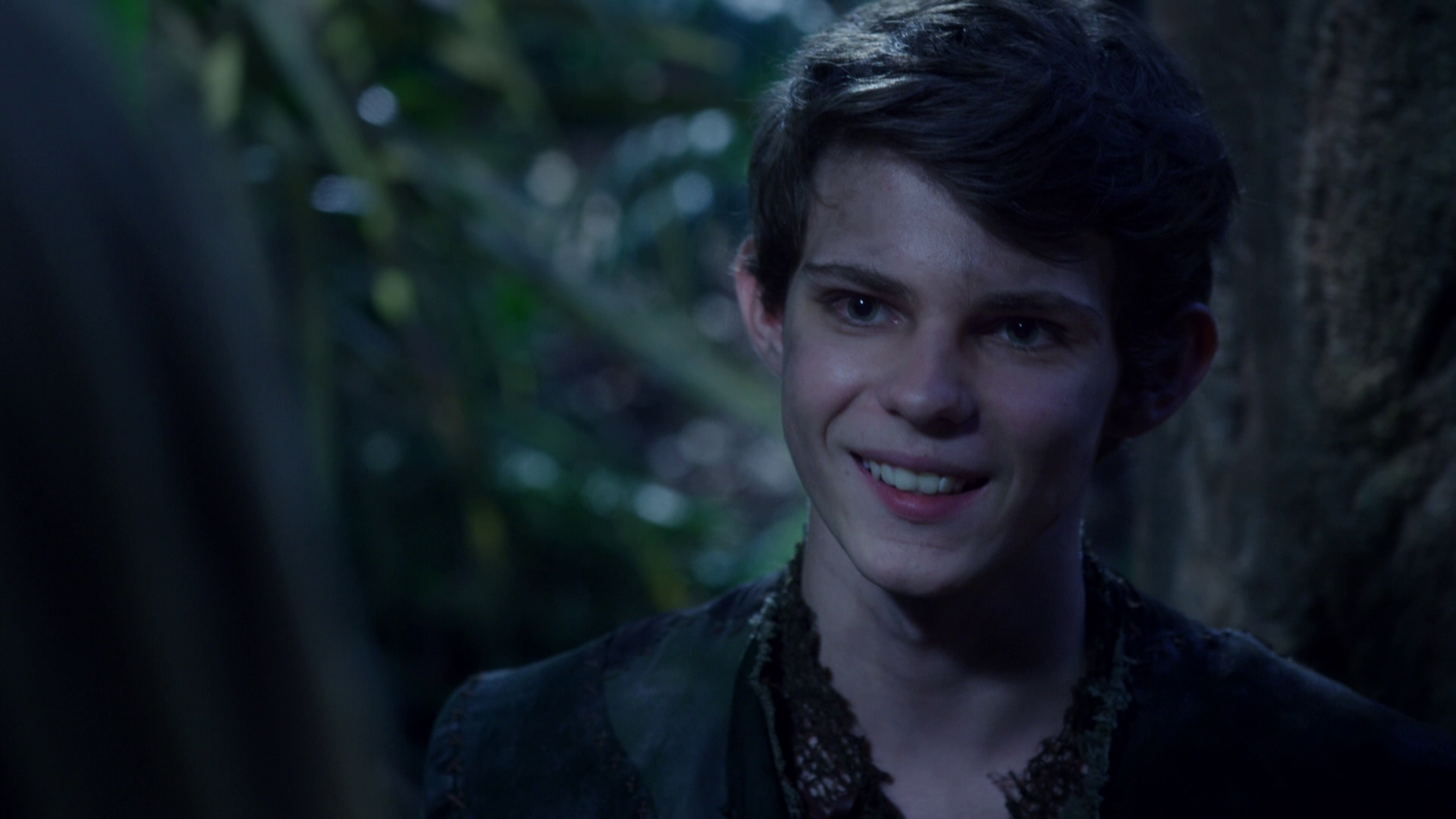 “To live will be an awfully big adventure.” image: once upon a time/abc

Somewhere between our permanently turned on TVs, our seemingly enticing iPhones, never-ending shiny new objects and dream-less lives, we have lost an excitement for living. That passion, that adventurous spirit, those butterflies in your stomach, that feeling of having conquered, really conquered something…we lost that. Can we gain it back? Can we reconquer an imagination that was lost because all that we ever imagined and hoped for is right in front of us? I hope so.

To start, let’s put down the iPhone and pick up a passion. Choose your poison and always vow to be thirsty for it. Don’t watch others do, but commit to taking action yourself. Don’t post a picture about it but actually taste it, cry about it, destroy it, fall in love with it or just give up on it, but, please, live it. After all, as Peter Pan said himself, “To live will be an awfully big adventure.”