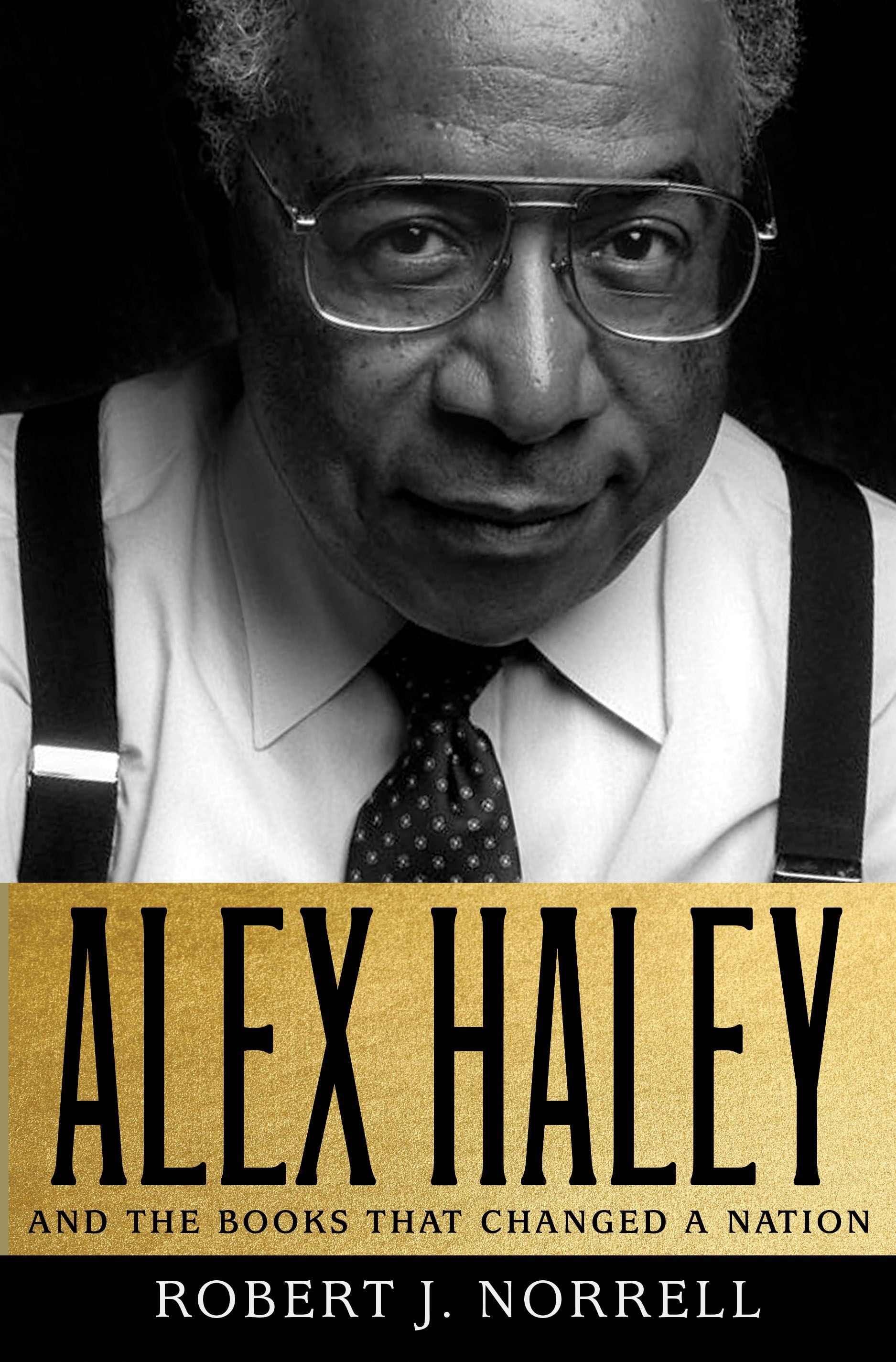 Arguably one of the most influential writers in American history, Palmer Alexander Murray Haley catalyzed a shift in interracial relations in the country through two much-discussed books: The Autobiography of Malcolm X (1965) and Roots (1976). Now, in the first biography focusing on the author, Alex Haley and the Books That Changed a Nation, Robert J. Norrell chronicles Haley’s rise through the ranks of the Navy and, eventually, through journalism’s highest echelons.

Born in 1921 into a wealthy Irish-African American family, Haley was mostly raised by his grandmother, who instilled in him a love for storytelling. As an adult, Haley would recall hiding behind rocking chairs on his grandparents’ front porch, listening to tales of “the African” and of slavery.

In 1939, after rejecting his professorial father’s request to pursue an education, Haley (by now referring to himself as “Alex”) joined the Coast Guard. Because of racial mores of the time, few onboard jobs were open to African American men, so he worked as a steward while also searching for assignments as a magazine writer. Ultimately, he came under the command of a “boss” who demanded help with letter writing; his skills honed, Haley landed a job as a press officer for the Coast Guard.

By 1960, Haley left the Coast Guard and a wife to focus “intensively” on magazine writing. Just two years later, his reputation as an author was set, “linked in part to the growing notoriety of the Nation of Islam (NOI).” Through an assignment, he became good friends with Malcolm X and began working together on a book.

The process of writing The Autobiography of Malcolm X was a long and frustrating one that eventually led to the writing of Roots. Almost forty years later, that process is still being scrutinized: how much of Roots was truth? Was Haley guilty of “borrowing” from others’ works?

And that, of course, is still–almost 40 years later–loaded with controversy: how much of Roots was truth?  Was Haleyguilty of “borrowing” from others’ works? The answers lie somewhere inside Alex Haley and the Books That Changed a Nation.

Indeed, Alex Haley was a complicated writer: time and again, he ignored deadlines and sometimes facts to craft a story. That becomes an important point within this biography: he obviously tested the patience of others in many ways, which is astounding and makes it interesting to see how two of the twentieth-century’s most iconic books came to be. Truth or fiction, those two works, as author Robert J. Norrell proves, absolutely shook up the status quo of culture and history.

Unlike many biographies that portray their subjects as too perfect, Alex Haley and the Books That Changed a Nation keeps things real. If you’re up for a well-told, warts-and-all bio, this one will have you rooted to your seat.