When Terry Scarlatos announced he was opening Toast Patchogue, people warned him it was a “night town.” He was unphased.

“I really felt it was missing what we do. I thought if we build it, they will come,” Scarlatos said.

Come, they have. When I arrived at Toast Patchogue on a Tuesday at 10am, nearly every table was full. As Scarlatos and I chatted about the new spot, which like the original and wildly popular Port Jefferson location uses eclectic mugs and has walls full of art, even the bar area filled up.

Since it’s really not a matter of if you’re going to go to Toast Patchogue but when, I got Scarlatos to dish on the five things you need to order. Four are exclusive to the new location and one was too delicious to leave off the list. 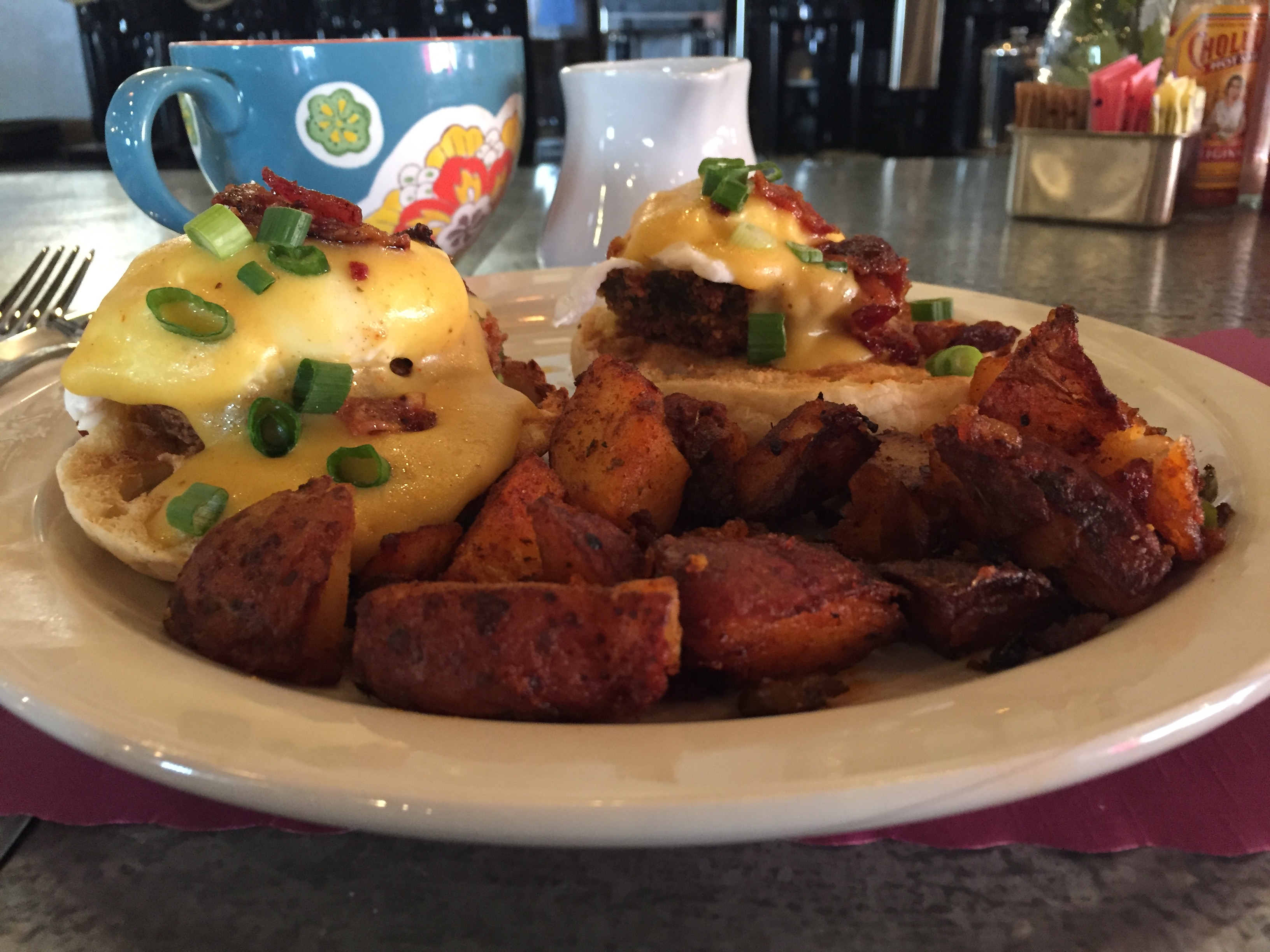 Your favorite omelets and scrambles from Port Jeff are available, but egg enthusiasts will want to give The Splendid Benedict a try. Two organic poached eggs, an avocado fritted, olde style hollandaise and maple bacon crumbles top a toasted english muffin for a smooth, smoky start to your day.

The Apple, Brie & Bacon Grilled Cheese, served on multi-grain bread with fries or a salad, happened by accident and has Scarlatos feeling nostalgic every time he takes a bite. “Every once in a while as a chef I come across a flavor that feels so familiar…it reminds you of being a kid. This to me was that,” he said. “This reminded me of being a kid and biting into something crunchy but at the same time getting the apple sweetness and the brie is a smooth creamy center.” 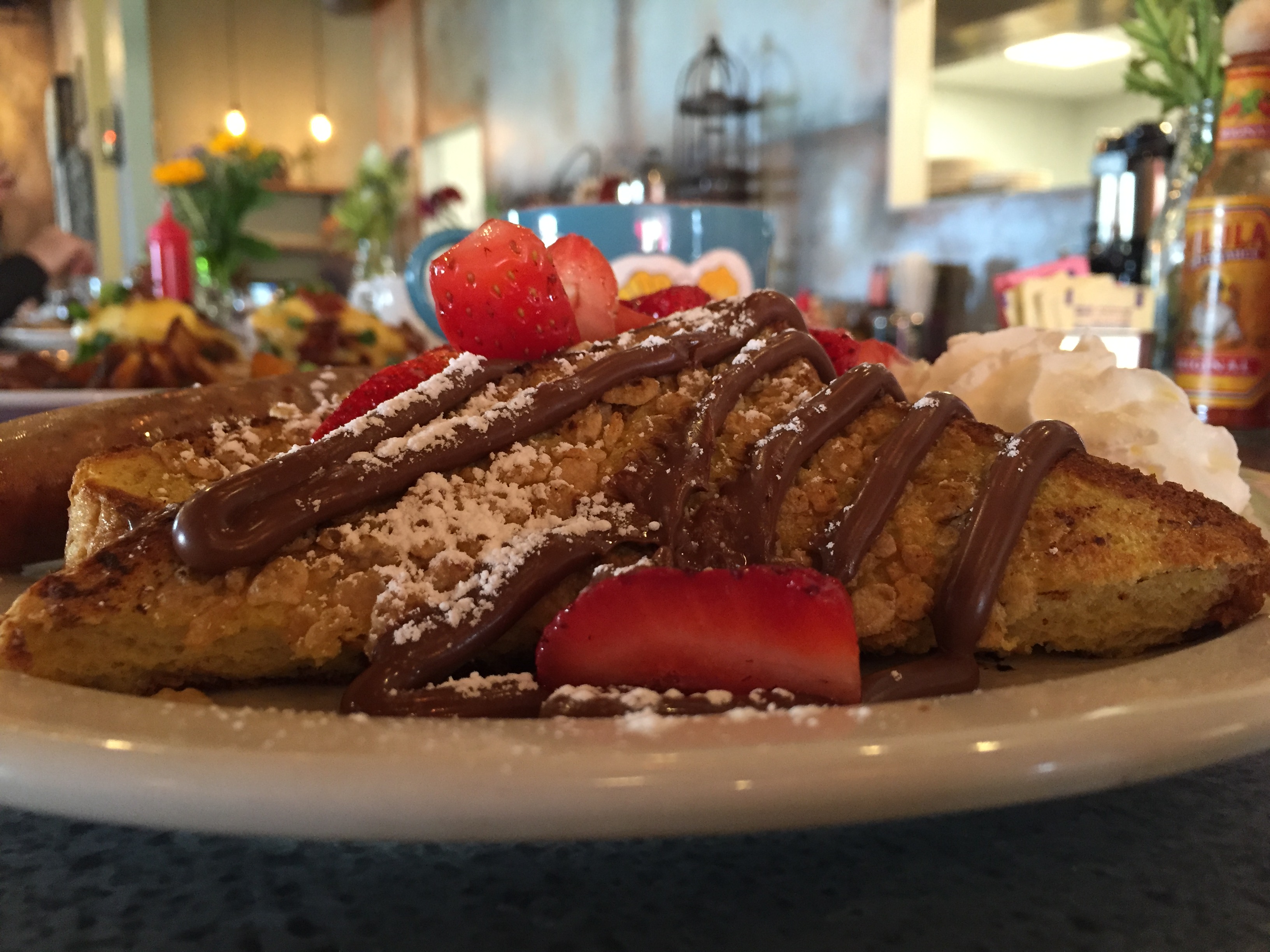 Topped with fresh strawberries and a nutella drizzle, The Krispy Nutella tastes even better than it looks on Instagram.

People flock to Toast for the Krispy Nutella, so Scarlatos knew he had to serve it at Toast Patchogue. Topped with fresh strawberries and a nutella drizzle, it tastes even better than it looks on Instagram. “We actually coat it in Rice Krispies and then we grill it,” Scarlatos said. “We get that crispy, that crunch, combined with the sweetness of the strawberries and the hazelnut flavor from the nutella makes a really nice combination.”

If you’re a late bruncher, especially one who can’t help but eat breakfast first, sink your teeth into the Brunch Burger. “It’s very decadent and has such a strong flavor profile,” Scarlatos said of the dish that’s 8oz of meat with a poached egg and hollandaise sauce on an English muffin. “It’s the flavors of breakfast combined with lunch. I think it’s the ultimate brunch meal.” 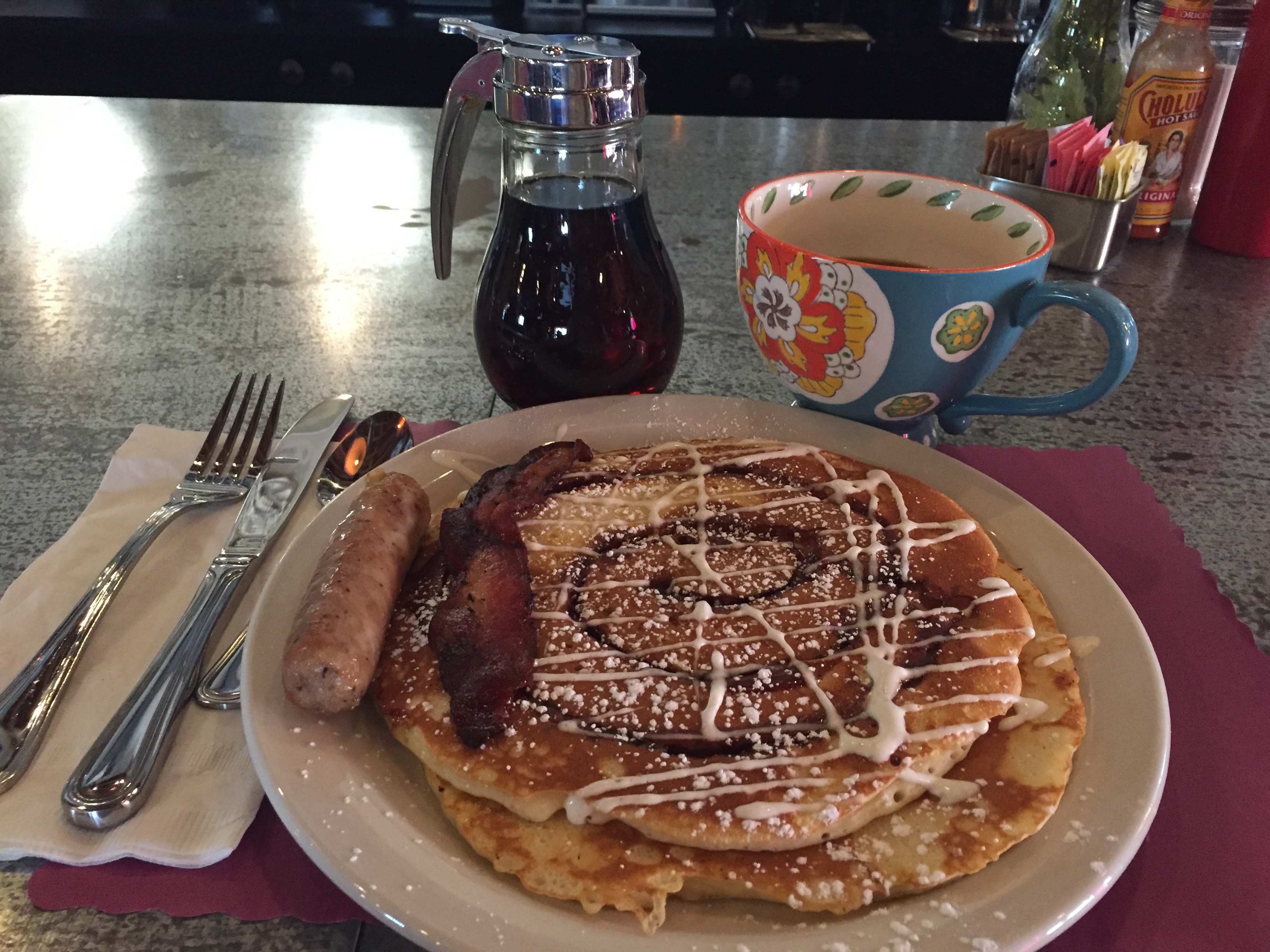 Flapjack fanatics and those who never met a Cinnabon they could resist are sure to go crazy over the Cinnamon Swirl Pancakes.

Flapjack fanatics and those who never met a Cinnabon they could resist are sure to go crazy over the Cinnamon Swirl Pancakes, first made by Chef Vinny last fall. “He made a really great cinnamon bun center and we swirled that into the pancakes and it baked into it to create a unique taste that’s similar to a cinnamon bun,” Scarlatos said.