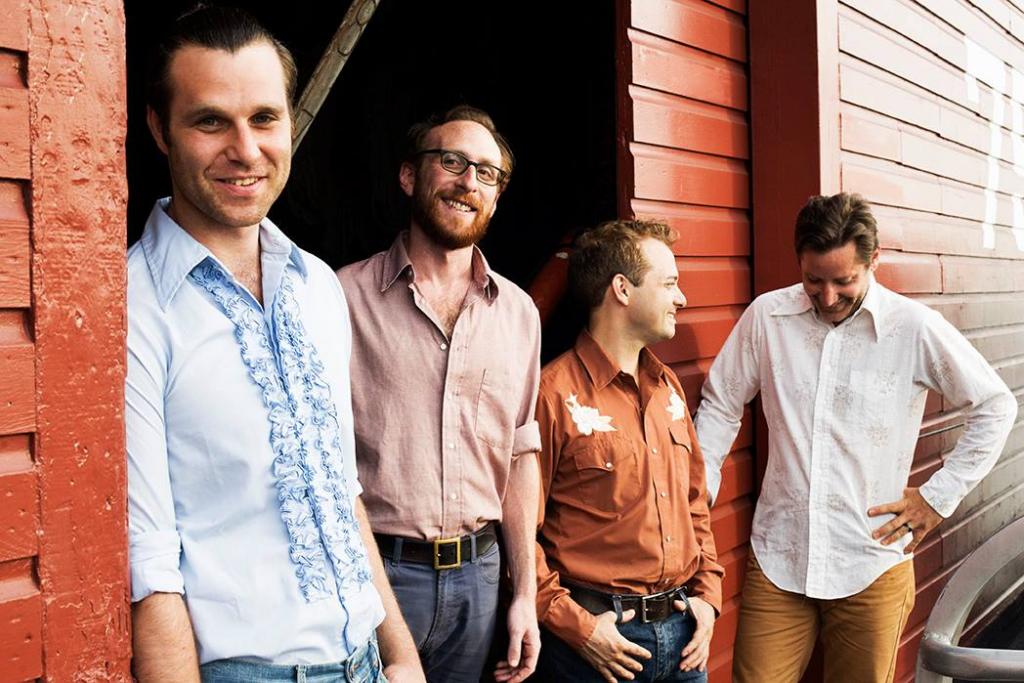 Taking audiences back to the kind of music that matters, one that relies on an artist’s musical abilities over modern-day production pyrotechnics, Americana band Roosevelt Dime originally found its sound by busking the streets of New York City. This month, the quartet takes over Long Island on Jan. 16 when performing at the Landmark on Main Street as part of WFUV’s “On Your Radar” show.

Here, I chatted with banjo player Andrew Green about the band’s origins, the shifting nature of the music industry and much more.

Long Island Pulse: How did the band come to be? When and how did you all get together?
Andrew Green: Eben [Pariser, on vocals and electric guitar] and I went to Oberlin College together and played in some blues bands together while there. Then we both settled in Brooklyn. We met Tony [Montalbano, on drums] shortly after and began writing and playing together around 2008. In addition to producing our own work and making the round of the New York City clubs, we did a lot of busking, or street performing. We took that New Orleans style and tradition but filtered it through the streets of New York City. The whole space and volume of the city streets really informed our sound and led us in some directions that a band on Royal Street may not have went. Even though we’re not playing on the street anymore, that experience of drawing people in and lifting them up still influences our approach to performing and writing.

Pulse: What inspires your music?
AG: We’re inspired to create music that moves us emotionally and physically and, when we feel that ourselves and bring it out in each other, then chances are [that] the audience is going to feel it [as well]. It’s also important that our songs feel contemporary and speak to the times in which we live. Though we love traditional American music and it forms the backbone of much that we do, we’re not looking to be a revival act or archivists of those styles. Many of our biggest shared influences are artists that similarly take those traditional elements and make them their own.

Pulse: Do you feel like the Internet in general and streaming in specific have changed the music industry?
AG: Music has become so ubiquitous. You have access to virtually the entirety of recorded music in your pocket while you’re riding the subway or hiking in the woods. So, I think that’s placed a premium on live performances, where it’s an ephemeral and communal experience. The bands that can really deliver a powerful performance that transcends what can be captured on a recording are the ones that are thriving in this environment. We really take pride in the recordings and other content we produce, but you’ve got to come out in person to get the full experience.

Pulse: What is your favorite city/venue to play?
AG: We always love our hometown shows in New York City since there are so many old friends and familiar faces that come through and we’ve got a network of great musicians who will sit in. And, though the band is still based [in New York], a few of us have since relocated, so New Haven and Charlottesville have become home bases that show us lots of love. We’ve also got incredible fan bases in places like DC, Boston and Portland. When we’ve traveled further afield to places like Colorado and California, it’s been interesting to see how they differ from the east coast fans. Generally, any city that has some good late night food is always a favorite of ours, so that we can grab a post-show meal.

Pulse: What can we expect from your show at the Landmark on Main Street?
AG: You can expect a really high-energy performance that you can just open up and dance to. Or, you can really focus in on the message of the song. There’s so much hard work that goes on behind the scenes with the travel, logistic [and] rehearsing that when we finally take the stage, it’s such a joyful and cathartic experience for us and we try to pass that feeling on to our fans.

Pulse: What’s next for you guys?
AG: We’ve been writing and arranging new material that really showcases our style and sound and we’ll be releasing some of that material this summer. In the meantime, we’ll be touring nationwide and trying to spread some joy and inspire people every time we take the stage.